Mari Gras is next week! Do you celebrate Mari Gras? 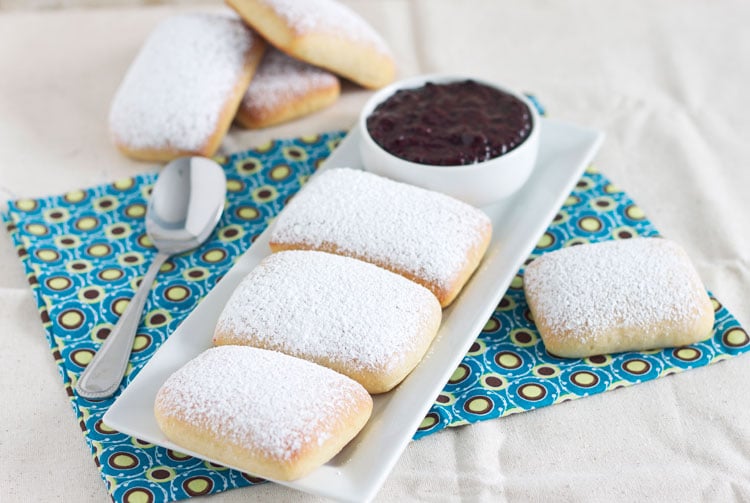 Typically I don’t do much. When I was growing up my mom would always make either red beans and rice or jambalaya on Mari Gras. I figure I will continue the tradition and make some jambalaya this year. I was feeling a little more festive than usual this year and decided to try my hand at beignets. 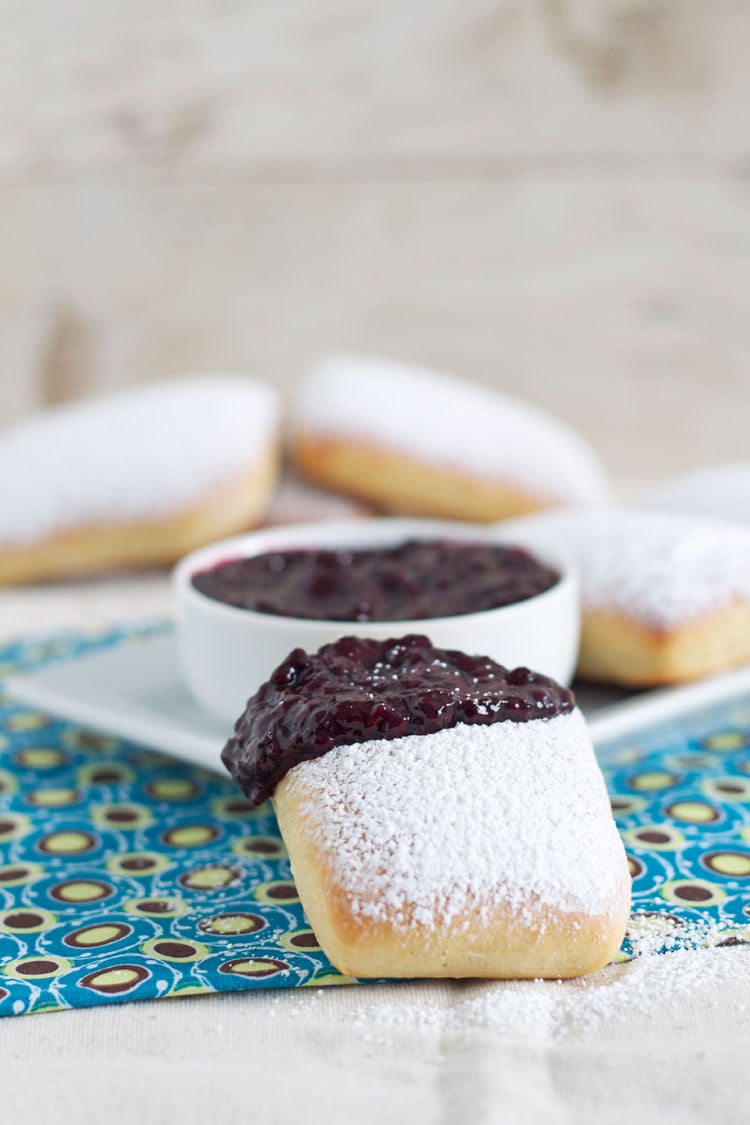 These aren’t your average fried beignet, but rather they are baked. I didn’t want to go through all the fuss of frying the little pillows of dough, plus by baking them I could have a few and not feel bad afterwards! 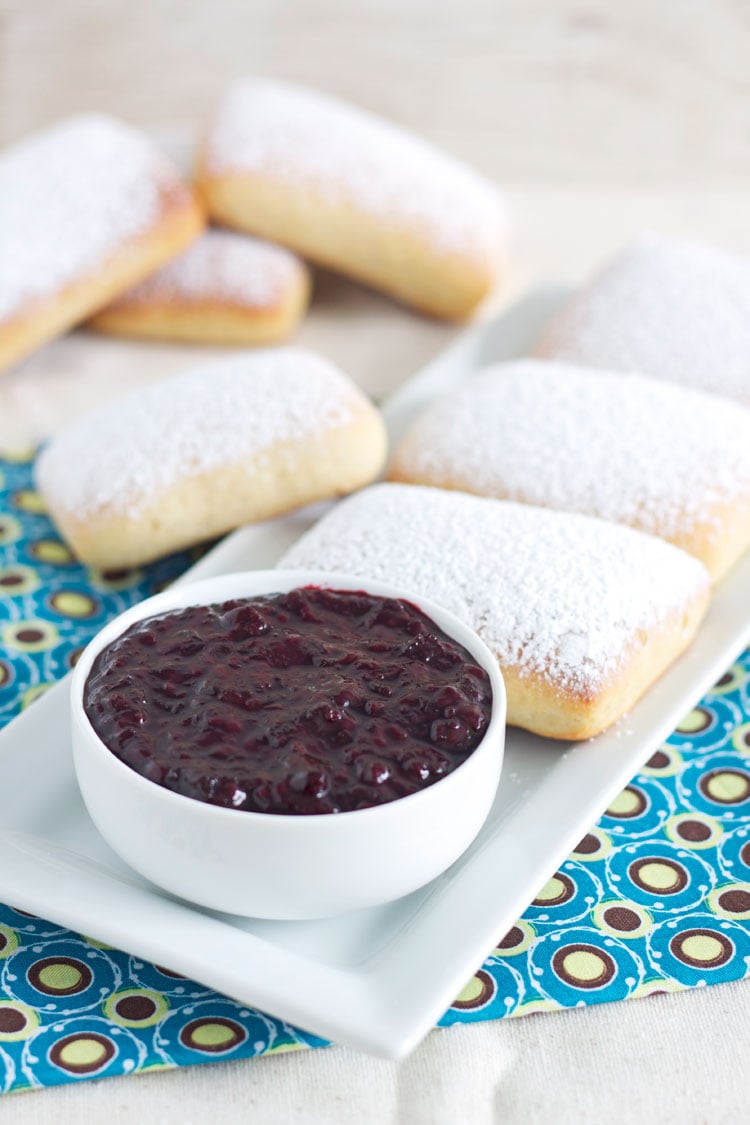 When I decided to bake the beignets I went to one of my favorite food bloggers to see how she did it.  Jenna has a great website called Eat, Live, Run and her oven baked beignets were just the inspiration that I needed for my own. 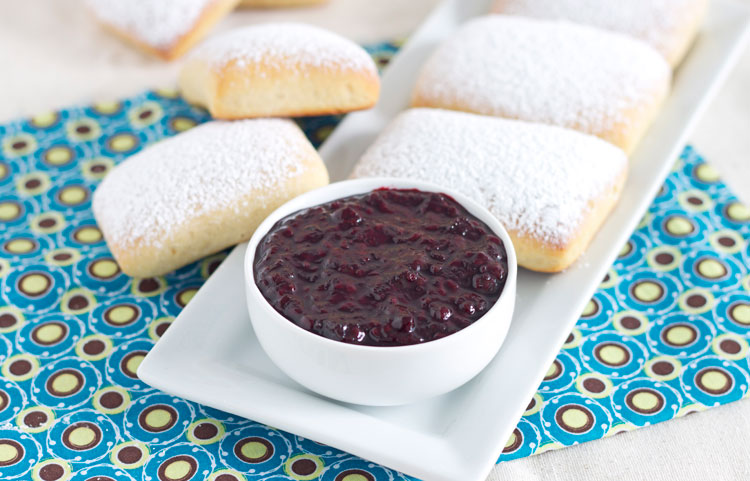 Some of the changes that I made to the recipe were, cutting the proportions in half so I wouldn’t have so many of these heavenly treats staring at me, replacing some of the all purpose flour with whole wheat, replacing a tablespoon of butter with Greek yogurt, and adding a teaspoon of vanilla bean paste. The beignets turned out wonderful! They had a crispy exterior and a super moist, light middle. I topped the beignets with the traditional powdered sugar, but then I couldn’t leave well enough alone. I decided these beignets needed a little something special to be spread on them. What better than a blackberry vanilla bean jam spiked with Bourbon! The jam was DELICIOUS! I think I could have just sat there with a spoon and ate the whole jar. The vanilla bean and bourbon really brought the jam to life and turned it into something special. I love foods that have depth of flavor and this jam was one of them. After devouring a couple of the baked vanilla bean beignets with the blackberry bourbon vanilla jam (longest title ever!), I decided to look up a little history on beignets, here are some of the things I discovered. 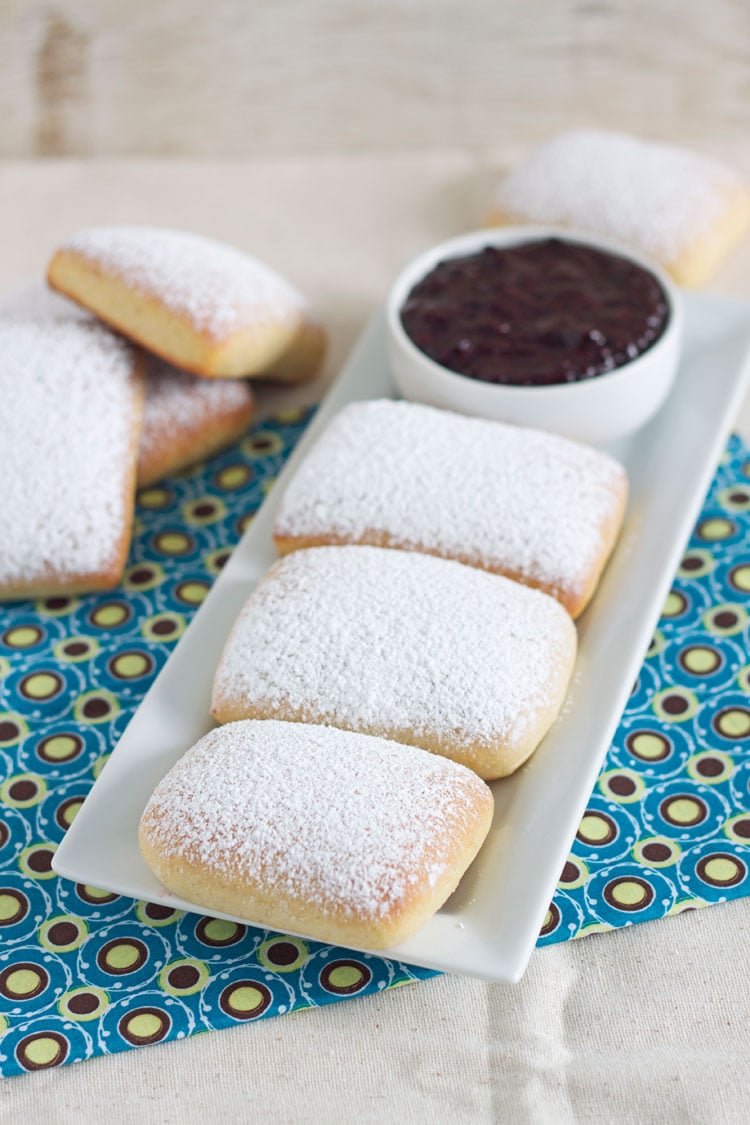 2. French settlers brought beignets with them when they migrated from Canada to a region called Acadia.

3. Many years later Acadians settled in Louisiana bringing the beignets with them.

4. Beignets are synonymous with the English fritter and were sometimes filled with fruit

6. Beignets are served hot because the dough hardens quickly and becomes heavy.

However you choose to celebrate Mari Gras make a little time to bake up a batch of these baked vanilla bean beignets and don’t forget the blackberry bourbon vanilla jam! 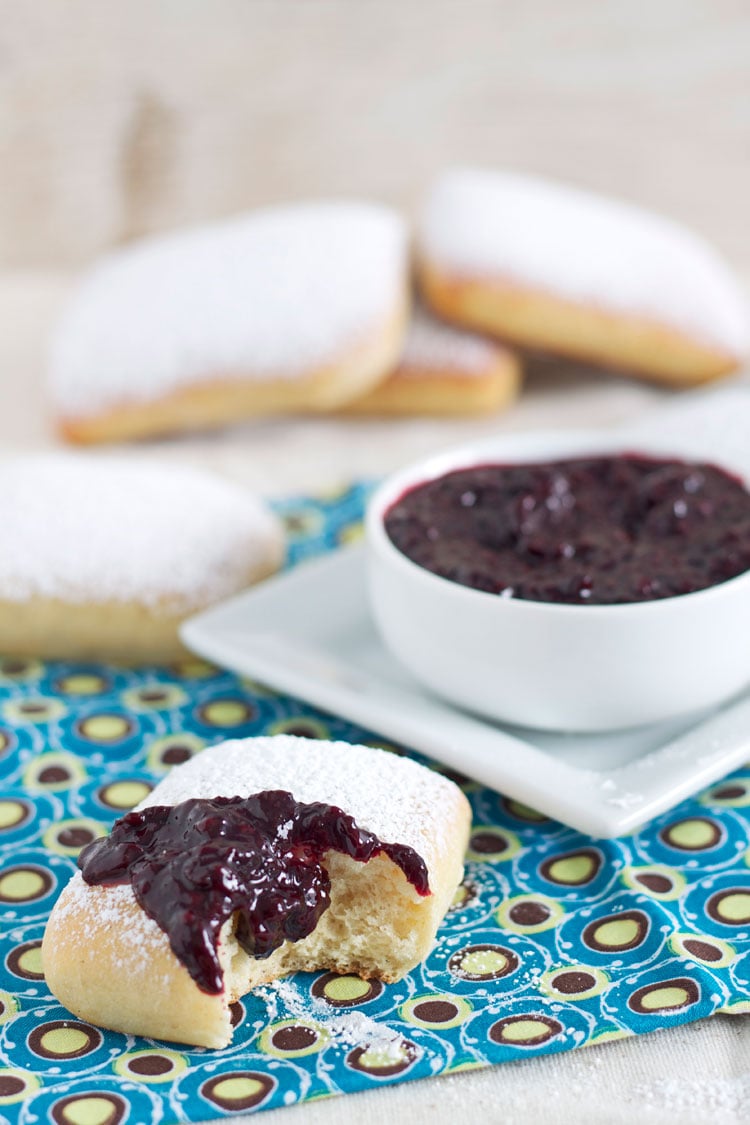 For the Blackberry Bourbon Vanilla Jam

To Make the Jam

To Make the Beignets

Whole wheat flour is optional, if you don't have it use all regular flour.

You can also use a stand mixer to help knead the dough, but you will probably still need to knead it for a couple minutes by hand.

If you don't have bourbon for the jam or don't want to use it, you can omit it and the jam will still taste wonderful.

Red Beans and Rice– The Kitchn

This website uses cookies to improve your experience while you navigate through the website. Out of these, the cookies that are categorized as necessary are stored on your browser as they are essential for the working of basic functionalities of the website. We also use third-party cookies that help us analyze and understand how you use this website. These cookies will be stored in your browser only with your consent. You also have the option to opt-out of these cookies. But opting out of some of these cookies may affect your browsing experience.
Necessary Always Enabled
Necessary cookies are absolutely essential for the website to function properly. These cookies ensure basic functionalities and security features of the website, anonymously.
Functional
Functional cookies help to perform certain functionalities like sharing the content of the website on social media platforms, collect feedbacks, and other third-party features.
Performance
Performance cookies are used to understand and analyze the key performance indexes of the website which helps in delivering a better user experience for the visitors.
Analytics
Analytical cookies are used to understand how visitors interact with the website. These cookies help provide information on metrics the number of visitors, bounce rate, traffic source, etc.
Advertisement
Advertisement cookies are used to provide visitors with relevant ads and marketing campaigns. These cookies track visitors across websites and collect information to provide customized ads.
Others
Other uncategorized cookies are those that are being analyzed and have not been classified into a category as yet.
SAVE & ACCEPT
Skip to Recipe
1610 shares