I love foods that have little surprises hidden in them like these Banana Almond Stuffed Muffins. 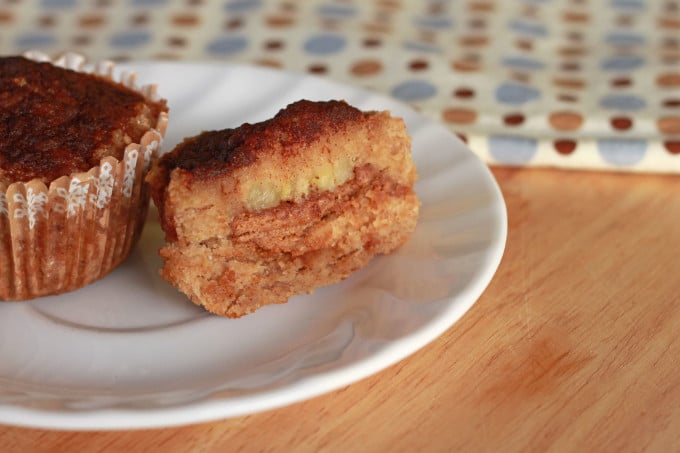 It’s kind of like opening a present only this present you are eating your way through to find out what’s inside. 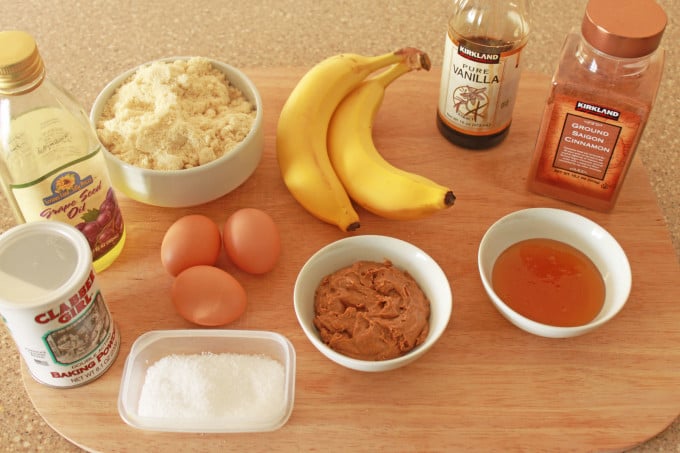 When I came up with this recipe it was actually an idea that was sparked by looking at several recipes, not being able to pick just one, and then thinking to myself “why not just combine them all in to one”, brilliant! 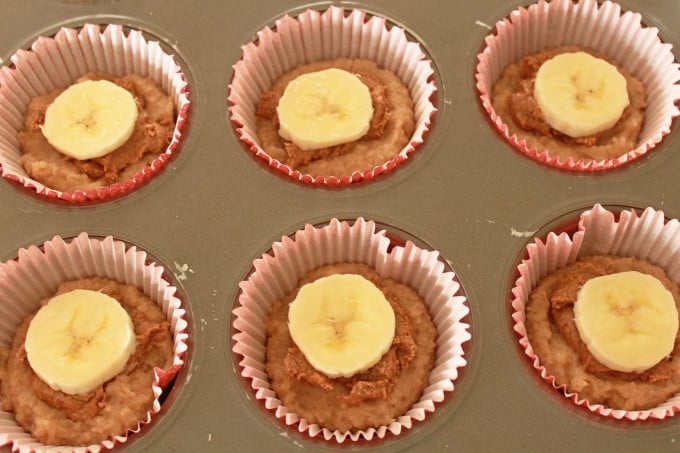 These muffins are made using almond flour and sweetened only with bananas and honey. I love banana anything so of course I had to make a banana muffin. Then, I was looking in the fridge and saw I had a little almond butter left and thought lets take this a step further and put a spoonful of almond butter in the middle of these with a slice of banana. It would be the perfect unexpected surprise in the middle of the muffin! 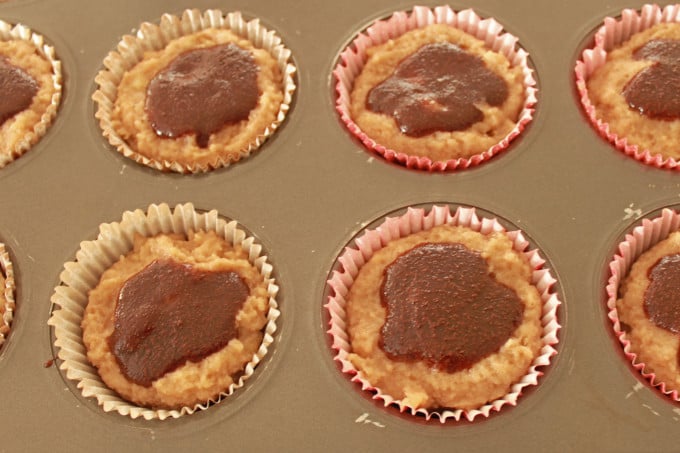 If that wasn’t enough I thought to myself how good a cinnamon roll topping would be on these. I found the perfect topping over at Elana’s Pantry. I substituted honey for the agave nectar, but either would work fine. 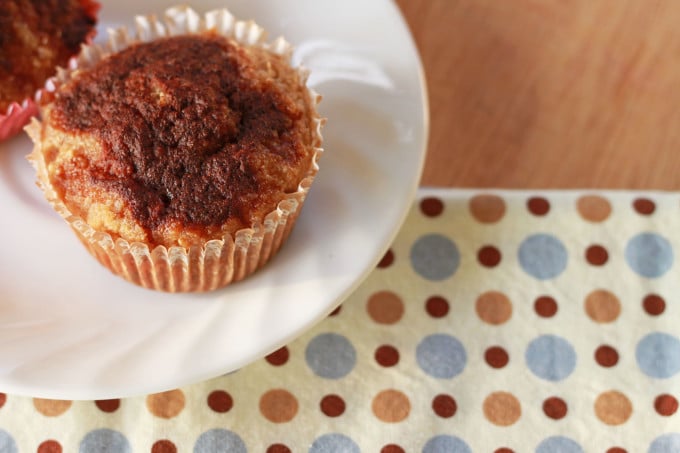 The final result was amazing! I don’t usually like to toot my own horn, but I loved these muffins! They are definitely a keeper and will be made again along with many other muffins filled with surprises! 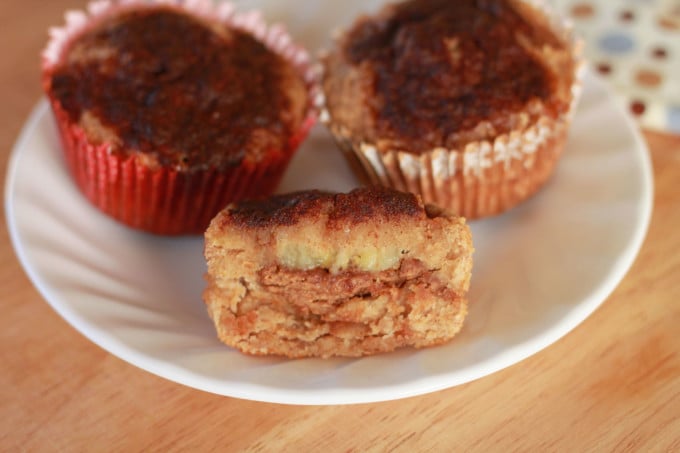 Assembling and Baking the Muffins 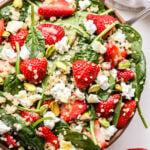 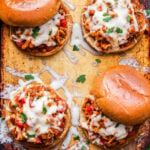 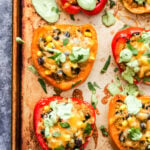 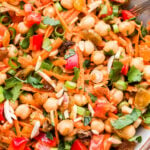