I love spring! Not just because of the warmer weather and the leaves returning to the trees, but also because berries start coming back into season. I of course love apples and citrus, but after a while I get a little tired of them. A girl can only bake so much with citrus, but with berries, the possibilities are endless. These Berry Crisps for Two are a perfect example of one of the many delicious and simple desserts you can make with berries. 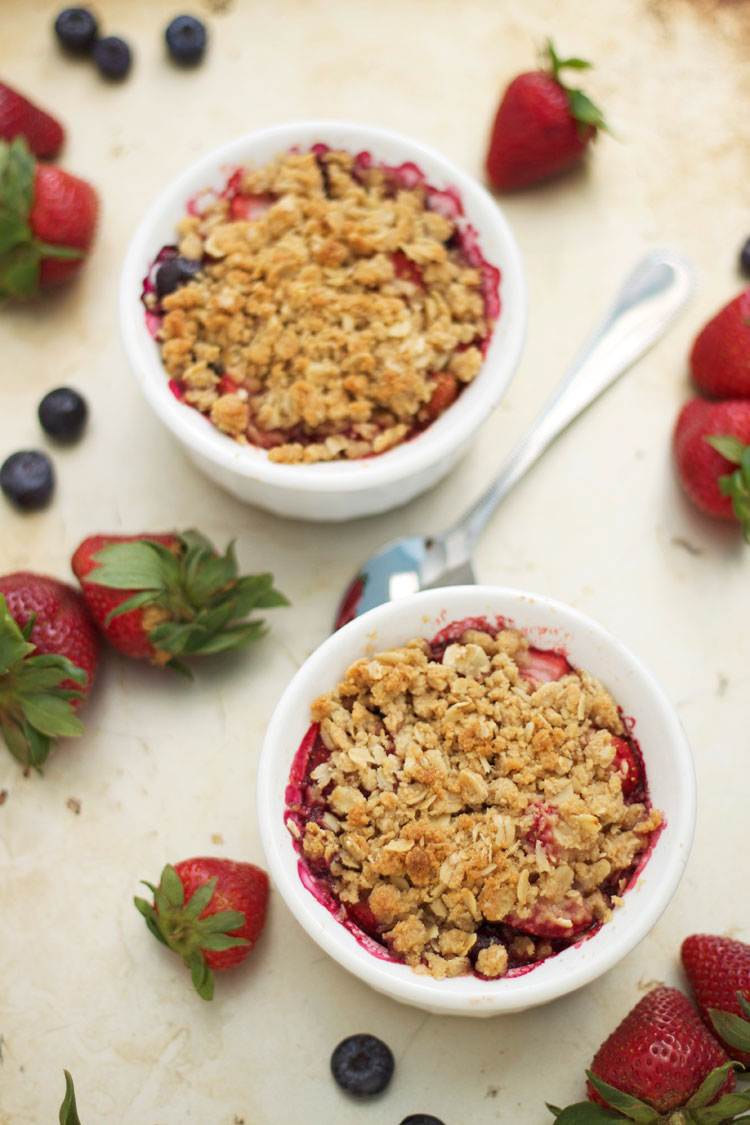 Crisps have to be one of my favorite desserts. In the fall and winter I can’t get enough apple crisp, in spring I love making these Berry Crisps for Two, and in summer there must be peach crisp. I love the sweetness of the fruit combined with the crumbly, crisp, sweet topping. Generally my motto is the more crumb topping the better, but with these I really wanted the sweetness and flavor of the berries to be the star, so I went lighter on the topping. 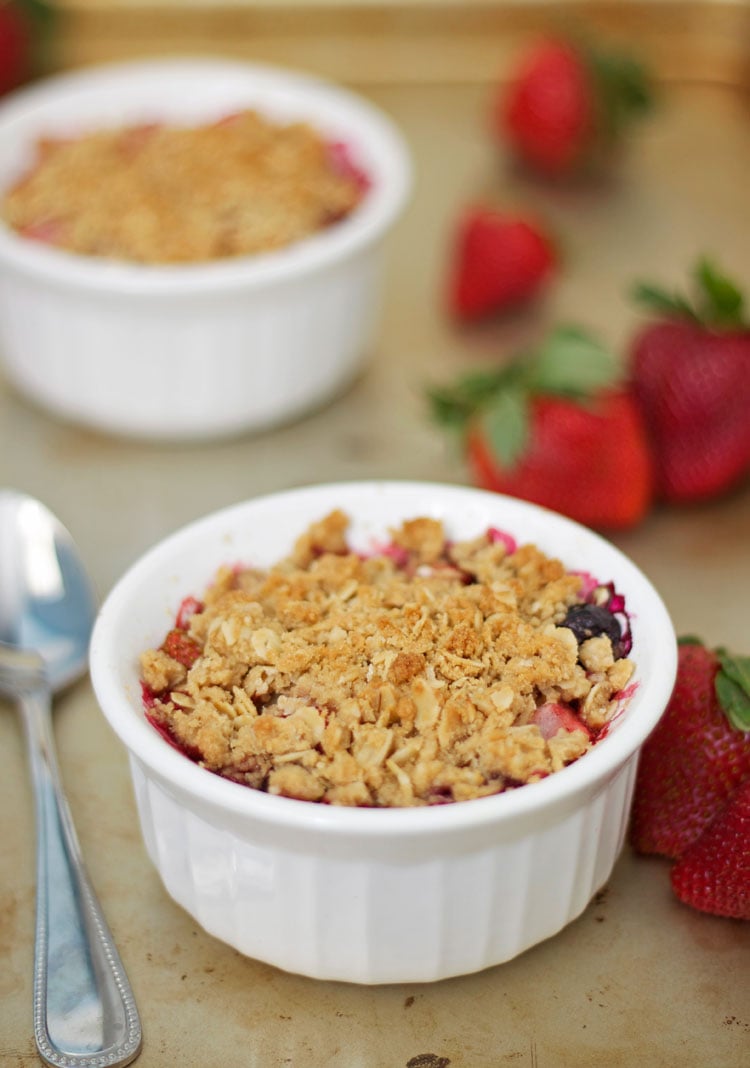 To make the Berry Crisps for Two I diced up a cup of fresh strawberries and combined them with half a cup of fresh blueberries. I added a couple teaspoons of sugar to sweeten the berries along with a touch of cinnamon and vanilla bean paste. To help thicken the berries because they can get quite juicy in a crisp, I added a couple teaspoons of cornstarch. Now for that topping! I combined whole wheat flour, oats, brown sugar, and a pinch of salt. Then using my hands I worked in a tablespoon of cold butter until the topping was nice and crumbly. I put the berry mixture into two seven ounce ramekins sprayed with cooking spray and topped them with the crumbly topping. I baked them in the oven at 375 degrees on a baking sheet for about 20-25 minutes. 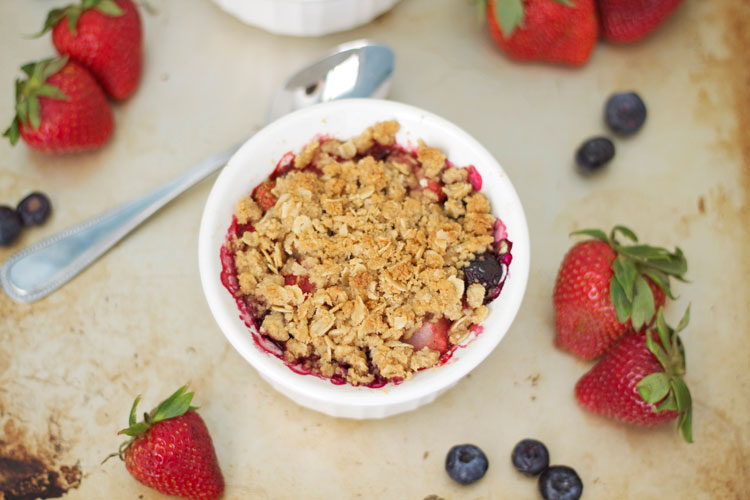 The smell of the berry crisps was amazing. The sweetness of the berries combined with the cinnamon, oats, and butter was enough to make me start salivating! I pulled them out of the oven and could hardly wait for them to cool. I knew waiting would be best since there was boiling berries underneath and I wanted to save my tongue and be able to taste food the rest of the week. Once they were cooled, I dived in. They were everything I had been been waiting for all winter. Sweet, warm, comforting, and full of that wonderful berry flavor! 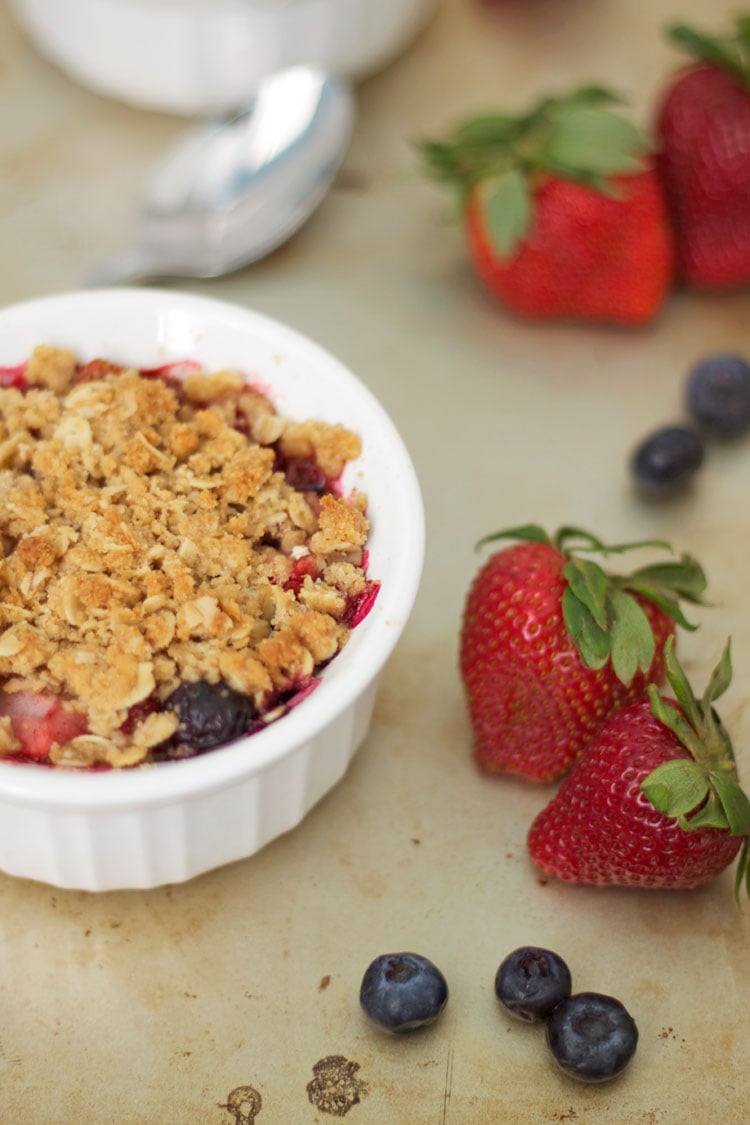 I ate my berry crisp by itself, but if there had been any vanilla ice cream in my freezer I guarantee there would be a scoop sitting on top of that bowl of deliciousness! 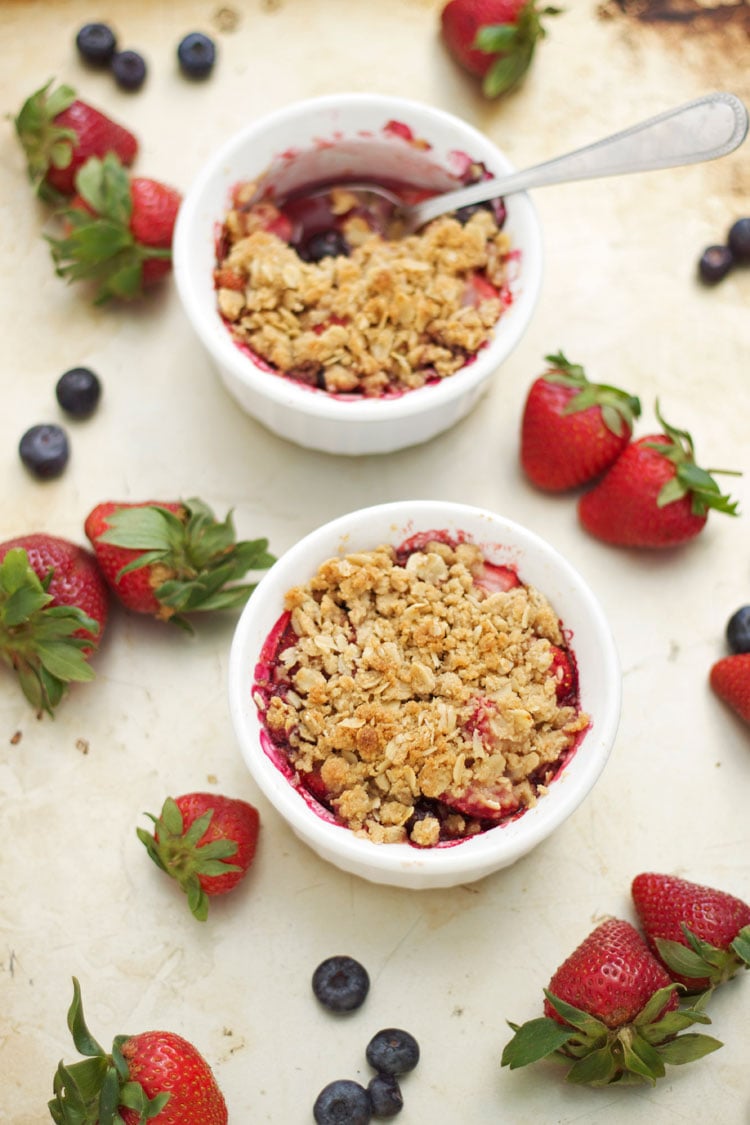 For the Berry Filling
For the Topping

Fresh berries work best for this recipe. I found that frozen berries produced too much liquid when they were baked.

The berry crisps are good on their own or served with a scoop of ice cream or some whipped cream. 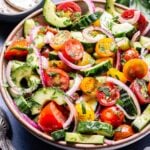 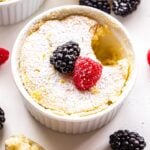 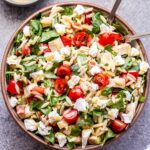 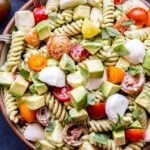 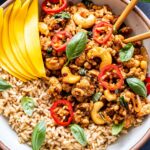 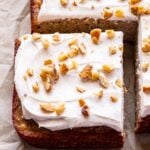 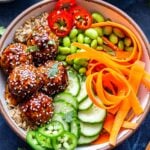