Running makes me hungry, like REALLY hungry! I run first thing in the morning, so when I’m done I’ve got a major craving for breakfast. This Blueberry Pie Oatmeal Parfaits with Brulée Topping is something I was craving after my run today. 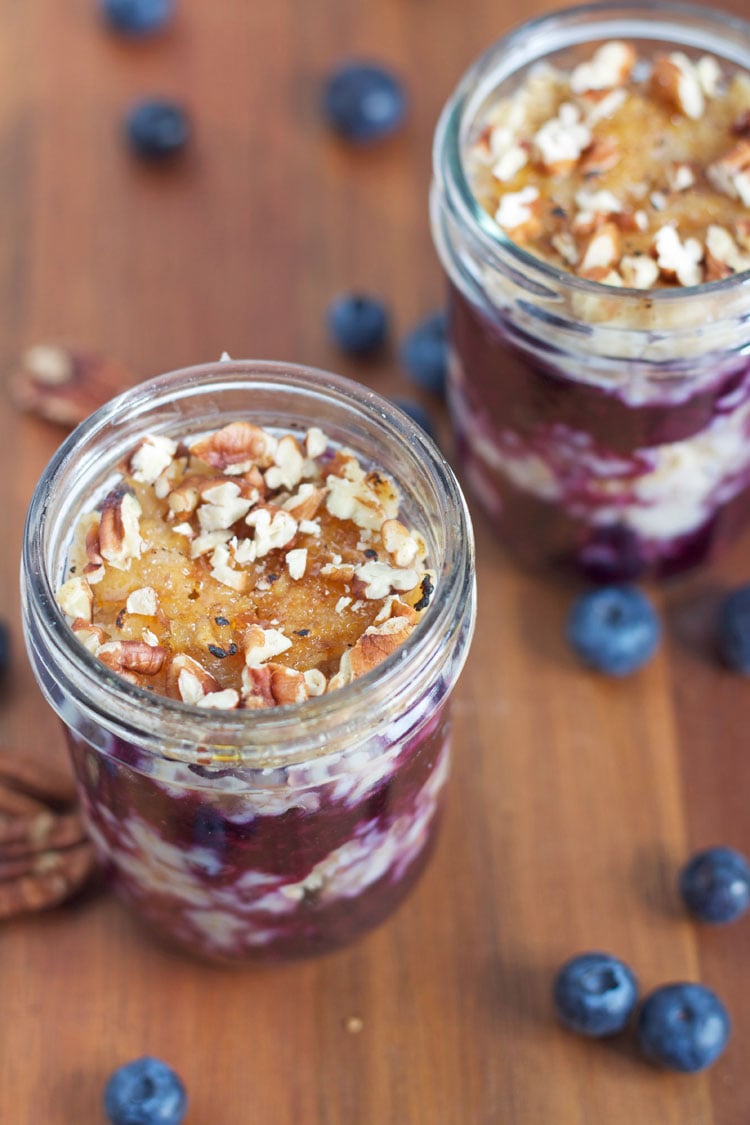 Before I start my runs I usually have a little snack to shut my stomach up and give me a little energy. Usually this consists of a chunk of bread or part of a tortilla with some peanut butter and honey on it. I also have a couple bites of banana and then it’s either onto the treadmill or out the door I go depending on what the weather is doing. Lately I’ve been getting more running done outside and it has been so enjoyable! 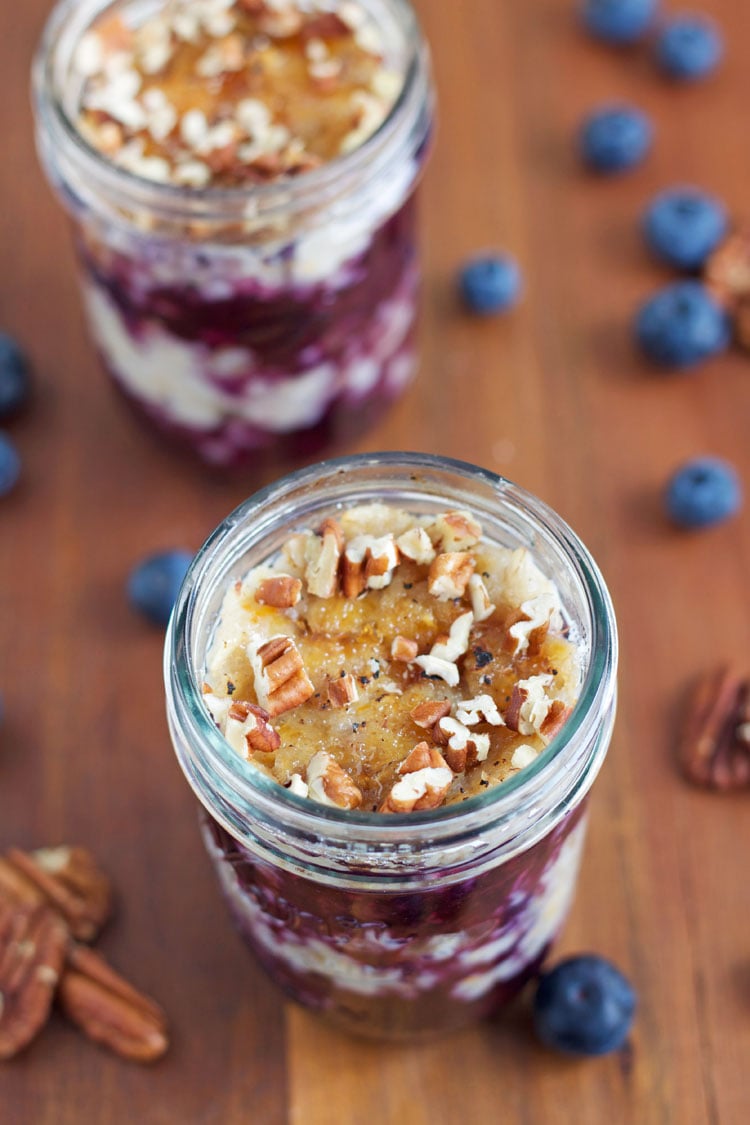 Since I October I have been trapped inside running on my treadmill thanks to the blood clots in my head and the cold snowy weather. However, things are looking up! Well at least as of yesterday they were. It was almost 40 degrees on my run, time to bust out the shorts! This is Colorado though, so who knows, it may be snowing again in a couple days. Since this past weekend it has gone from cold and snowing to almost 60 degrees, then back to snowing, then back to the 60’s again…what the heck! 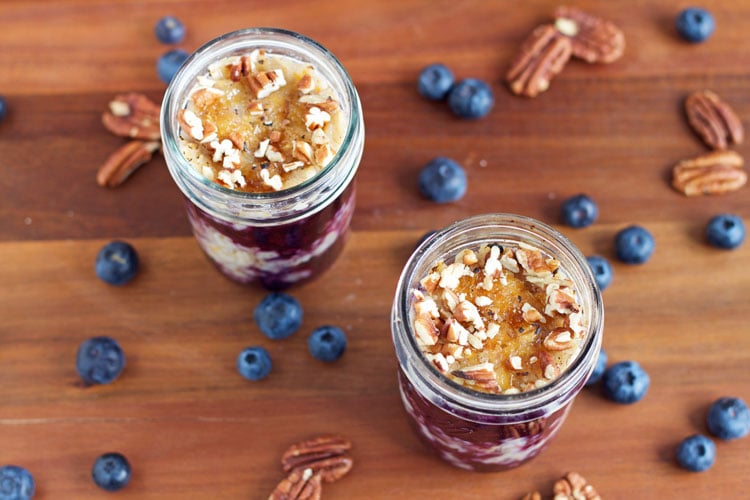 After my runs and sometimes during the last few miles my stomach starts to talk to me. It starts whining and wanting to know why we aren’t eating yet and when we WILL be eating, it’s like a little kid. Yesterday it was particularly vocal with me so I decided to quiet it down with one of these amazing Blueberry Pie Oatmeal Parfaits with Brulée Topping. I swear this stuff tastes just like eating pie for breakfast and who is going to argue with that! 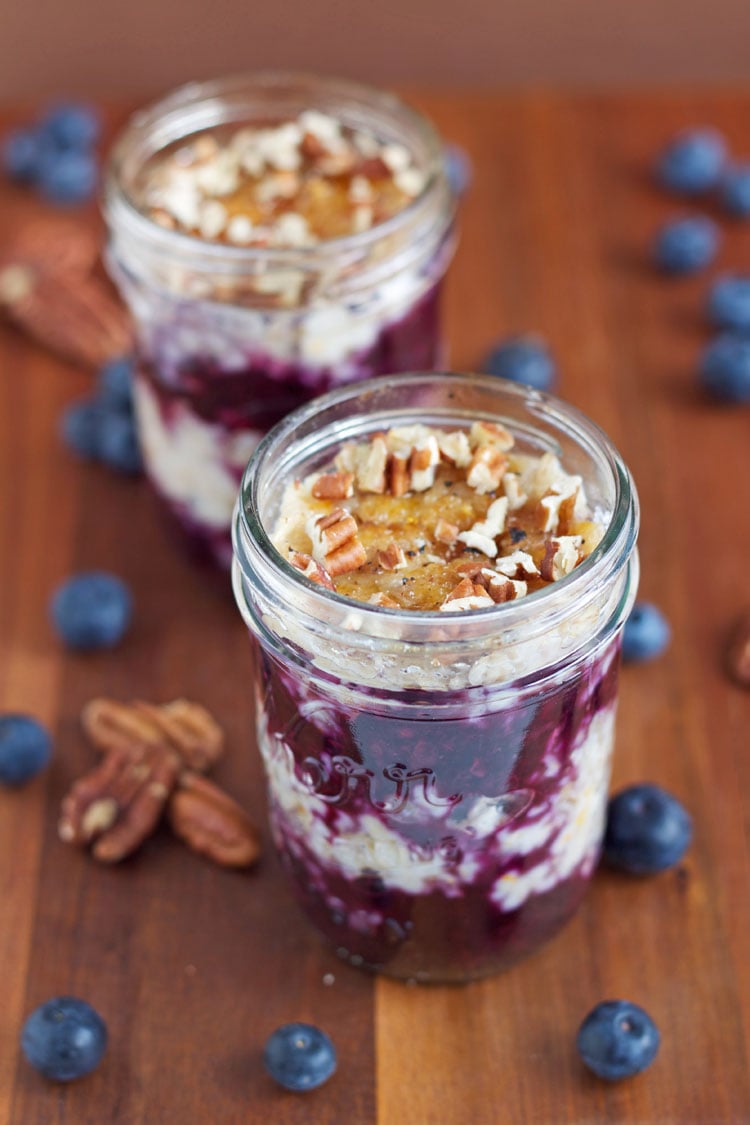 To make it I started by adding fresh blueberries, a little water, brown sugar, cinnamon, orange zest, and vanilla to a small saucepan. I brought the mixture to a boil, mashed the blueberries slightly with a potato masher, and then turned it down to low to simmer while I made the oatmeal. For the oatmeal I added a cup of old fashioned oats, about 1 3/4 cups of skim milk, a pinch of salt, and a little more orange zest to a medium saucepan. I brought this mixture to a boil then turned it down to medium low to simmer for a few minutes until it thickened and absorbed most of the milk. I then turned off the heat covered the pan and let it sit for a few more minutes. To assemble the parfaits I started with a spoonful of the blueberry sauce in the bottom of each jar, then a few toasted and chopped pecan on top of that, followed by about a 1/4 of the oatmeal per jar. I repeated the steps one more time ending with oatmeal on top. Now comes the best part, the brulée! I topped each parfait off with about a teaspoon of granulated sugar. I then used my kitchen blow torch to brulée the topping (have I mentioned how much fun blow torches are). The result was a golden brown, crisp, shell topping these beautiful blueberry pie oatmeal parfaits. I cracked into that crisp top and my spoon sunk into the thick oatmeal and then that sweet blueberry layer. The combination was nothing short of heavenly! If you are in the mood for a breakfast that tastes like a slice of pie then you MUST try these Blueberry Pie Oatmeal Parfaits with Brulée Topping! 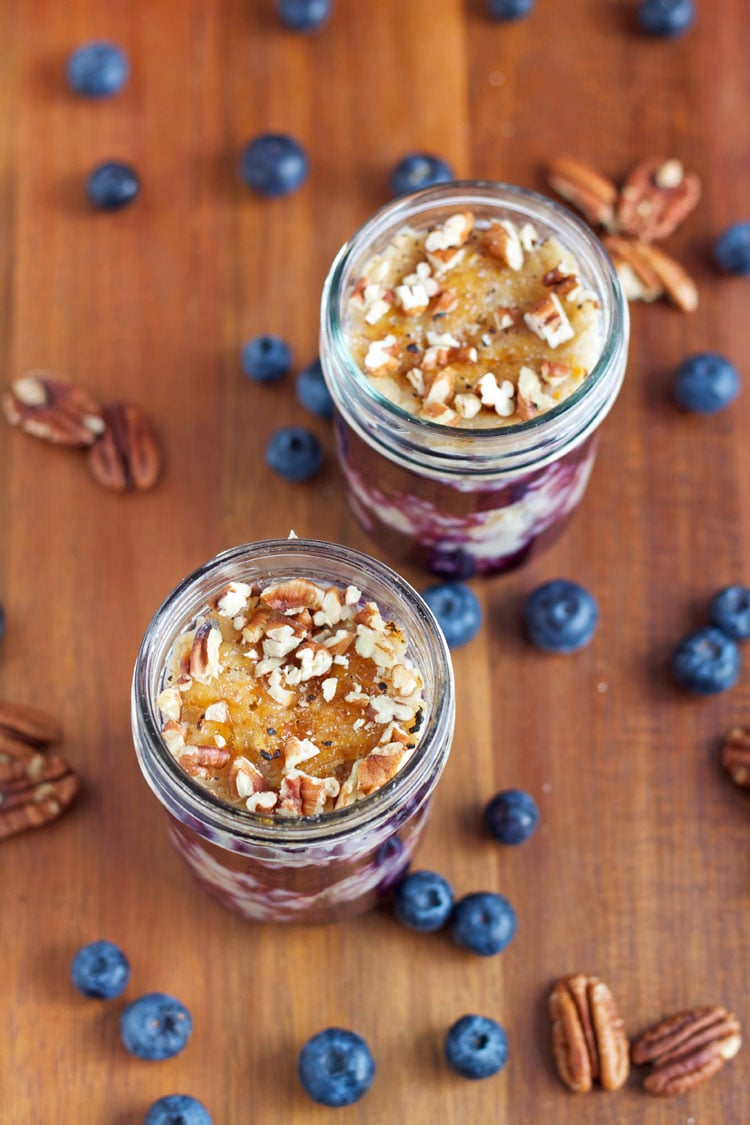 A healthy breakfast that tastes as decadent as eating a piece of blueberry pie!

For the Blueberry Sauce
For the Oatmeal
Other Ingredients 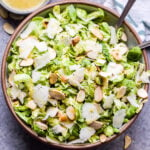 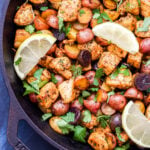 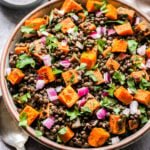 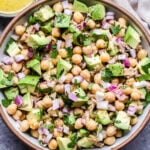 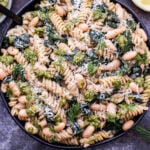 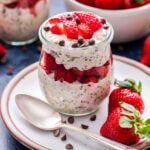 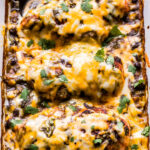 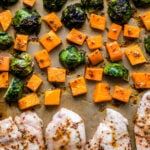