Not interested in making a pie for your holiday dessert? No problem! These Brûléed Sweet Potato Bites with Bourbon Maple Whipped Cream are the perfect solution! 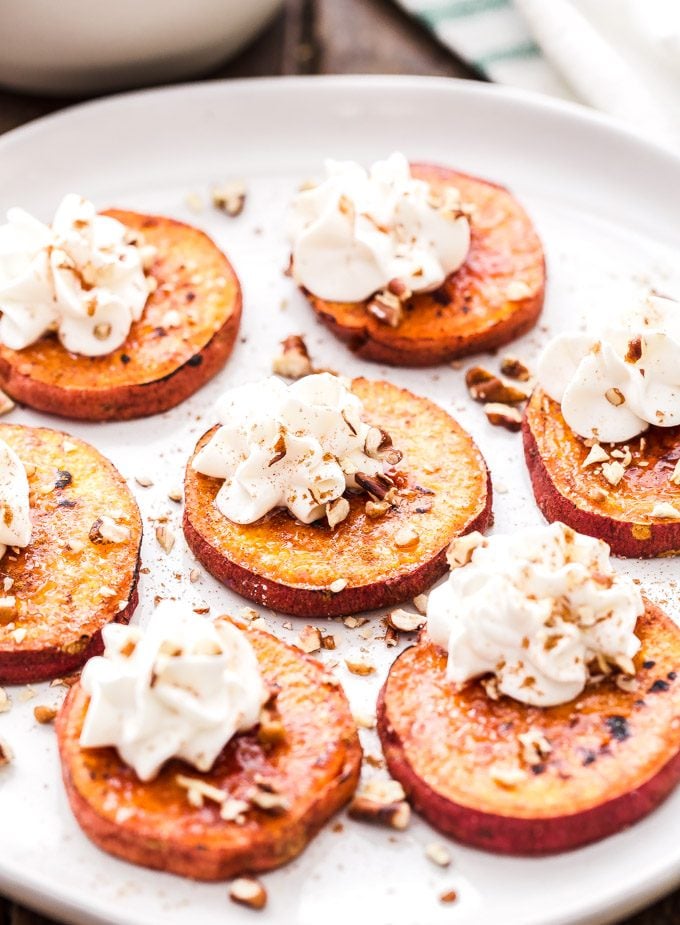 I didn’t plan to share another new recipe before Thanksgiving since I’m sure many of you already have your menus set. However, if you’re still in need of an easy dessert and not interested in making pie, then you NEED to make these Brûléed Sweet Potato Bites with Bourbon Maple Whipped Cream! 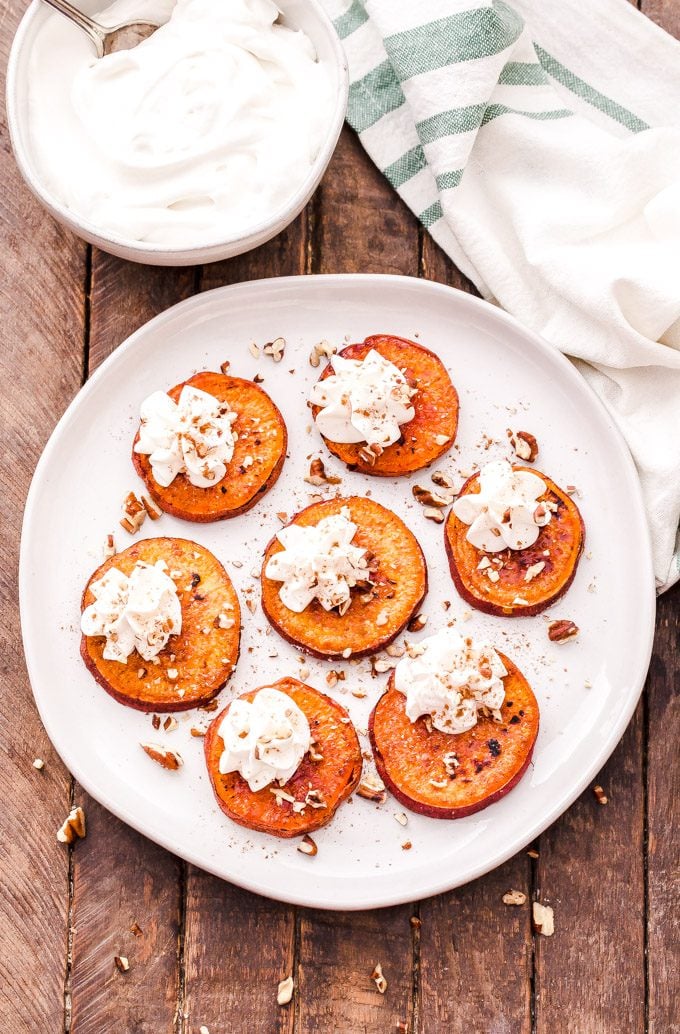 First off, let me tell you that I spent way to much time debating if I should add all those special characters to brûléed or just put bruleed. Either way the word looks weird, but it’s an awesome cooking technique that’s perfect for these sweet potato bites.

The idea for these came to me last weekend while I was warming up for my run on the treadmill. I always like to get nice and hot before I head out into the cold, that way it isn’t quite as shocking when the freezing temperatures hit me. Anyways, I had Food Network playing and saw a similar idea, but using an entire half of a sweet potato and no whipped cream.

Their version was a little healthier than mine and I tried a couple alternatives to cane sugar for the brûléeing part, but I wasn’t satisfied with the results. I tried maple syrup first, but it wouldn’t get that crisp crack on top. Then I tried coconut sugar, but it burned really quickly and also wouldn’t get the hard top I was looking for. So plain white sugar it was. It doesn’t take much since these are small bites, so I wouldn’t worry about it, plus it’s dessert! 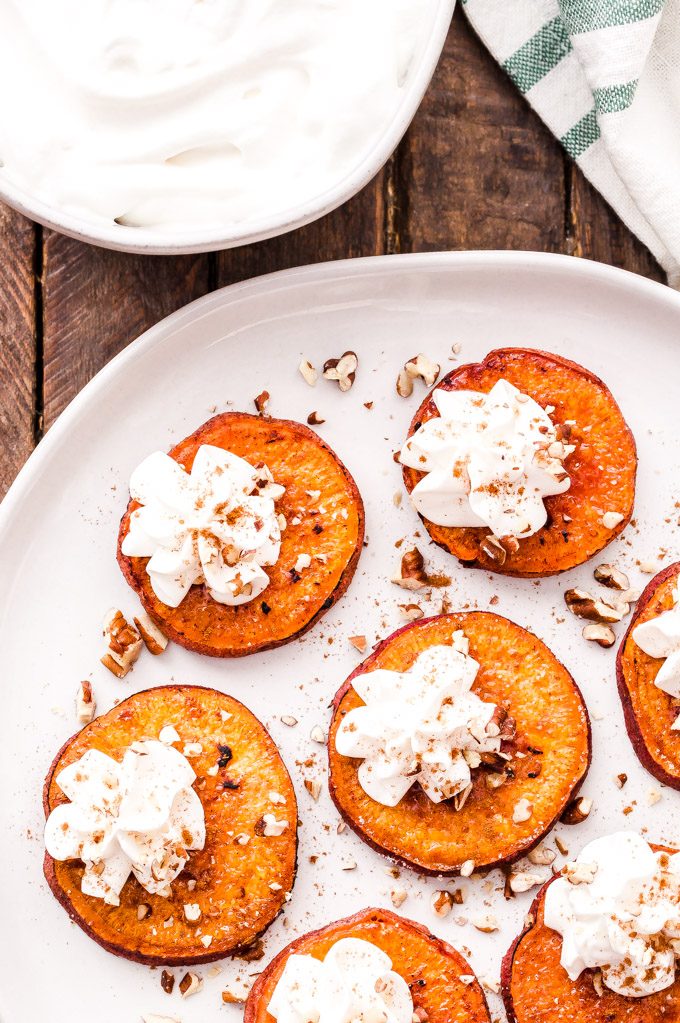 Making these sweet potato bites is easy. The sweet potato slices are tossed in a mixture of olive oil, maple syrup, cinnamon, vanilla and a little salt. They’re then roasted on a sheet pan until they’re tender on the inside and crisp on the out side. Once out of the oven, sprinkle with a little sugar and get out your kitchen blow torch and torch them until they turn golden brown and get a hard, crisp top.

If you don’t have a kitchen blow torch, no problem! Just set the oven to broil and put the oven rack as close to the top as you can.  Broil them until the tops a caramelized then remove from the oven and let them rest for at least 15 minutes so the sugar has a chance to harden. 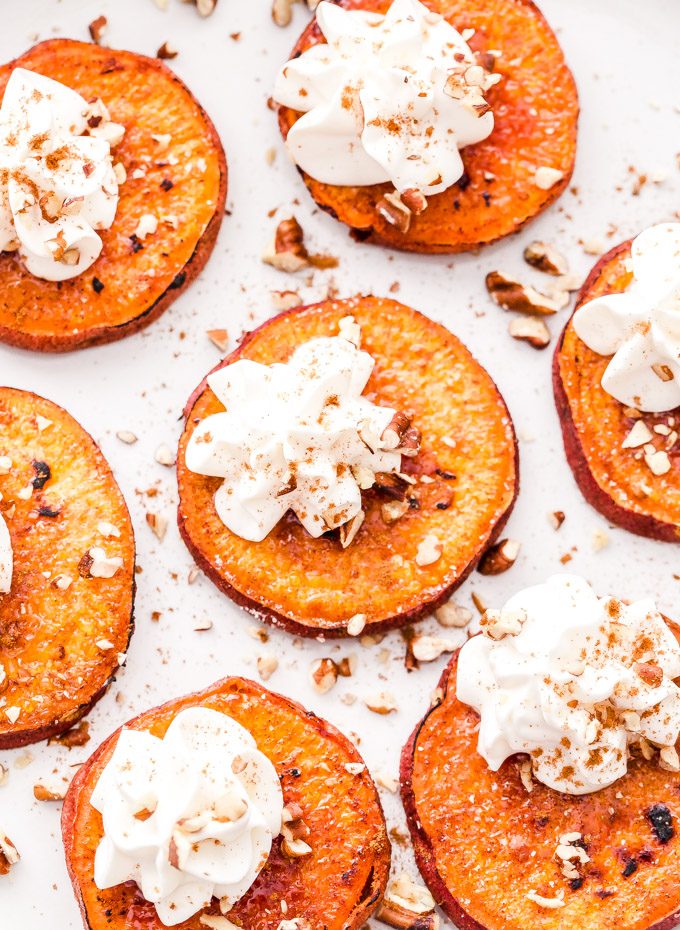 While you’re waiting on the sugar to harden make the glorious bourbon maple whipped cream…and try not to eat it all before it makes it’s way onto the sweet potato bites. These bites are sweet without being overly sweet and they’re just the right size to satisfy that dessert craving when there’s not enough room in your stomach for a slice of pie! Have a happy Thanksgiving! 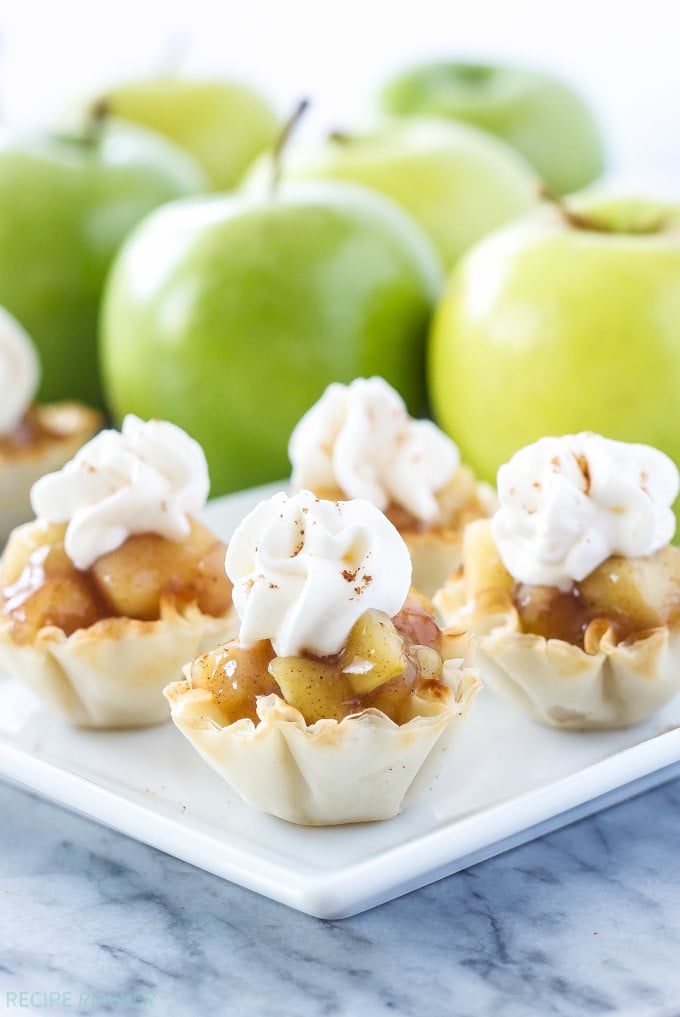 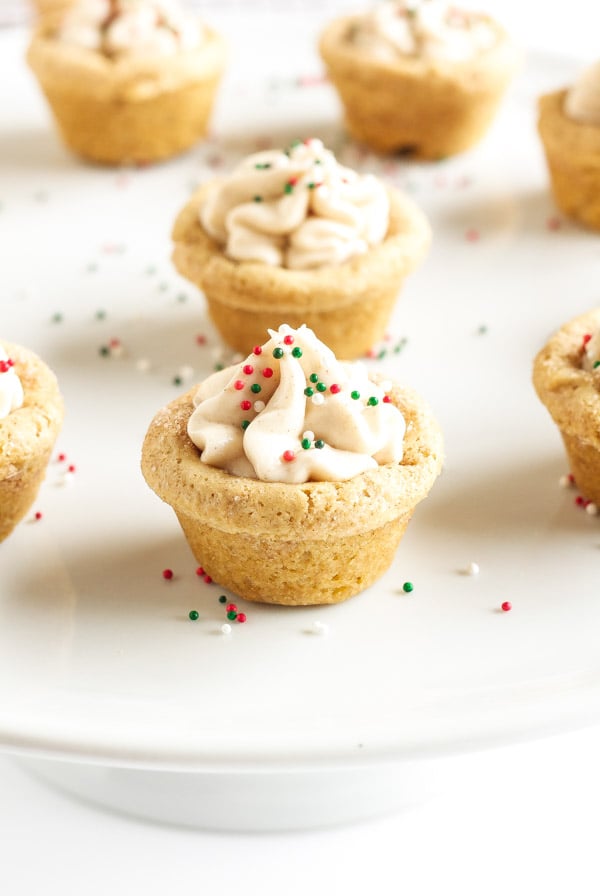 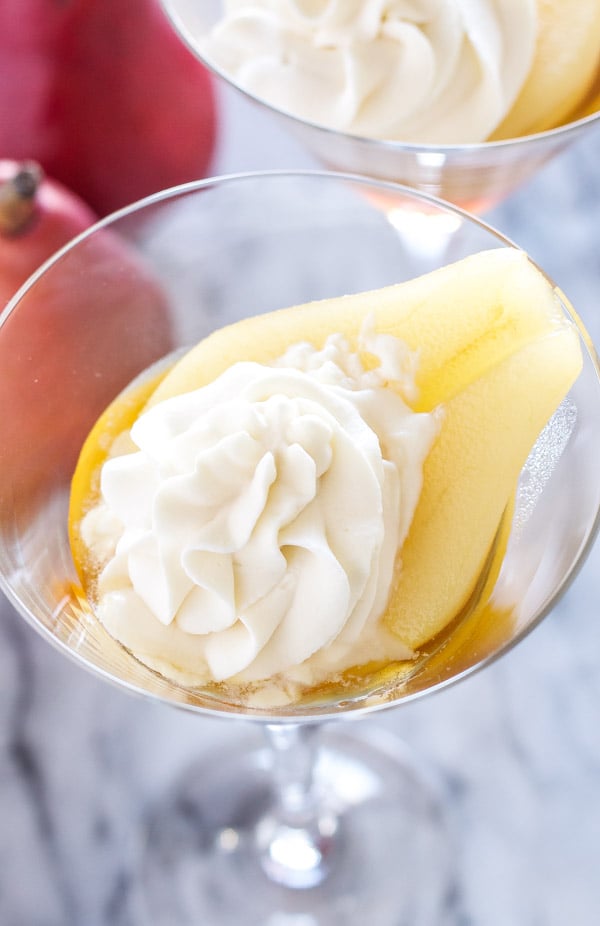 This website uses cookies to improve your experience while you navigate through the website. Out of these, the cookies that are categorized as necessary are stored on your browser as they are essential for the working of basic functionalities of the website. We also use third-party cookies that help us analyze and understand how you use this website. These cookies will be stored in your browser only with your consent. You also have the option to opt-out of these cookies. But opting out of some of these cookies may affect your browsing experience.
Necessary Always Enabled
Necessary cookies are absolutely essential for the website to function properly. These cookies ensure basic functionalities and security features of the website, anonymously.
Functional
Functional cookies help to perform certain functionalities like sharing the content of the website on social media platforms, collect feedbacks, and other third-party features.
Performance
Performance cookies are used to understand and analyze the key performance indexes of the website which helps in delivering a better user experience for the visitors.
Analytics
Analytical cookies are used to understand how visitors interact with the website. These cookies help provide information on metrics the number of visitors, bounce rate, traffic source, etc.
Advertisement
Advertisement cookies are used to provide visitors with relevant ads and marketing campaigns. These cookies track visitors across websites and collect information to provide customized ads.
Others
Other uncategorized cookies are those that are being analyzed and have not been classified into a category as yet.
SAVE & ACCEPT
Skip to Recipe
1025 shares