Smoothies aren’t just for summer! This Cinnamon Sweet Potato Almond Butter Smoothie has a delicious pie spiced flavor and is perfect any time of year! 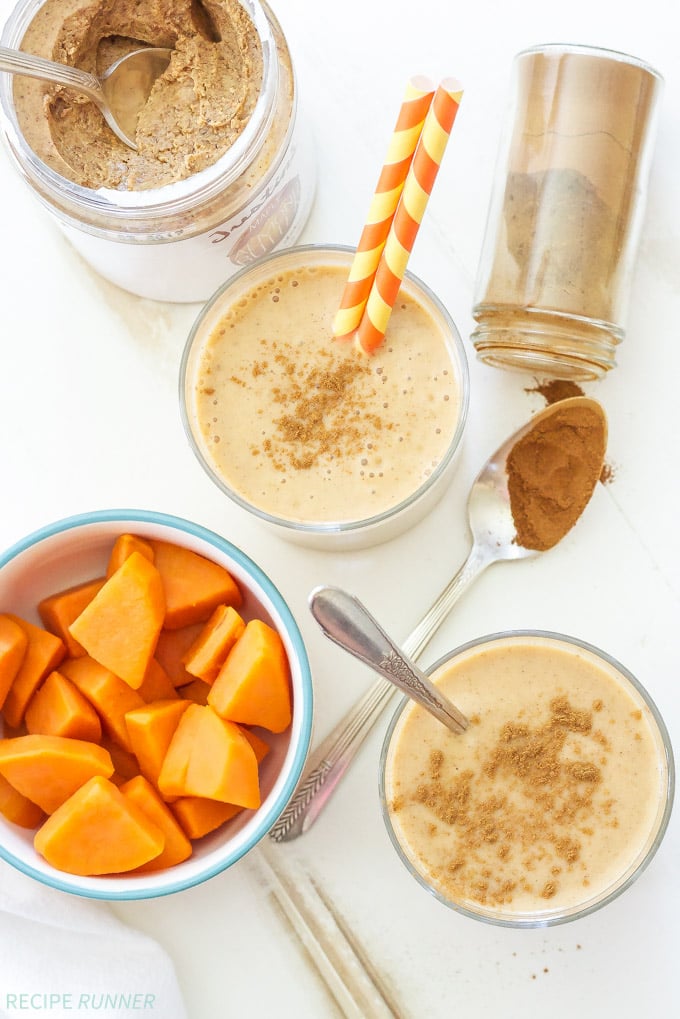 I think I had my final run in a tank top on Monday. My cut off for wearing tank tops on a run is the mid to low 50’s. This week the mornings have been much cooler with lows right around 40 so I’ve had to start doing long sleeves. Yesterday morning my run was less than enjoyable thanks to the rain, but it sure made me run faster. I’ve still been able to stay in shorts for my runs, but it’s only a matter of days before the capris or worse long running tights come out. Luckily though I haven’t seen any freezing temperatures in the forecast…yet. 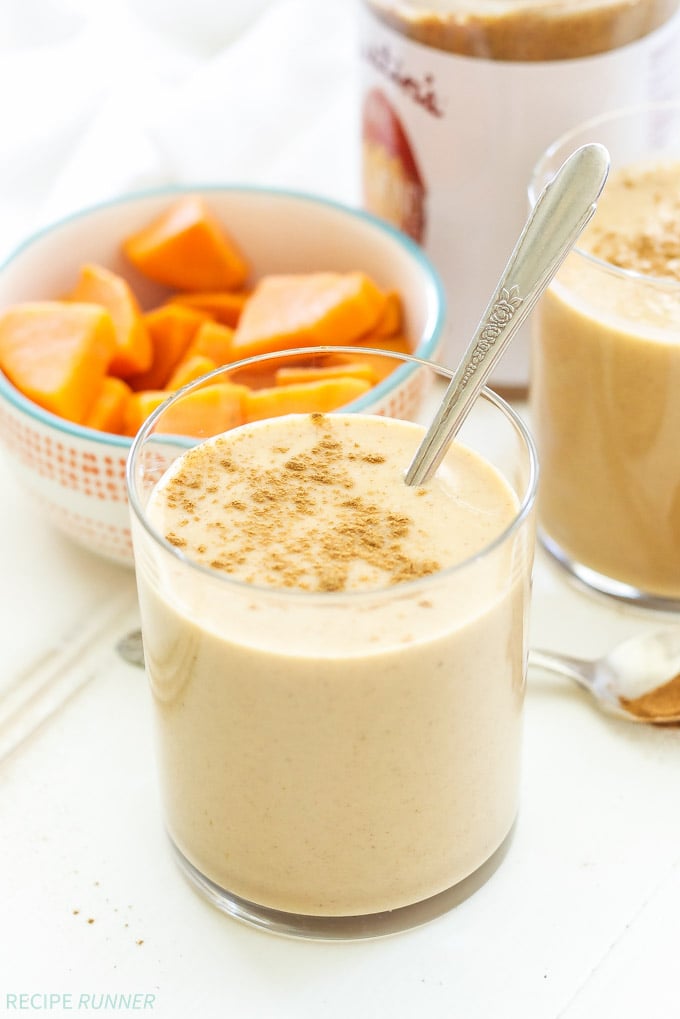 The weekend is looking really nice with temperatures in the mid 70’s. My husband and I have a list of house projects to take care of that I’m less than thrilled about. It always seems like when one thing breaks about five more follow. Most of the projects I’ll be leaving him to take care of, but I have a couple of my own. I’ve been wanting to clean up and decorate our front porch for fall and I’m finally going to make it happen this weekend! I think if I wait any longer all the pumpkins will be gone and the Christmas trees will be out. 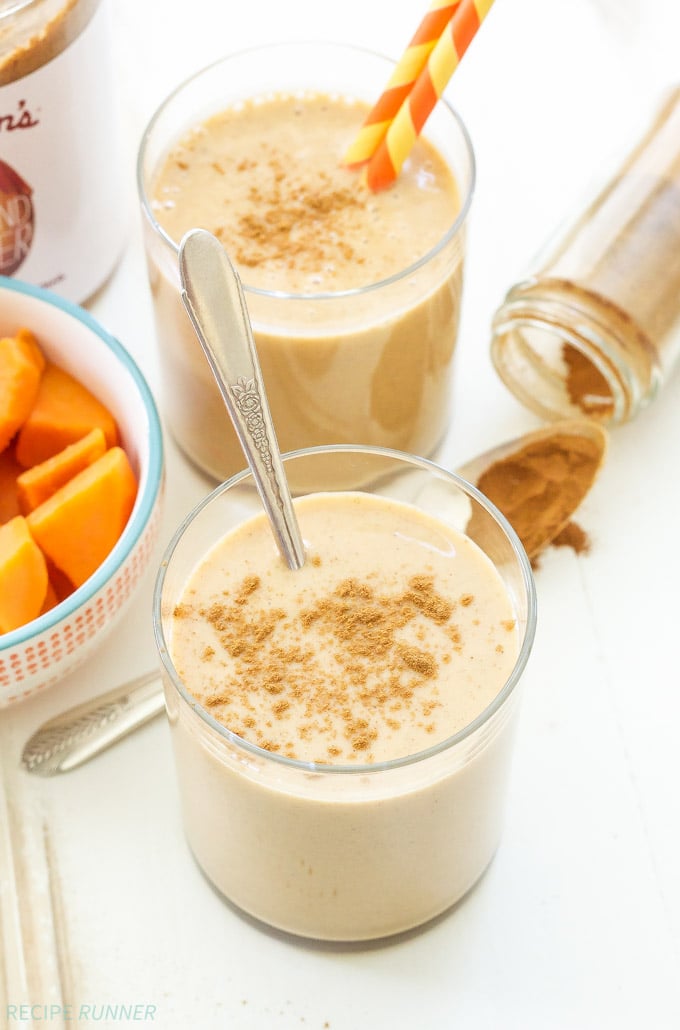 Enough of my rambling, let’s talk about this Cinnamon Sweet Potato Almond Butter Smoothie. Are you the type of person that only does smoothies in the summer? I think a lot of people are because most people don’t crave a cold drink when it’s 50 degrees outside. I however can do cold drinks year round, I actually prefer them over hot drinks. 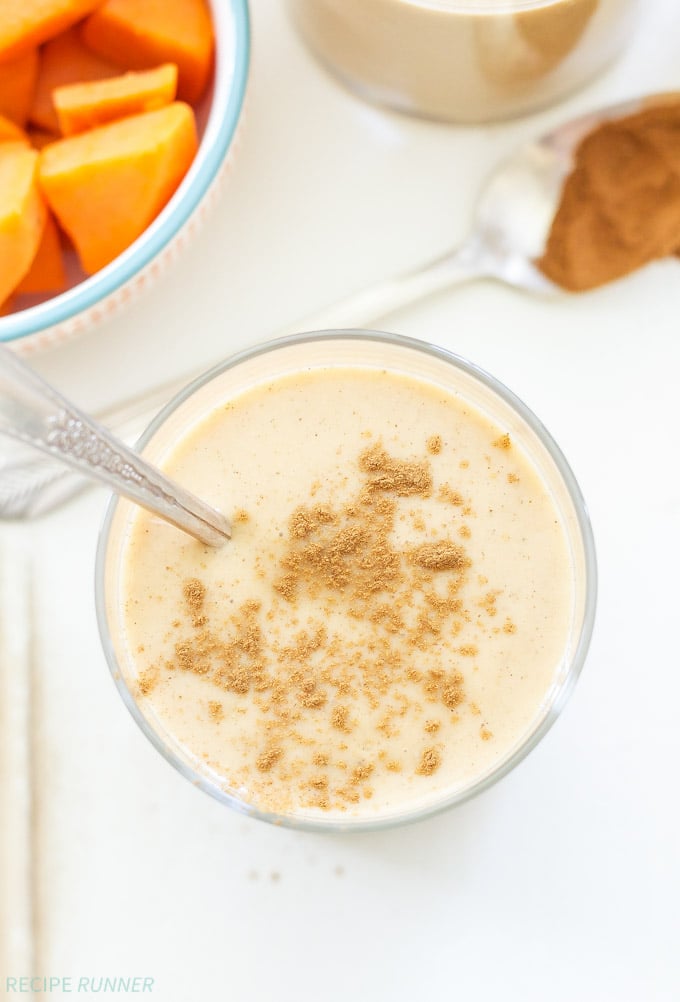 Since this smoothie isn’t full of berries or tropical fruit, but rather a sweet potato and warm spicy cinnamon, it makes it more appealing in the colder months. The combination of flavors in this smoothie actually tastes similar to a slice of sweet potato or pumpkin pie. Today I’m sharing the recipe for this Cinnamon Sweet Potato Almond Butter Smoothie over on Spoonful of Flavor, head on over and check it out! 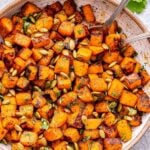 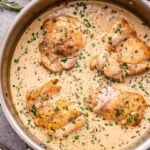 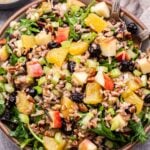 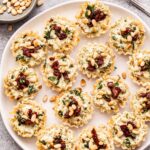