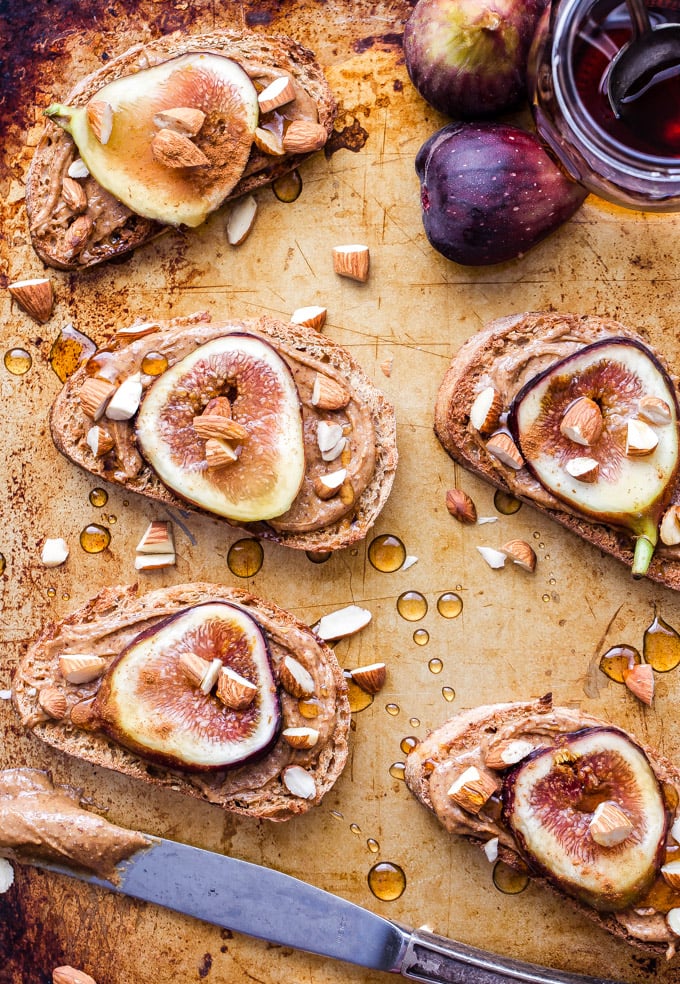 Fig season is just getting started and if you’ve never tried a fresh fig before, make this the year you do! Figs have two seasons. One in early June, although I rarely see figs at the stores here during that season. The second season is August through October.

I’m sure I embarrassed my husband as I practically ran to the small display of them at the store. Then proceeded to spend no less than 10 minutes picking out the best ones to use for this Fig and Almond Butter Toast and the Grilled Fig, Goat Cheese and Pistachio Salad I’ll be sharing on Wednesday. 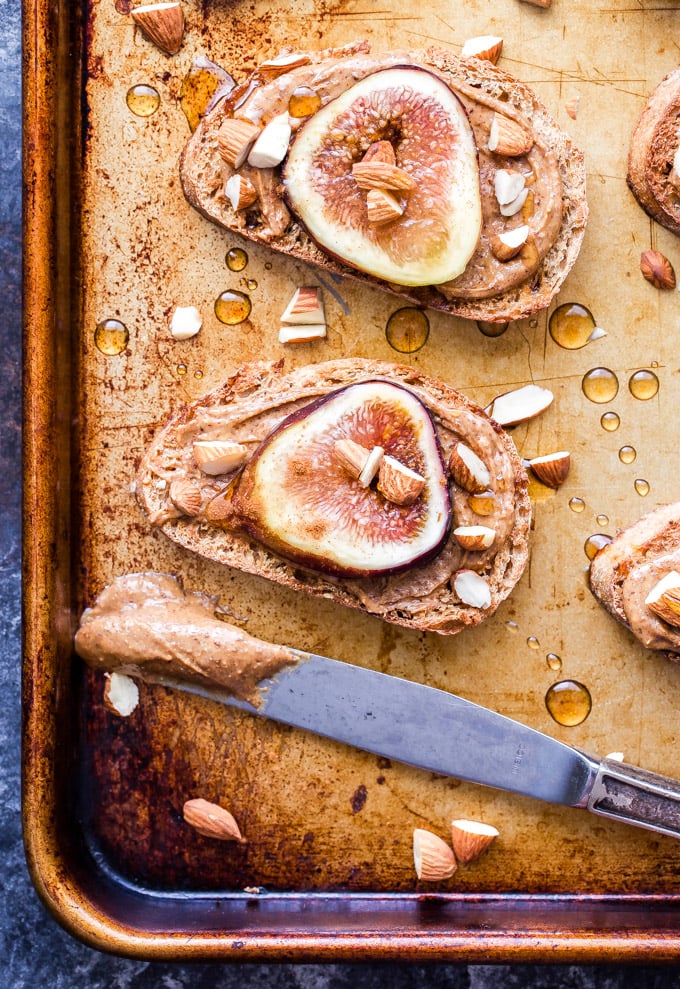 I can’t help myself, they’re so sweet, juicy and almost candy like. If your only experience with figs is in a Fig Newton then you’ll be shocked at how different (and how much better) a fresh fig tastes.

To be honest, dried figs aren’t my favorite. I don’t hate them, but I’d pick a date over a fig any day. When it comes to the fresh ones though, I can eat almost an entire box, but I wouldn’t recommend it, that’s a lot of fiber. 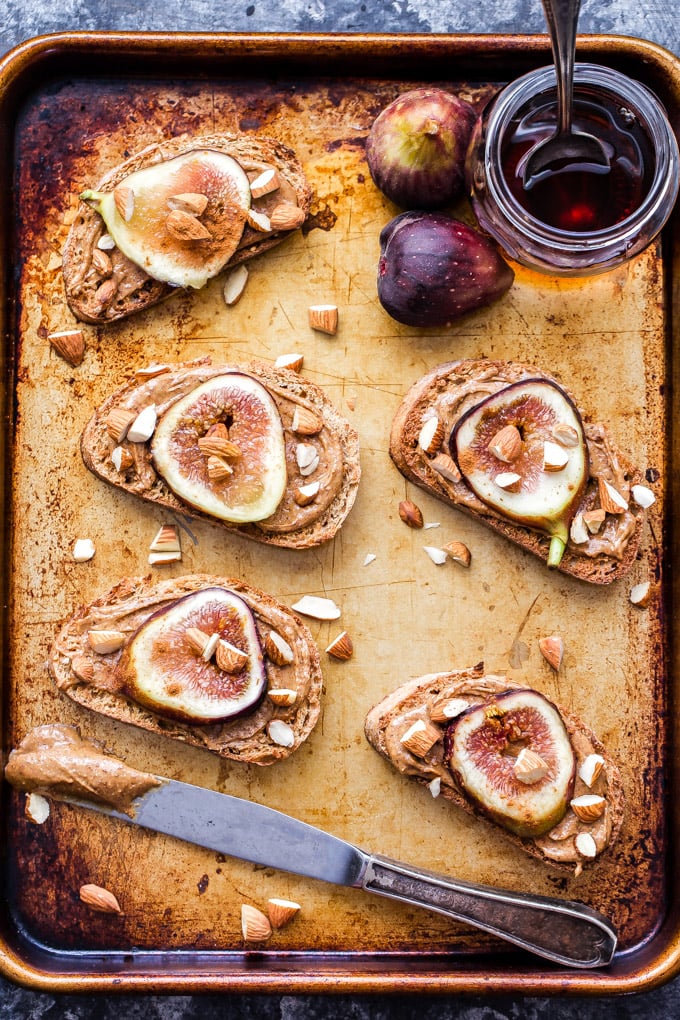 Besides just eating them on their own, they’re also delicious added to oatmeal, added to plain yogurt with a drizzle of honey or try grilling them and wrapping them with prosciutto or bacon for a sweet and savory combination. Scroll down to find more recipe inspiration for fresh figs. 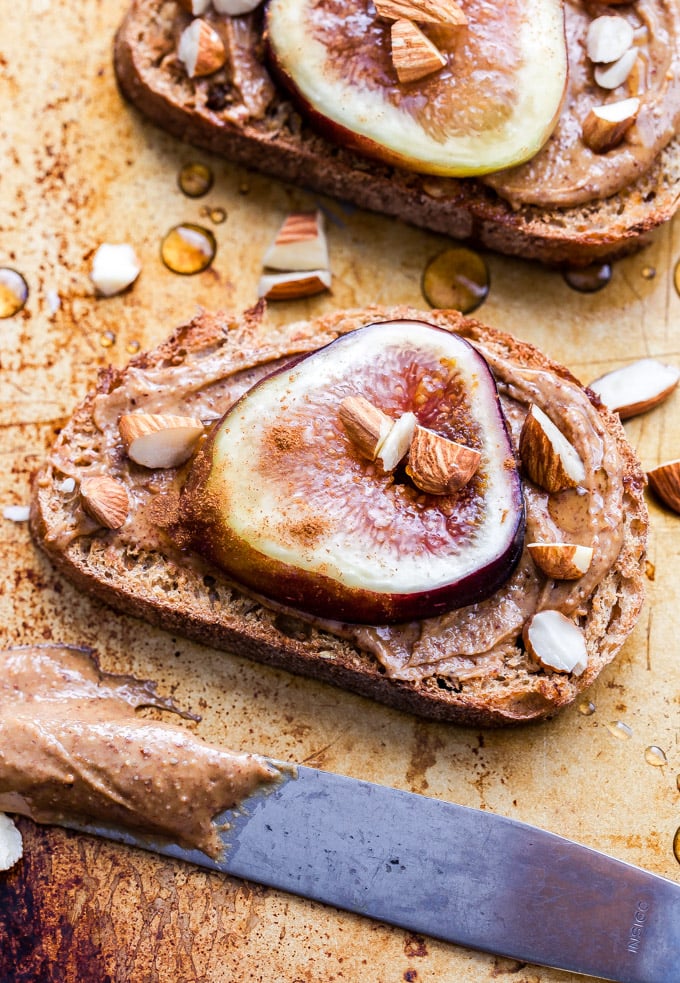 It wasn’t until making this recipe did I discovered how amazing figs and almond butter are together. Sweet, nutty and on top of a piece of whole grain toast, absolutely delicious! I also added a sprinkle of cinnamon, a drizzle of maple syrup and chopped almonds which took this toast from awesome to epic!

I’m not even a toast person, but this I could eat daily. It’s a filling breakfast or snack that will power you through until your next meal. Enjoy!

More Ways to Use Fresh Figs 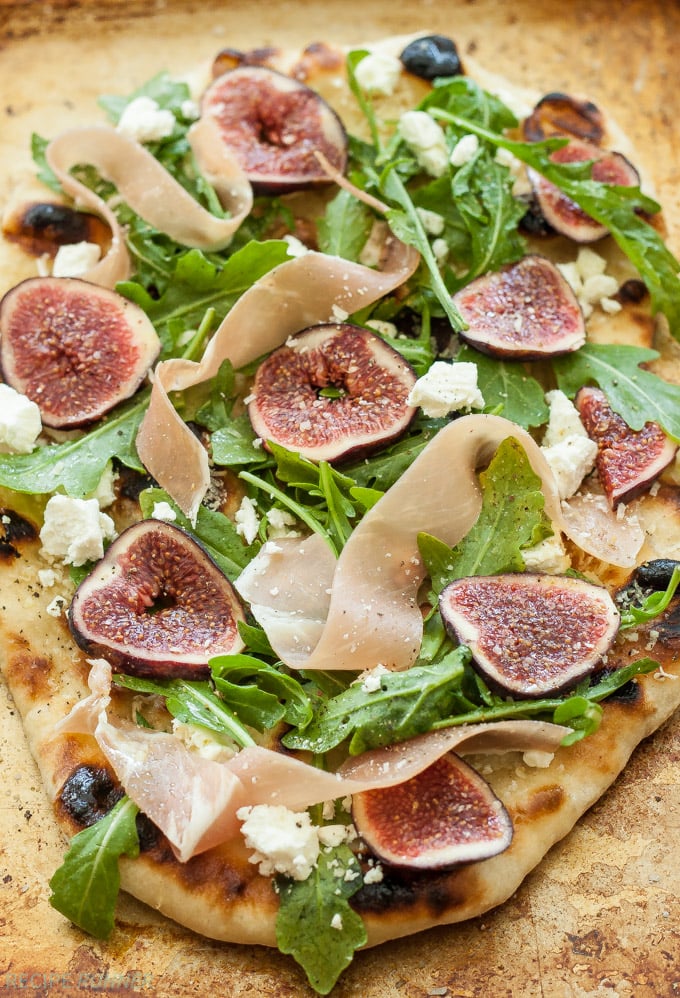 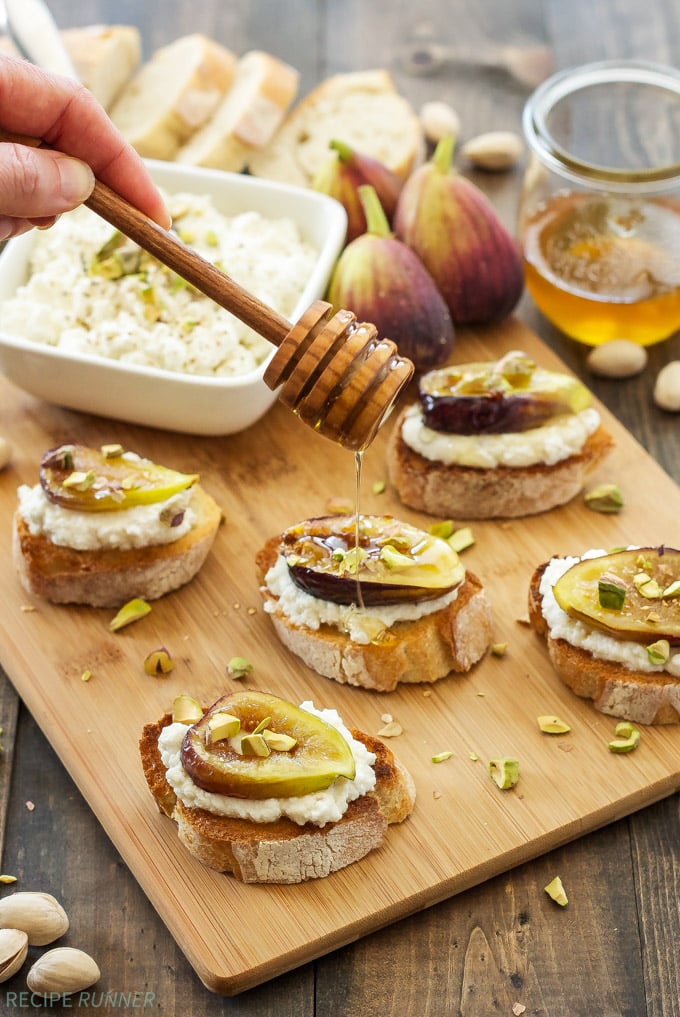 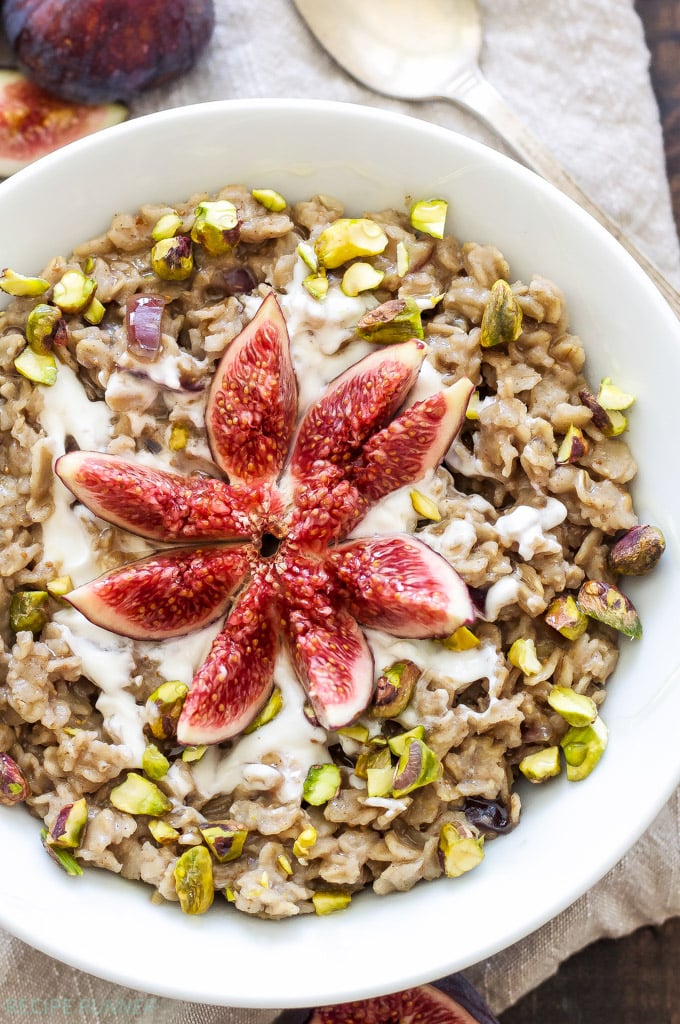 This website uses cookies to improve your experience while you navigate through the website. Out of these, the cookies that are categorized as necessary are stored on your browser as they are essential for the working of basic functionalities of the website. We also use third-party cookies that help us analyze and understand how you use this website. These cookies will be stored in your browser only with your consent. You also have the option to opt-out of these cookies. But opting out of some of these cookies may affect your browsing experience.
Necessary Always Enabled
Necessary cookies are absolutely essential for the website to function properly. These cookies ensure basic functionalities and security features of the website, anonymously.
Functional
Functional cookies help to perform certain functionalities like sharing the content of the website on social media platforms, collect feedbacks, and other third-party features.
Performance
Performance cookies are used to understand and analyze the key performance indexes of the website which helps in delivering a better user experience for the visitors.
Analytics
Analytical cookies are used to understand how visitors interact with the website. These cookies help provide information on metrics the number of visitors, bounce rate, traffic source, etc.
Advertisement
Advertisement cookies are used to provide visitors with relevant ads and marketing campaigns. These cookies track visitors across websites and collect information to provide customized ads.
Others
Other uncategorized cookies are those that are being analyzed and have not been classified into a category as yet.
SAVE & ACCEPT
348 shares