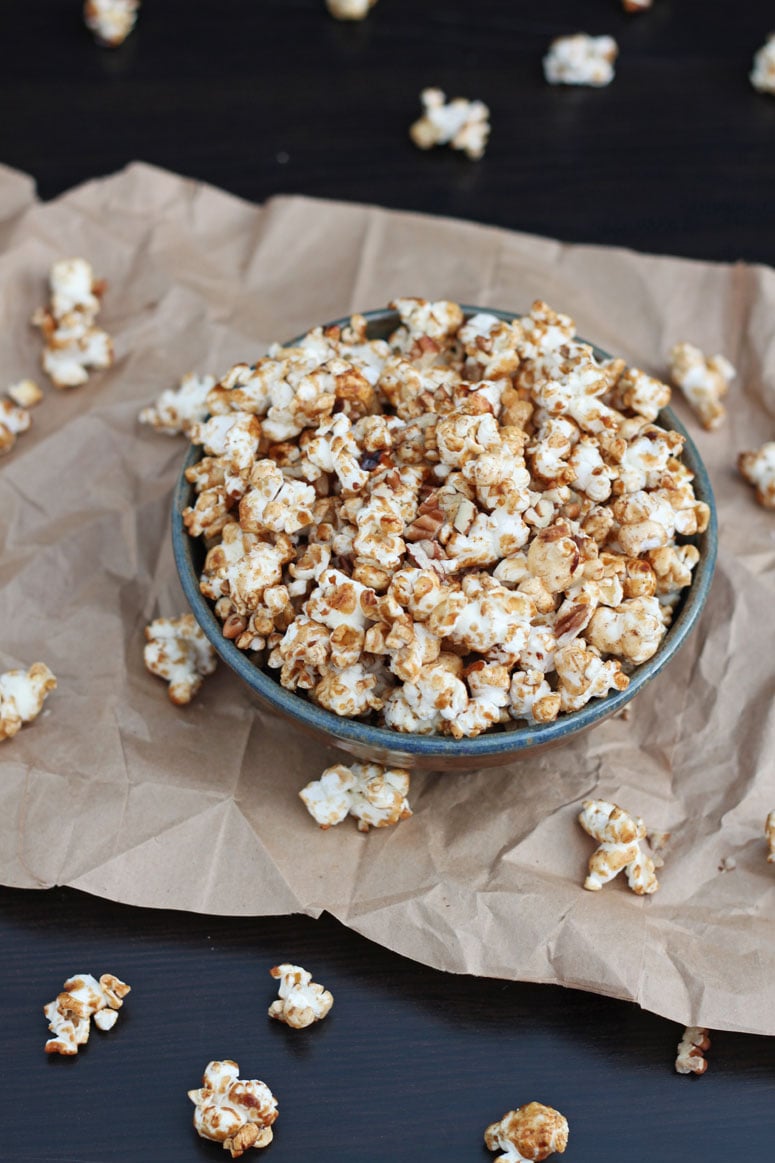 There are so many national food days that I can’t keep track of them, and half of them I didn’t even know existed. I apologize for not posting this delicious maple cinnamon pecan popcorn yesterday, but by the time I figured out that it was national popcorn day it was too late. Even though it’s a day late you should still make this popcorn. 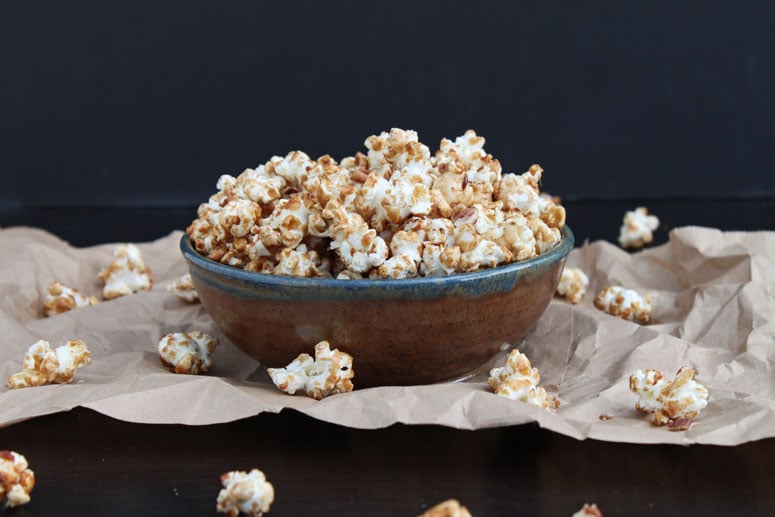 It makes a great snack or appetizer for a party, like a Super Bowl party! I’m pretty excited for the Super Bowl this year. The Broncos finally made it! The orange and blue colors were everywhere here in Denver and Highlands Ranch over the weekend. Yesterday is was so nice outside that we had the windows open while the game was going on. Every time the Broncos made a touchdown you could hear the cheers from all of our surrounding neighbors, it was pretty entertaining. 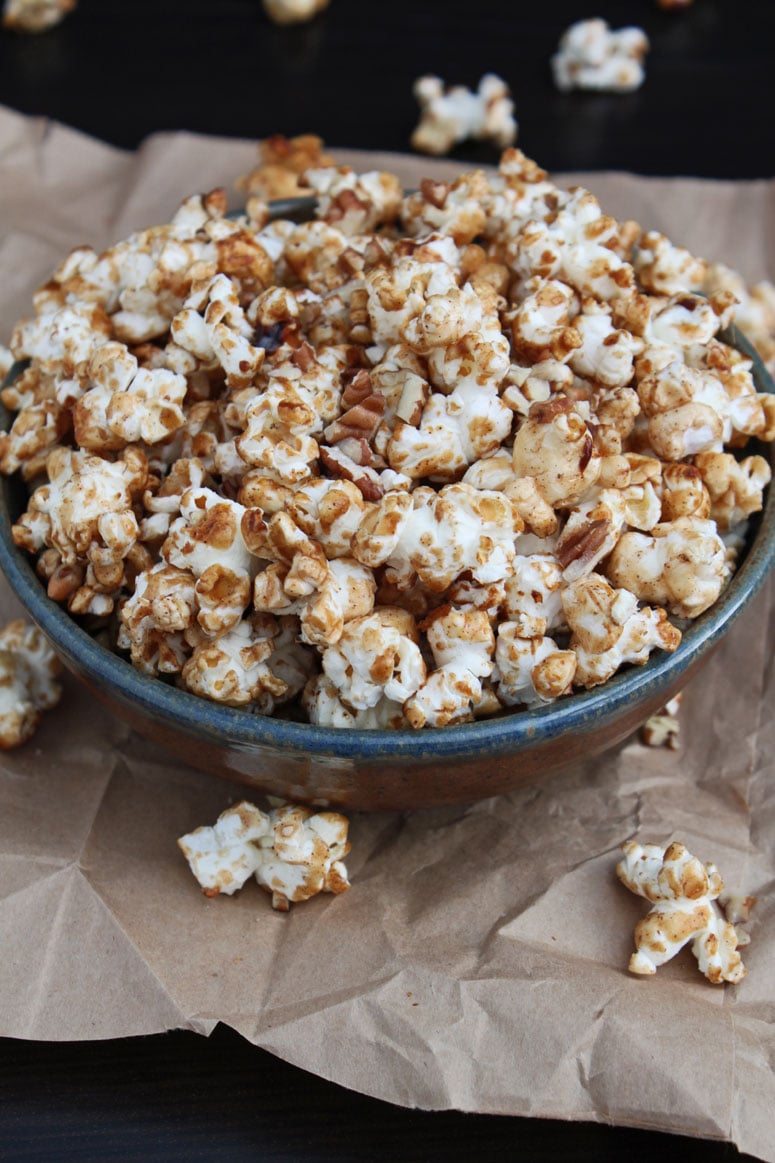 Back to the maple cinnamon pecan popcorn and why you need to make it for your Super Bowl party. The popcorn is a perfect combination of sweet, salt, and crunch, something that most people enjoy, especially me! To make the popcorn I took a 1/4 cup of popcorn kernels and popped them in my air popper. I then poured a 1/4 cup of maple syrup into a small saucepan along with some salt and cinnamon. I brought the mixture to a boil and then added a tablespoon of butter. It bubbles up like caramel does when you make it. I then turned the heat down to low and let it cook for a couple minutes until it had thickened slightly. I poured in a 1/4 cup of toasted, chopped pecans to the syrup mixture and then poured it all over my popcorn. It was VERY sticky. To get the popcorn to be less sticky I put it on a lined cookie sheet and baked it at 325 degrees for about 5-8 minutes. 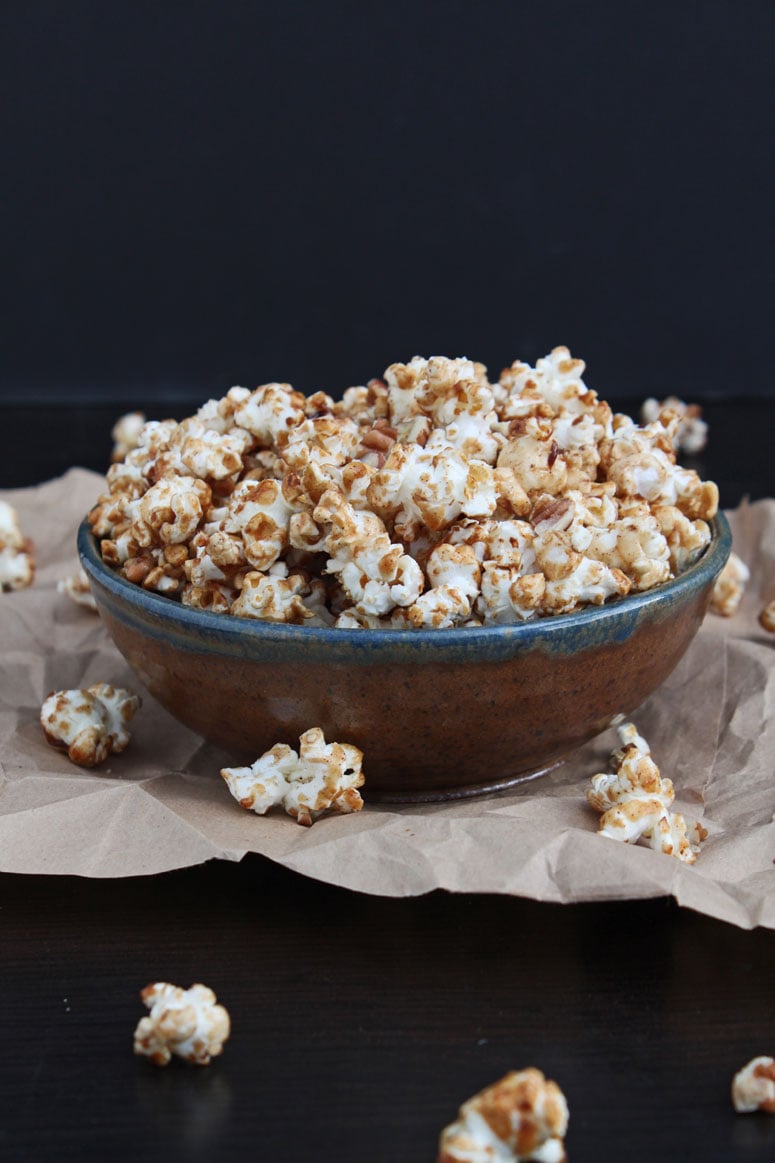 After it had cooled, it was no longer sticky, just crunchy, salty, and sweet! If you enjoy sweet and salty popcorn I highly recommend this addictive snack!

This website uses cookies to improve your experience while you navigate through the website. Out of these, the cookies that are categorized as necessary are stored on your browser as they are essential for the working of basic functionalities of the website. We also use third-party cookies that help us analyze and understand how you use this website. These cookies will be stored in your browser only with your consent. You also have the option to opt-out of these cookies. But opting out of some of these cookies may affect your browsing experience.
Necessary Always Enabled
Necessary cookies are absolutely essential for the website to function properly. These cookies ensure basic functionalities and security features of the website, anonymously.
Functional
Functional cookies help to perform certain functionalities like sharing the content of the website on social media platforms, collect feedbacks, and other third-party features.
Performance
Performance cookies are used to understand and analyze the key performance indexes of the website which helps in delivering a better user experience for the visitors.
Analytics
Analytical cookies are used to understand how visitors interact with the website. These cookies help provide information on metrics the number of visitors, bounce rate, traffic source, etc.
Advertisement
Advertisement cookies are used to provide visitors with relevant ads and marketing campaigns. These cookies track visitors across websites and collect information to provide customized ads.
Others
Other uncategorized cookies are those that are being analyzed and have not been classified into a category as yet.
SAVE & ACCEPT
Skip to Recipe
1023 shares