Thanksgiving week is finally here! Time to start prepping for one of the biggest days of cooking. 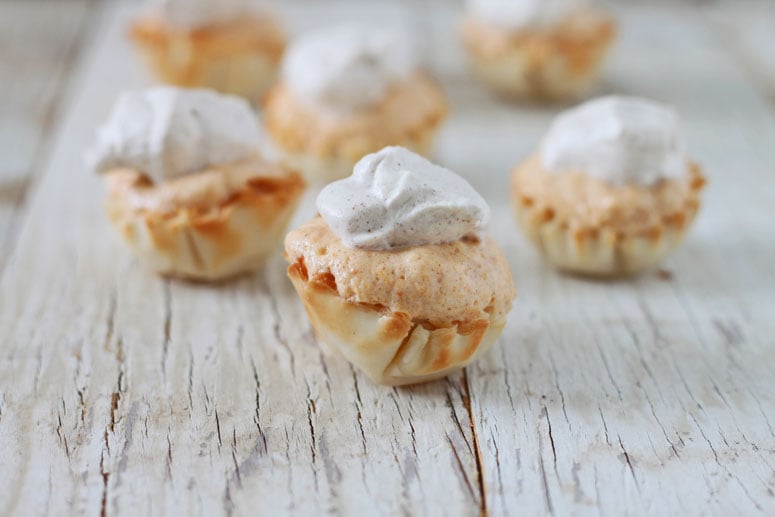 This year my husband and I are going to my Aunt and Uncle’s house to celebrate with their family. I can’t wait! I’ll be making the rolls and bringing dessert trays for at least 18 people, so I have my work cut out for me. I am still deciding what to put on the dessert trays, I know, I better hurry up and decide. 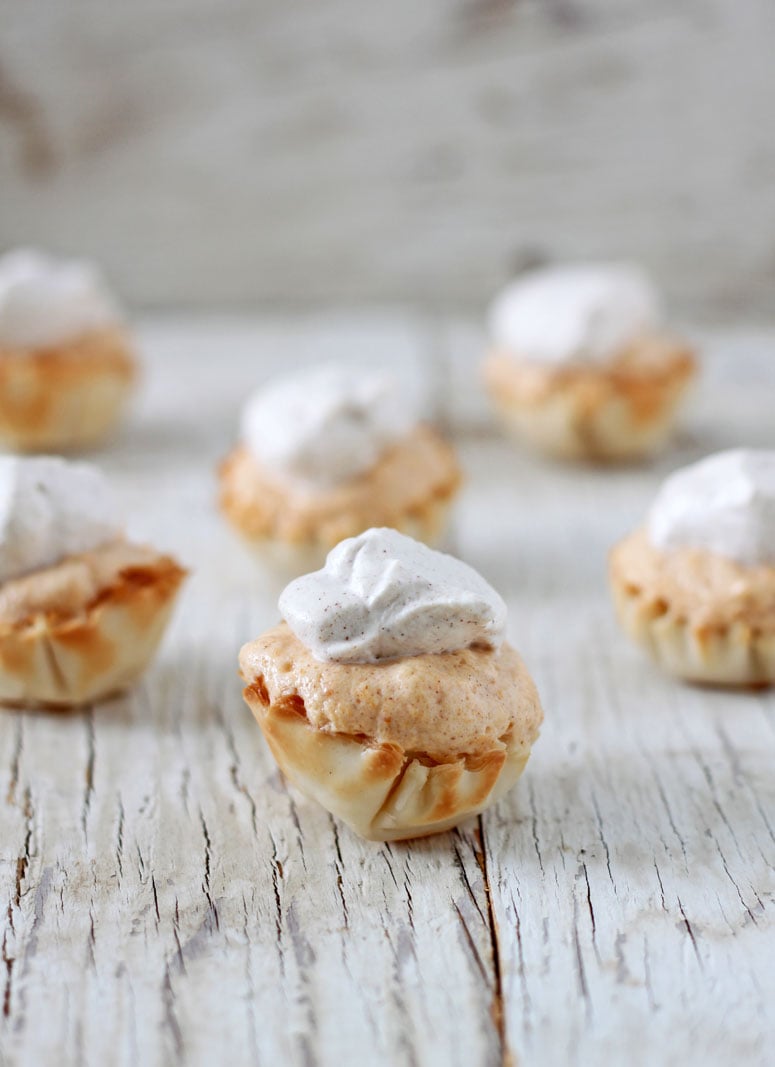 Yesterday, I came up with this quick little dessert that would be perfect to make if you are running short on time.

The recipe is simple. First combine Greek yogurt, pumpkin puree, cinnamon, and maple syrup. Stir them together until they are all combined. Next, make the meringue. Gently fold the meringue into the Greek yogurt mixture and put in the fridge for about 15-30 minutes to chill. While the filling is chilling make the whipped cream (or just use the stuff in the can if you don’t have time). I decided to make a maple cinnamon whipped cream to tie everything together. I used a 1/4 cup whipping cream, a tablespoon of maple syrup, and a pinch of cinnamon. I used the Athens Mini Fillo Shells that I had leftover from my Mini Cranberry Orange Meringue Tarts to put the Pumpkin Greek Yogurt Mousse in. I filled each of them with a spoonful of the mixture then put a dollop of my maple cinnamon whipped cream on top. 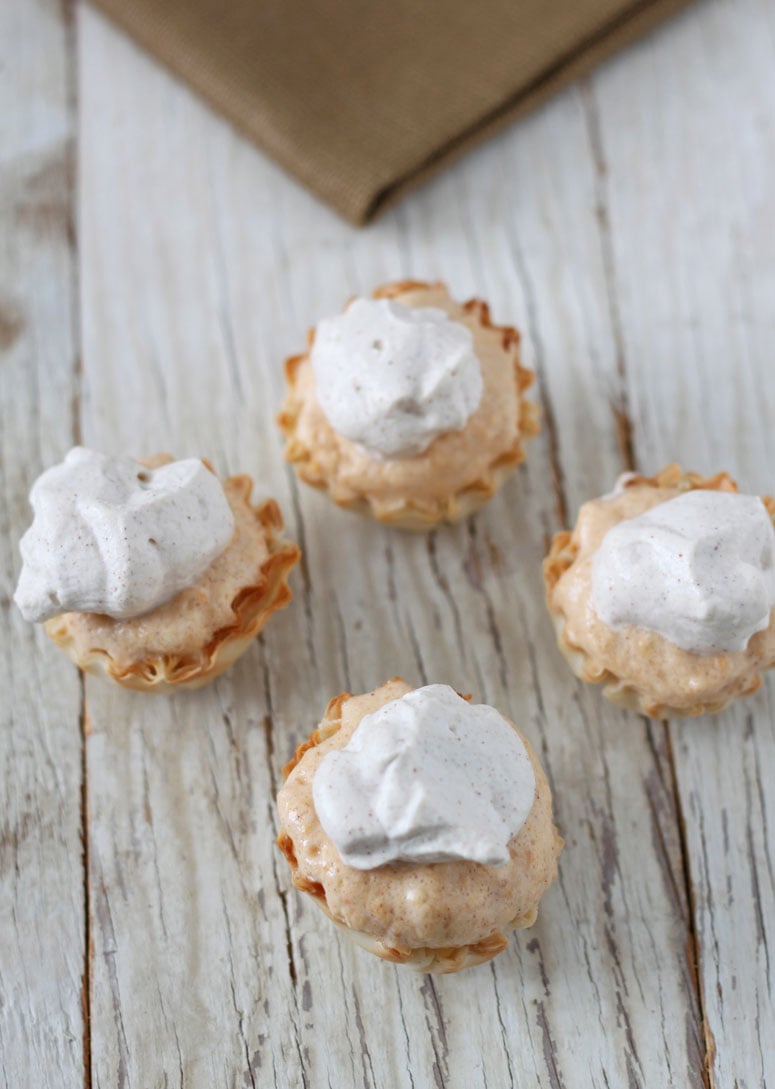 They tasted amazing! The Pumpkin Greek Yogurt Mousse filling was light and airy thanks to the meringue. The whipped cream was heavenly, the cinnamon really added nice warmth to it. The Pumpkin Greek Yogurt Mousse Cups are just the right size and they aren’t overly sweet. Of course since they are on the healthier side as far as dessert goes feel free to have a few, after all they are bite sized! 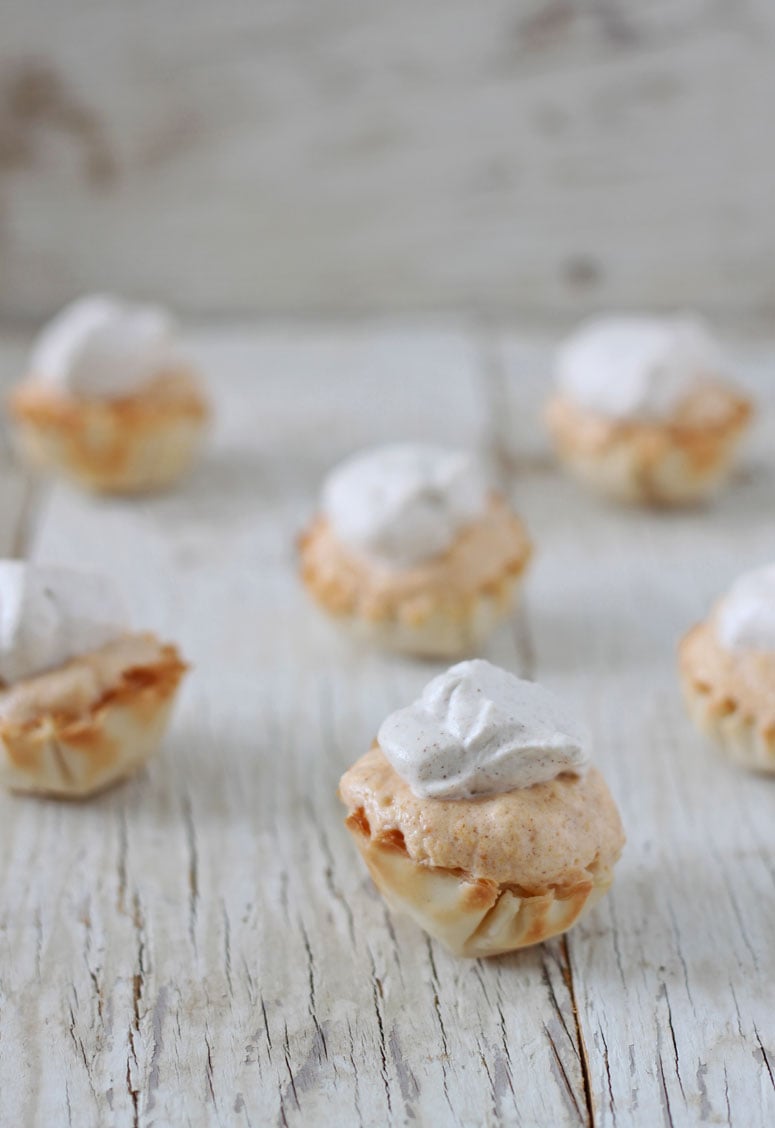 Don't let the mousse mixture sit for too long or it will start to deflate and become watery.

It is best to assemble the pumpkin Greek yogurt mousse cups just before serving so that the phyllo shells stay crisp and don't get soggy.

Feel free to use whipped cream from a can if you are running short on time. 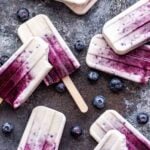 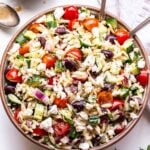 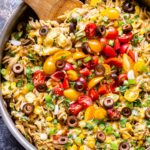 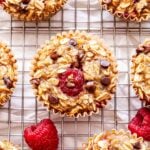