Soup is one of those great meals that is easy to make, feeds a lot of people, and you can freeze to have on a day you don’t have time to cook. 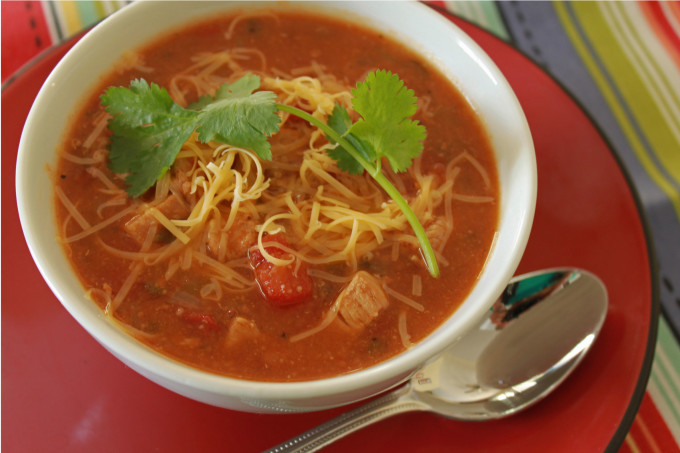 Monday I had the day off from work so I thought I would get a head start on the week’s meals. I decided this Southwest Chicken soup would be a great meal for midweek when I knew I would be getting home tired from work and not in the mood to cook. I adapted this recipe from one of (I have many) my favorite cooking blogs called Iowa Girl Eats . She has tons of yummy recipes on here, as well as workouts and stories about places she has traveled. 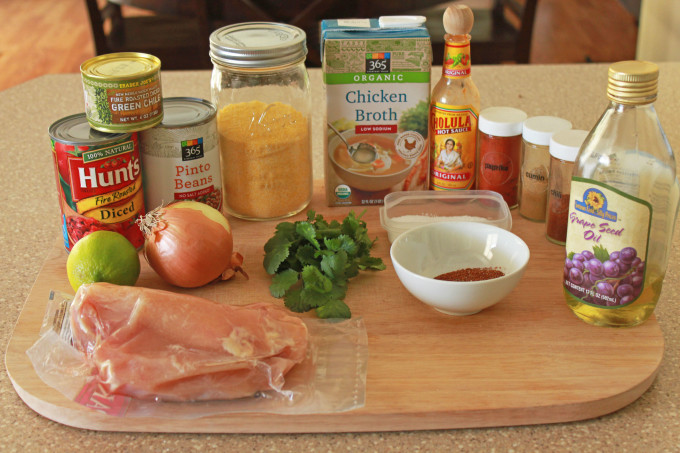 Some of the changes that I made to the recipe were, adding a can of fire roasted tomatoes, a can of diced green chiles, smoked paprika and a bit more cumin. I chose not to use tortilla chips and avocado as toppers. However, I did make some great homemade pico de gallo! One of these days I’ll get that recipe up on here. 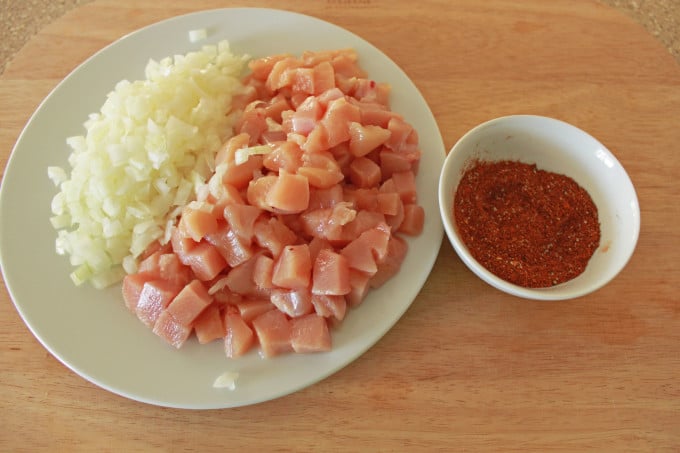 Putting this soup together was a piece of cake. First chop the chicken and onion. 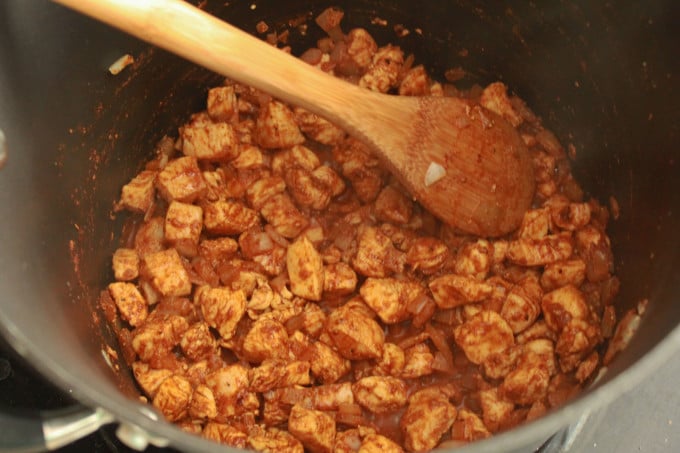 Next, add it to a large pot with a bit of oil and cook it until the chicken is no longer pink. This is also when I added all of the spices. 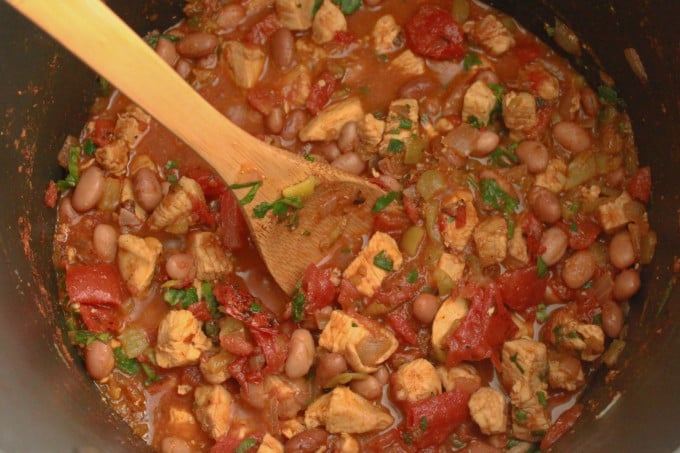 The next step was adding in the chiles, fire roasted tomatoes, cilantro, and beans. I let that all simmer together for a few minutes and then added the broth. That was pretty much all the work! After that, I let it do it’s thing and simmer away for about 20 minutes. The last little step was to add corn meal with the remaining broth to thicken the soup. Masa or cornflour like the original recipe calls for probably would have worked better, but this will work in a pinch. 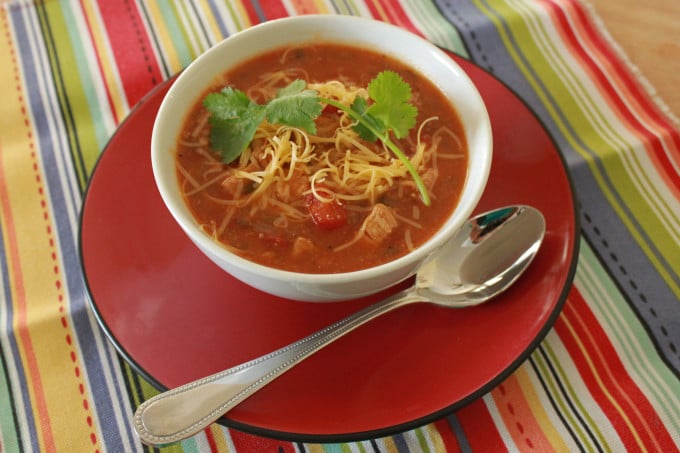 The ending result was delicious! It had a slightly spicy, but not overpowering flavor, and the smoked paprika and fire roasted tomatoes gave it a nice, well, smokey flavor! The best part however was knowing that I had a meal ready for later in the week and would be able to come home from work and not worry about what to make.

This website uses cookies to improve your experience while you navigate through the website. Out of these, the cookies that are categorized as necessary are stored on your browser as they are essential for the working of basic functionalities of the website. We also use third-party cookies that help us analyze and understand how you use this website. These cookies will be stored in your browser only with your consent. You also have the option to opt-out of these cookies. But opting out of some of these cookies may affect your browsing experience.
Necessary Always Enabled
Necessary cookies are absolutely essential for the website to function properly. These cookies ensure basic functionalities and security features of the website, anonymously.
Functional
Functional cookies help to perform certain functionalities like sharing the content of the website on social media platforms, collect feedbacks, and other third-party features.
Performance
Performance cookies are used to understand and analyze the key performance indexes of the website which helps in delivering a better user experience for the visitors.
Analytics
Analytical cookies are used to understand how visitors interact with the website. These cookies help provide information on metrics the number of visitors, bounce rate, traffic source, etc.
Advertisement
Advertisement cookies are used to provide visitors with relevant ads and marketing campaigns. These cookies track visitors across websites and collect information to provide customized ads.
Others
Other uncategorized cookies are those that are being analyzed and have not been classified into a category as yet.
SAVE & ACCEPT
Skip to Recipe
32 shares