I’m not typically a fan of boxed mixes when it comes to desserts and baking, however I will make an exception and that is pudding. With that being said, my favorite boxed pudding is pistachio! I love the almond taste that it has, which makes no sense since it’s pistachio pudding. I find it amusing how there is probably a total of two pistachios ground up in each box of pudding. Oh well, we all have our guilty pleasures and that is one of mine. It is also how I came up with the idea to make these Pistachio Pudding Rice Krispie Treats. 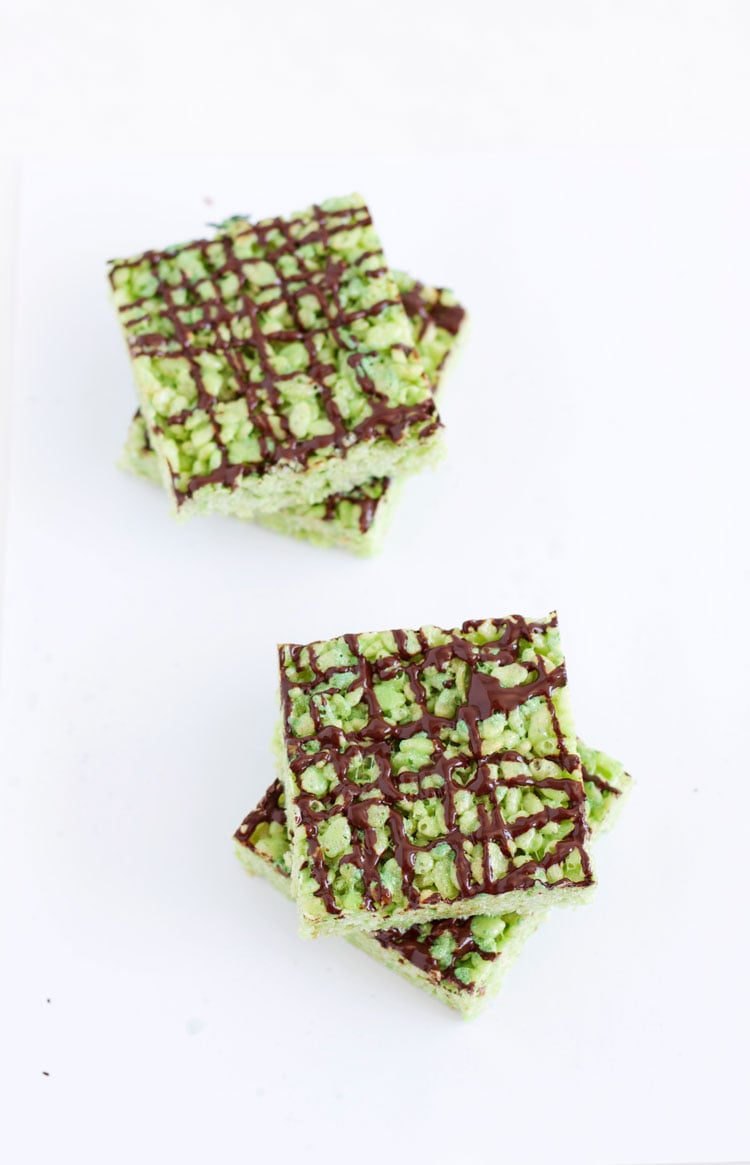 I was standing in the baking aisle at the grocery store trying to decide what to make for my final St. Patrick’s Day dessert. My first thought was to make the traditional St. Patrick’s Day cupcakes that my family makes every year (which also happen to use pistachio pudding), but I wanted to try something different this year. 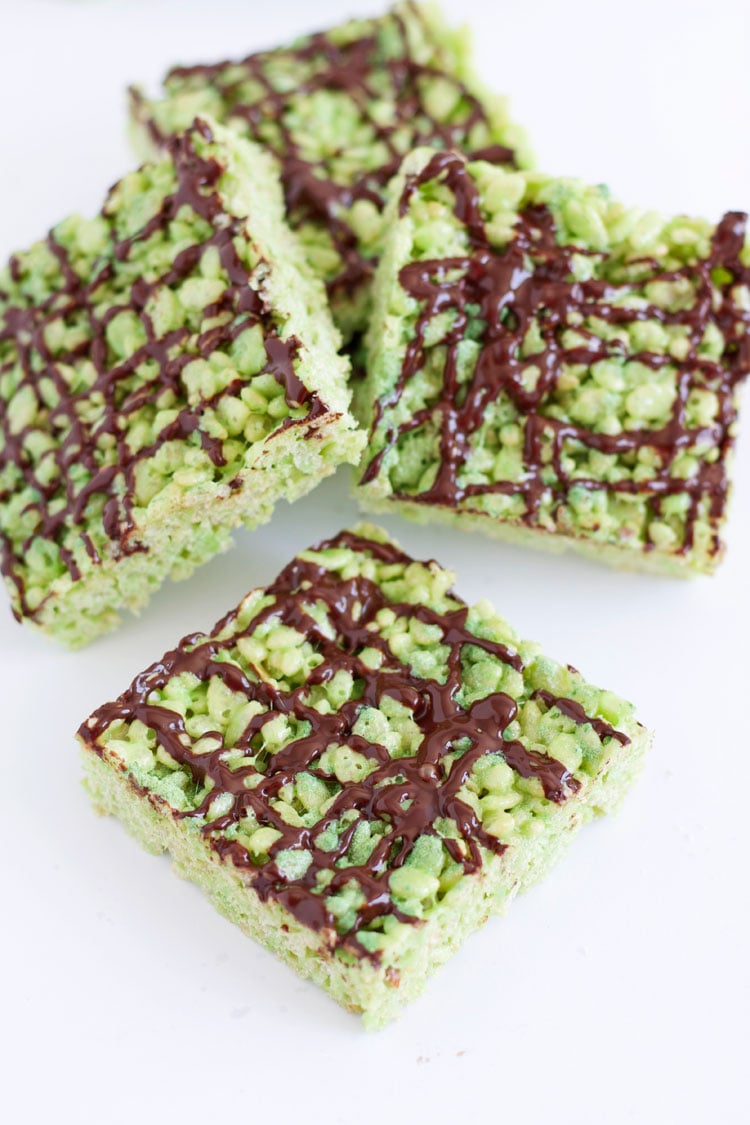 I had been craving Rice Krispie treats lately so I figured why not add some of the pistachio pudding mix to those and see how they turn out. 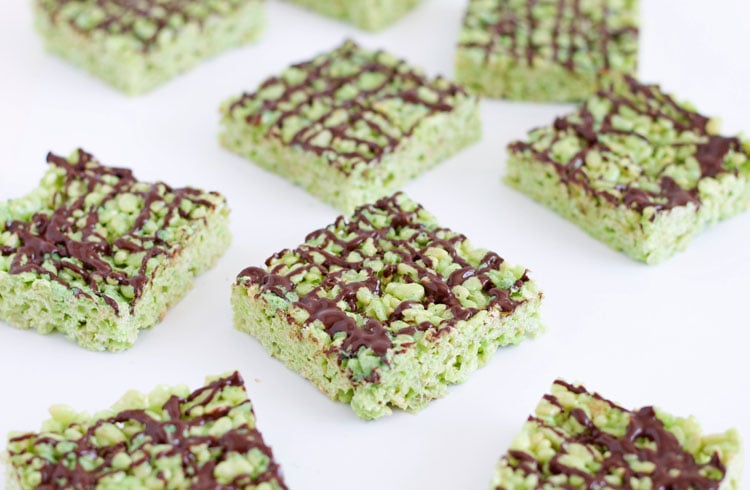 Well boy did they turn out! They turned out so good that the pan didn’t even last the whole day (don’t judge me). They were everything I hoped they would be and even reminded me slightly of the cupcakes we typically make. 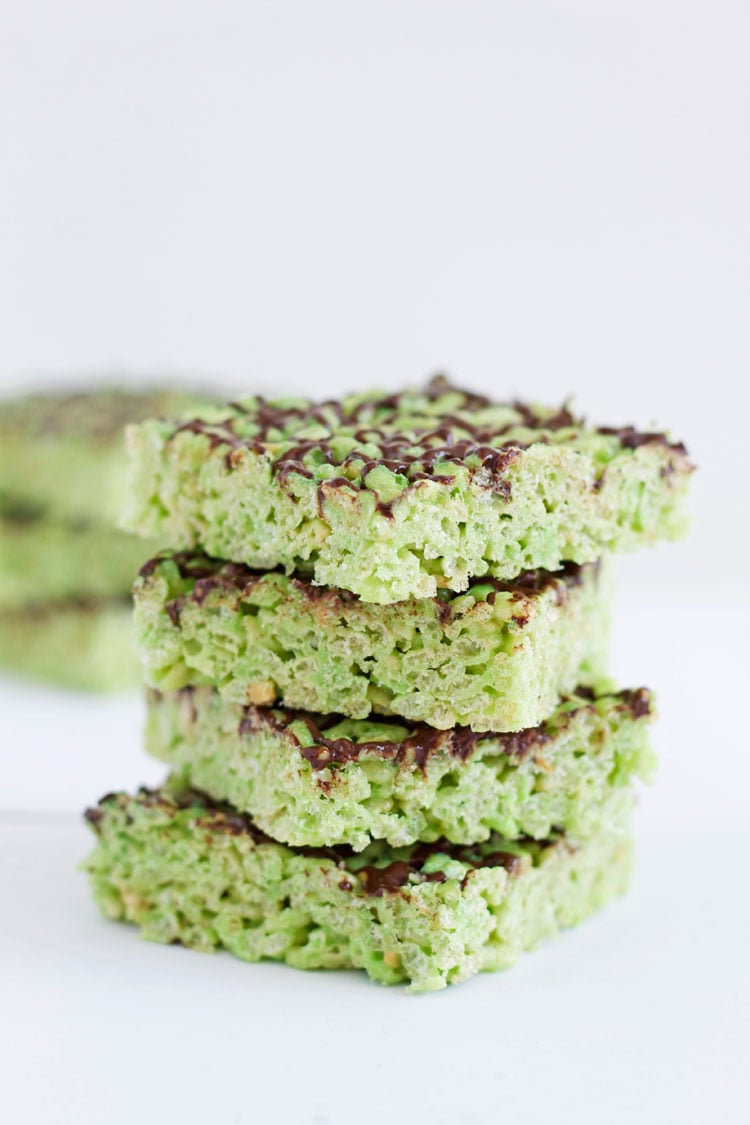 To make the Pistachio Pudding Rice Krispie Treats I melted 3 tablespoons of butter in a large pot and then dumped in a bag of mini marshmallows. Once the marshmallows were melted I added in 1/4 cup of the pistachio pudding mix, 1/2 a teaspoon of almond extract, and a couple drops of green food coloring (for St. Patrick’s Day of course). After everything was mixed together I added in 4 cups of Rice Krispies and folded everything together. I poured the treats into a 8×8 square baking pan that I had sprayed with cooking spray and then pressed them down into an even layer. Just a little note, spray a little of the cooking spray on your hands so that the treats don’t stick to your hands when you are pressing them into the pan, I’m sure you already knew that. 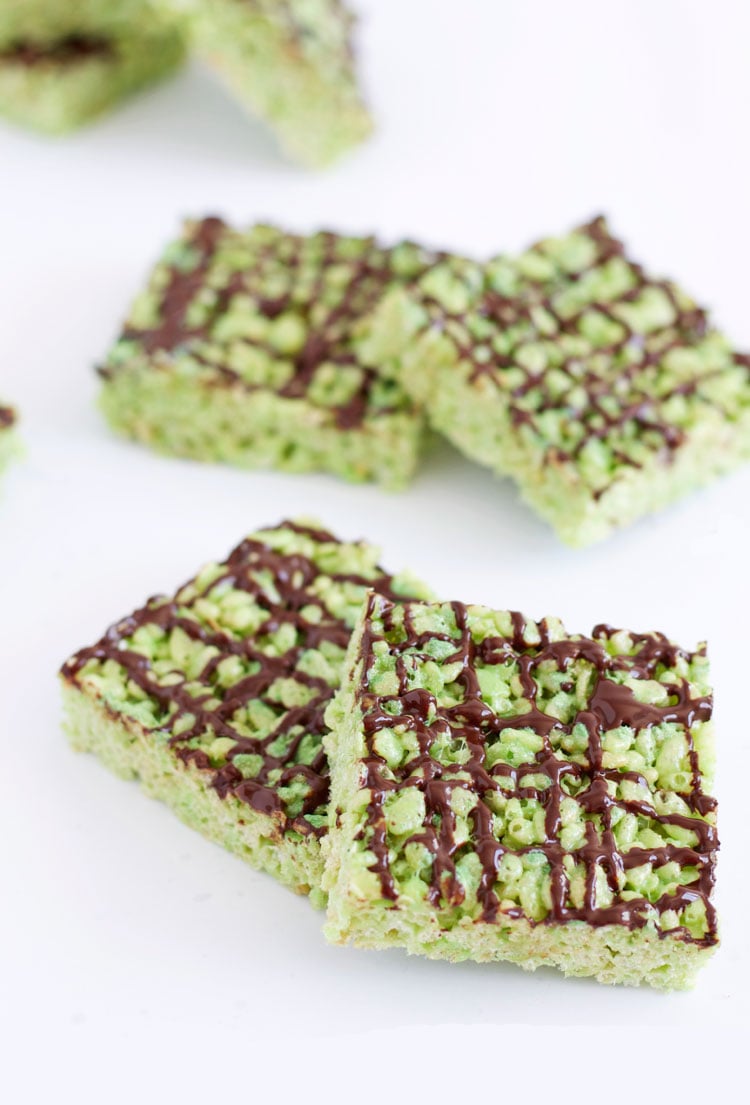 So at this point I could have left the treats the way they were, but I figured a little bit of dark chocolate drizzled over the top couldn’t hurt! Yeah it didn’t hurt at all. It was the perfect finishing touch to these Pistachio Pudding Rice Krispie Treats! 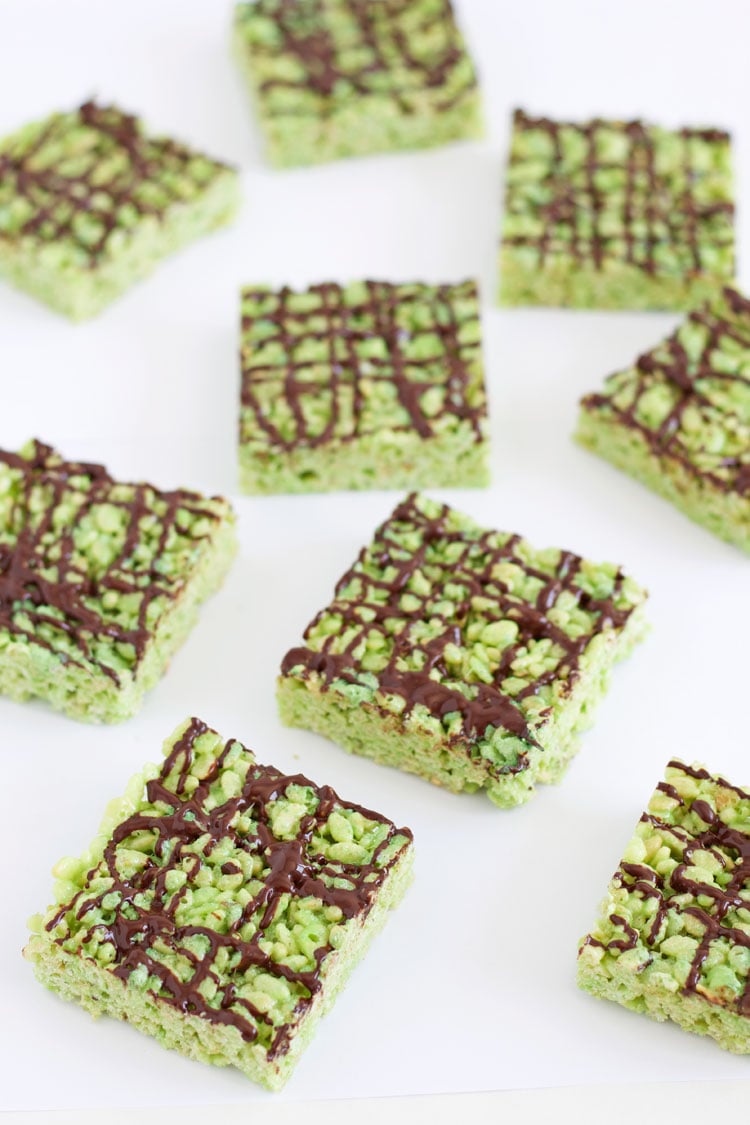 Store the bars in an airtight container to prevent them from drying out.

This website uses cookies to improve your experience while you navigate through the website. Out of these, the cookies that are categorized as necessary are stored on your browser as they are essential for the working of basic functionalities of the website. We also use third-party cookies that help us analyze and understand how you use this website. These cookies will be stored in your browser only with your consent. You also have the option to opt-out of these cookies. But opting out of some of these cookies may affect your browsing experience.
Necessary Always Enabled
Necessary cookies are absolutely essential for the website to function properly. These cookies ensure basic functionalities and security features of the website, anonymously.
Functional
Functional cookies help to perform certain functionalities like sharing the content of the website on social media platforms, collect feedbacks, and other third-party features.
Performance
Performance cookies are used to understand and analyze the key performance indexes of the website which helps in delivering a better user experience for the visitors.
Analytics
Analytical cookies are used to understand how visitors interact with the website. These cookies help provide information on metrics the number of visitors, bounce rate, traffic source, etc.
Advertisement
Advertisement cookies are used to provide visitors with relevant ads and marketing campaigns. These cookies track visitors across websites and collect information to provide customized ads.
Others
Other uncategorized cookies are those that are being analyzed and have not been classified into a category as yet.
SAVE & ACCEPT
Skip to Recipe
2002 shares