Pancakes that taste just like a slice of banana bread straight from the oven! These Banana Bread Pancakes with Cinnamon Cream Cheese Glaze are a must make for your next brunch or weekend breakfast! 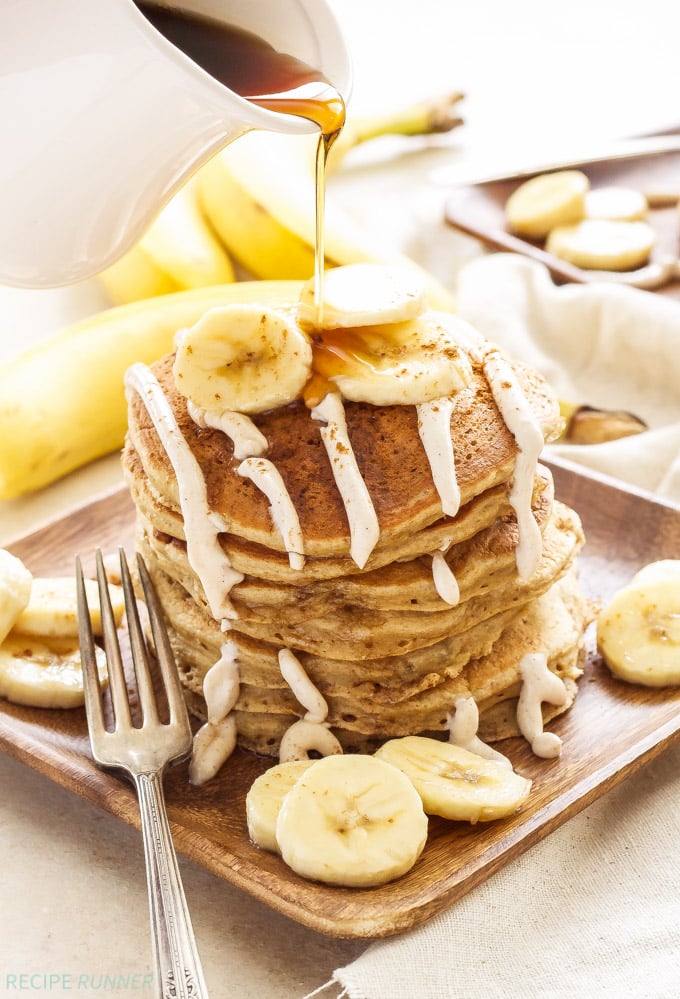 Today we’re talking brunch my friends. It’s that magical meal that happens on the weekend and can last all morning and even into the afternoon. I love brunch because it’s a time to relax and indulge in a combination of sweet and savory foods. Most days we are so rushed eating our meals that we hardly even realize what we’re putting in our mouths. Not brunch though! Nope, brunch is a time when we gather with friends and family, fill our plates with far too much food, maybe have a mimosa or bloody Mary, then spend the next couple hours lounging around savoring the amazing food, talking, laughing and letting the time pass by without a care in the world. 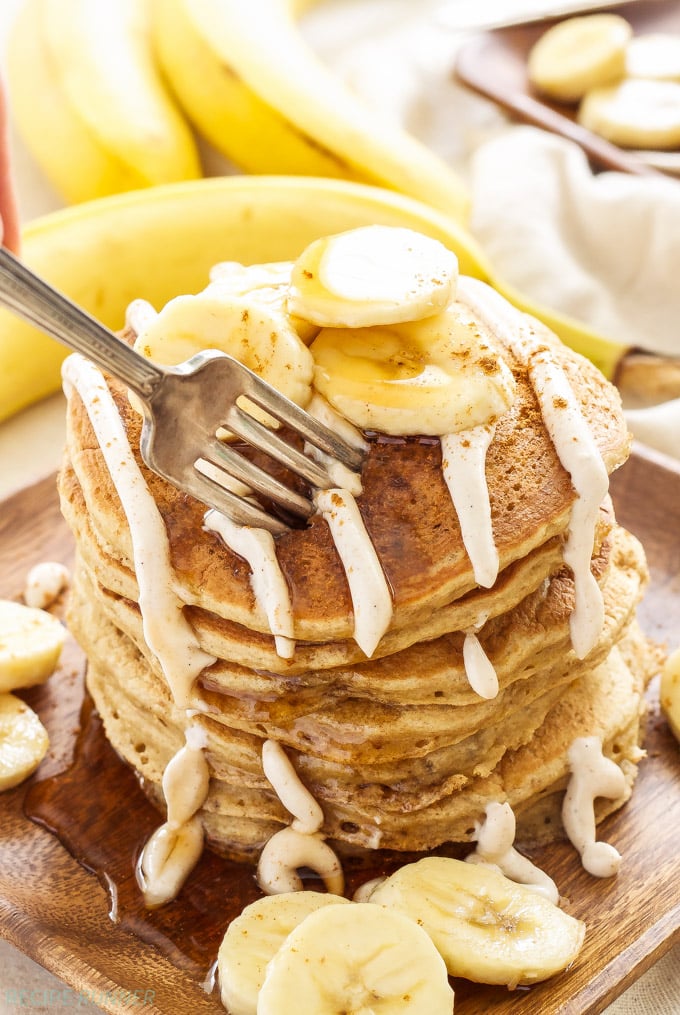 Brunch of course can be held any time of year, but I love a good spring or summer brunch because then you can enjoy it outdoors. I always feel like I eat slower and relax more when I’m outside. I suppose it’s the fresh air and taking everything in that’s around me. 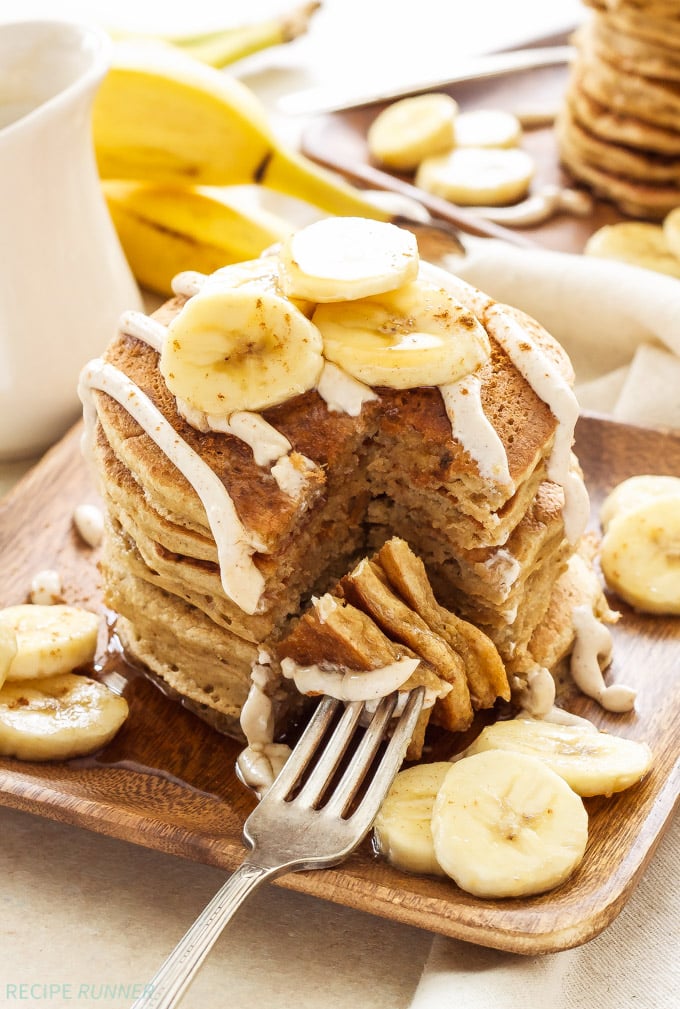 Enough about the atmosphere of brunch let’s move on to what’s most important, the food! The spread you put on your brunch table is limitless, anything goes. Eggs, bacon, cinnamon rolls, muffins, smoked salmon, crudities, casseroles, breads… I could go on and on. One of my favorite brunch items next to a big gooey cinnamon roll is pancakes. I always think of pancakes as a weekend treat, especially when you make them the flavor of your favorite quick bread and drizzle them with glaze like I did with these Banana Bread Pancakes with Cinnamon Cream Cheese Glaze. 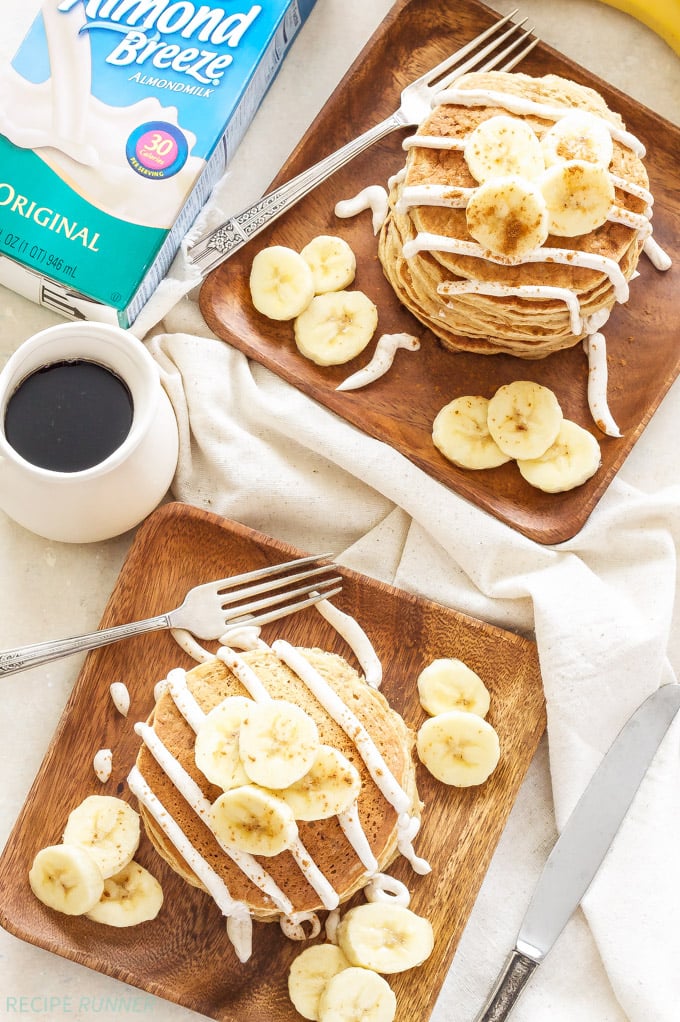 The banana bread pancakes not only taste just like banana bread, but they’re probably even a little healthier for you than a slice of banana bread. They’re 100% whole wheat of course, because that’s just how I roll with my pancakes. Most of the sweetness comes from the bananas with the remaining amount from honey. They also use Greek yogurt to replace the oil and Almond Breeze Unsweetened Original Almondmilk. Almond milk is my go-to for most of my baking, because of the lower amount of calories, carbs and I love that slight nutty flavor that it has. The final part of these banana bread pancakes which is optional, but highly recommended because this is brunch after all, is the cinnamon cream cheese glaze. It’s a little sweet, a little tangy and when drizzled over the pancakes and covered in maple syrup…perfection! Be sure to include these brunch-tastic pancakes to your spring or better yet Mother’s Day menu!

This post was sponsored by Blue Diamond Almond Breeze Almondmilk. As always all opinions are my own. 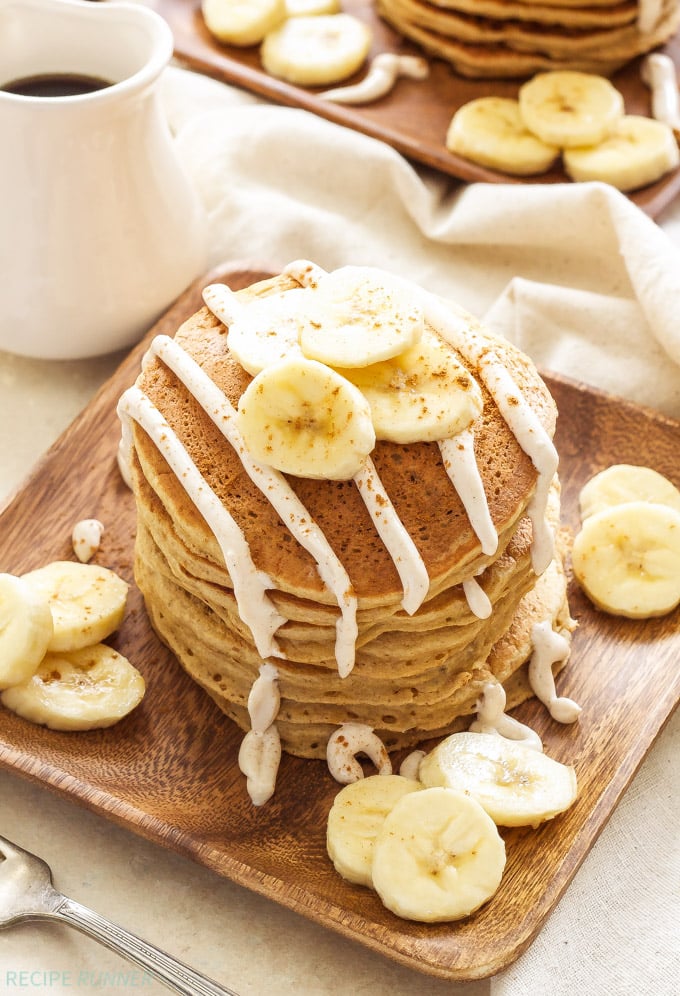 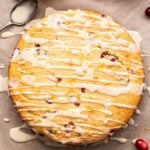 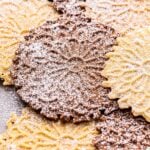