Move over baked apples! These Cinnamon Maple Oatmeal Baked Pears are the new star in town and they’re perfect for your next fall or holiday brunch. 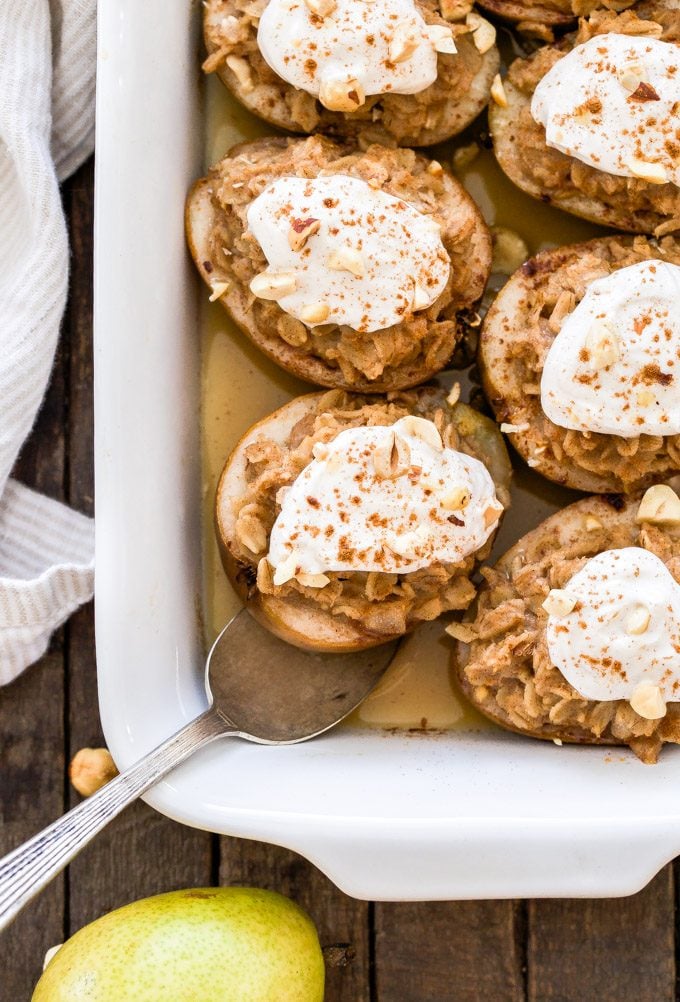 Happy November! I can’t believe it’s already here. It sort of marks the start of the holiday season and let’s not forget that there are TWO major holidays not just the big one in December.

I always get annoyed that stores and the media seem to forget about my favorite holiday, Thanksgiving. It’s like once Halloween is over, so is fall and it’s time to start Christmas shopping. It’s almost impossible to find any fall decorations now because all the Christmas stuff came out three weeks ago! 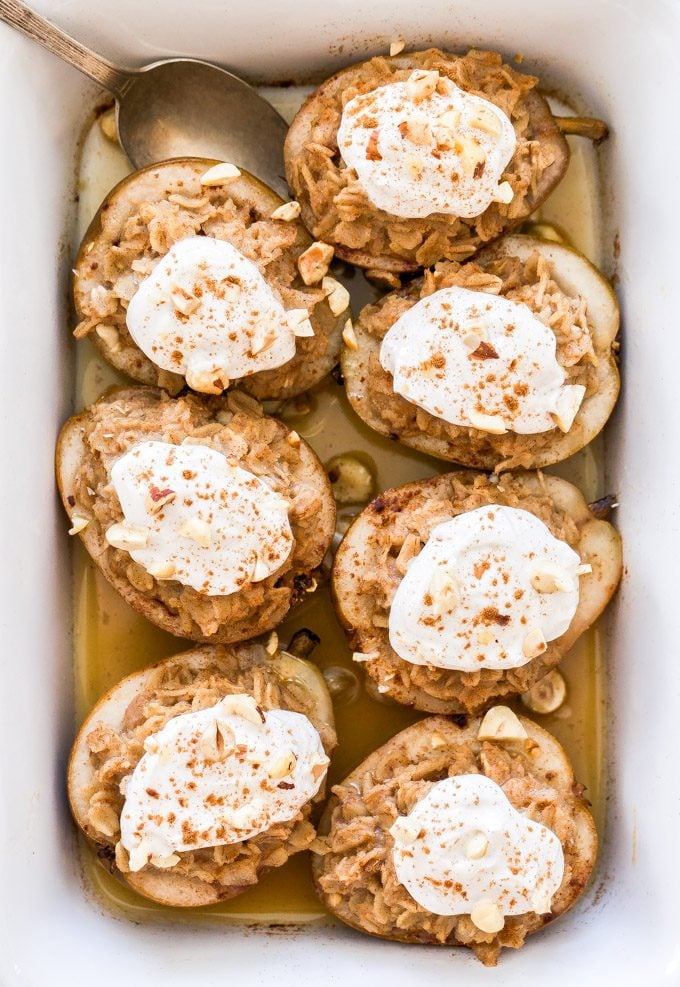 Another thing that often gets pushed aside in the world of food is pears. You can find 50 variations of apple pie and enough pumpkin recipes to last until next October, but the pears seem to be far and few between.

Do people not like pears? I know some people don’t like their texture and I agree, if it isn’t ripe it can be a bit gritty. The skin can also be thick and tough if you don’t have a nice ripe one. However, if you let them ripen on the counter (because we all know they’re rarely ripe when you buy them) they can be juicy, sweet and perfect for a breakfast treat like these Cinnamon Maple Oatmeal Baked Pears. 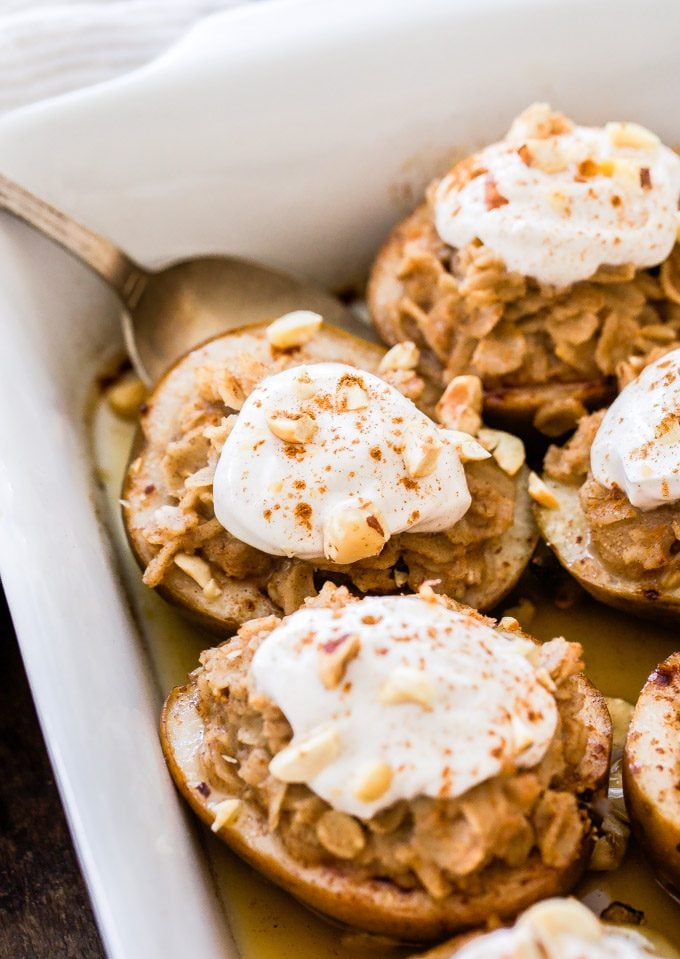 I’m sure you’ve all seen recipes for baked apples that are filled with that wonderful buttery, cinnamon, oat filling. Well, these baked pears are my spin on that, but instead of being something you serve for dessert, these are for breakfast or brunch.

It’s very easy to make this recipe. If you know how to cut pears in half and you know how to make oatmeal, then you can make these! The pears are cut in half lengthwise with the seeds and a little of the center scooped out. They get brushed with a little maple syrup before heading to the oven to bake until they are fork tender. 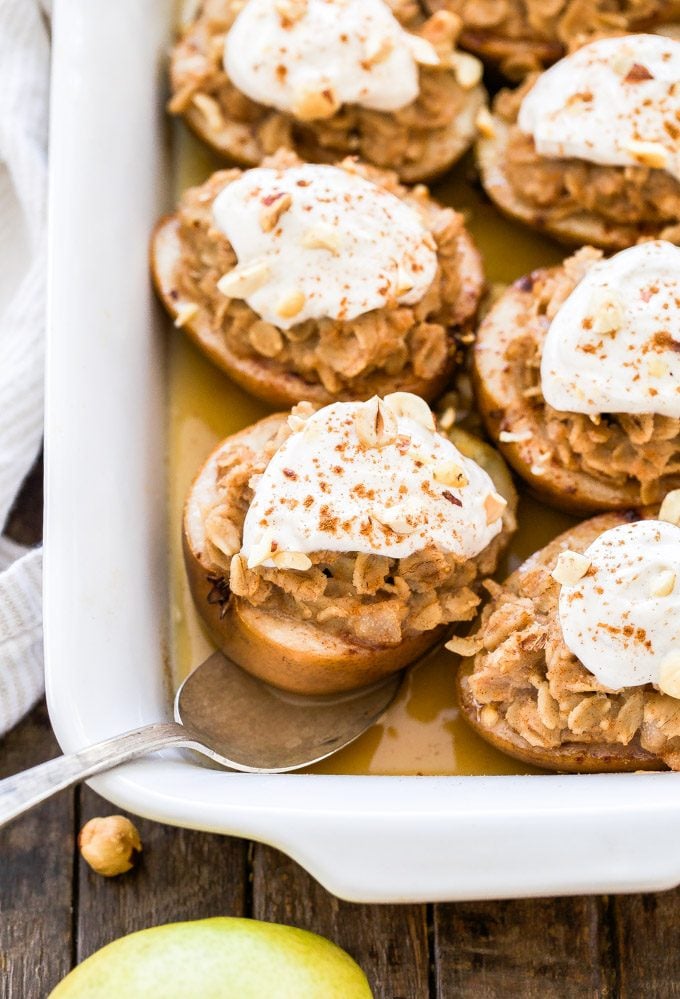 While the pears are baking make the cinnamon maple oatmeal on the stove top and keep it warm until the pears are baked. The oatmeal gets divided up and placed in the hollowed out part of the pear then goes back into the oven for a few minutes to warm up.

The final step is to top the pears with a dollop of Greek yogurt that’s been sweetened with maple syrup and cinnamon and to sprinkle on some toasted chopped hazelnuts (pecans or almonds would be great too). The oatmeal baked pears are perfectly sweet, hearty and will make a great presentation on your brunch table! 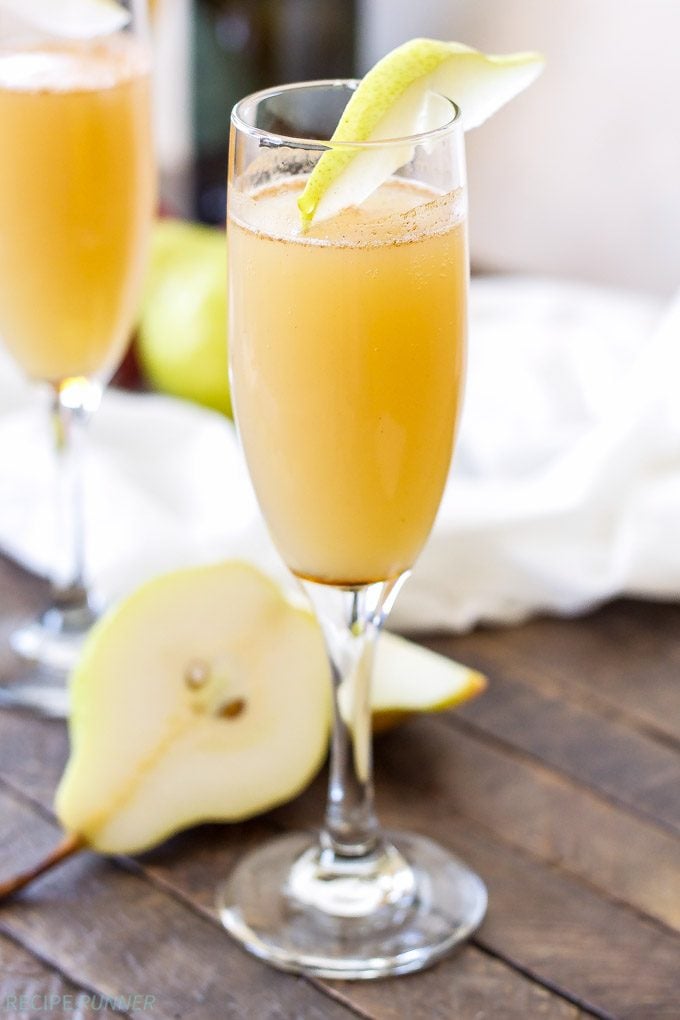 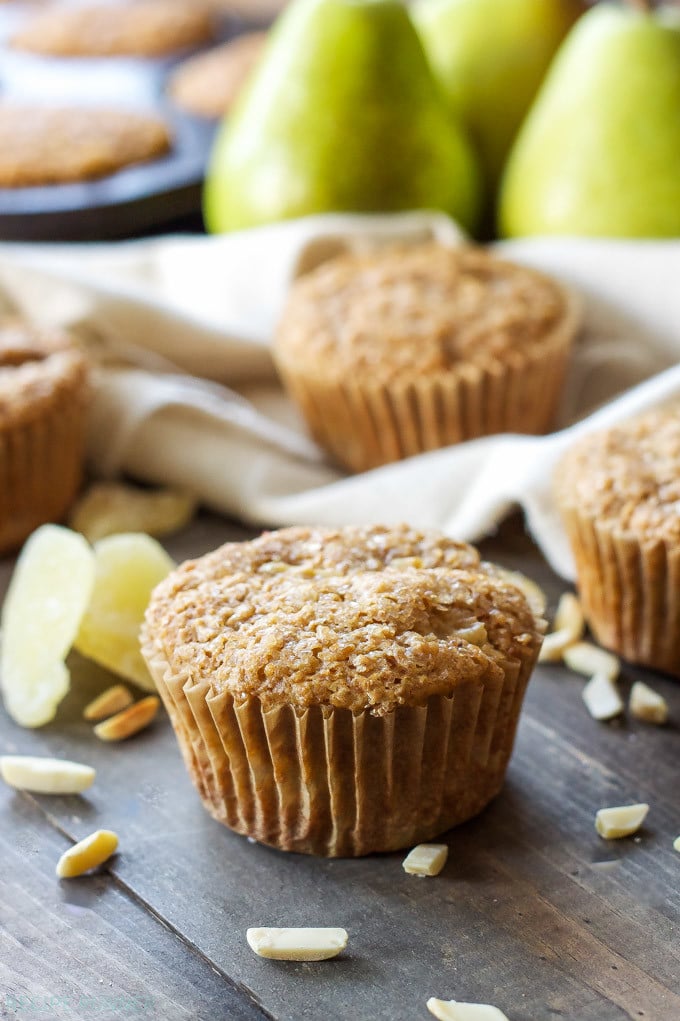 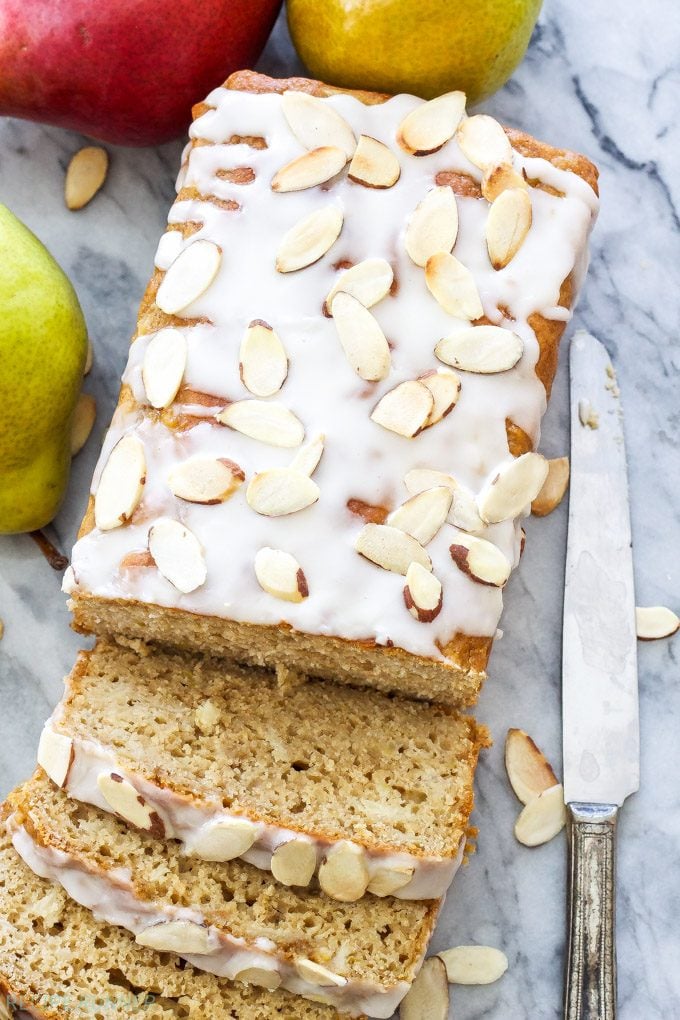 This website uses cookies to improve your experience while you navigate through the website. Out of these, the cookies that are categorized as necessary are stored on your browser as they are essential for the working of basic functionalities of the website. We also use third-party cookies that help us analyze and understand how you use this website. These cookies will be stored in your browser only with your consent. You also have the option to opt-out of these cookies. But opting out of some of these cookies may affect your browsing experience.
Necessary Always Enabled
Necessary cookies are absolutely essential for the website to function properly. These cookies ensure basic functionalities and security features of the website, anonymously.
Functional
Functional cookies help to perform certain functionalities like sharing the content of the website on social media platforms, collect feedbacks, and other third-party features.
Performance
Performance cookies are used to understand and analyze the key performance indexes of the website which helps in delivering a better user experience for the visitors.
Analytics
Analytical cookies are used to understand how visitors interact with the website. These cookies help provide information on metrics the number of visitors, bounce rate, traffic source, etc.
Advertisement
Advertisement cookies are used to provide visitors with relevant ads and marketing campaigns. These cookies track visitors across websites and collect information to provide customized ads.
Others
Other uncategorized cookies are those that are being analyzed and have not been classified into a category as yet.
SAVE & ACCEPT
Skip to Recipe
1718 shares