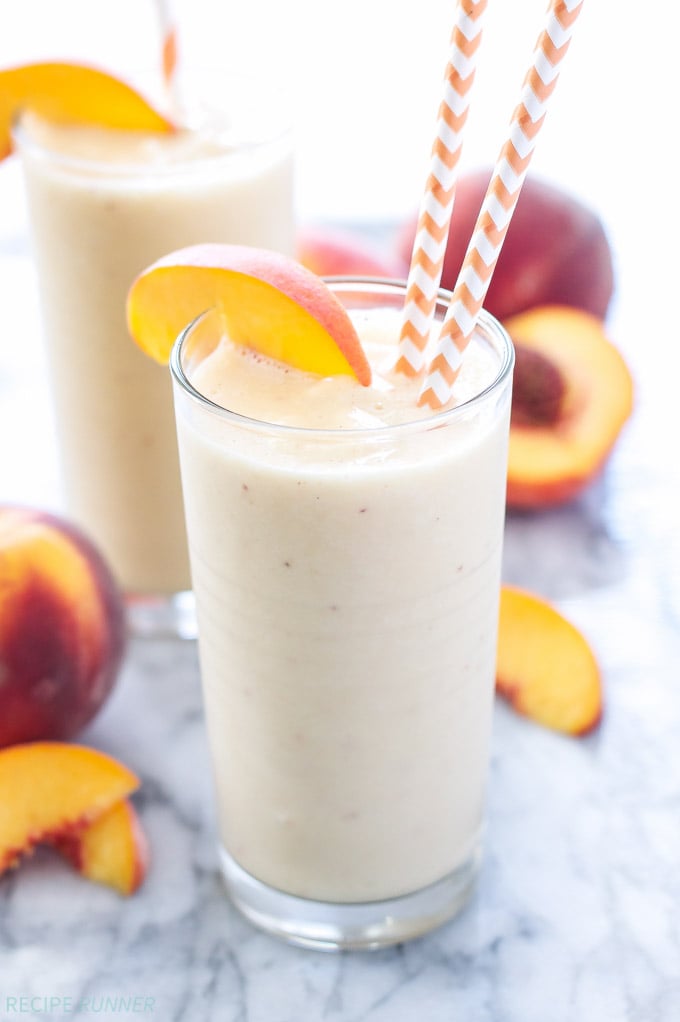 Somehow I’ve managed to let summer almost slip away without sharing a new smoothie recipe with you guys. I actually don’t think I’ve made a new smoothie recipe since January…how is this possible?! Lucky for you I froze some of my Colorado peaches a couple weeks ago and I was really in the mood for a peachy smoothie this past weekend after our overly warm weather. 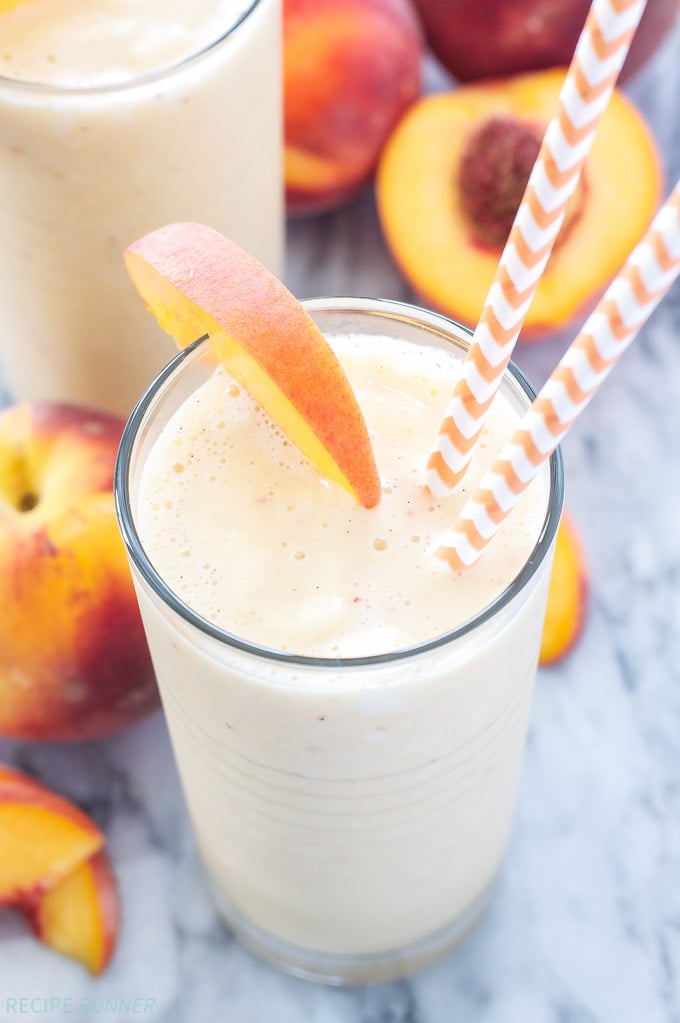 Back in January I made a Raspberry Green Tea Smoothie and it is by far my most popular smoothie recipes on the blog. I can’t say I’m surprised because it’s pretty darn tasty and is unique because it uses green tea as the liquid instead of milk or juice. I just happened to have more green tea in my pantry so I brewed a cup, chilled it, then added it to this delicious Peach Green Tea Smoothie! 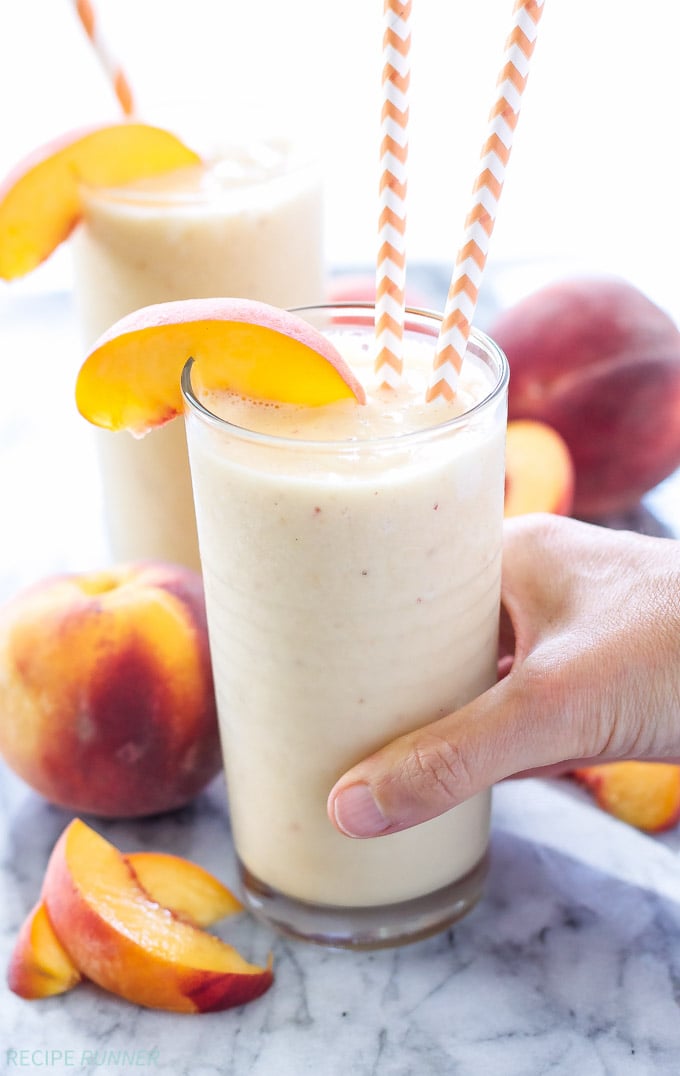 This smoothie not only has the healthy benefits of green tea and peaches in it, but it also has added protein thanks to Greek yogurt. The Greek yogurt makes this smoothie a little more filling as well as adding some creaminess. If you can’t have dairy try mixing in a non-dairy yogurt instead. I sweetened the smoothie with honey because I love the combination of peaches and honey together, not to mention honey and tea are a classic pairing. 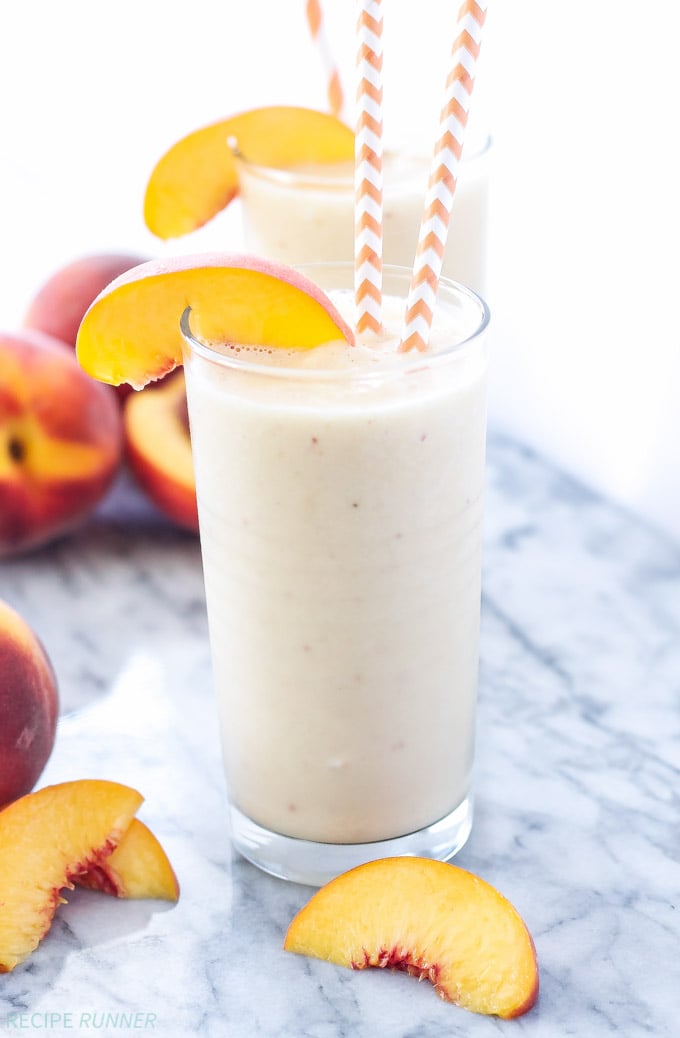 I tend to like my smoothies extra thick, probably because it makes me feel like I’m having a milkshake for breakfast rather than what it really is, a healthy smoothie. If you like your smoothies thinner I would just omit the ice or not add as much, but with the weather still being hot, I say the thicker and frostier the smoothie the better!

Place all of the ingredients into a blender and blend until smooth. 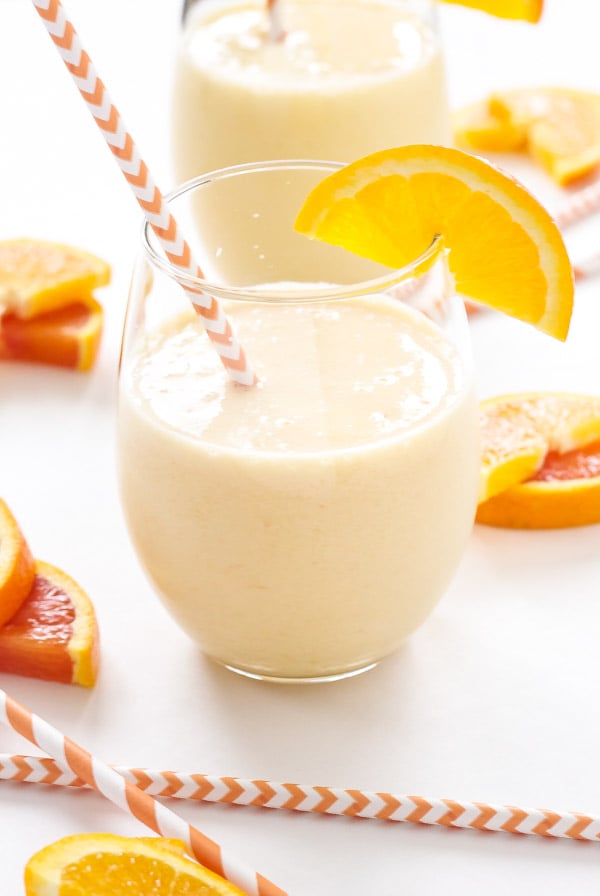 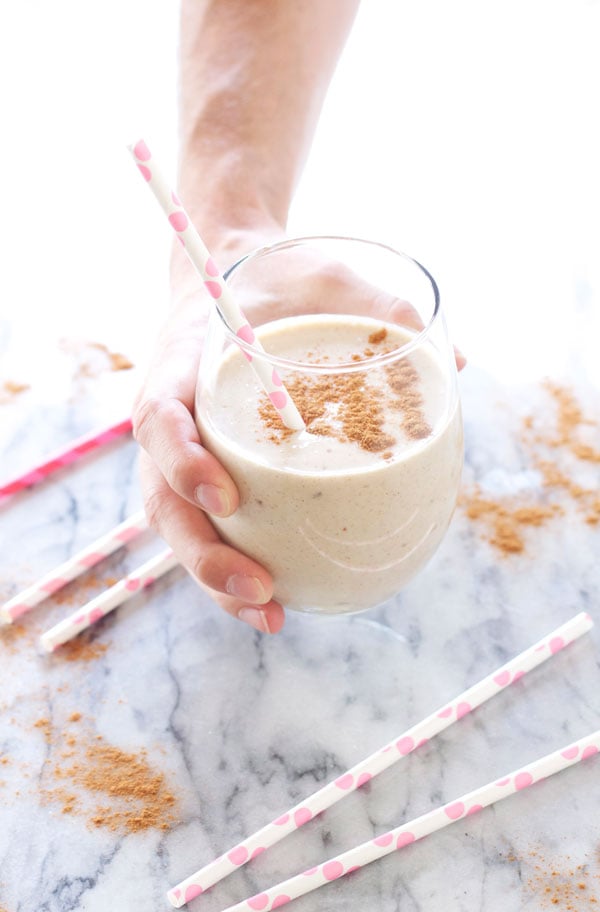 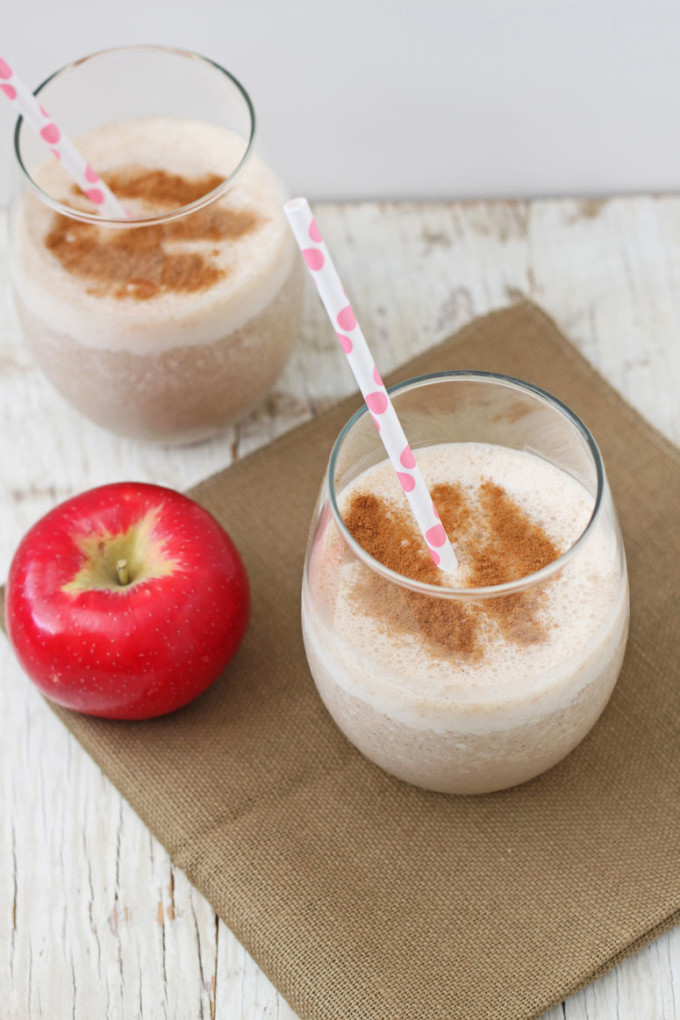 This website uses cookies to improve your experience while you navigate through the website. Out of these, the cookies that are categorized as necessary are stored on your browser as they are essential for the working of basic functionalities of the website. We also use third-party cookies that help us analyze and understand how you use this website. These cookies will be stored in your browser only with your consent. You also have the option to opt-out of these cookies. But opting out of some of these cookies may affect your browsing experience.
Necessary Always Enabled
Necessary cookies are absolutely essential for the website to function properly. These cookies ensure basic functionalities and security features of the website, anonymously.
Functional
Functional cookies help to perform certain functionalities like sharing the content of the website on social media platforms, collect feedbacks, and other third-party features.
Performance
Performance cookies are used to understand and analyze the key performance indexes of the website which helps in delivering a better user experience for the visitors.
Analytics
Analytical cookies are used to understand how visitors interact with the website. These cookies help provide information on metrics the number of visitors, bounce rate, traffic source, etc.
Advertisement
Advertisement cookies are used to provide visitors with relevant ads and marketing campaigns. These cookies track visitors across websites and collect information to provide customized ads.
Others
Other uncategorized cookies are those that are being analyzed and have not been classified into a category as yet.
SAVE & ACCEPT
Skip to Recipe
148696 shares