This Apple Cinnamon Smoothie is a quick and easy breakfast or snack to make this fall! It’s healthy, filling and the perfect balance of apple and cinnamon flavors. 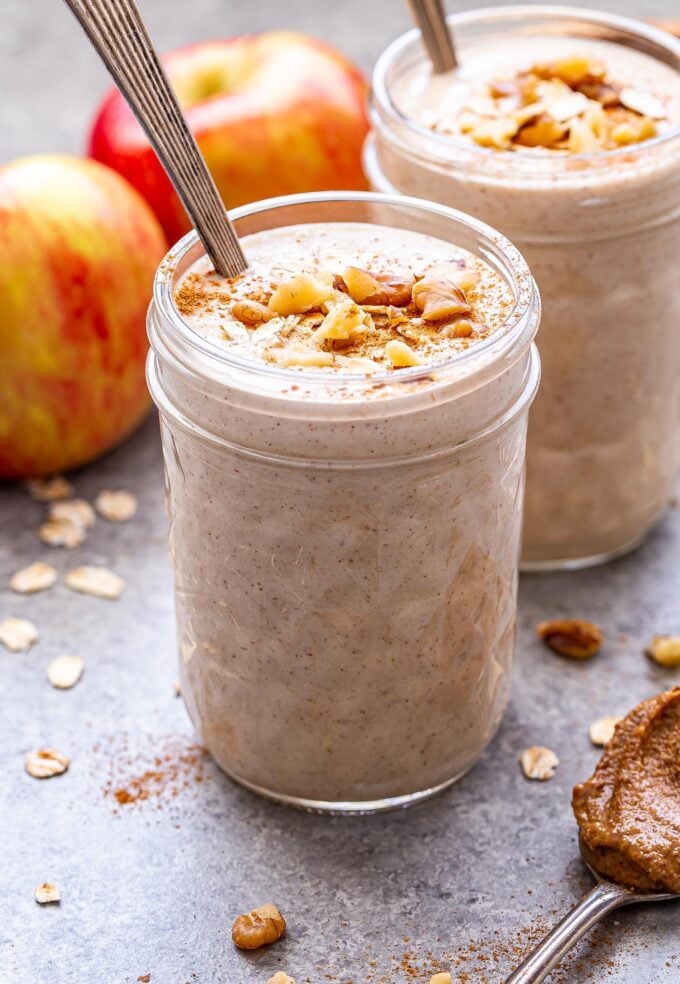 After last week’s crazy snow, yes snow in the beginning of September, we’re back to temperatures in the 80’s. I wasn’t ready for that winter weather when fall hasn’t even started. One of my favorite parts about fall is all things apple!

Pumpkin is great, but I gravitate towards apple recipes. This cranberry apple quinoa salad is a favorite of mine for lunch or a side dish with dinner. Then, for dessert, I absolutely love this quick and easy apple cake with salted caramel glaze. When it comes to breakfast or an afternoon snack I love to blend up this apple cinnamon smoothie! 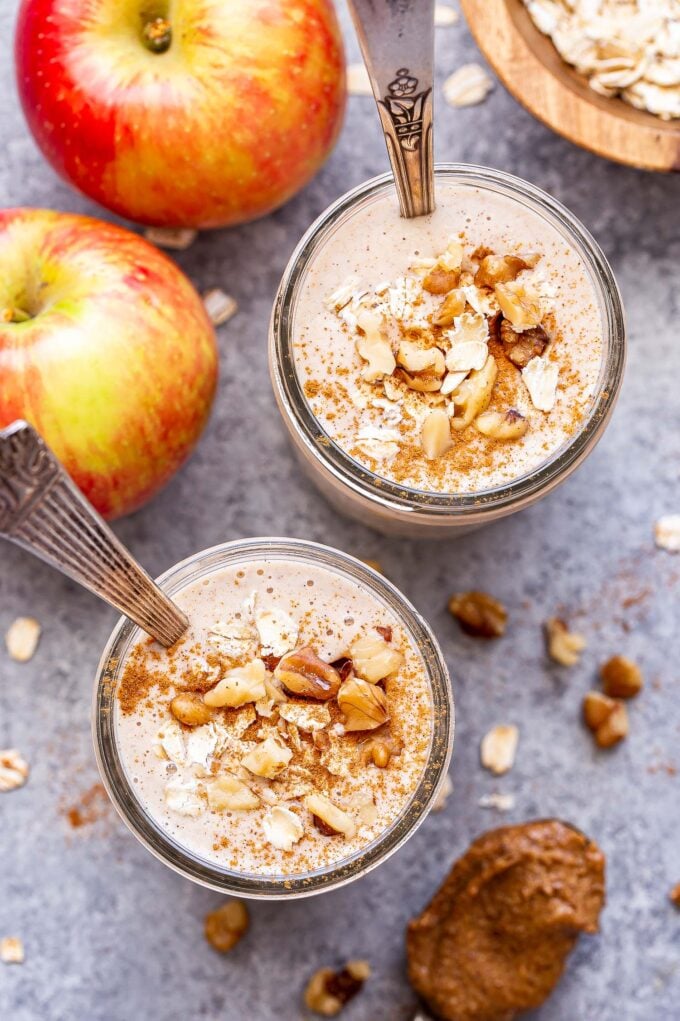 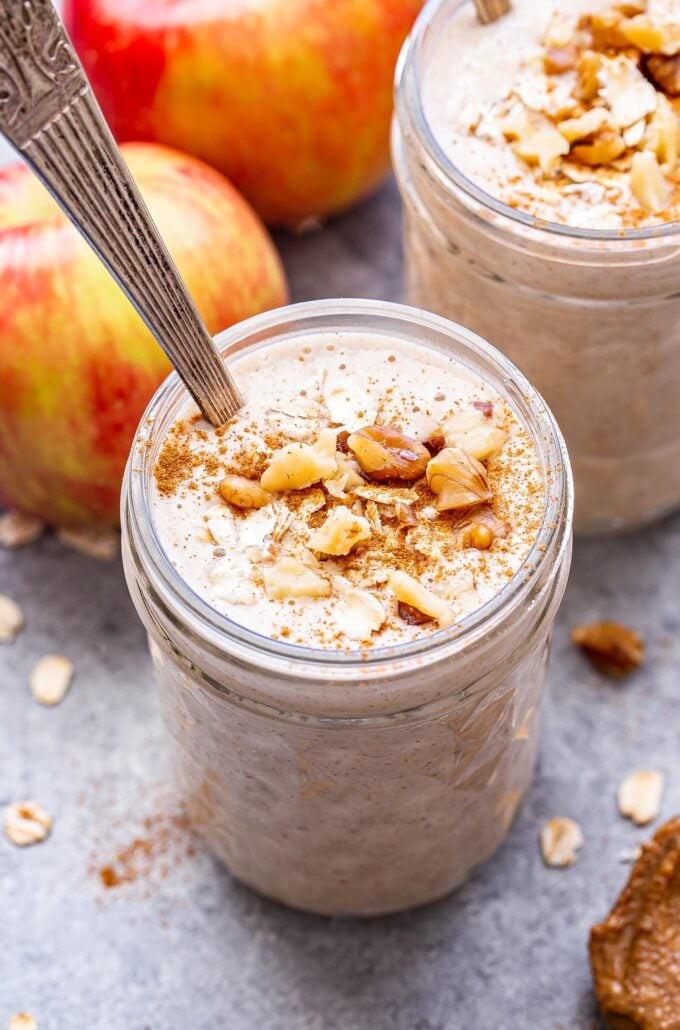 How to Make Apple Cinnamon Smoothie

Making this apple cinnamon smoothie is no different than making any other smoothie. Start by coring and dicing the apple. Peeling the apple is up to you, but definitely not necessary. Add it to your blender along with a frozen banana that’s been cut into chunks. Add in the remaining ingredients and blend everything together until it’s smooth. 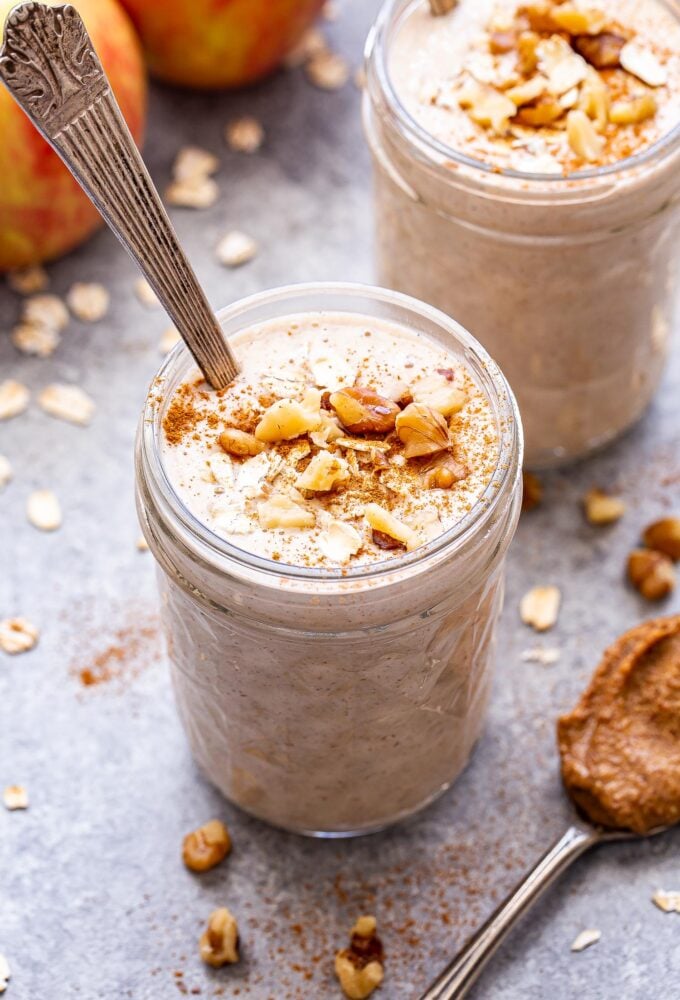 What is the Benefit of Oats in Smoothies?

Adding oats to your smoothie has a few benefits. 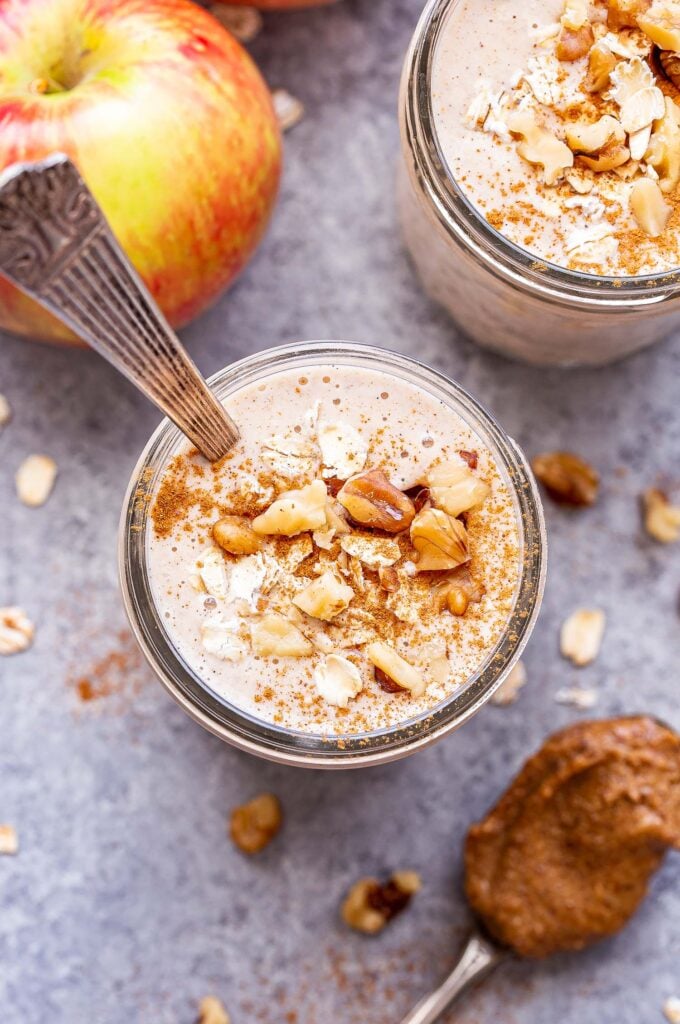 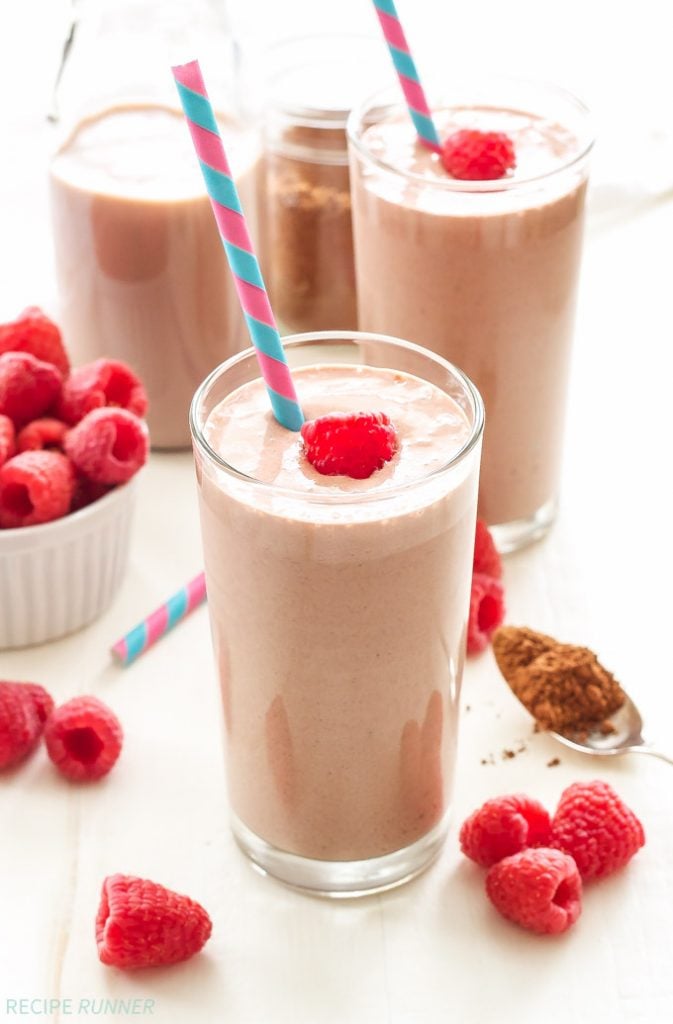 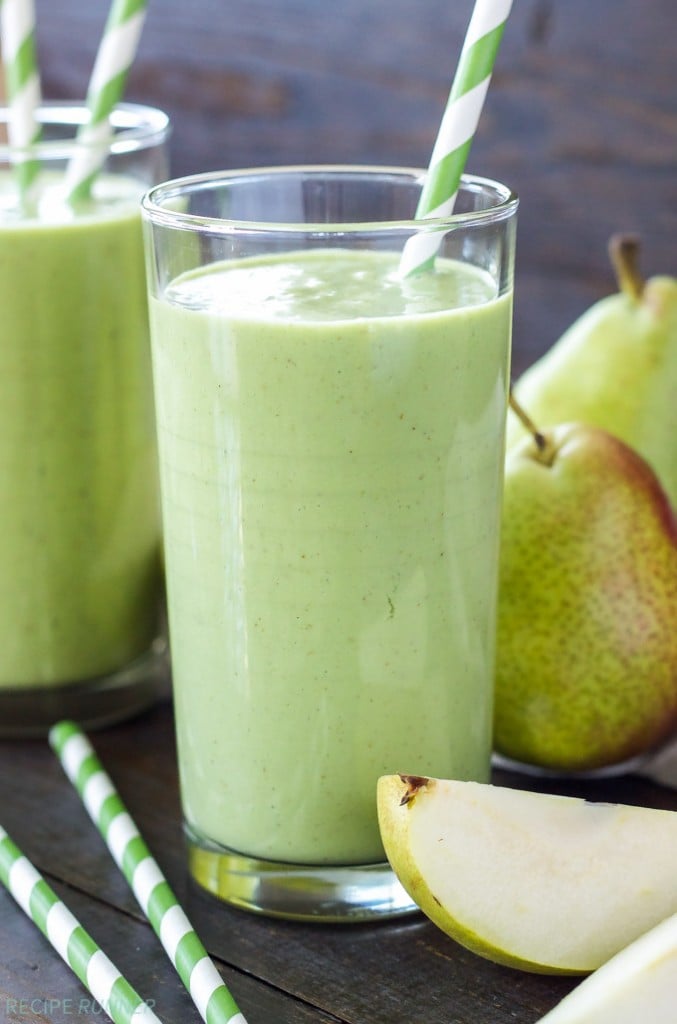 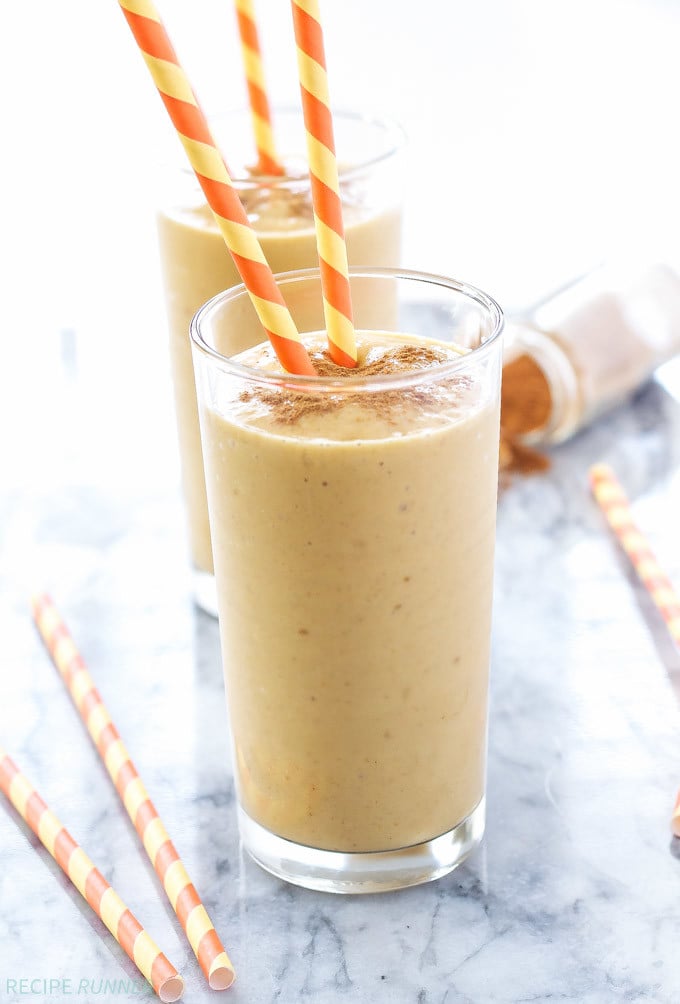 This website uses cookies to improve your experience while you navigate through the website. Out of these, the cookies that are categorized as necessary are stored on your browser as they are essential for the working of basic functionalities of the website. We also use third-party cookies that help us analyze and understand how you use this website. These cookies will be stored in your browser only with your consent. You also have the option to opt-out of these cookies. But opting out of some of these cookies may affect your browsing experience.
Necessary Always Enabled
Necessary cookies are absolutely essential for the website to function properly. These cookies ensure basic functionalities and security features of the website, anonymously.
Functional
Functional cookies help to perform certain functionalities like sharing the content of the website on social media platforms, collect feedbacks, and other third-party features.
Performance
Performance cookies are used to understand and analyze the key performance indexes of the website which helps in delivering a better user experience for the visitors.
Analytics
Analytical cookies are used to understand how visitors interact with the website. These cookies help provide information on metrics the number of visitors, bounce rate, traffic source, etc.
Advertisement
Advertisement cookies are used to provide visitors with relevant ads and marketing campaigns. These cookies track visitors across websites and collect information to provide customized ads.
Others
Other uncategorized cookies are those that are being analyzed and have not been classified into a category as yet.
SAVE & ACCEPT
Skip to Recipe
2968 shares