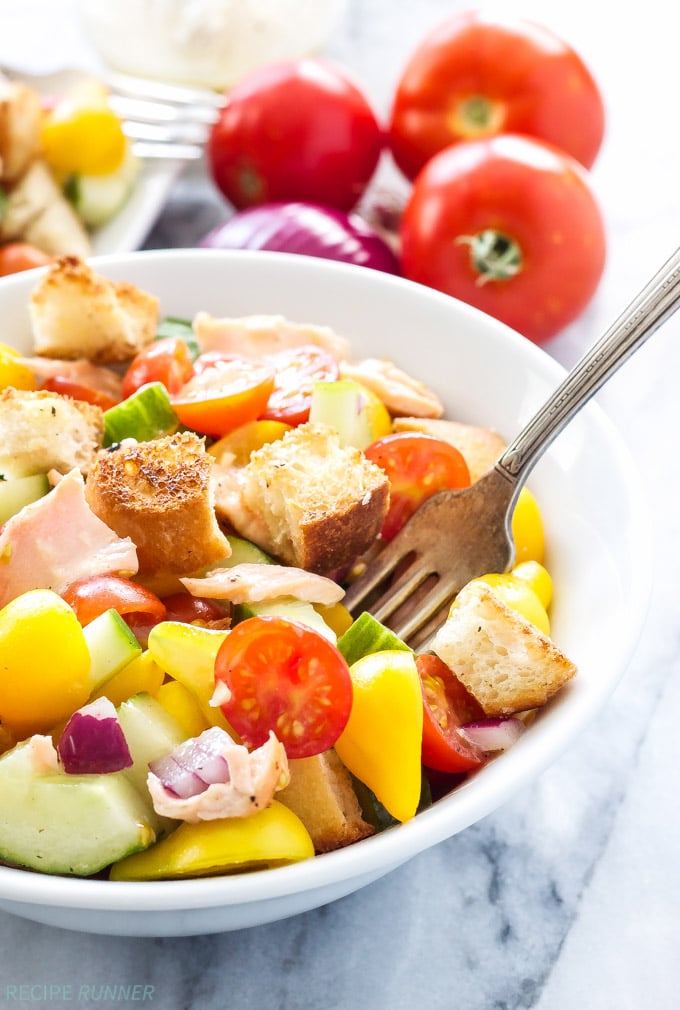 One of my favorite things to eat for dinner on hot days is a cold salad. I love the crispness of the vegetables and all the bright fresh flavors. Most of the time I just end up making a big lettuce based salad full of different vegetables at the beginning of the week, that way it’s ready for eating whenever I am and with whatever I am eating. After a while though, I tend to get tired of the same leafy green salad and crave something different. Since my tomato plants are so heavy with yellow and red cherry and grape tomatoes I decided that a salad that was heavy on tomatoes was in order. 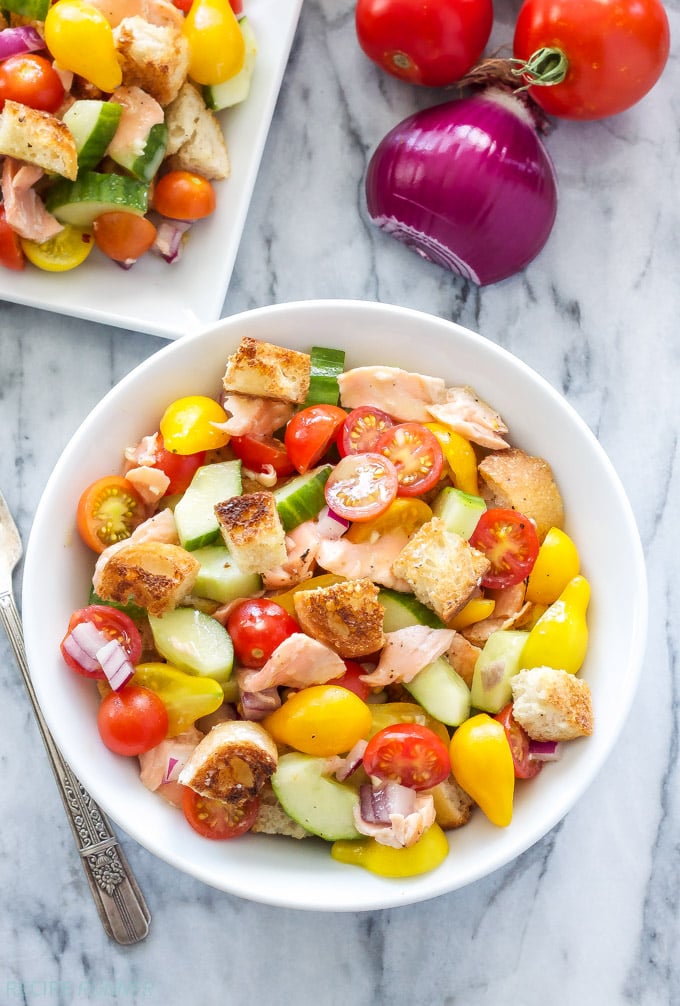 A panzanella salad was the first thing that came to mind. My two favorite things to put in my go to lettuce salads are cucumbers and tomatoes so why not just leave out the lettuce this time and replace it with toasted cubes of crusty bread and some red onion? 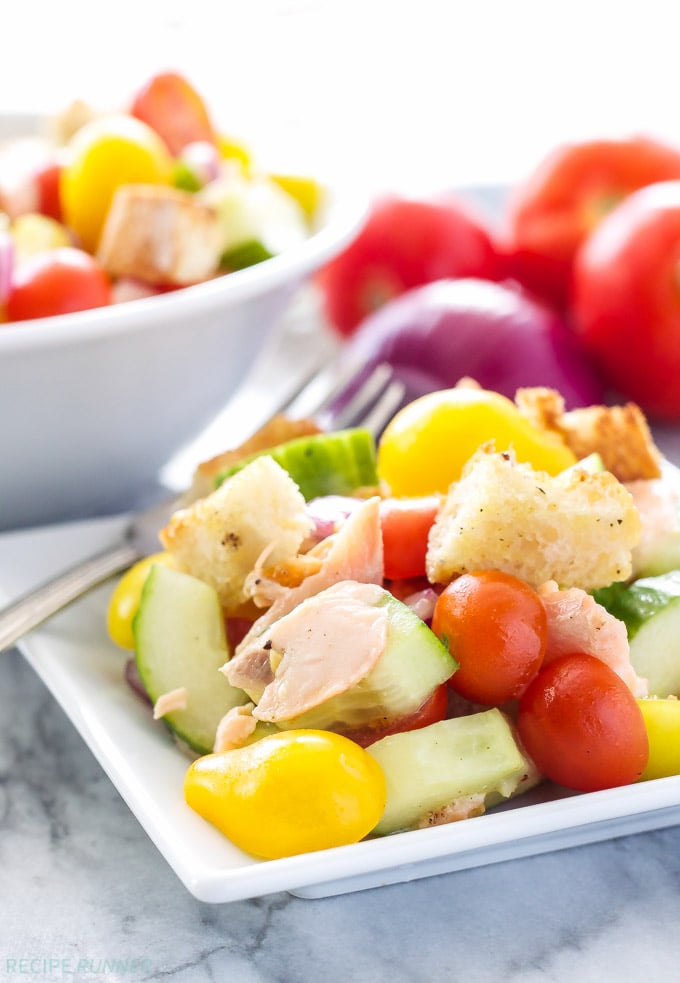 Panzanella salad isn’t something I make very often although I’m not sure why since it’s so darn delicious. Whenever I’m watching the Food Network I always seem to stumble upon an episode of Barefoot Contessa and there’s Ina making some variation of a panzanella salad. Every time I see her making it I think how easy, fresh, and colorful it looks. 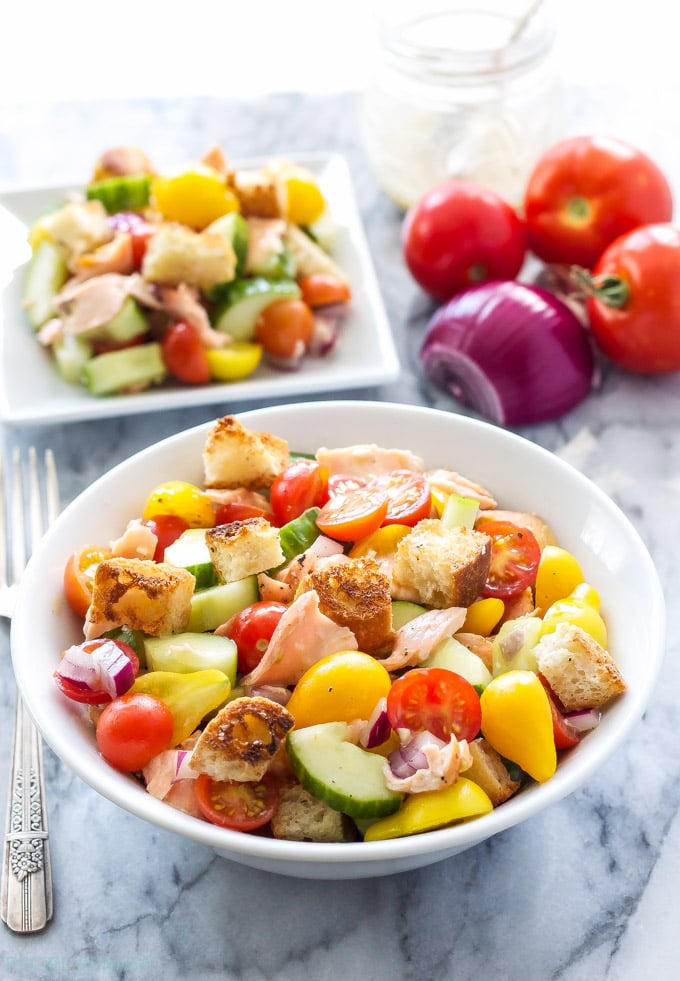 To make this panzanella salad more of a main dish rather than a side dish I added a fillet of grilled salmon. The salmon added a nice rich meaty flavor to the fresh vegetables and crusty bread. The dressing for the salad is a simple dijon vinaigrette that didn’t overpower any of the flavors of the fish or vegetables. One note I will make is that the cubes of bread are best added in right before serving to prevent them from getting soggy. If you’re looking for a way to spice up your salad routine then give this fresh and filling Salmon Panzanella Salad a try!

This salad is best eaten the day it is made as the bread cubes will become soft the longer they sit in the salad. 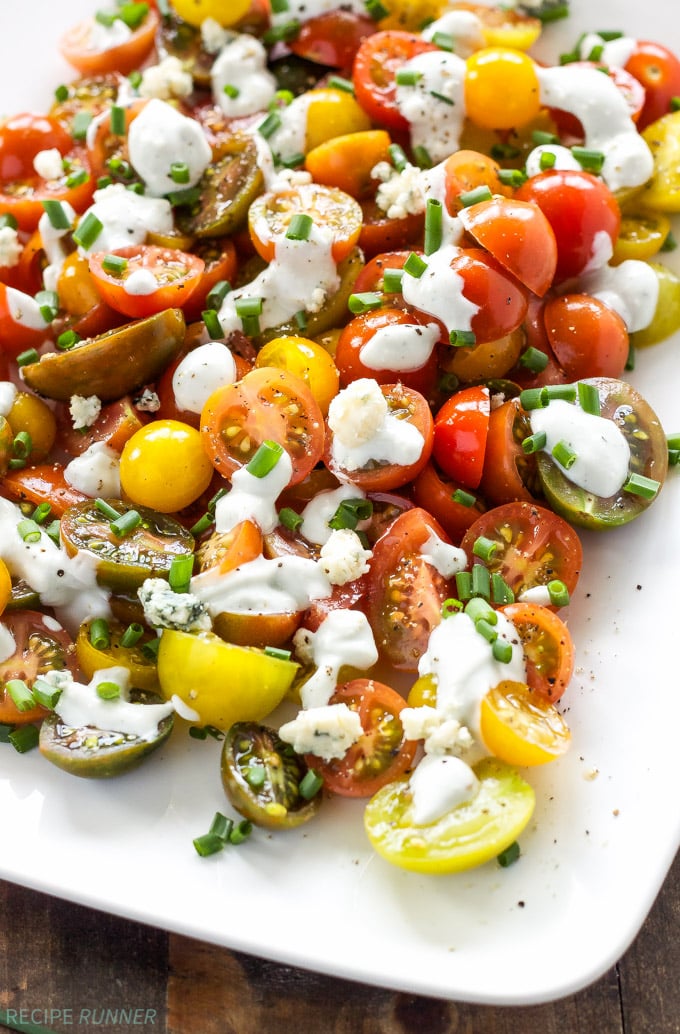 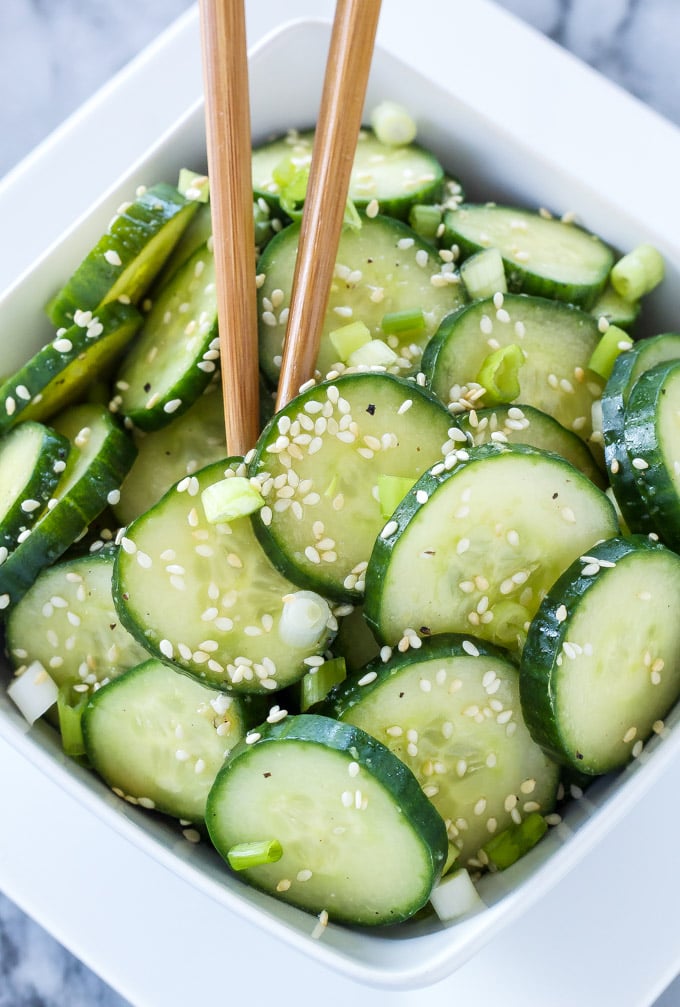 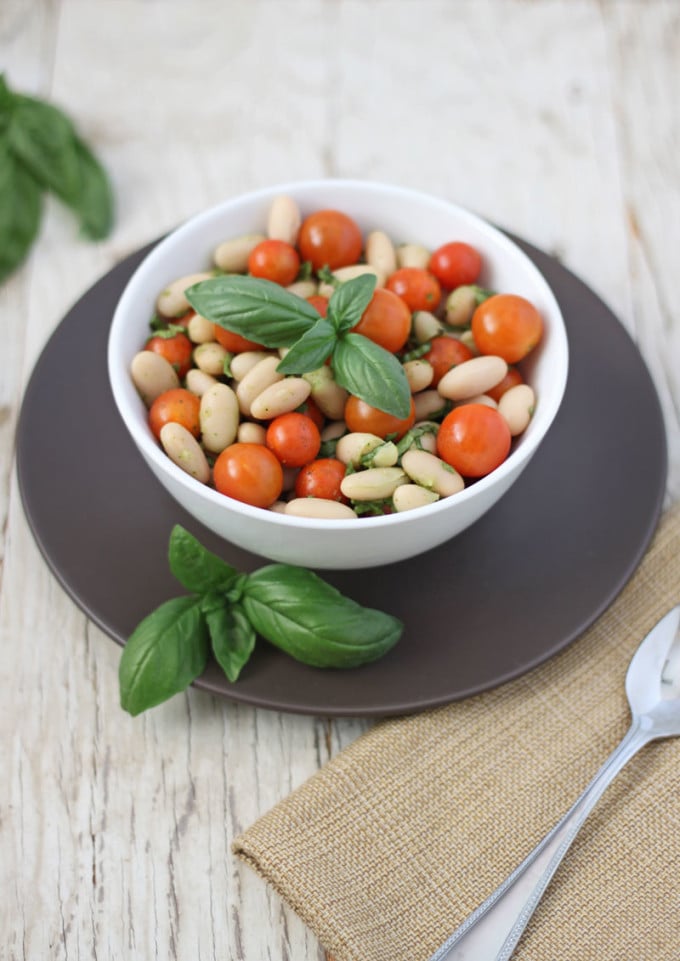 This website uses cookies to improve your experience while you navigate through the website. Out of these, the cookies that are categorized as necessary are stored on your browser as they are essential for the working of basic functionalities of the website. We also use third-party cookies that help us analyze and understand how you use this website. These cookies will be stored in your browser only with your consent. You also have the option to opt-out of these cookies. But opting out of some of these cookies may affect your browsing experience.
Necessary Always Enabled
Necessary cookies are absolutely essential for the website to function properly. These cookies ensure basic functionalities and security features of the website, anonymously.
Functional
Functional cookies help to perform certain functionalities like sharing the content of the website on social media platforms, collect feedbacks, and other third-party features.
Performance
Performance cookies are used to understand and analyze the key performance indexes of the website which helps in delivering a better user experience for the visitors.
Analytics
Analytical cookies are used to understand how visitors interact with the website. These cookies help provide information on metrics the number of visitors, bounce rate, traffic source, etc.
Advertisement
Advertisement cookies are used to provide visitors with relevant ads and marketing campaigns. These cookies track visitors across websites and collect information to provide customized ads.
Others
Other uncategorized cookies are those that are being analyzed and have not been classified into a category as yet.
SAVE & ACCEPT
Skip to Recipe
375 shares