Apple Cinnamon Quinoa Breakfast Bowls are the coziest way to start your morning this fall and winter. A great alternative to your usual bowl of oatmeal! 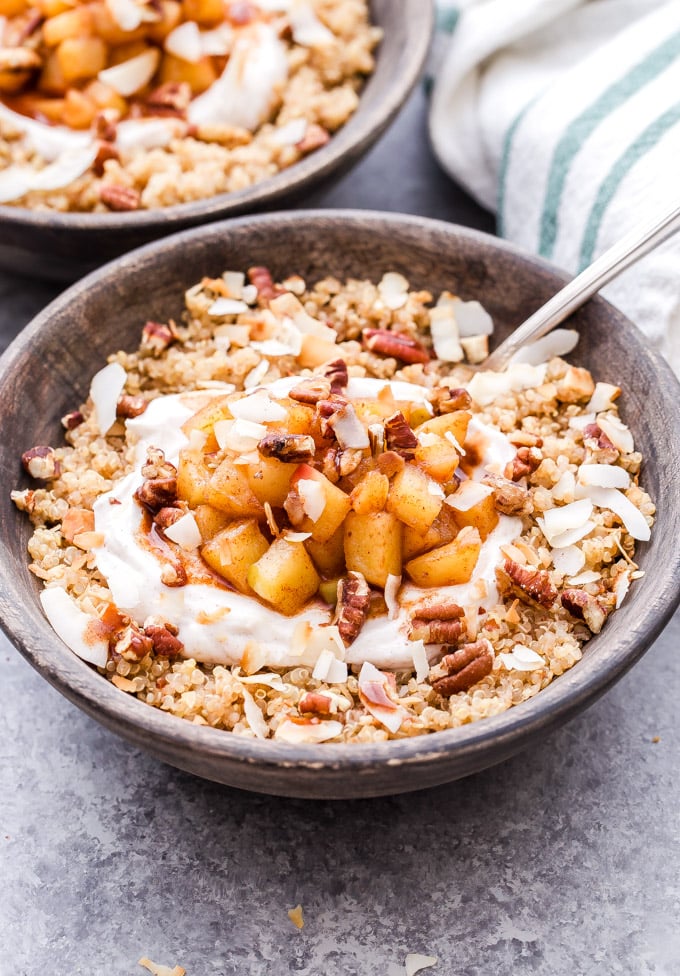 The great debate. Apple or pumpkin for fall? I actually like both, but tend to gravitate more towards apple, which is why I’m sharing these Apple Cinnamon Quinoa Breakfast Bowls before the first pumpkin recipe of the season. Don’t worry, the pumpkin is coming next week. 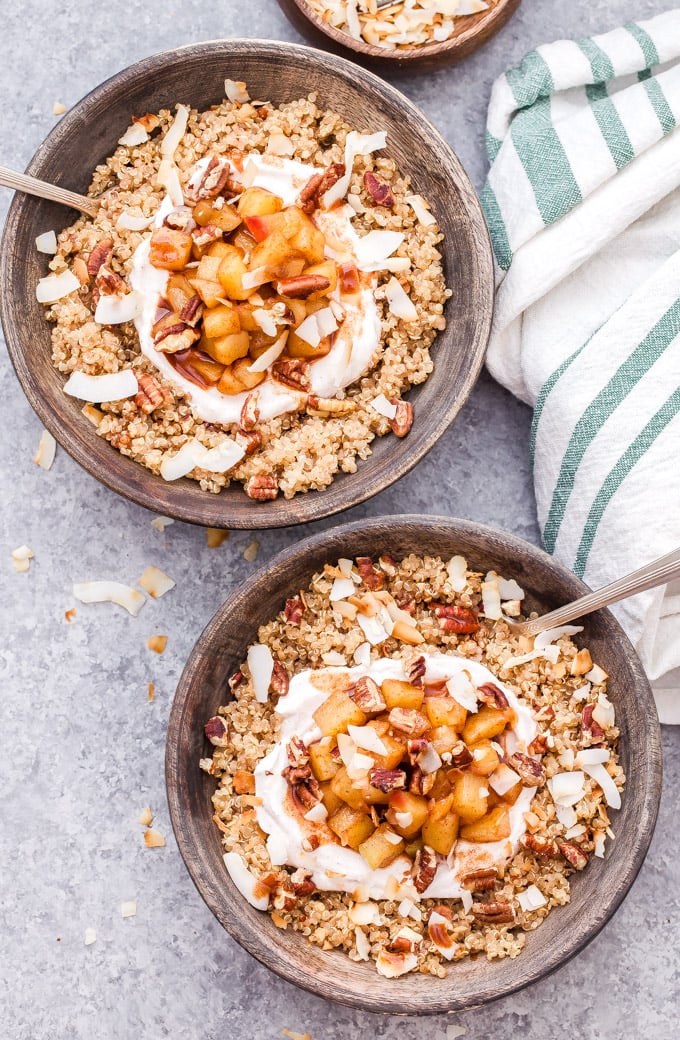 Second reason, quinoa is a great source of protein and fiber and edges out oats in both of these categories. As you probably already know, eating protein and fiber are an ideal way to start your morning. They help keep you full, regulate blood sugar levels and get that digestive system working.

The final reason I decided to give the quinoa for breakfast a try is a personal reason, but I’m sure I’m not alone in this category either. I can eat oats in a very small quantity, but I’ve found that a normal sized serving doesn’t sit too well with me. 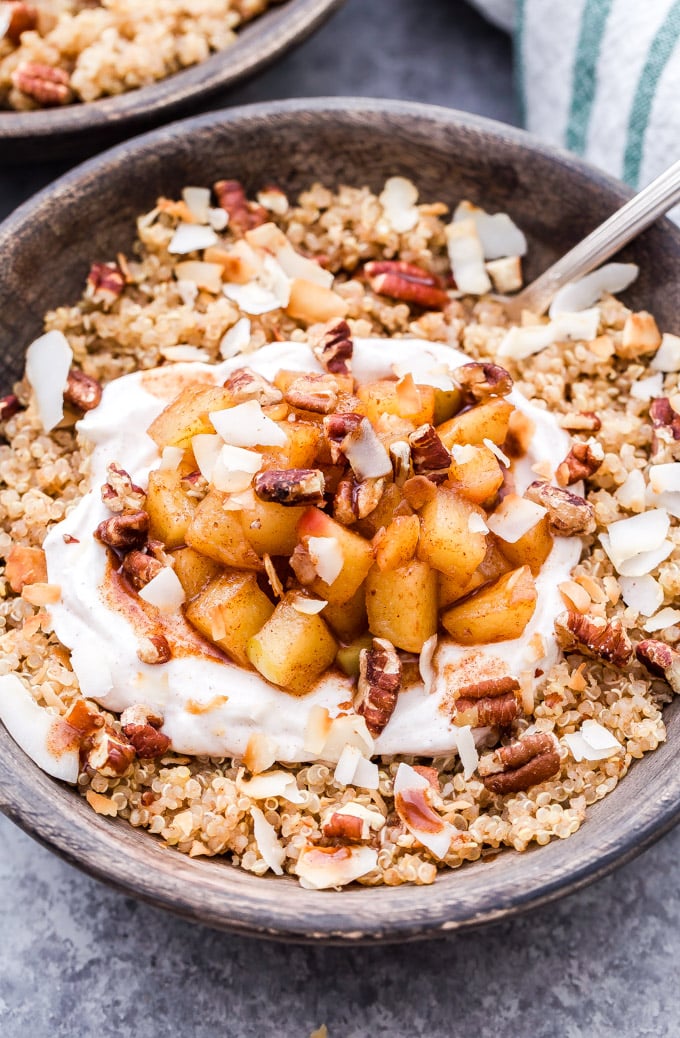 Quinoa is also a great alternative if you aren’t into the texture of oatmeal. I used to hate it when I was a kid, but soon learned it was the lack of texture I didn’t like, which is why I’m all about topping on both oatmeal and these Apple Cinnamon Quinoa Breakfast Bowls.

Making these bowls might seem like a little too much work for a busy morning, but everything can be made in advance so all you have to do is reheat it. You can even double or triple the recipe so you have enough for the entire week. 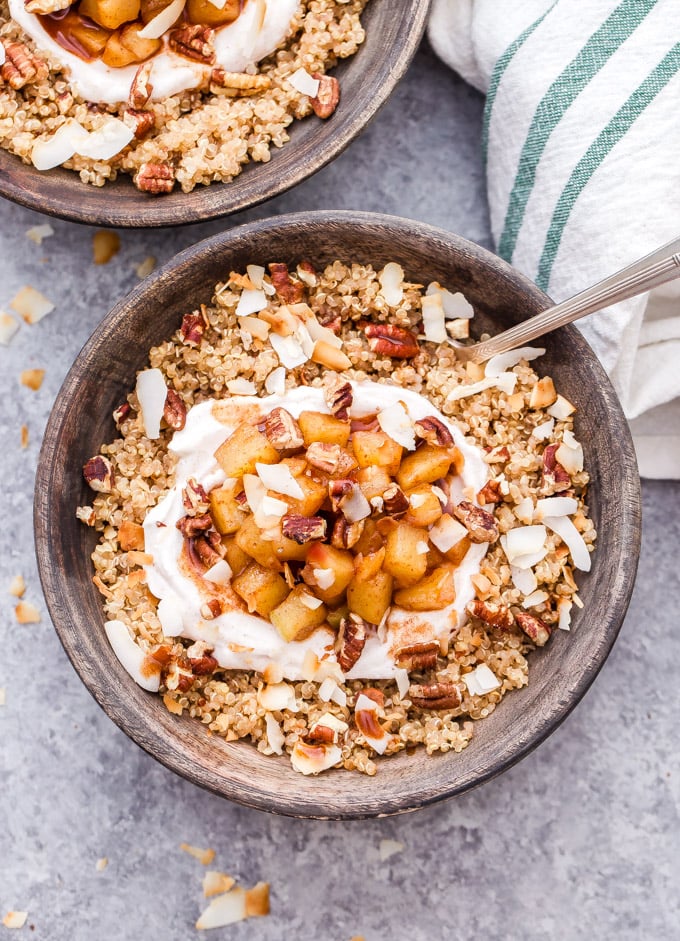 The flavor is just what you’d expect. Lots of cinnamon with hints of nutmeg and ginger. Sweet apples almost like apple pie filling. A tangy cinnamon Greek yogurt topping to balance out the sweetness and of course toasted pecans and coconut for crunch.

If you’re looking to change up your oatmeal routine, but still want those sweet, warm, carbs for breakfast, then these quinoa breakfast bowls are a great place to start. Enjoy! 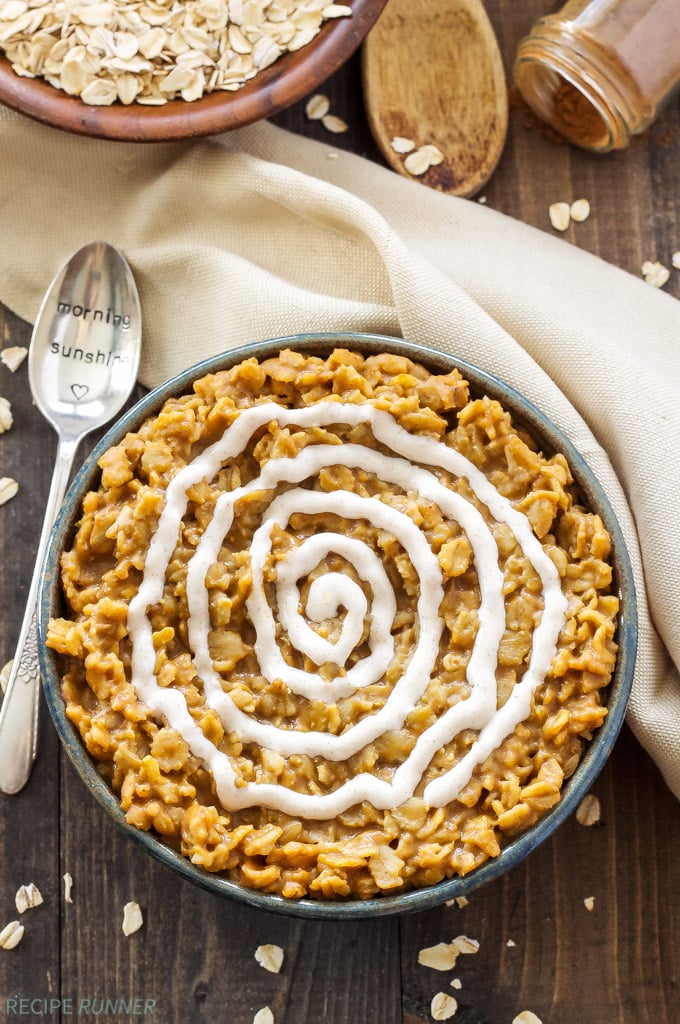 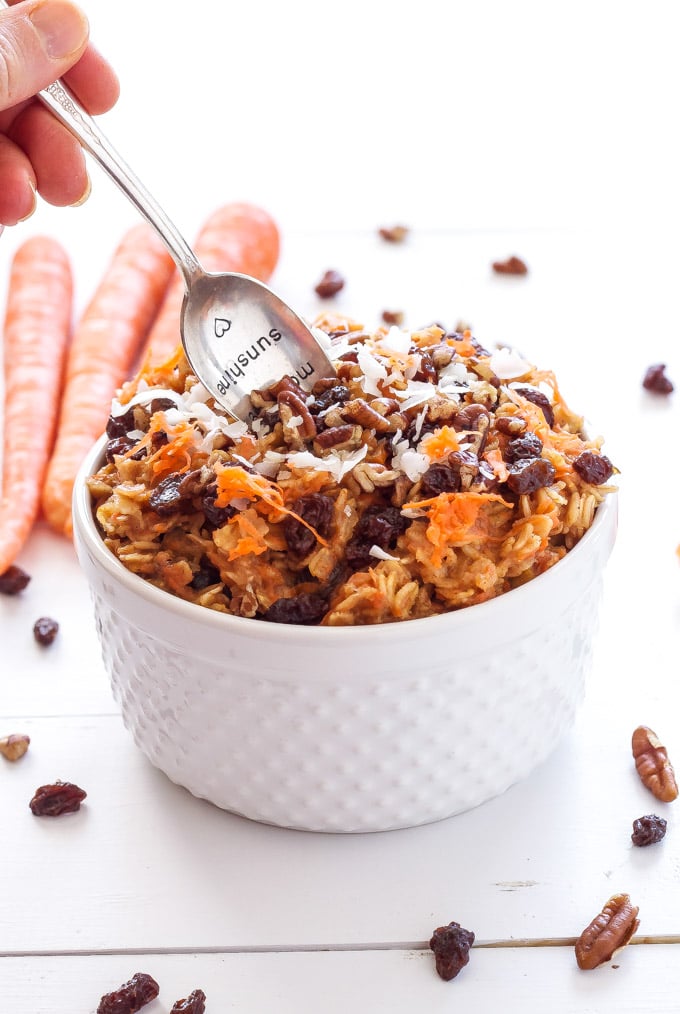 This website uses cookies to improve your experience while you navigate through the website. Out of these, the cookies that are categorized as necessary are stored on your browser as they are essential for the working of basic functionalities of the website. We also use third-party cookies that help us analyze and understand how you use this website. These cookies will be stored in your browser only with your consent. You also have the option to opt-out of these cookies. But opting out of some of these cookies may affect your browsing experience.
Necessary Always Enabled
Necessary cookies are absolutely essential for the website to function properly. These cookies ensure basic functionalities and security features of the website, anonymously.
Functional
Functional cookies help to perform certain functionalities like sharing the content of the website on social media platforms, collect feedbacks, and other third-party features.
Performance
Performance cookies are used to understand and analyze the key performance indexes of the website which helps in delivering a better user experience for the visitors.
Analytics
Analytical cookies are used to understand how visitors interact with the website. These cookies help provide information on metrics the number of visitors, bounce rate, traffic source, etc.
Advertisement
Advertisement cookies are used to provide visitors with relevant ads and marketing campaigns. These cookies track visitors across websites and collect information to provide customized ads.
Others
Other uncategorized cookies are those that are being analyzed and have not been classified into a category as yet.
SAVE & ACCEPT
Skip to Recipe
16481 shares