This healthier, whole grain snack cake is packed full of cinnamon and apple flavors! Add it to your fall baking list and cut yourself an extra large piece! 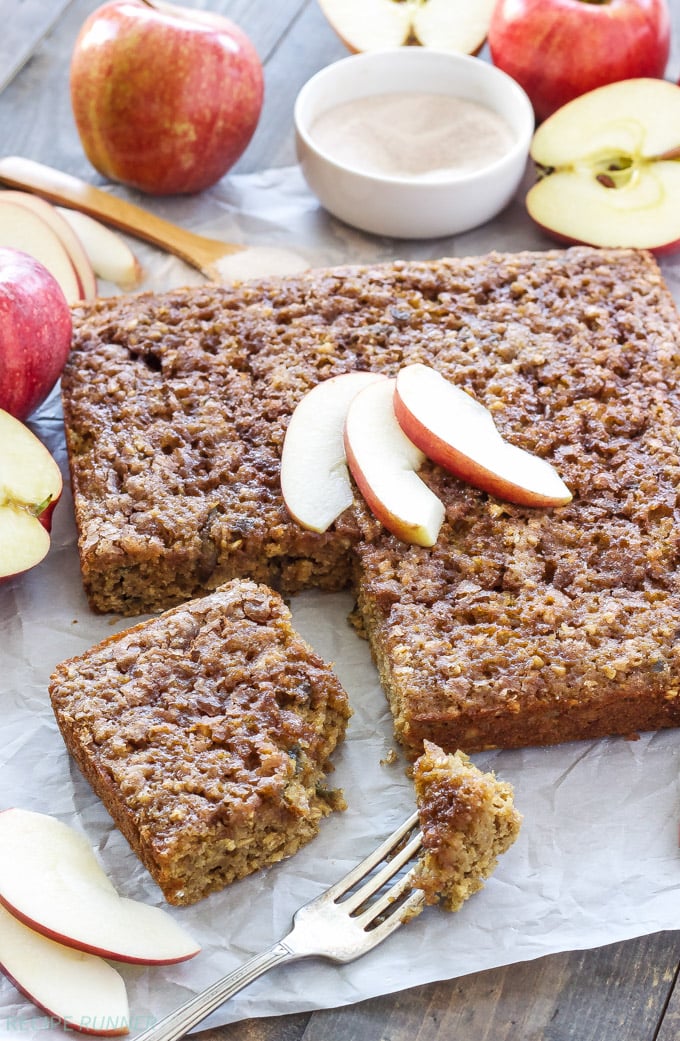 Since it’s now officially fall and because it’s also Friday (can I get a hallelujah!) I thought it was only right that I give you the recipe for this Cinnamon Apple Snack Cake! 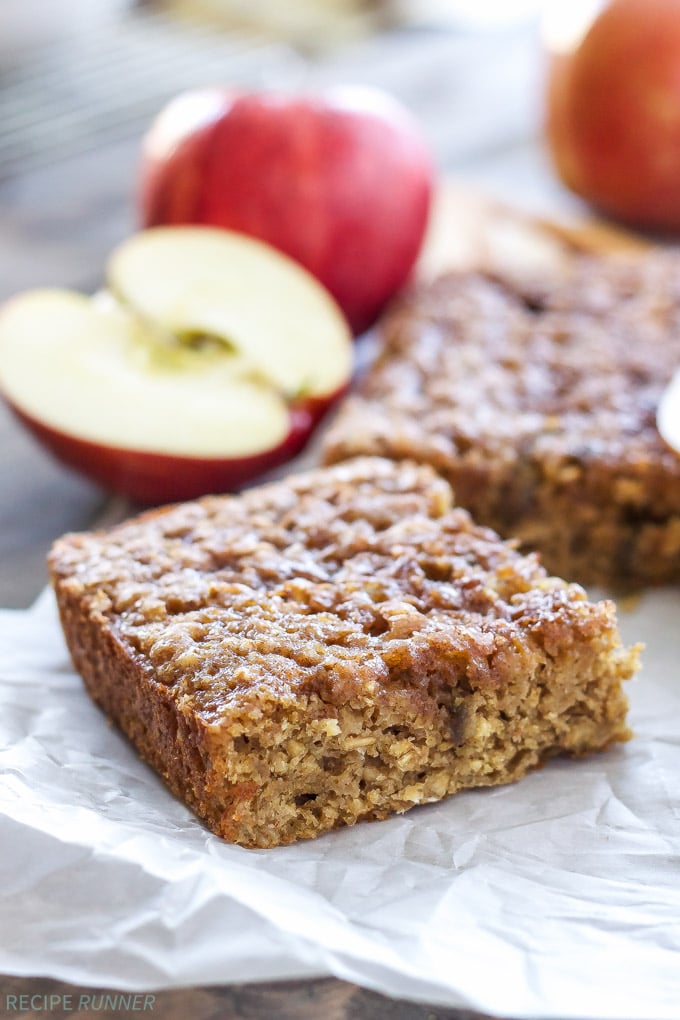 I’ve finally gotten over the fact that peach season is over and am actually really excited about all the different varieties of apples I’ve been seeing in the stores. Do you have a favorite variety of apple? Mine is a toss up between Pink Ladies and Honeycrisp. I love that tart flavor and extra crisp bite they have! One thing I think we can all agree on is that nothing is worse than biting into a soft mushy apple. I spend an awful lot of time at the store selecting my apples and making sure they feel rock hard and aren’t the least bit soft. 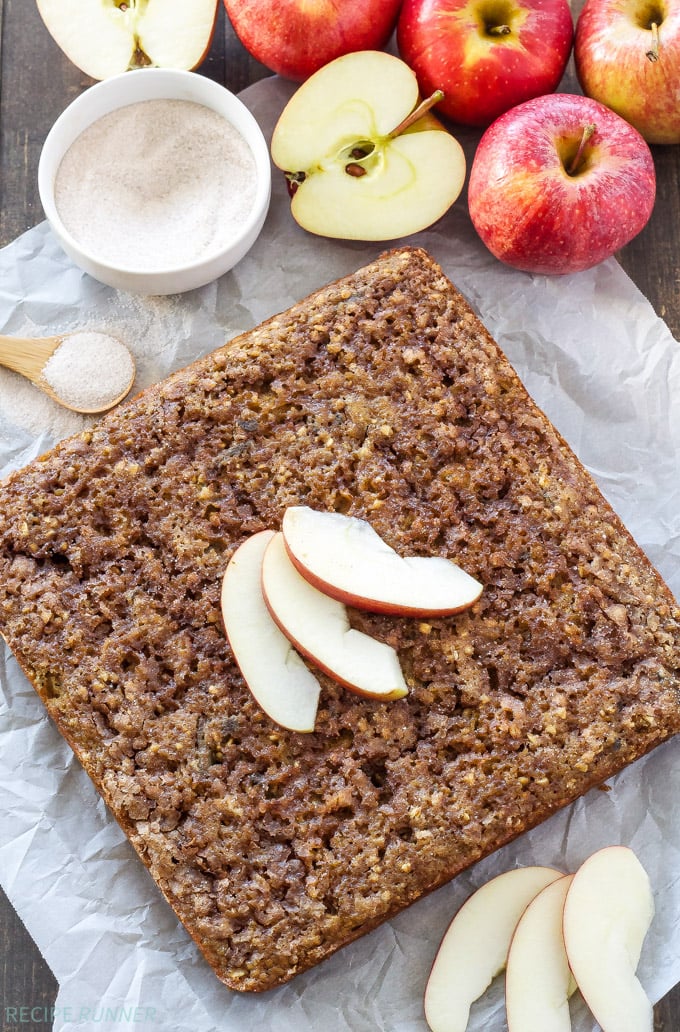 Now that we’ve established that I’m the weird lady at the store feeling all the apples and spending far too much time deciding which ones to buy, let’s move on and talk about this cinnamon apple snack cake. First of all it’s a whole grain cake and there’s only one tablespoon of butter in the entire cake, so obviously this means we can eat a really big piece or two small pieces…kidding, sort of.

Second, it’s moist. I know, I hate using that word as much as you do, but there really is no better way to describe this cake. The moisture comes from buttermilk, unsweetened applesauce, and of course one of those apples that I spent far too long picking out at the store. Finally, the topping. Cinnamon sugar is generously sprinkled on top of the cake before baking it and when it comes out you’ve got a crisp, crackly, sweet crust covering the top! 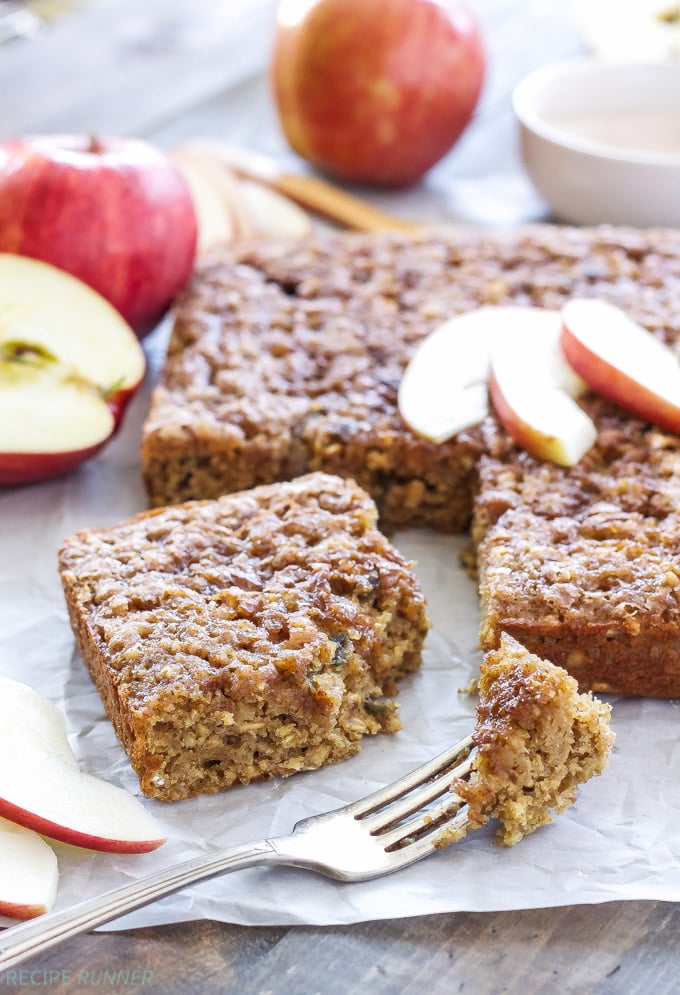 So as you can see making this cinnamon apple snack cake to welcome fall is really a no brainer. Not only is it make a great dessert (especially with a scoop of vanilla ice cream), but it could also pass as a breakfast or brunch treat assuming you’re one of those people who likes a sweet treat in the morning. And let’s be honest, who doesn’t want a piece of cake for breakfast?!

I used quick cooking steel cut oats because I liked the crunchy texture it added to the cake. If you prefer a cake without the crunch use regular old fashioned oats.

The cake freezes well when wrapped tightly with plastic wrap and stored in a freezer bag. However the topping will not be crispy, it does still taste delicious though. 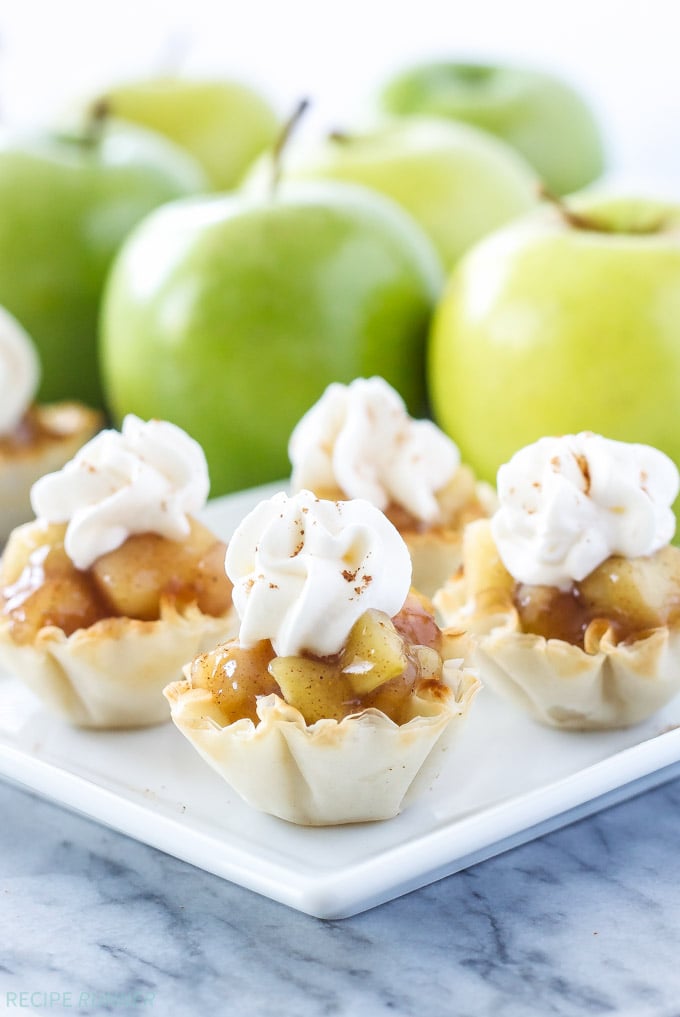 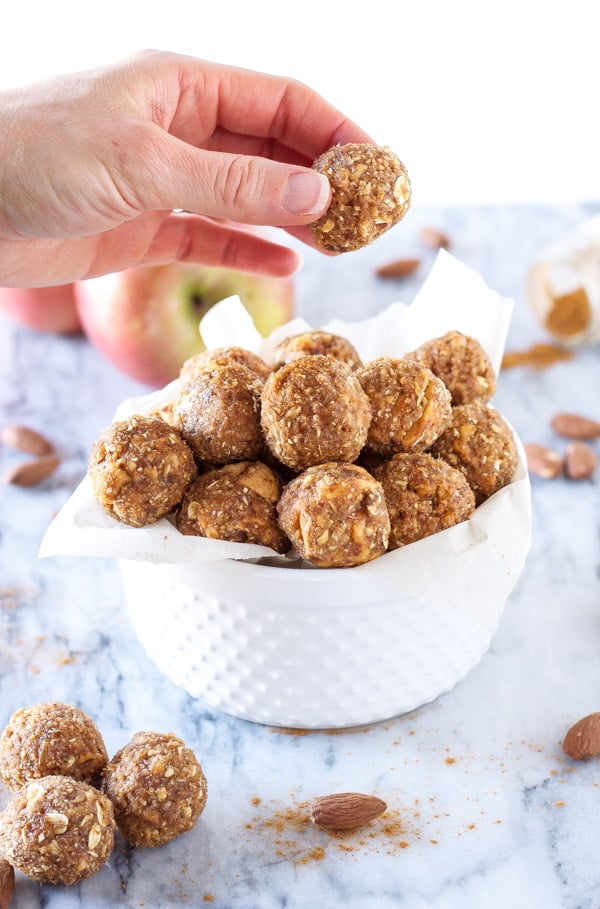 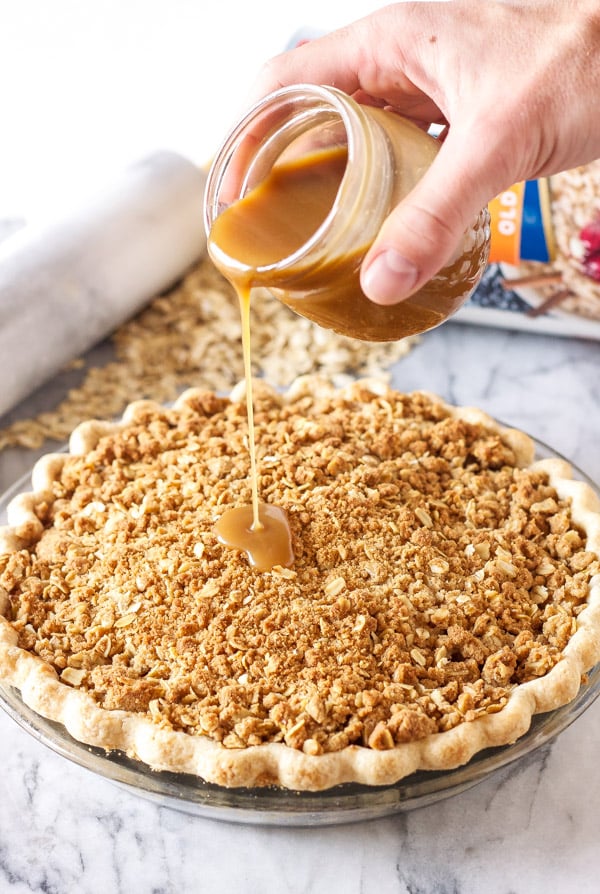 This website uses cookies to improve your experience while you navigate through the website. Out of these, the cookies that are categorized as necessary are stored on your browser as they are essential for the working of basic functionalities of the website. We also use third-party cookies that help us analyze and understand how you use this website. These cookies will be stored in your browser only with your consent. You also have the option to opt-out of these cookies. But opting out of some of these cookies may affect your browsing experience.
Necessary Always Enabled
Necessary cookies are absolutely essential for the website to function properly. These cookies ensure basic functionalities and security features of the website, anonymously.
Functional
Functional cookies help to perform certain functionalities like sharing the content of the website on social media platforms, collect feedbacks, and other third-party features.
Performance
Performance cookies are used to understand and analyze the key performance indexes of the website which helps in delivering a better user experience for the visitors.
Analytics
Analytical cookies are used to understand how visitors interact with the website. These cookies help provide information on metrics the number of visitors, bounce rate, traffic source, etc.
Advertisement
Advertisement cookies are used to provide visitors with relevant ads and marketing campaigns. These cookies track visitors across websites and collect information to provide customized ads.
Others
Other uncategorized cookies are those that are being analyzed and have not been classified into a category as yet.
SAVE & ACCEPT
Skip to Recipe
1776 shares