The last few days have really started to look and feel like fall here in Colorado. We’ve had a couple of big rainstorms that have knocked tons of the already dropping leaves off of the trees, covering the sidewalks and streets in a collage of yellow, red, and orange. Grocery stores now have displays of pumpkins, gourds, and winter squash set up. I’ve been so tempted to buy some pumpkins to put out on my front porch, but I’m trying to hold off another week so they aren’t rotten by Halloween. This cooler weather, along with the sites of fall, totally has me in the mood to get my pumpkin baking on. Last weekend I baked up a batch of these Cinnamon Sugar Pumpkin Scones. Lets just say they were gone before the weekend was over. 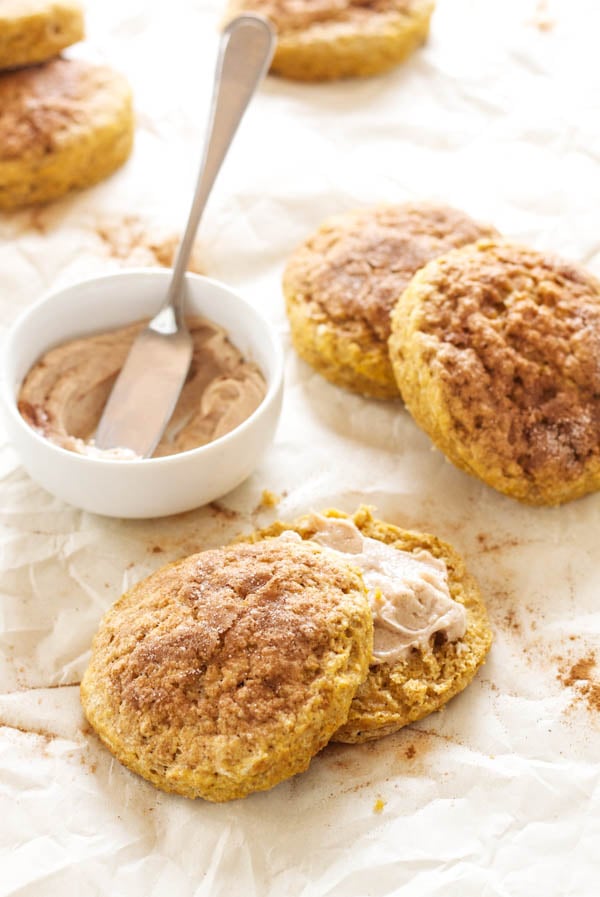 The inspiration for these scones came from Jessica’s new cookbook, Seriously Delish. Do you guys have this cookbook yet? If you don’t make sure it’s the next cookbook you buy! It is filled with so many amazing recipes all of which leave my mouth watering! For these Cinnamon Sugar Pumpkin Scones I took the basic scone recipe she uses for her Strawberry Coffee Cake Scones and fallified it…yes I know fallified isn’t a word, but it is in Danae’s world! Aside from the delicious pumpkin and cinnamon flavor that these scones were full of, I was amazed at how moist they turned out. These scones are nothing like those dried out rocks you find in the grocery store that leave you choking and reaching for your coffee. Nope, these little lovelies are tender, moist, and flakey just the way scones should be! 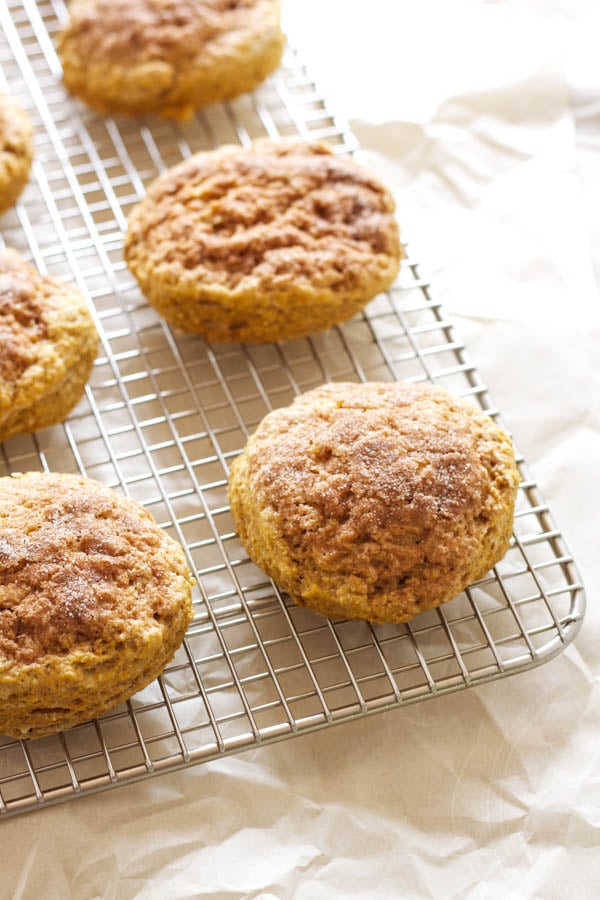 The scones are made with a blend of whole wheat pastry flour, all purpose flour, and a little almond flour for texture and nuttiness. They are surprisingly light, using only 2 tablespoons of butter. The rest of the moisture comes from the Greek yogurt, pumpkin puree, and a little bit of milk. The scones are of course flavored with a delicious combination of pumpkin pie spices and they make the whole house smell incredible when they are baking. To finish the pumpkin scones off before baking, I sprinkled them with cinnamon sugar, giving them a nice crisp topping. Once they came out of the oven I let them cool just long enough so that I didn’t burn all my tastebuds off. Holy pumpkin goodness they were delicious! 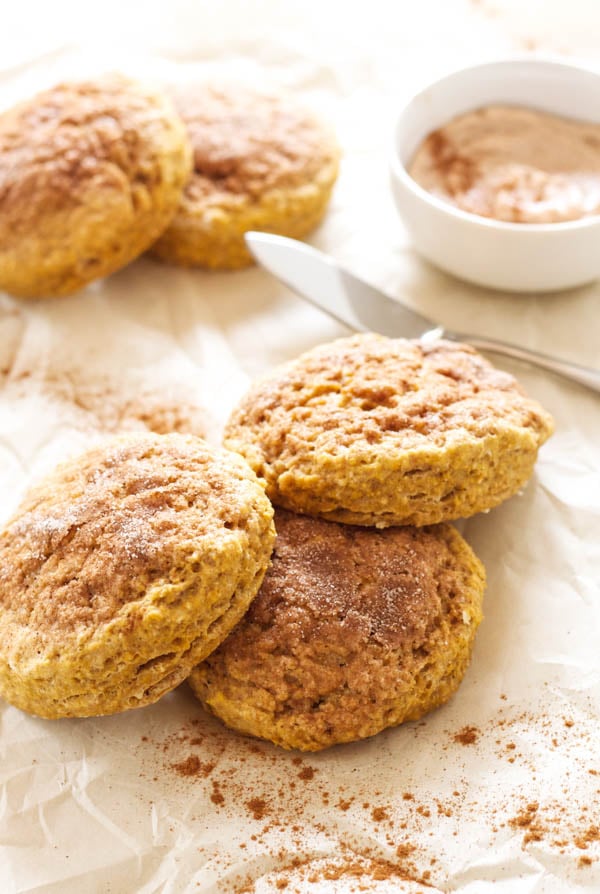 These scones are only mildly sweet as most scones are, so don’t bite into them thinking it’s a cinnamon roll. Now if we were in England the proper way to eat these scones would be with clotted cream and some jam, but we’re in Colorado and I don’t have time to clot my cream, so instead I used the remaining cinnamon sugar that was left and mixed it with some room temperature butter. Wa-lah! Cinnamon sugar butter to spread over your Cinnamon Sugar Pumpkin Scones, you’re welcome! Since it’s October, it’s perfectly acceptable for you to start baking everything pumpkin. So get to the store and grab a can of pumpkin puree then make these fallified Cinnamon Sugar Pumpkin Scones! 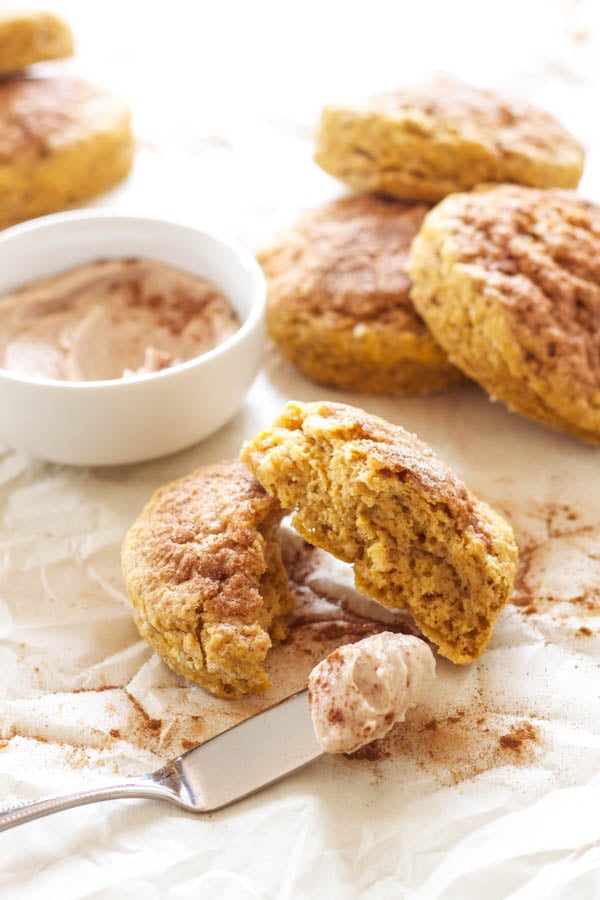 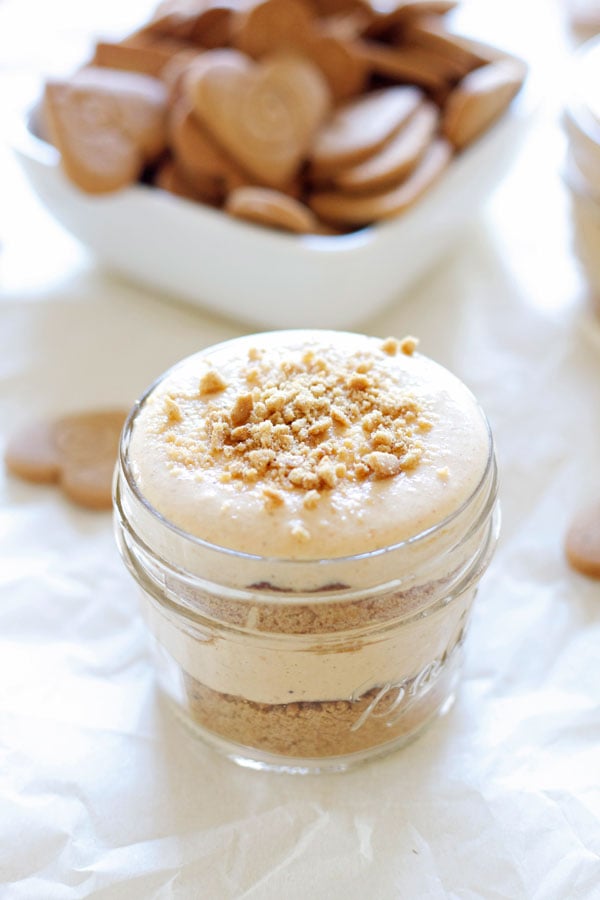 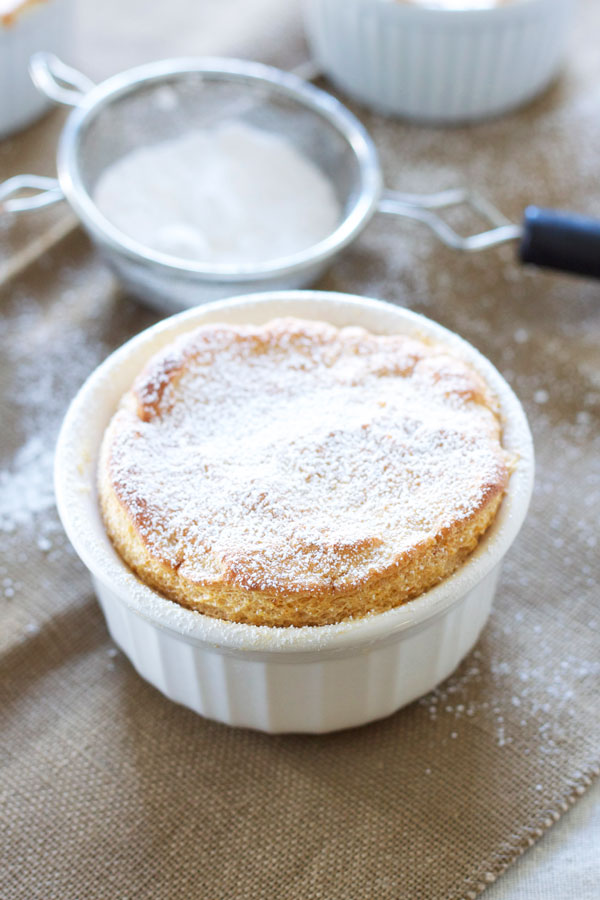 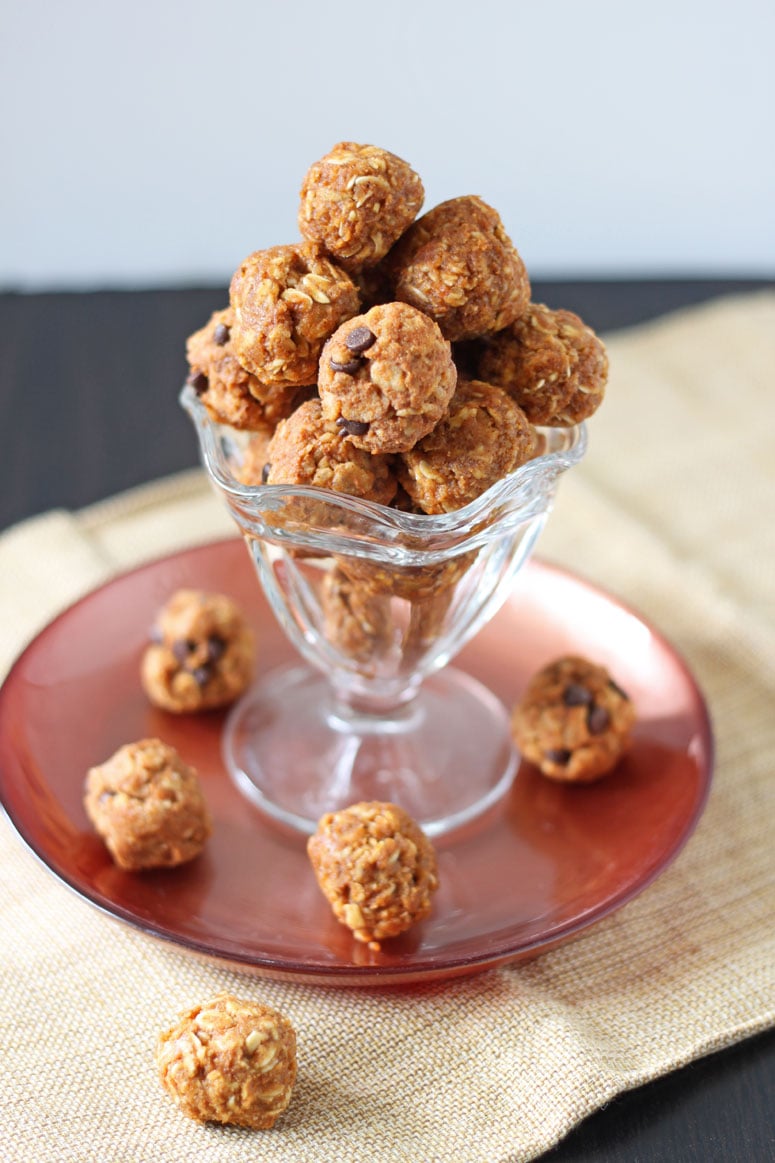 For the Cinnamon Sugar Topping

This website uses cookies to improve your experience while you navigate through the website. Out of these, the cookies that are categorized as necessary are stored on your browser as they are essential for the working of basic functionalities of the website. We also use third-party cookies that help us analyze and understand how you use this website. These cookies will be stored in your browser only with your consent. You also have the option to opt-out of these cookies. But opting out of some of these cookies may affect your browsing experience.
Necessary Always Enabled
Necessary cookies are absolutely essential for the website to function properly. These cookies ensure basic functionalities and security features of the website, anonymously.
Functional
Functional cookies help to perform certain functionalities like sharing the content of the website on social media platforms, collect feedbacks, and other third-party features.
Performance
Performance cookies are used to understand and analyze the key performance indexes of the website which helps in delivering a better user experience for the visitors.
Analytics
Analytical cookies are used to understand how visitors interact with the website. These cookies help provide information on metrics the number of visitors, bounce rate, traffic source, etc.
Advertisement
Advertisement cookies are used to provide visitors with relevant ads and marketing campaigns. These cookies track visitors across websites and collect information to provide customized ads.
Others
Other uncategorized cookies are those that are being analyzed and have not been classified into a category as yet.
SAVE & ACCEPT
Skip to Recipe
2890 shares