This Creamy Italian Cauliflower Soup is so thick and delicious that you’ll forget you’re eating soup. A low-carb alternative to potato soup, but just as satisfying thanks to the Italian sausage, pesto and Fontina cheese piled on top! 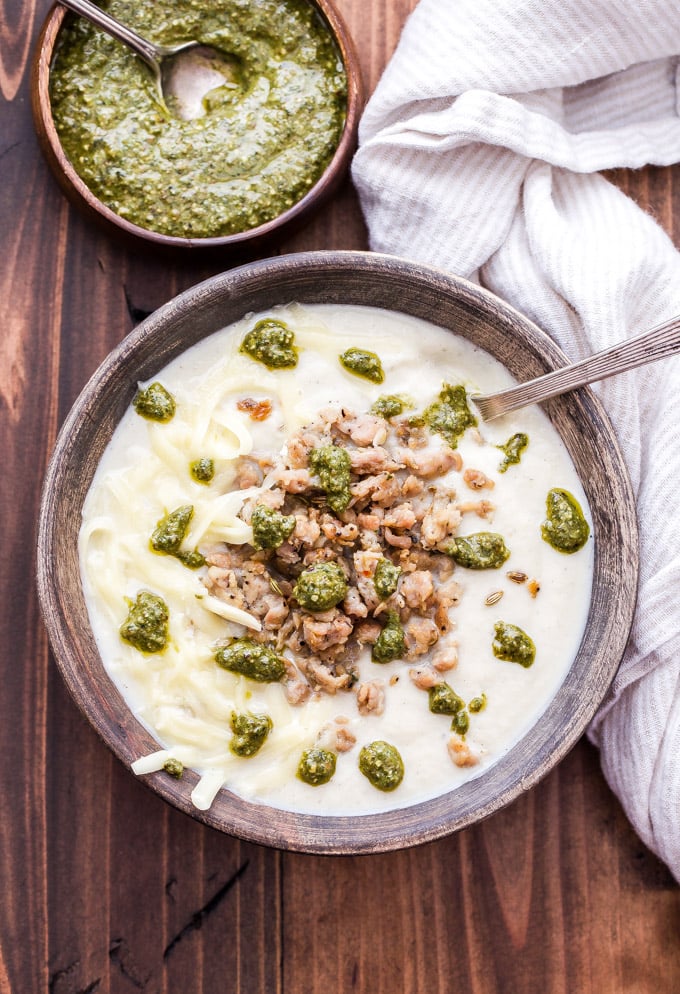 Fall has officially started and that means soup season has started back up. Although, if you’re like me, soup is always in season. For probably half the summer I would make a big batch of vegetable soup in my slow cooker on Sunday so I could have it for lunch throughout the week.

Soup can be tricky to serve as a main dish for dinner. So many of them out there don’t keep you full for very long. This Creamy Italian Cauliflower Soup is not one of those. 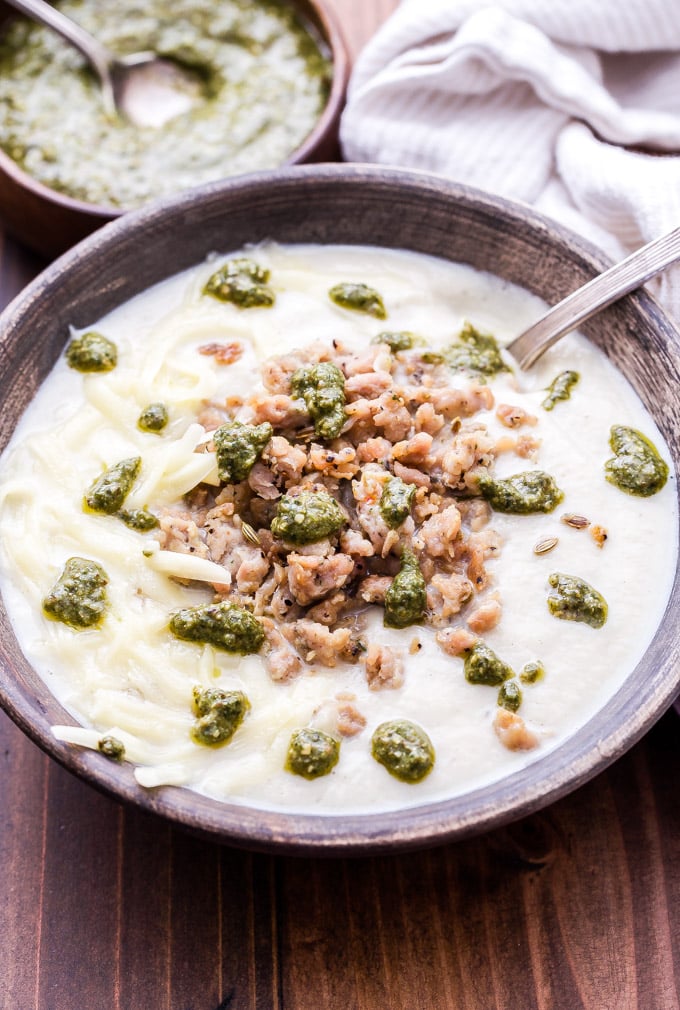 For a soup to keep me full it needs to have protein in it. Whether it’s plant based protein such as beans or meat, like the chicken sausage used in this recipe. I also find that a creamy, thick soup seems more satisfying than a broth based soup.

My husband is tricky when it comes to serving soup for dinner. What I mean by that is, he doesn’t consider soup a meal. There better be a sandwich or piece of chicken to go along with it. However, this Creamy Italian Cauliflower Soup was an exception. 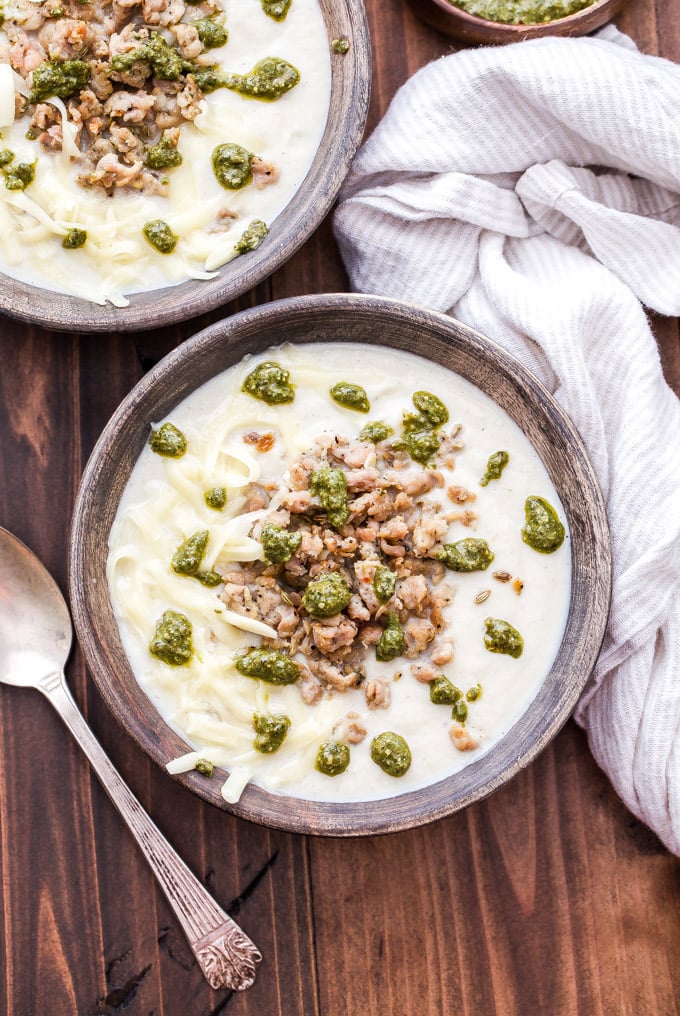 Since the soup is not only creamy and thick, but topped with crumbled Italian sausage, fontina cheese and pesto, it suddenly doesn’t look so much like soup. This was especially true with his bowl because I put A LOT of sausage and cheese on his. By the time he mixed it all in, it resembled a stew more than a soup.

I’m also pretty sure he had no idea it was cauliflower. He’s not the foodiest of guys, especially when it comes to vegetables. 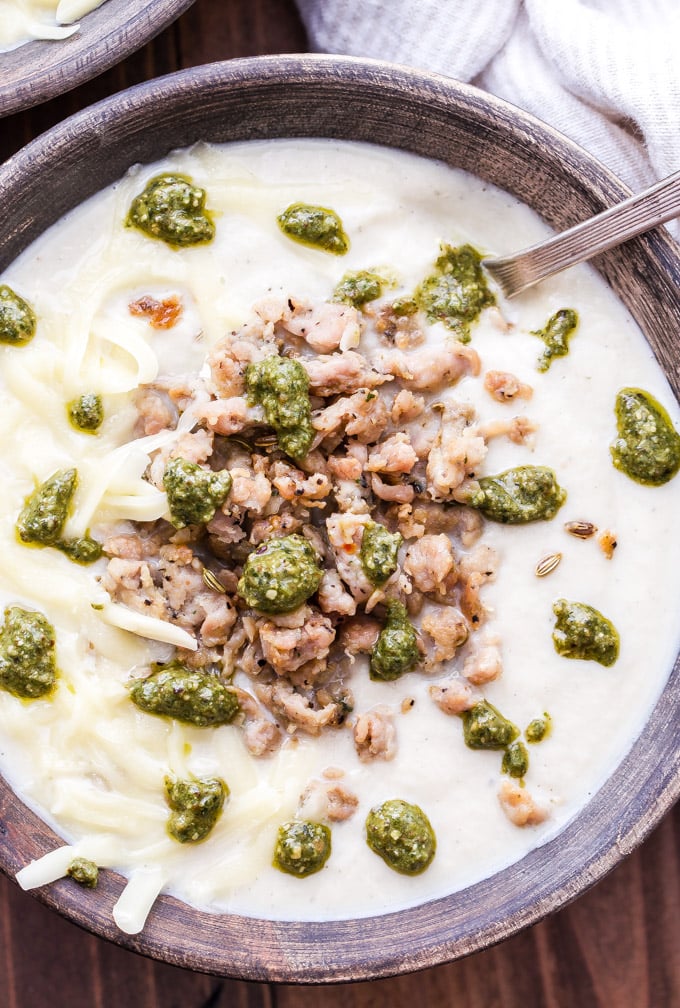 If you’re following a low-carb diet, or just love cauliflower like I do, this is a great alternative to potato soup. You’ll still get that thick creamy texture like you do with the spuds, but with a fraction of the carbs. Enjoy! 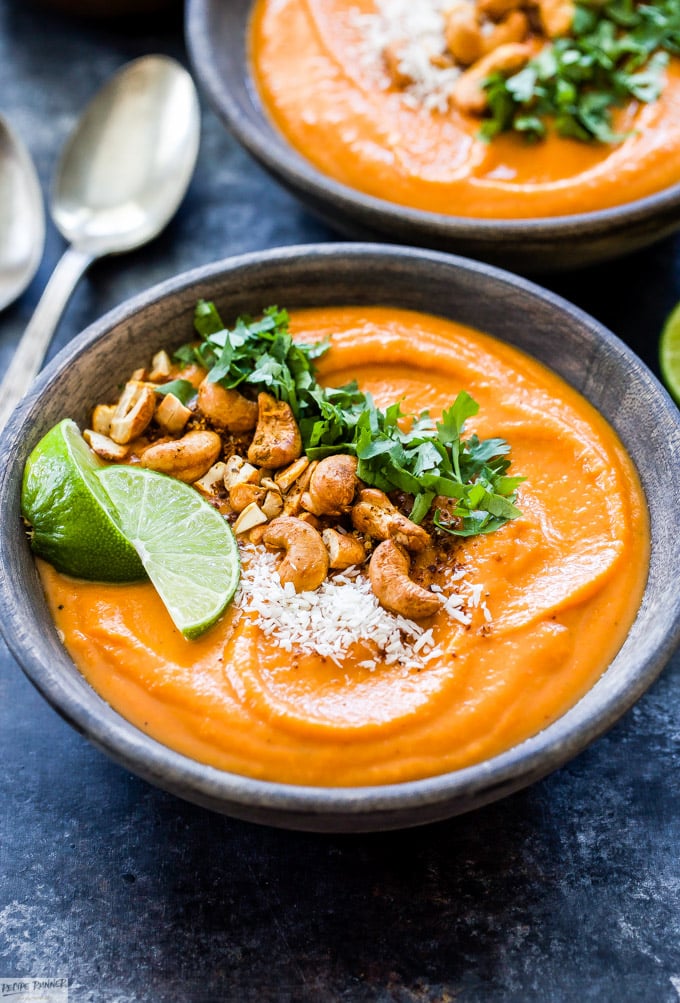 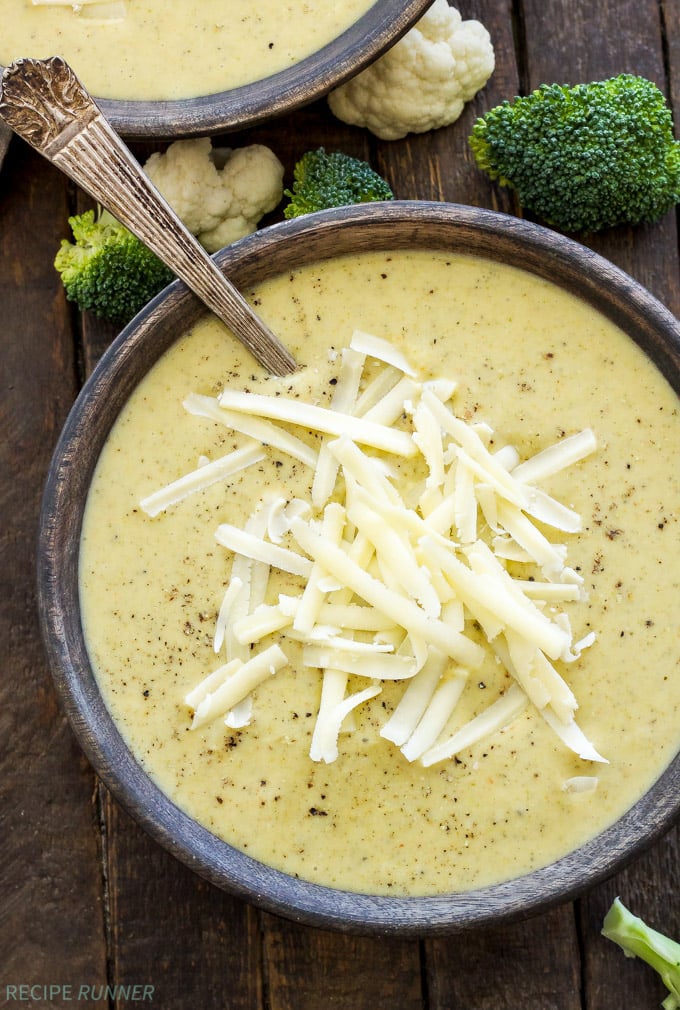 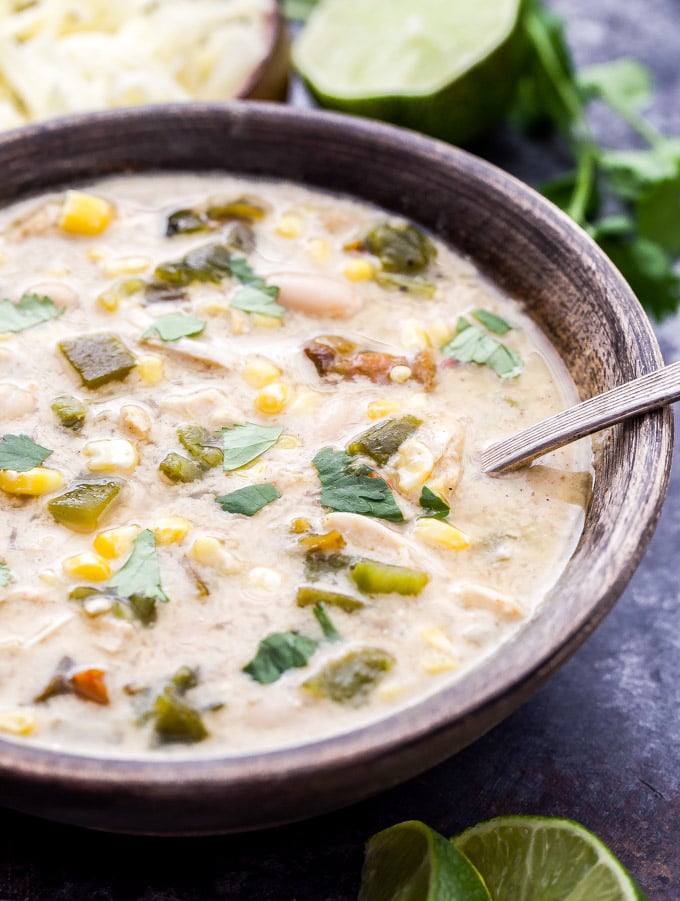 This website uses cookies to improve your experience while you navigate through the website. Out of these, the cookies that are categorized as necessary are stored on your browser as they are essential for the working of basic functionalities of the website. We also use third-party cookies that help us analyze and understand how you use this website. These cookies will be stored in your browser only with your consent. You also have the option to opt-out of these cookies. But opting out of some of these cookies may affect your browsing experience.
Necessary Always Enabled
Necessary cookies are absolutely essential for the website to function properly. These cookies ensure basic functionalities and security features of the website, anonymously.
Functional
Functional cookies help to perform certain functionalities like sharing the content of the website on social media platforms, collect feedbacks, and other third-party features.
Performance
Performance cookies are used to understand and analyze the key performance indexes of the website which helps in delivering a better user experience for the visitors.
Analytics
Analytical cookies are used to understand how visitors interact with the website. These cookies help provide information on metrics the number of visitors, bounce rate, traffic source, etc.
Advertisement
Advertisement cookies are used to provide visitors with relevant ads and marketing campaigns. These cookies track visitors across websites and collect information to provide customized ads.
Others
Other uncategorized cookies are those that are being analyzed and have not been classified into a category as yet.
SAVE & ACCEPT
Skip to Recipe
766 shares