Grilled Shrimp with Citrus Marinade is a quick and easy appetizer or light dinner. Warm grilled shrimp are tossed in a fresh citrusy marinade made of fresh orange and lime juice, cilantro, fresh ginger, honey and a jalapeño for spice. 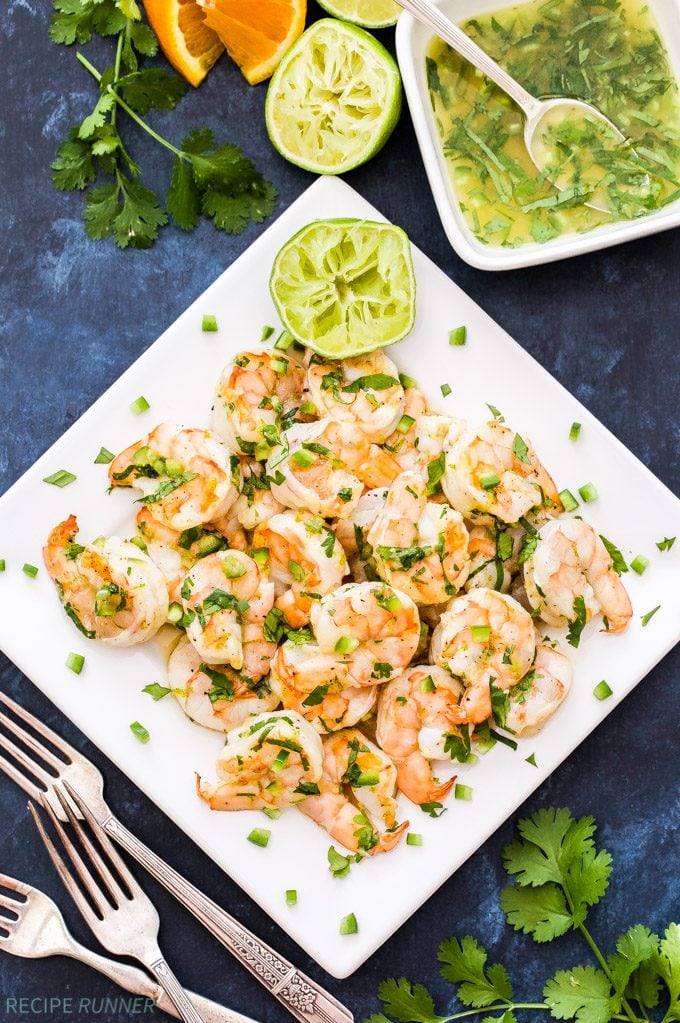 Less than a week until the 4th of July. Do you have big plans? My husband packed our four day weekend full of so much stuff I’m not sure I’ll even have time to sit down. The main thing I’m looking forward to is going for a hike. The wildflowers are blooming and this weekend should be the perfect time to see them. As far as what we’ll be doing on the 4th of July, nothing’s planned yet. It’s going to be a hot one, so I know I’ll have an ice cold cocktail in one hand and an ice cream cone in the other.

Usually I try to have at least one festive recipe for you around the holidays, but it just didn’t happen this year. I did however make these awesome Grilled Shrimp with Citrus Marinade that would make a great addition to your 4th of July spread. If it’s only going to be two of you eating, the shrimp make a great main dish…with plenty of sides of course. If you’re hosting a barbecue, they’re the perfect quick appetizer. 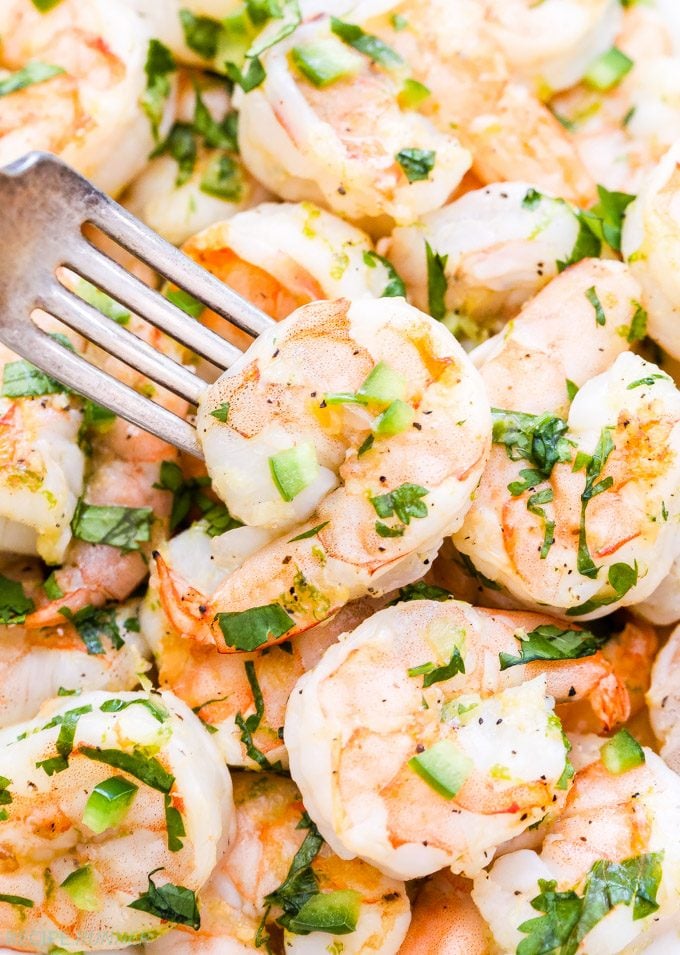 I’m pretty sure there isn’t anything, except bread/buns, that cooks as fast as shrimp does on the grill. We’re talking about one minute per side and they’re done. So many people leave them on too long and they end up rubbery. No one wants rubbery shrimp.

I think the easiest way to grill shrimp is to skewer them, otherwise you may end up with some casualties that slip between the grates. For these grilled shrimp all they need before hitting that hot grill are to be brushed with olive oil and sprinkled with salt and pepper. You won’t actually be marinating the shrimp before grilling them, but rather after they’ve already been cooked. 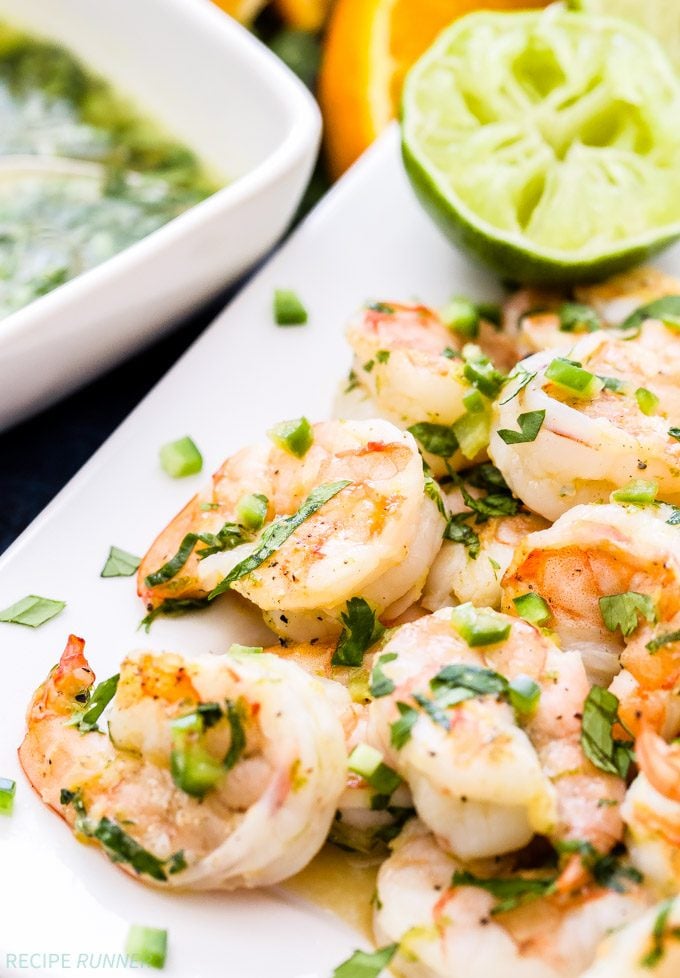 I’ve found that marinating shrimp in something acidic, like citrus, before they’re cooked really doesn’t do much for them as far as flavor. You can only let them sit in the marinade for a very short period of time before they turn into ceviche.

The solution was to grill the shrimp first then toss them in the marinade when they were hot off the grill. The citrusy flavors get sucked right into the warm shrimp and you don’t end up with a weird texture like you might if you marinated them while they were raw. 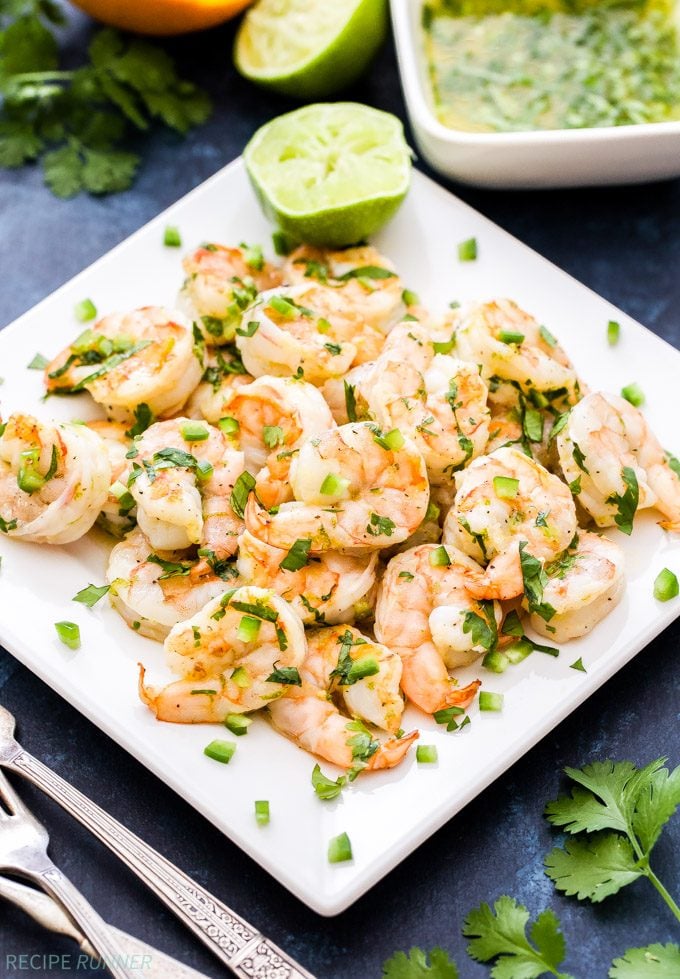 Add these easy to make grilled shrimp to your 4th of July menu and enjoy the long weekend!

More Easy Appetizers for the 4th of July 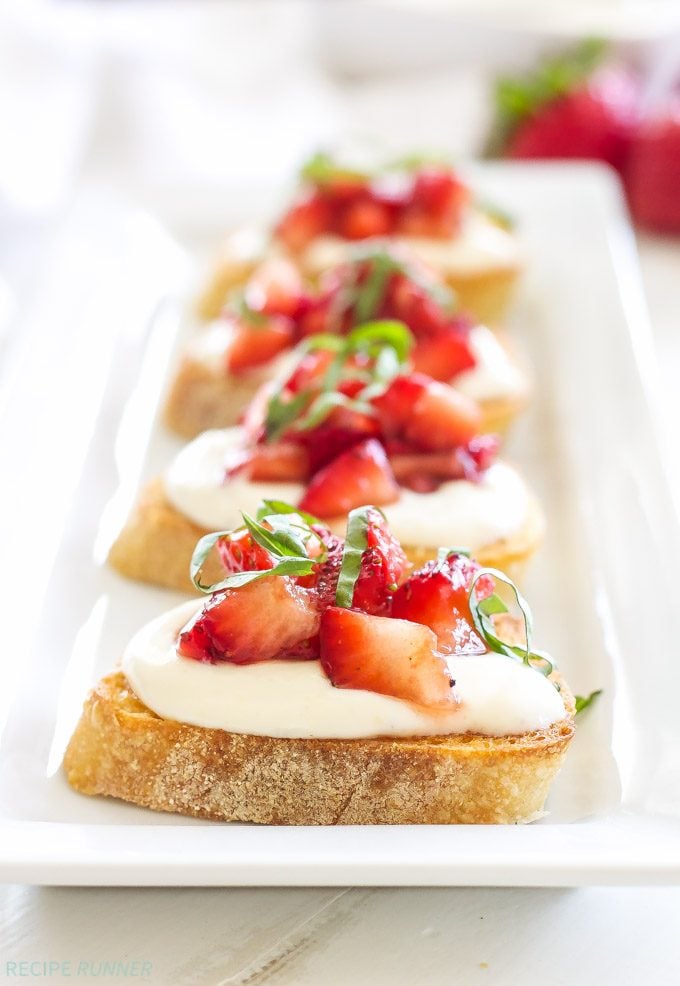 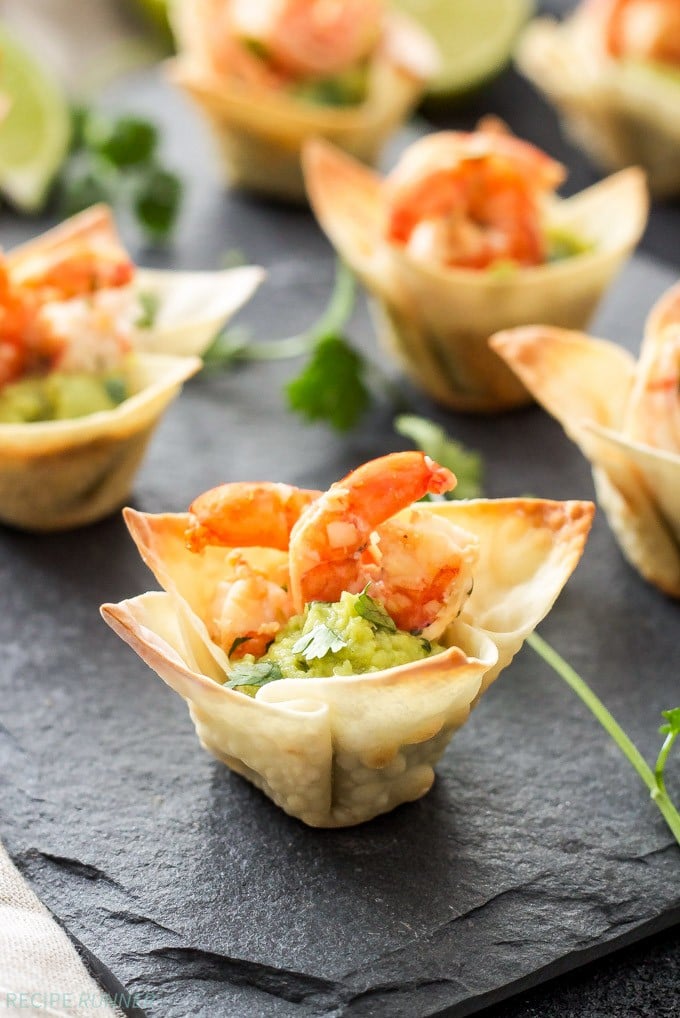 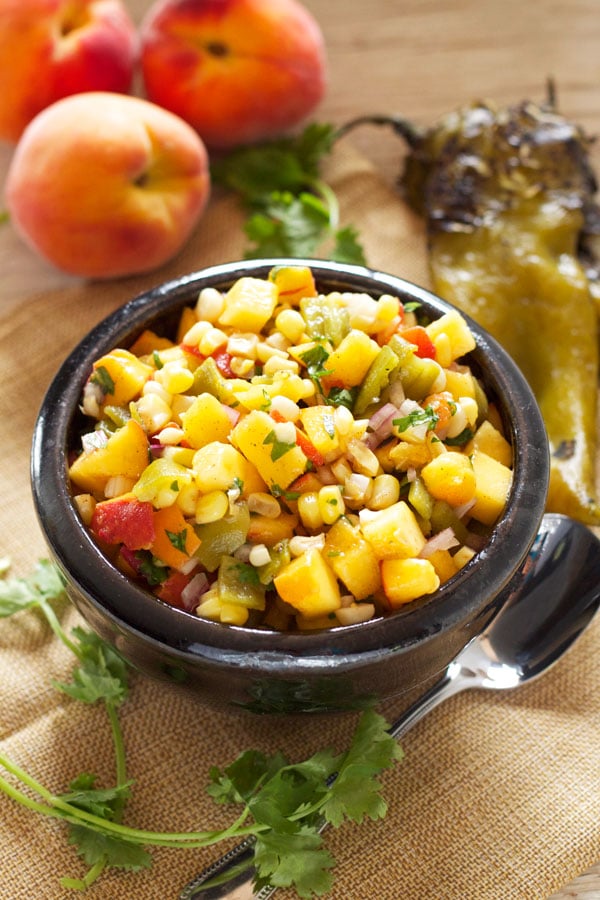 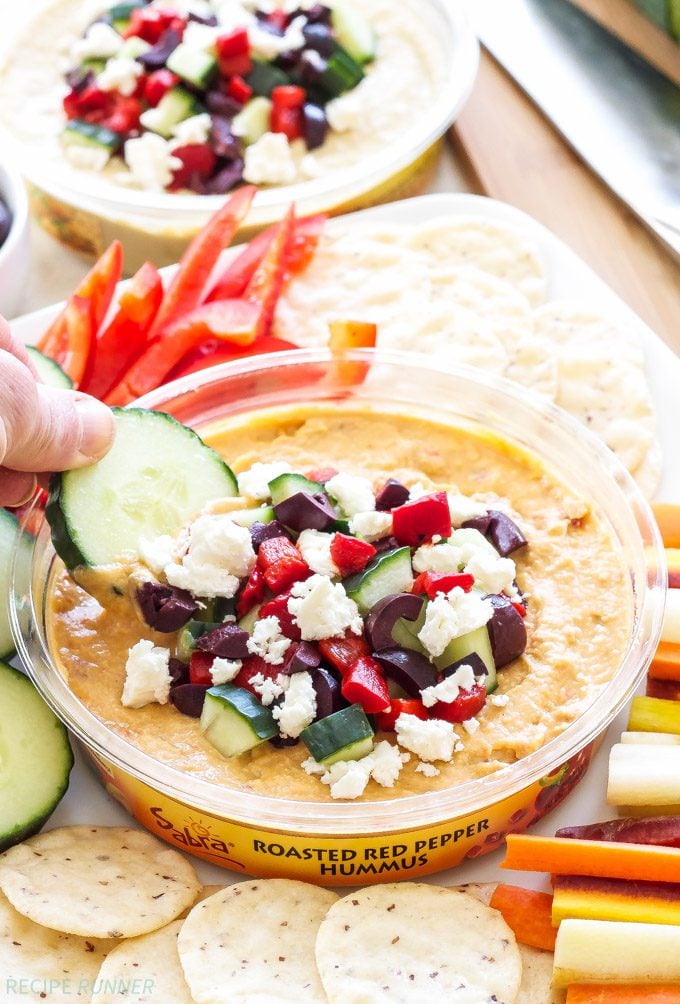 This website uses cookies to improve your experience while you navigate through the website. Out of these, the cookies that are categorized as necessary are stored on your browser as they are essential for the working of basic functionalities of the website. We also use third-party cookies that help us analyze and understand how you use this website. These cookies will be stored in your browser only with your consent. You also have the option to opt-out of these cookies. But opting out of some of these cookies may affect your browsing experience.
Necessary Always Enabled
Necessary cookies are absolutely essential for the website to function properly. These cookies ensure basic functionalities and security features of the website, anonymously.
Functional
Functional cookies help to perform certain functionalities like sharing the content of the website on social media platforms, collect feedbacks, and other third-party features.
Performance
Performance cookies are used to understand and analyze the key performance indexes of the website which helps in delivering a better user experience for the visitors.
Analytics
Analytical cookies are used to understand how visitors interact with the website. These cookies help provide information on metrics the number of visitors, bounce rate, traffic source, etc.
Advertisement
Advertisement cookies are used to provide visitors with relevant ads and marketing campaigns. These cookies track visitors across websites and collect information to provide customized ads.
Others
Other uncategorized cookies are those that are being analyzed and have not been classified into a category as yet.
SAVE & ACCEPT
Skip to Recipe
2948 shares