These Tequila Lime Shrimp Taco Bites are a must make for game day or your next party! Mini wonton cups filled with guacamole and topped with shrimp are the perfect, easy to make two-bite appetizer! 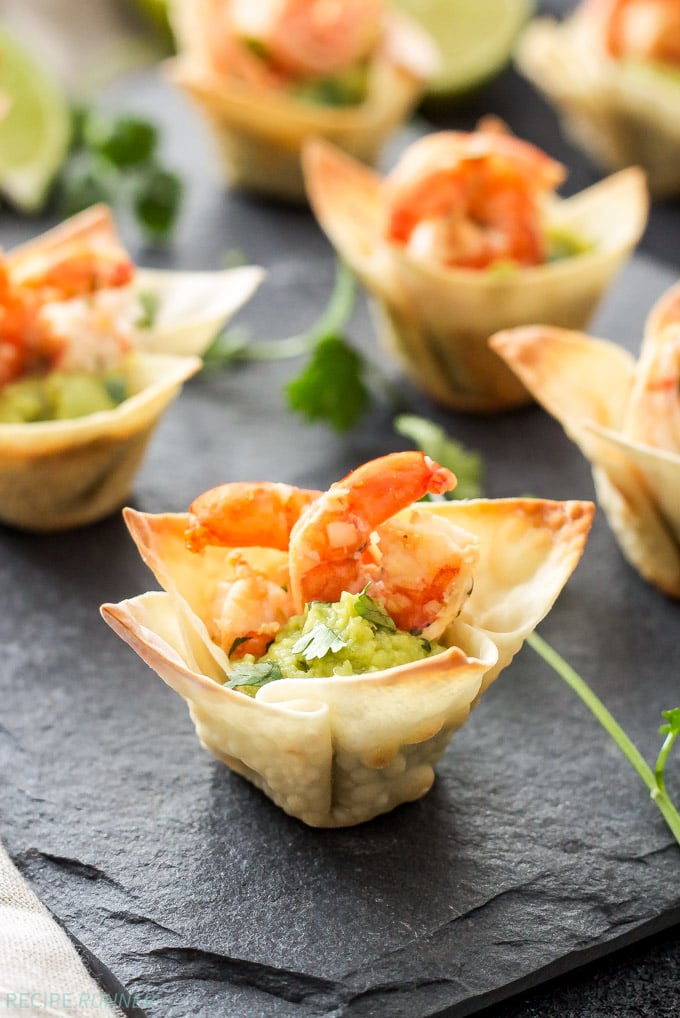 Well I thought you needed one more easy appetizer for your Super Bowl party this weekend because you can never have too many easy appetizer recipes. When it comes to making appetizers for a party I’ve learned that easy is best.

Keeping your sanity and being in a good mood when guests show up is far better than having a complicated appetizer that took half the day to make and that no one will ever know or care that it took that long to make. All anyone cares about is eating food that tastes good, having fun and in this case watching the big game. These Tequila Lime Shrimp Taco Bites are both quick and easy to make and include a couple shortcuts you can take to make them even easier. 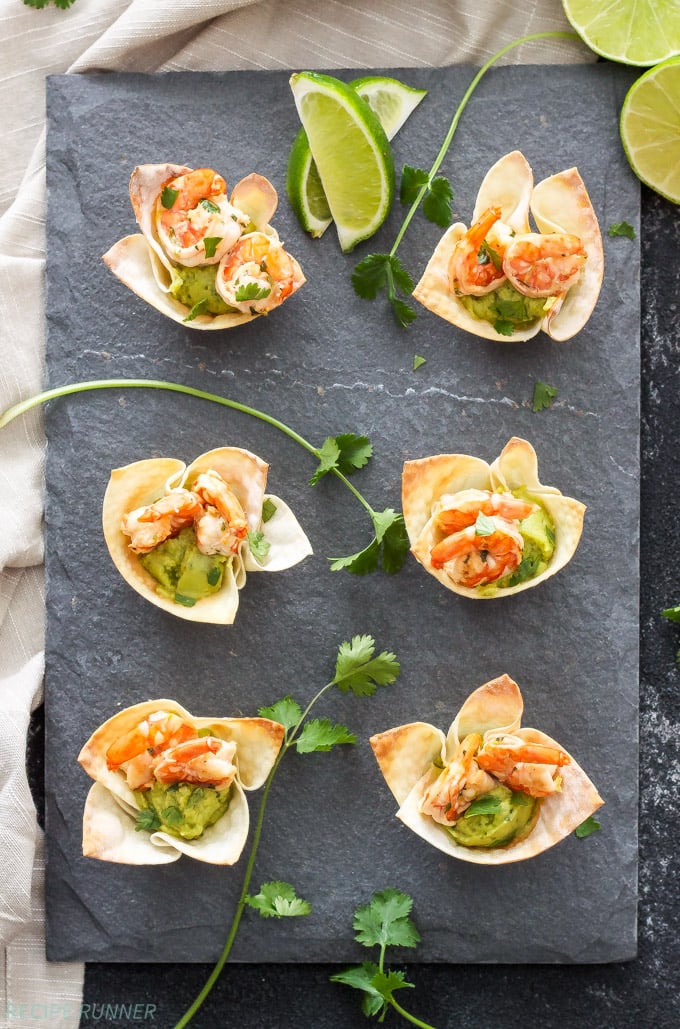 Shrimp is one of my favorite appetizers. Put me near a plate of it and it will be gone in minutes. Aside from shrimp cocktail and lemon dill shrimp my favorite ways to flavor it is in a quick tequila lime marinade. When I say quick I mean it!

You literally whisk the marinade together, toss the shrimp in it then dump it all in a screaming hot skillet. Don’t let the shrimp hang out in the marinade for more than a minute or they’ll start to cook themselves in the acid from the lime juice and you’ll end up with shrimp ceviche. 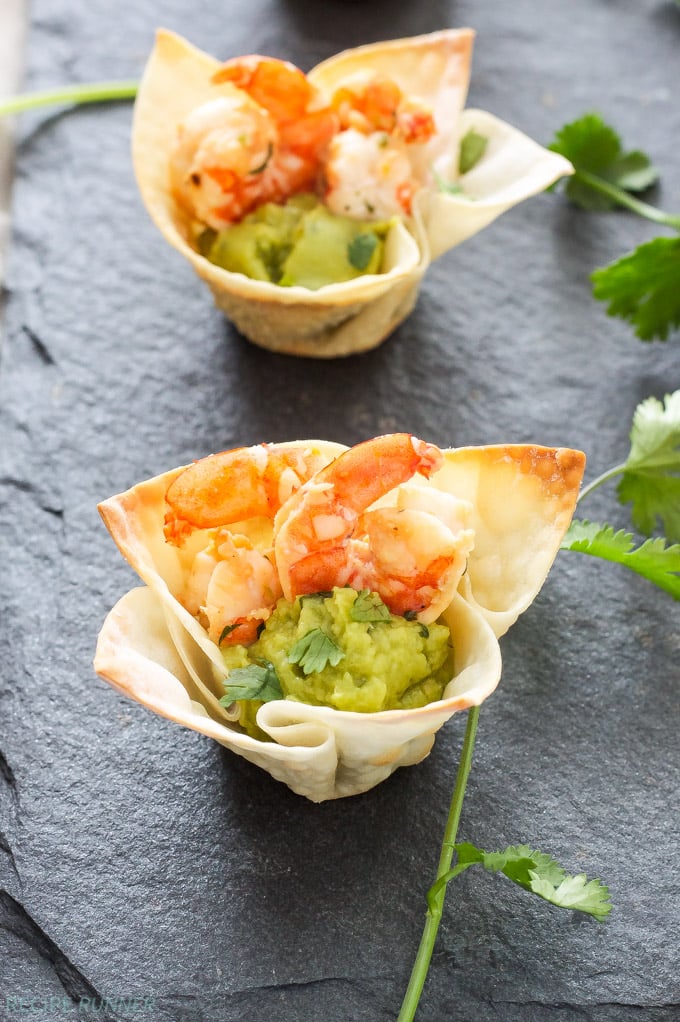 Once the shrimp are cooked which only takes about two minutes, put them on a plate to cool. Now to the shortcuts for these Tequila Lime Shrimp Taco Bites.

The first is the wonton cups that hold the shrimp and act as the taco shell. I made my cups a day in advance and stored them in an airtight container. They don’t take long to make if you are doing it the day of, but it’s always nice to have one less step the day of the party. If you’re really rushed you could also serve these in mini phyllo cups that you get in the freezer section of the store or the little scoop tortilla chips would work as well. 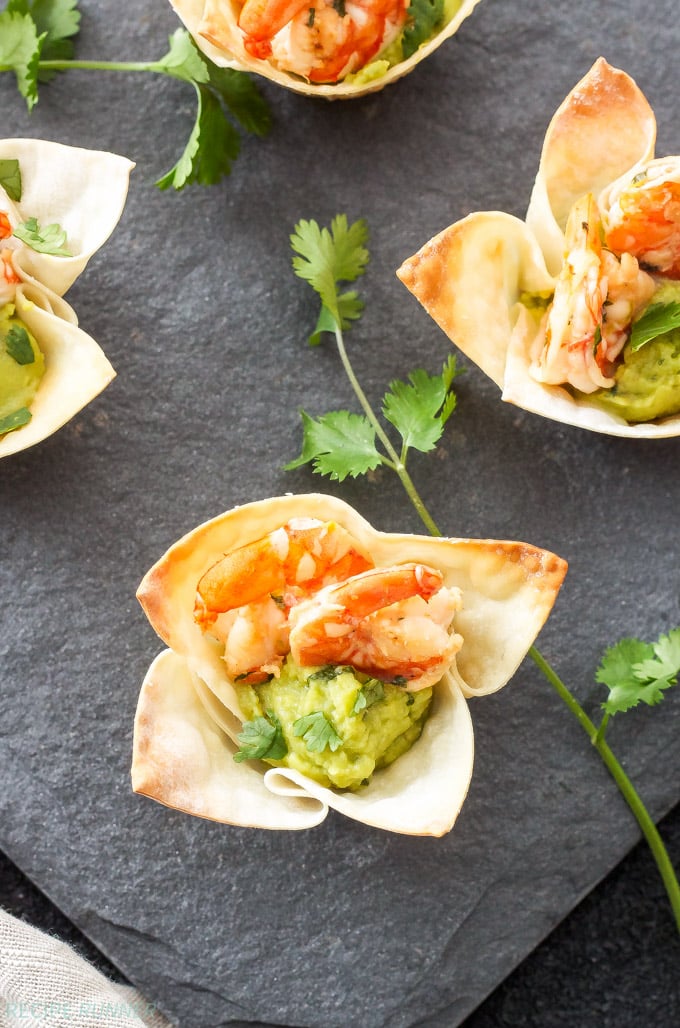 The other shortcut I took when I made these was to use store bought guacamole. It’s a big time saver, but if you’re not into that feel free to make your own. To assemble the bites, dollop a spoonful of guacamole into the wonton cup and top it with a couple of the cooked tequila lime shrimp. Garnish with chopped cilantro and that’s all there is to it! Stress free easy appetizers are definitely the way to go when you’re throwing a party! 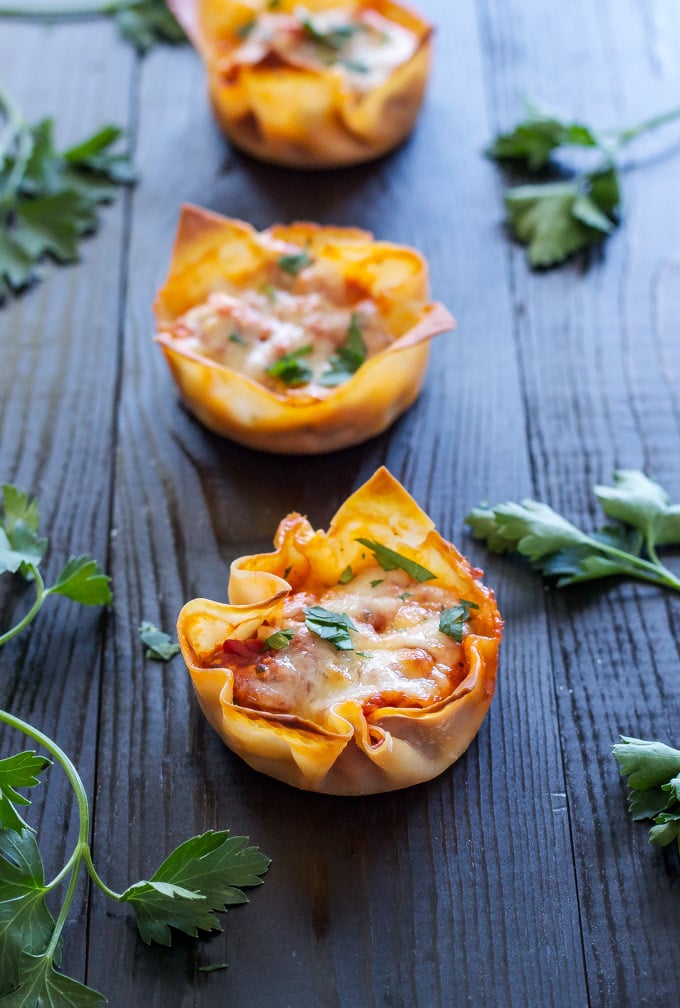 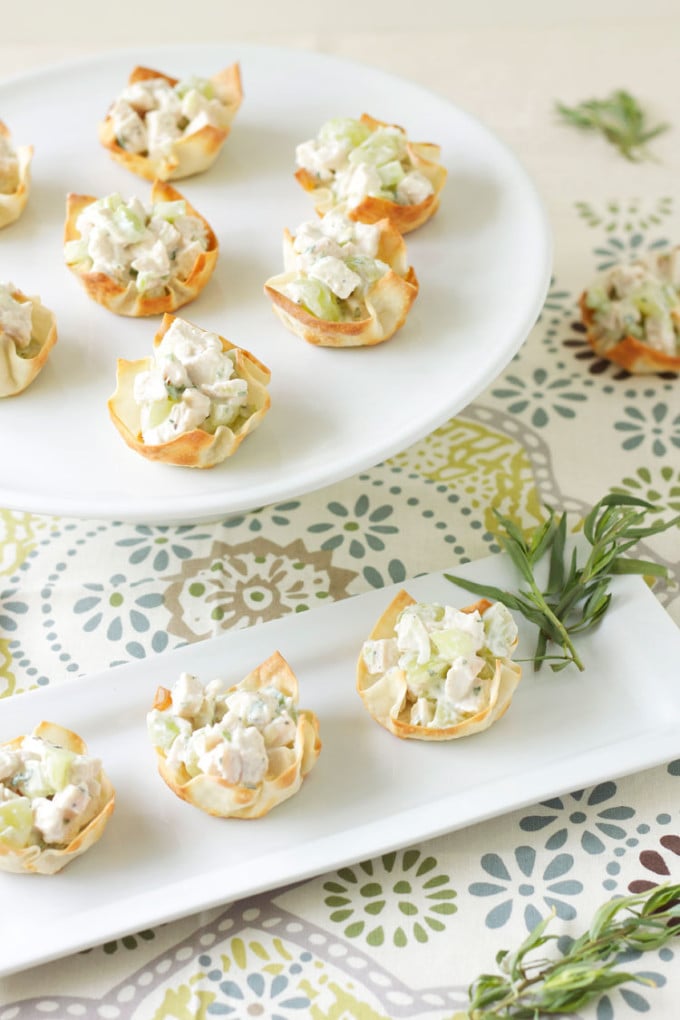 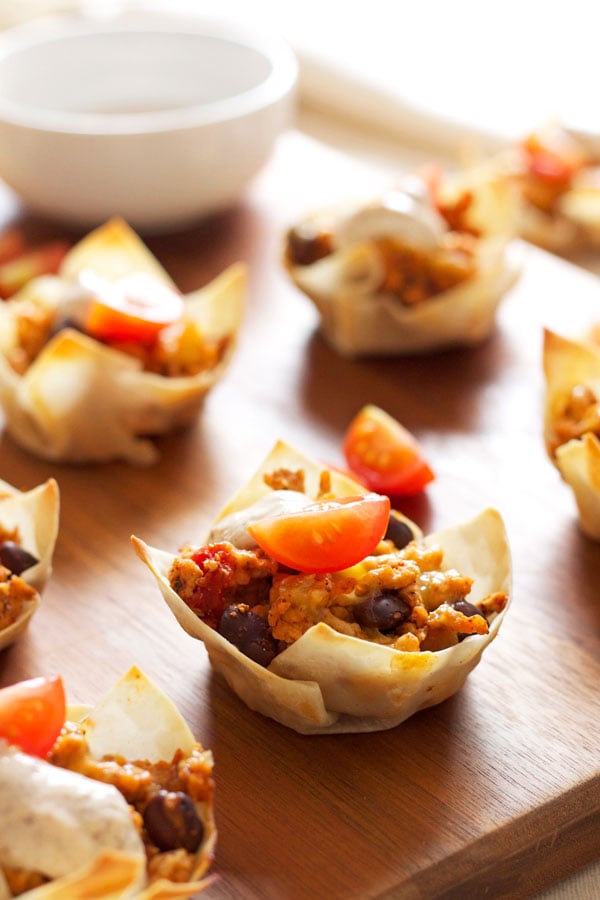 This website uses cookies to improve your experience while you navigate through the website. Out of these, the cookies that are categorized as necessary are stored on your browser as they are essential for the working of basic functionalities of the website. We also use third-party cookies that help us analyze and understand how you use this website. These cookies will be stored in your browser only with your consent. You also have the option to opt-out of these cookies. But opting out of some of these cookies may affect your browsing experience.
Necessary Always Enabled
Necessary cookies are absolutely essential for the website to function properly. These cookies ensure basic functionalities and security features of the website, anonymously.
Functional
Functional cookies help to perform certain functionalities like sharing the content of the website on social media platforms, collect feedbacks, and other third-party features.
Performance
Performance cookies are used to understand and analyze the key performance indexes of the website which helps in delivering a better user experience for the visitors.
Analytics
Analytical cookies are used to understand how visitors interact with the website. These cookies help provide information on metrics the number of visitors, bounce rate, traffic source, etc.
Advertisement
Advertisement cookies are used to provide visitors with relevant ads and marketing campaigns. These cookies track visitors across websites and collect information to provide customized ads.
Others
Other uncategorized cookies are those that are being analyzed and have not been classified into a category as yet.
SAVE & ACCEPT
Skip to Recipe
33384 shares