A delicious and low-carb alternative to chicken and rice soup! This Lemon Chicken and Cauliflower Rice Soup is easy to make and full of fresh flavor! 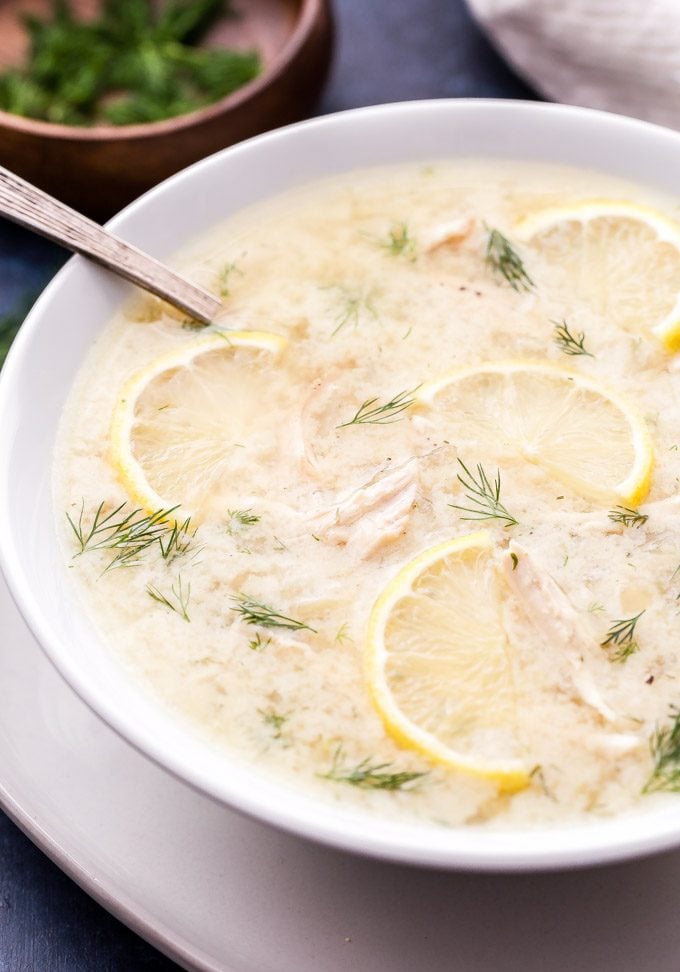 I’m sticking with the soup theme this week and this Lemon Chicken and Cauliflower Rice Soup is right up there with the Curried Butternut Squash and Cauliflower Soup on the flavor scale. It’s a completely different kind of soup, so if creamy soups aren’t your thing and you prefer a soup with meat, then this is the one for you!

I’ve been wanting to try making the Greek lemon chicken and rice soup also known as Avgolemono. You all know I’m a big fan of Greek food, so it was time to test out one of their traditional soups. Of course there’s really nothing traditional about the version of the recipe I created, but the idea is still there and most of the key ingredients. 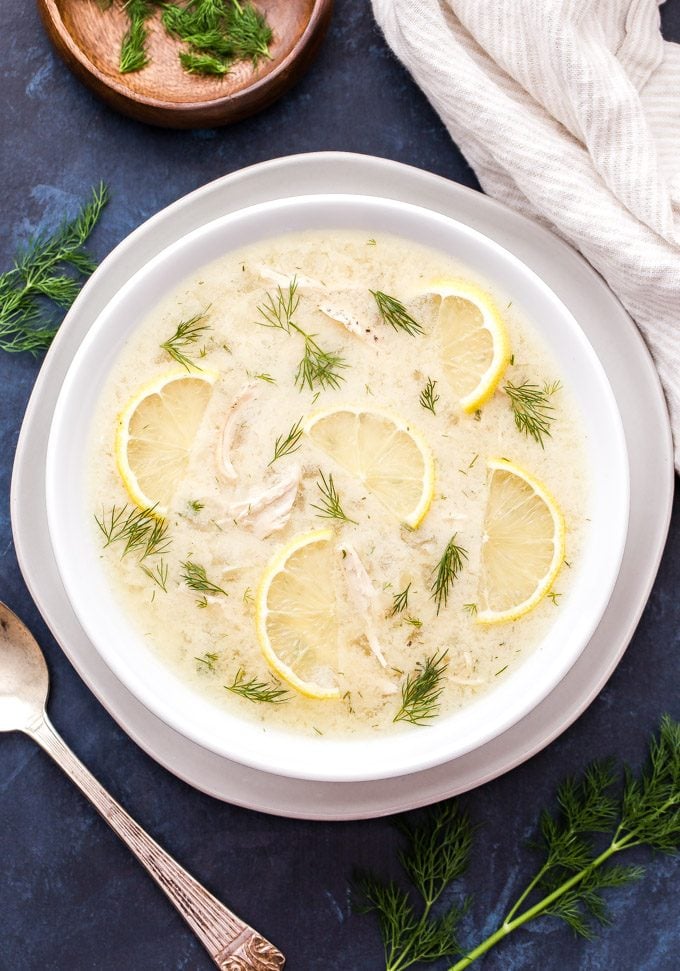 I wanted this to be an easy soup, but one that had plenty of flavor. A lot of times, soup can be lacking in flavor if it isn’t cooked for a long period of time. I assure you that this is not one of those soups. Even though the ingredient list is on the shorter side for a soup, there are two in here that give it a punch of flavor.

Lemon is the key ingredient. It adds a sharp citrus bite to the soup that pairs perfectly with the other crucial ingredient, fresh dill. While looking at multiple recipes for the traditional Avgolemono soup, I didn’t find any that called for dill. However, it seemed to me like it would be a great addition since lemon and dill are a classic flavor pairing. I definitely think it was the right move adding it in! So much freshness to go along with the lemon. I always feel like soup needs some sort of fresh herb added in. 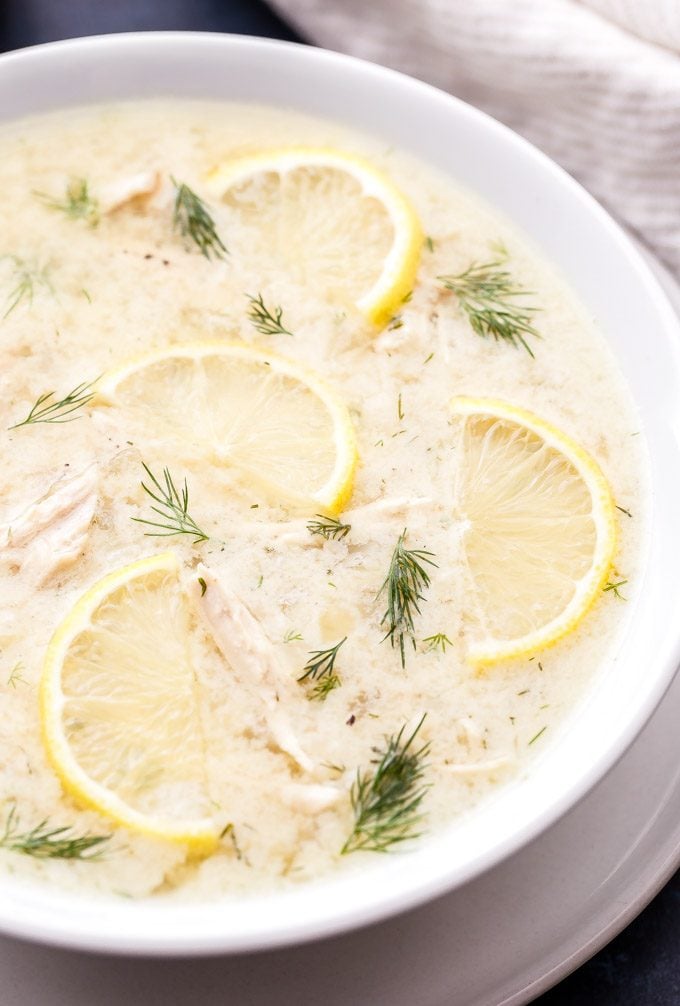 The soup is broth based, but another key ingredient and one you may not have expected is eggs. The eggs are tempered into the broth so they don’t scramble, because no one wants scrambled egg soup. They give it a little creaminess and rich flavor without the use of dairy. 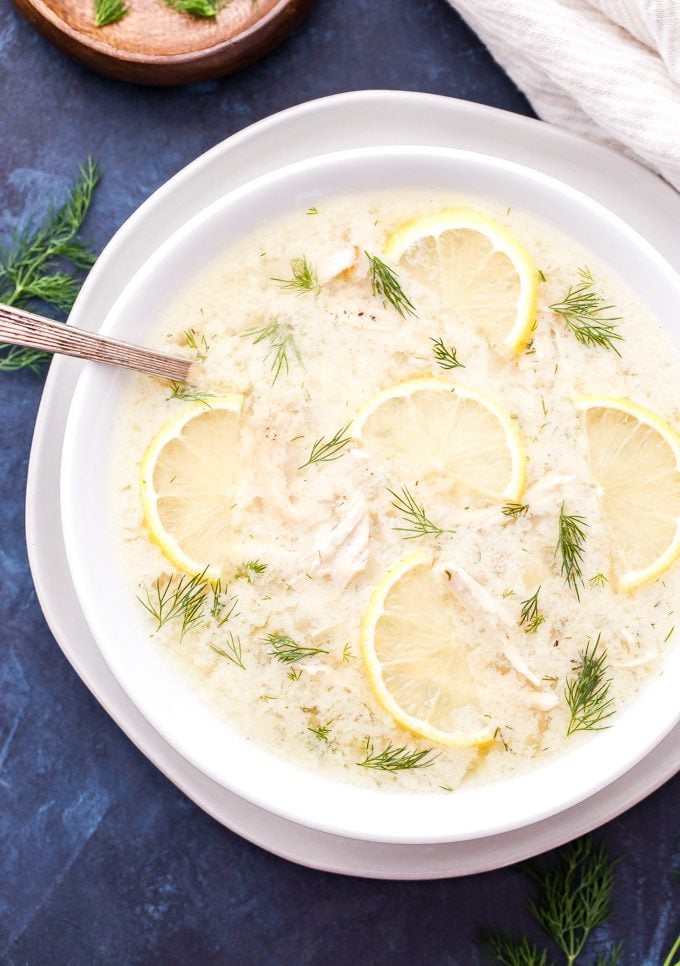 I decided to use cauliflower rice in the soup versus regular rice for a few reasons. First and foremost, I love cauliflower rice. It’s also a great way to add a vegetable into this soup, greatly reduces the carbs if that’s important to you and the cooking time is faster. The texture that you would get from rice is still there and since rice alone really doesn’t have much flavor you won’t be missing anything. This is a great soup to try if you’re looking for something a little different than the traditional chicken and rice soup. 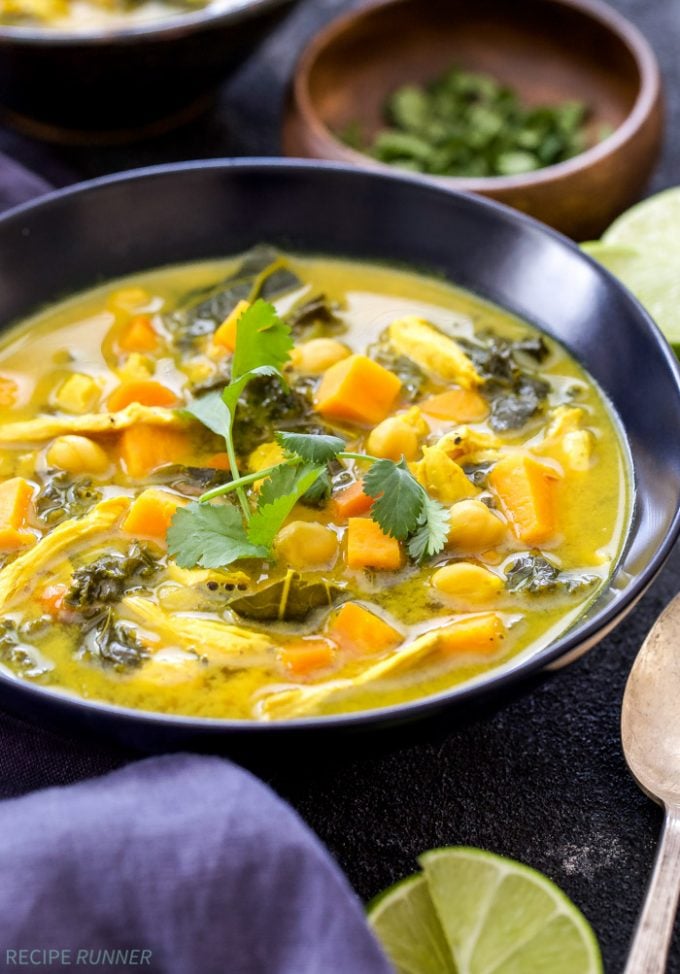 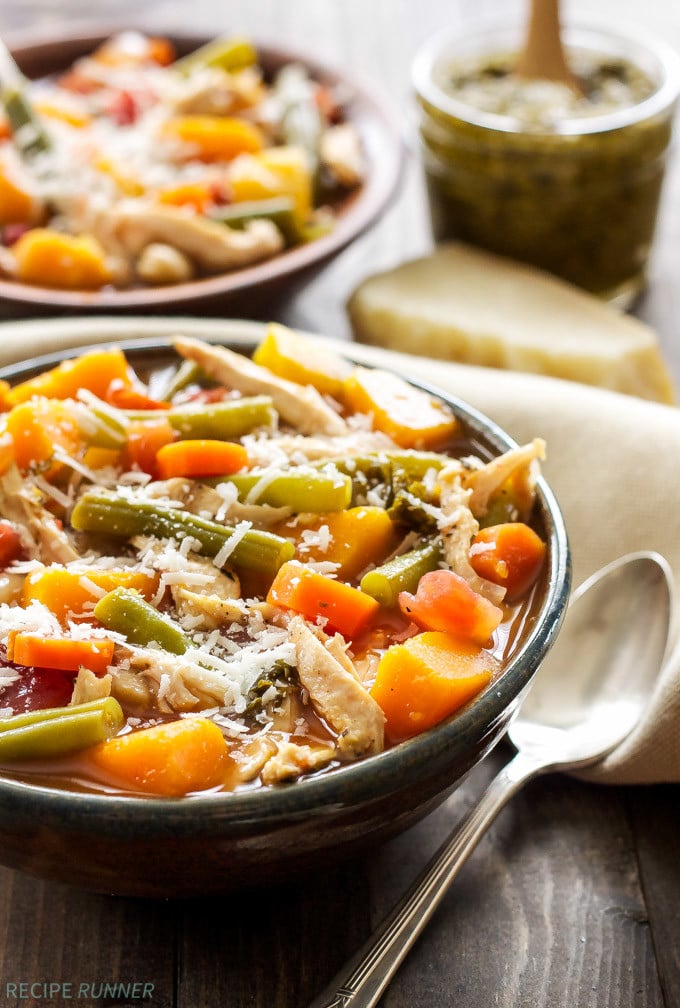 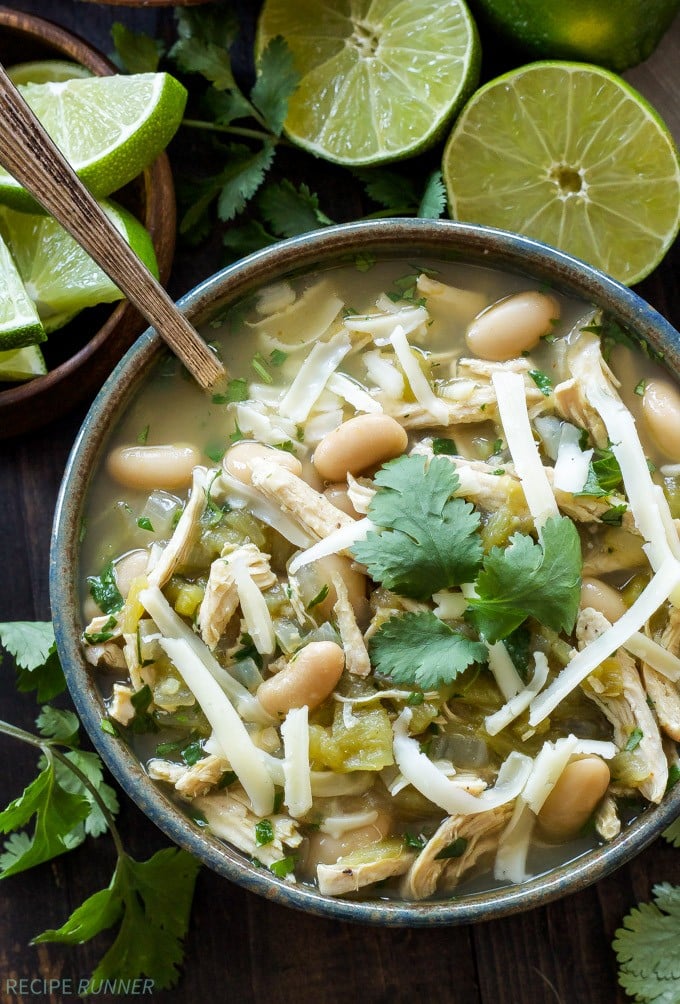 This website uses cookies to improve your experience while you navigate through the website. Out of these, the cookies that are categorized as necessary are stored on your browser as they are essential for the working of basic functionalities of the website. We also use third-party cookies that help us analyze and understand how you use this website. These cookies will be stored in your browser only with your consent. You also have the option to opt-out of these cookies. But opting out of some of these cookies may affect your browsing experience.
Necessary Always Enabled
Necessary cookies are absolutely essential for the website to function properly. These cookies ensure basic functionalities and security features of the website, anonymously.
Functional
Functional cookies help to perform certain functionalities like sharing the content of the website on social media platforms, collect feedbacks, and other third-party features.
Performance
Performance cookies are used to understand and analyze the key performance indexes of the website which helps in delivering a better user experience for the visitors.
Analytics
Analytical cookies are used to understand how visitors interact with the website. These cookies help provide information on metrics the number of visitors, bounce rate, traffic source, etc.
Advertisement
Advertisement cookies are used to provide visitors with relevant ads and marketing campaigns. These cookies track visitors across websites and collect information to provide customized ads.
Others
Other uncategorized cookies are those that are being analyzed and have not been classified into a category as yet.
SAVE & ACCEPT
Skip to Recipe
2590 shares