Skillet Peach Cobbler is the ultimate summer treat! A simple biscuit crust topped with fresh, sweet peaches and all baked in a cast iron skillet. Top with vanilla ice cream for the perfect bite! 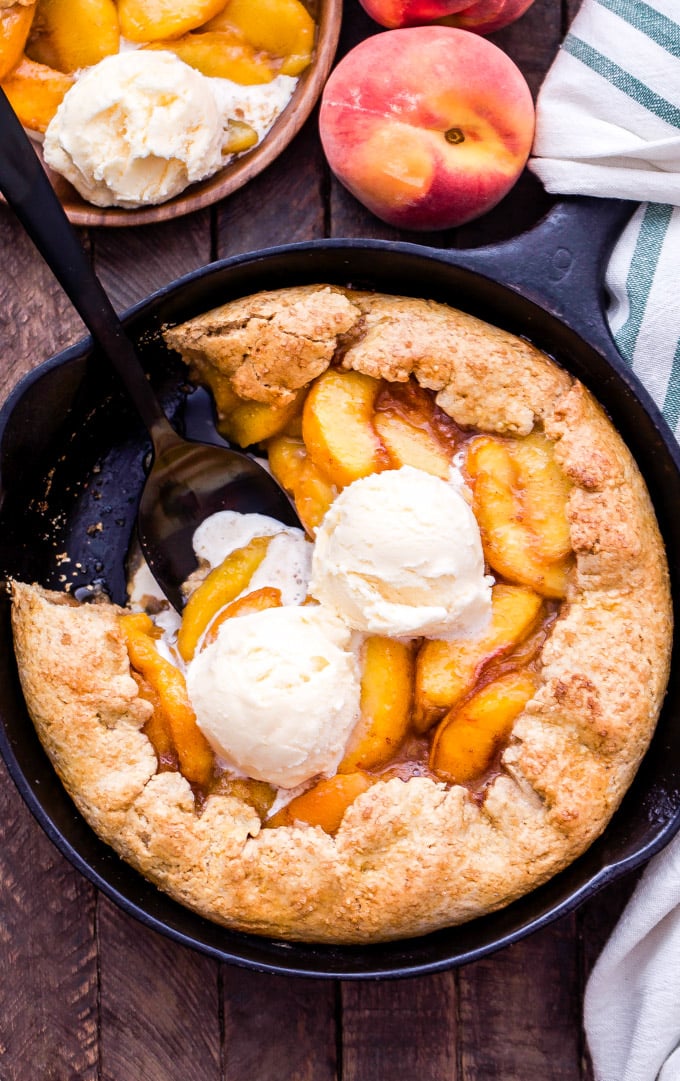 I’ve been wanting to share the recipe for this Skillet Peach Cobbler ever since we moved to Colorado. As you probably already know, I’m obsessed with the local Palisade peaches here. They’re sweet, juicy and hands down the best I’ve ever had.

It’s taken me so long to share this recipe because for one, I don’t make dessert that often for fear I’ll eat it all in one day. Second, peaches don’t last long in our house and every time I considered making it I either didn’t have enough or they weren’t ripe. Sad excuses, I know, but the wait is over so go grab some peaches! 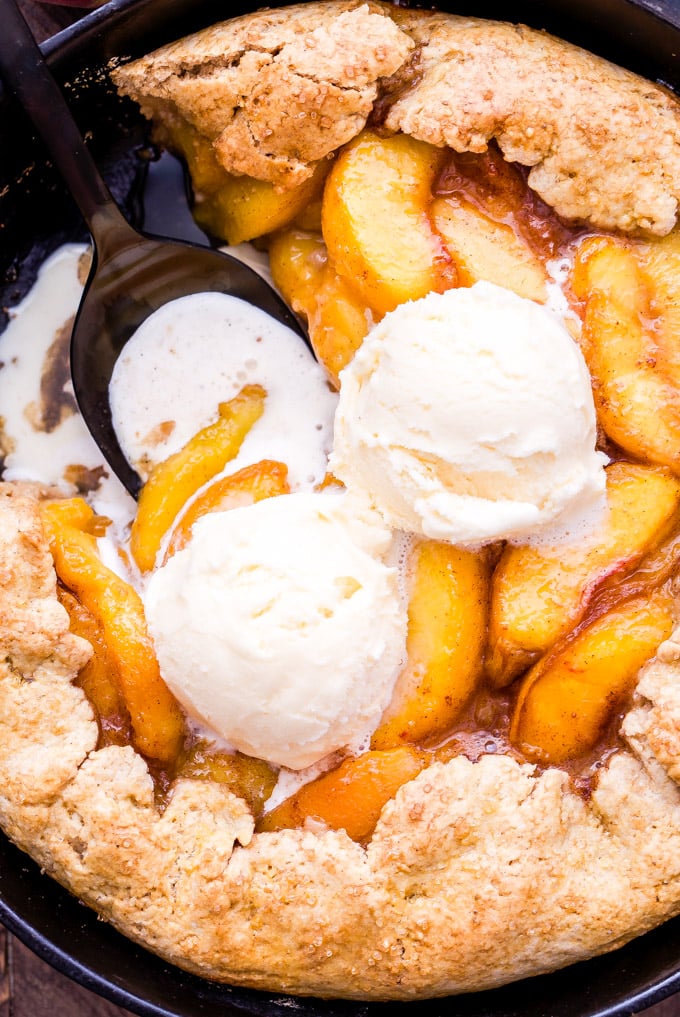 This recipe is one that my grandma gave me. Recipes from her always have a special place in my heart and making them brings back such good memories.

She called this recipe Southern Peach Skillet, but I thought that might be confusing since it really doesn’t give you any indication if it’s a sweet or savory recipe. Honestly titling this recipe was harder than any one I’ve done in the past. There seems to be a big debate about the correct way to make a cobbler.

Is the dough on top or the bottom, is it more like cake, a biscuit or pie dough? I read more articles about it than any person should and finally decided it’s mostly a regional debate about how it should be prepared. Since some articles mentioned the “crust” on the bottom I decided it was ok to label my grandma’s recipe as a cobbler. 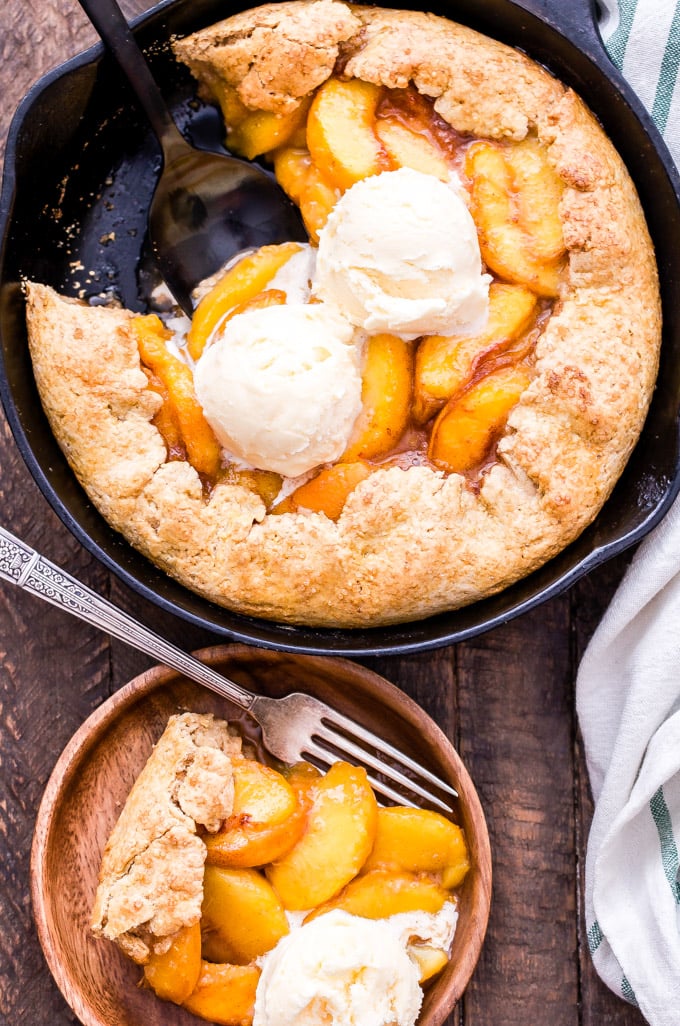 So the dough for this crust is just a basic biscuit dough, but sweetened with sugar. You only need a bowl and a spatula to make it, nothing fancy. The dough gets rolled out and placed in the bottom of a greased cast iron skillet. You should have some overhang, which you’ll end up folding over the peaches. It’s basically like making a peach galette in a cast iron skillet. 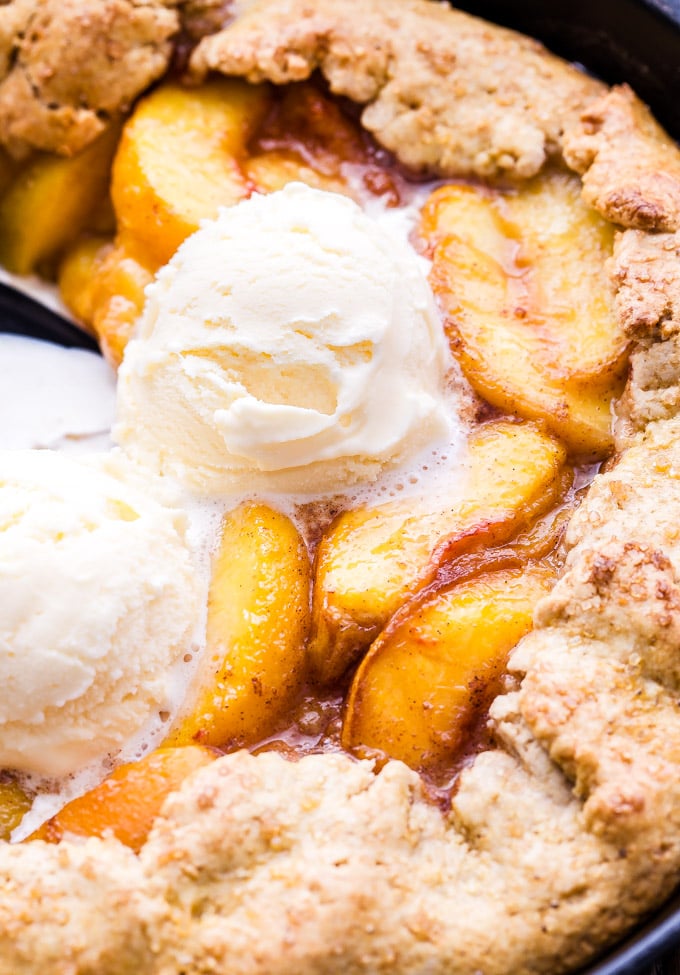 The peaches are tossed together in sugar, cinnamon, nutmeg and vanilla, then the mixture gets dumped on top of the dough. Fold the extra dough towards the center, then brush it wish an egg wash and sprinkle with sugar. Once it’s baked let it cool for a little bit, waiting for it to cool is probably the hardest part!

Serve the Skillet Peach Cobbler warm and topped with vanilla ice cream or whipped cream…or both. I hope you love this simple summer dessert as much as I do! 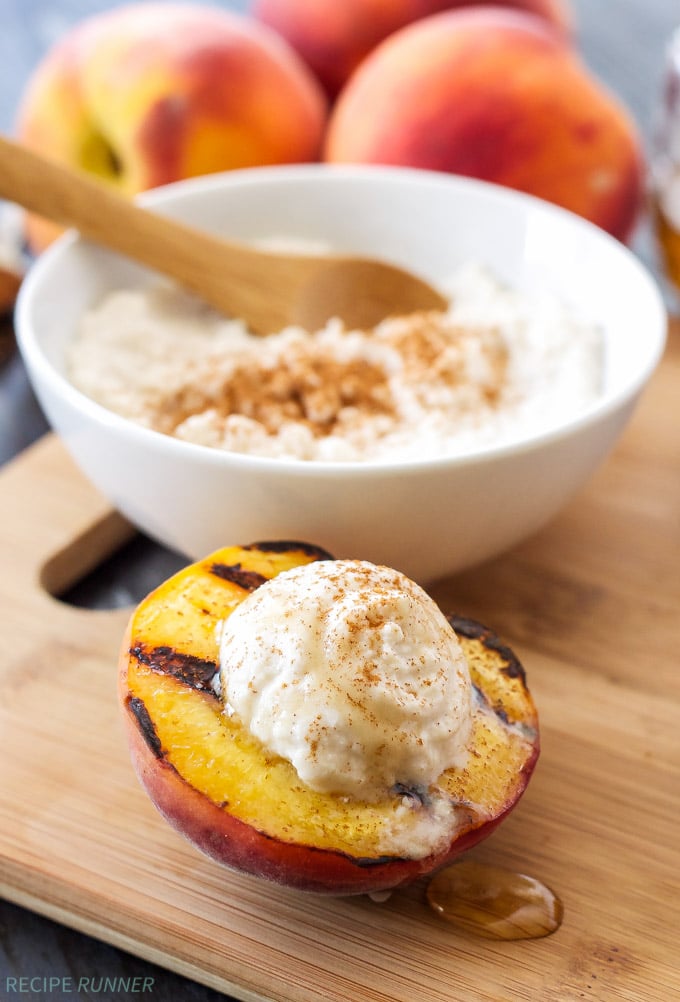 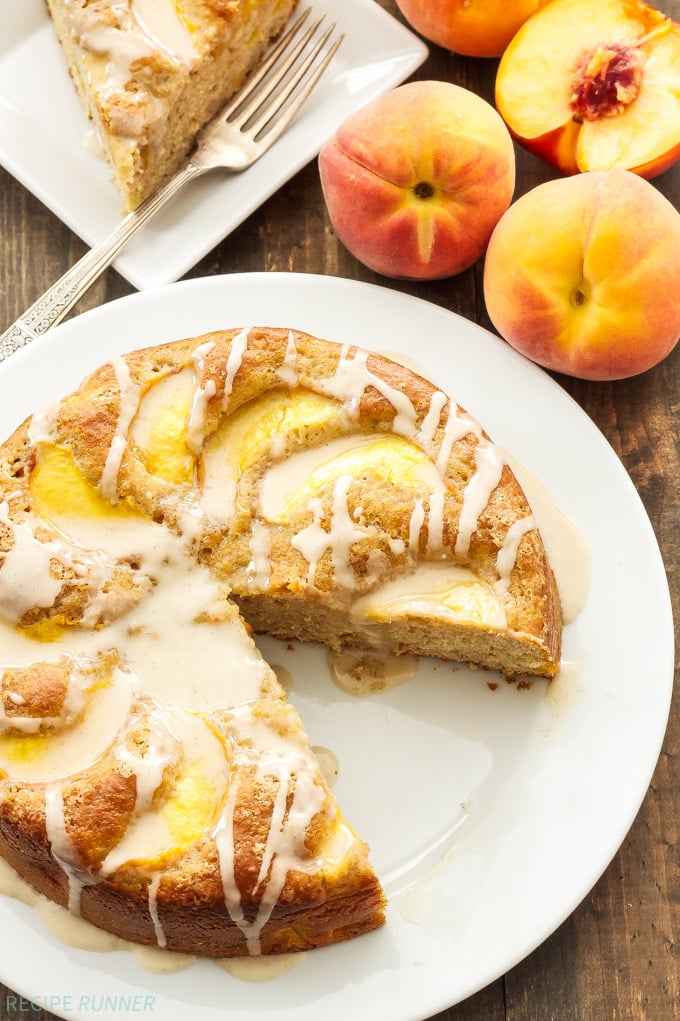 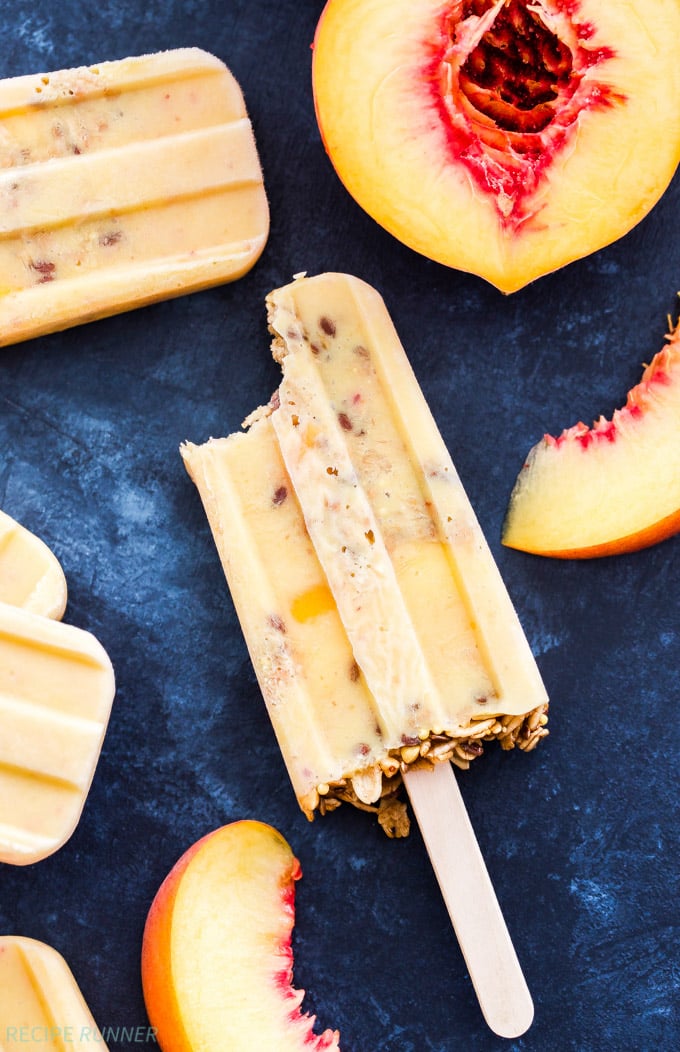 This website uses cookies to improve your experience while you navigate through the website. Out of these, the cookies that are categorized as necessary are stored on your browser as they are essential for the working of basic functionalities of the website. We also use third-party cookies that help us analyze and understand how you use this website. These cookies will be stored in your browser only with your consent. You also have the option to opt-out of these cookies. But opting out of some of these cookies may affect your browsing experience.
Necessary Always Enabled
Necessary cookies are absolutely essential for the website to function properly. These cookies ensure basic functionalities and security features of the website, anonymously.
Functional
Functional cookies help to perform certain functionalities like sharing the content of the website on social media platforms, collect feedbacks, and other third-party features.
Performance
Performance cookies are used to understand and analyze the key performance indexes of the website which helps in delivering a better user experience for the visitors.
Analytics
Analytical cookies are used to understand how visitors interact with the website. These cookies help provide information on metrics the number of visitors, bounce rate, traffic source, etc.
Advertisement
Advertisement cookies are used to provide visitors with relevant ads and marketing campaigns. These cookies track visitors across websites and collect information to provide customized ads.
Others
Other uncategorized cookies are those that are being analyzed and have not been classified into a category as yet.
SAVE & ACCEPT
Skip to Recipe
2699 shares