Easy Smokey Chicken Paprikash is a healthy, one skillet version of traditional chicken paprikash. Serve over egg noodles for a fast, family dinner! 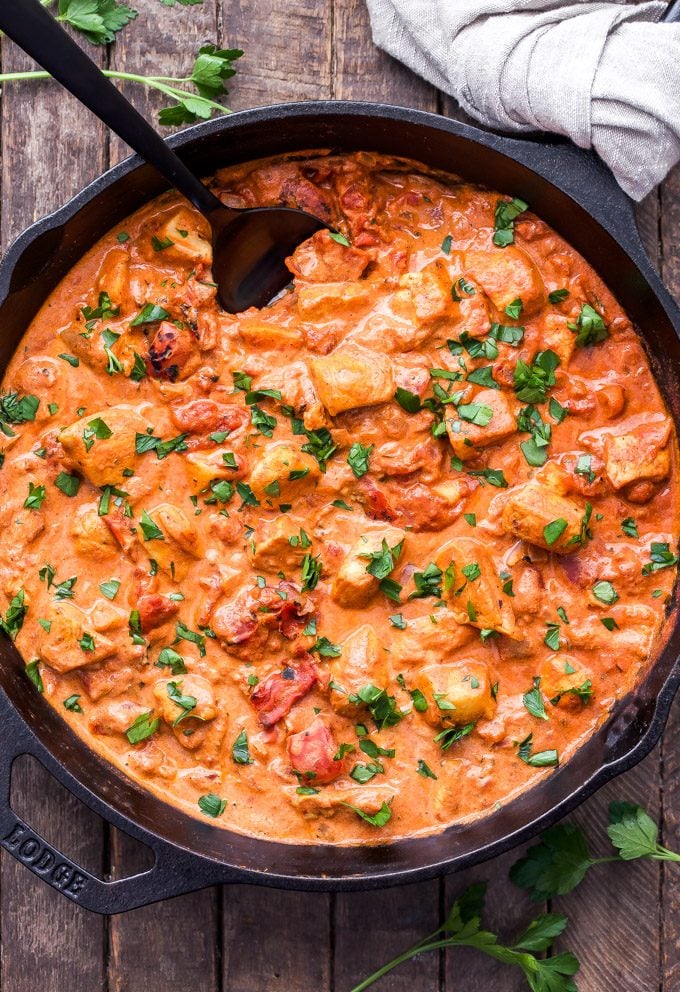 Happy March! I’m glad it’s here because that means we’re another month closer to warm weather being back. In general, March is usually a pretty snowy month here in Colorado so if there’s a lot of griping coming from me on the blog, I apologize in advance. It’s always hard to see most of the country warming up and I’m stuck running on the treadmill or shoveling snow off the driveway. We’ve had a pretty mild winter so I’m hoping we don’t get bombarded with all the snow this fall.

Today’s recipe is one I’ve been wanting to share since January, but didn’t get around to making until a couple weeks ago. It’s a healthier and easier to make version of chicken paprikash. If you love one pan, super flavorful chicken recipes, then I think you will love this Easy Smokey Chicken Paprikash. 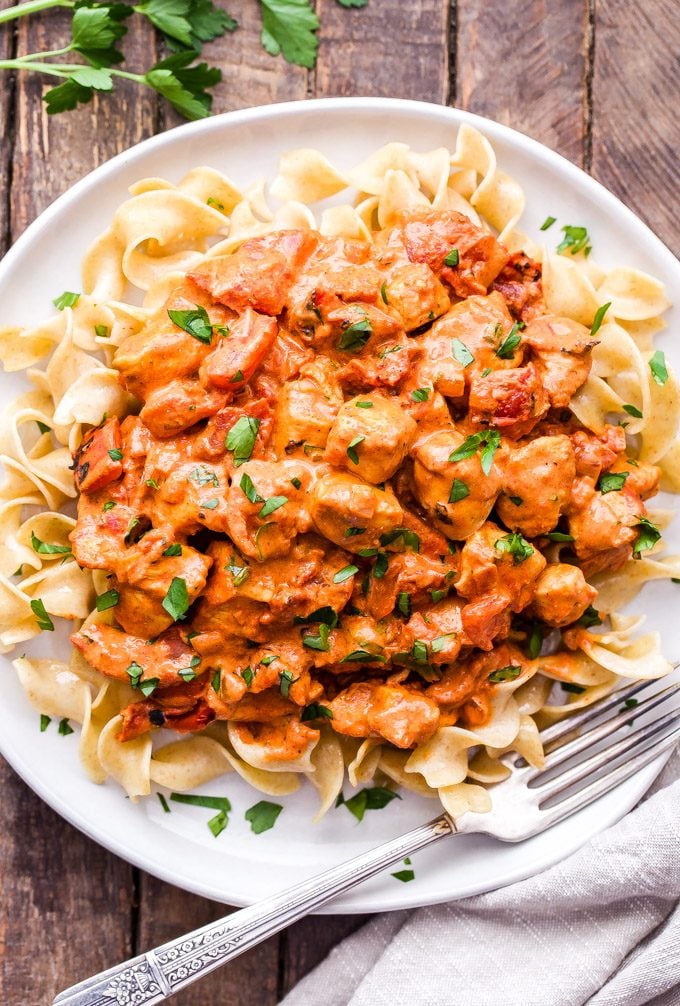 Chicken paprikash also known as paprika chicken is a traditional Hungarian dish. In fact it’s actually the Hungarian national dish. My version is definitely not traditional and I’m sure my healthier substitutions would make a Hungarian grandmother shudder, but it’s now a recipe I can feel good about making often rather than saving for an indulgent dinner. 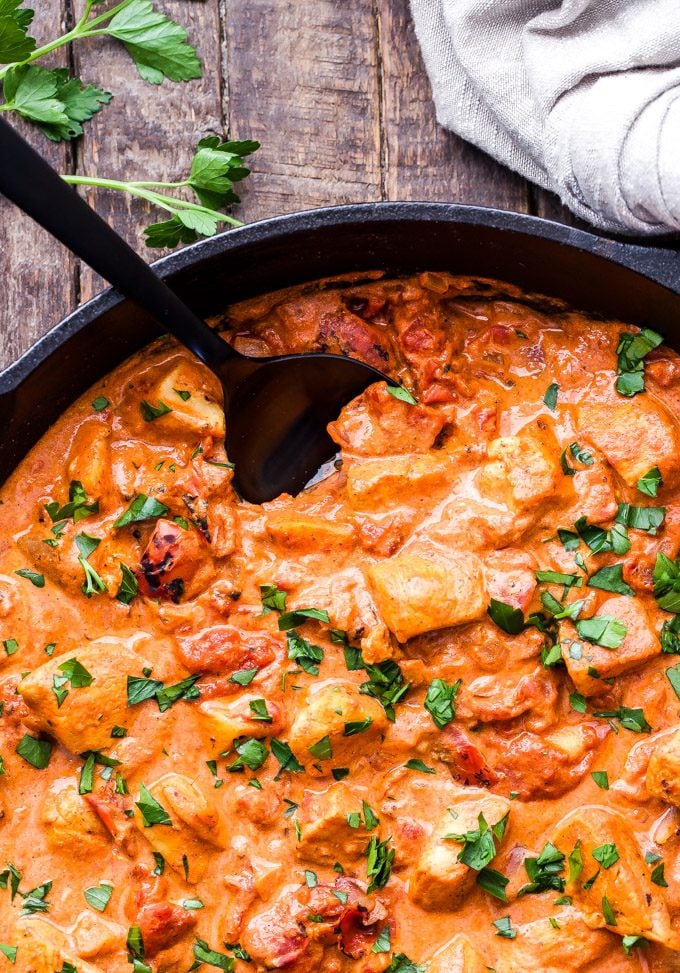 Traditional recipes call for quartered chicken parts or chicken thighs and are simmered in the sauce for an extended period of time.  I went with chicken breasts for a leaner protein and cubed them so they’d cook fast.

As you probably guessed from the name, paprika is the predominant spice used in this dish. Sweet Hungarian paprika is normally used or sometimes combined with hot paprika. To give my version smokey flavor I used both sweet and smoked paprika. Along with the paprika you’ll also use onion and garlic for your aromatics. 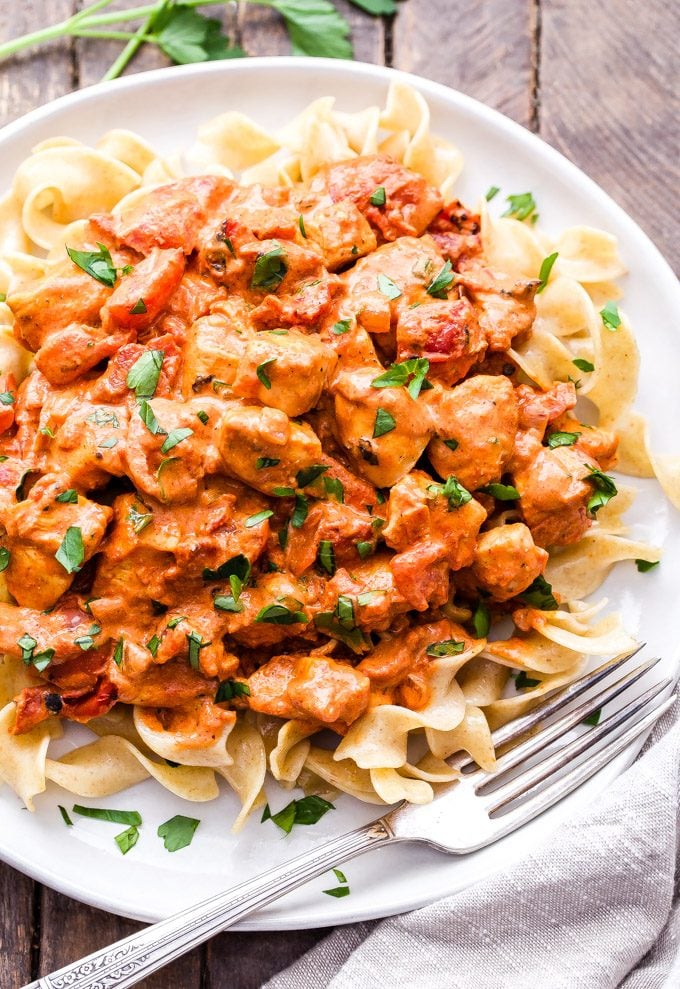 Sweet red peppers and tomato paste are other ingredients that are sometimes used in the traditional recipe. Since my husband can’t eat peppers I decided to use fire roasted tomatoes. They add a little sweetness like the peppers would and more smokey flavor. The final traditional ingredient that is used is sour cream, but that’s something I never have on hand. Instead I replaced it with plain Greek yogurt for a healthier substitution with almost identical results.

Serve this Easy Smokey Chicken Paprikash over egg noodles, gluten-free pasta or rice and topped with plenty of fresh parsley for a healthy, quick and easy weeknight dinner! 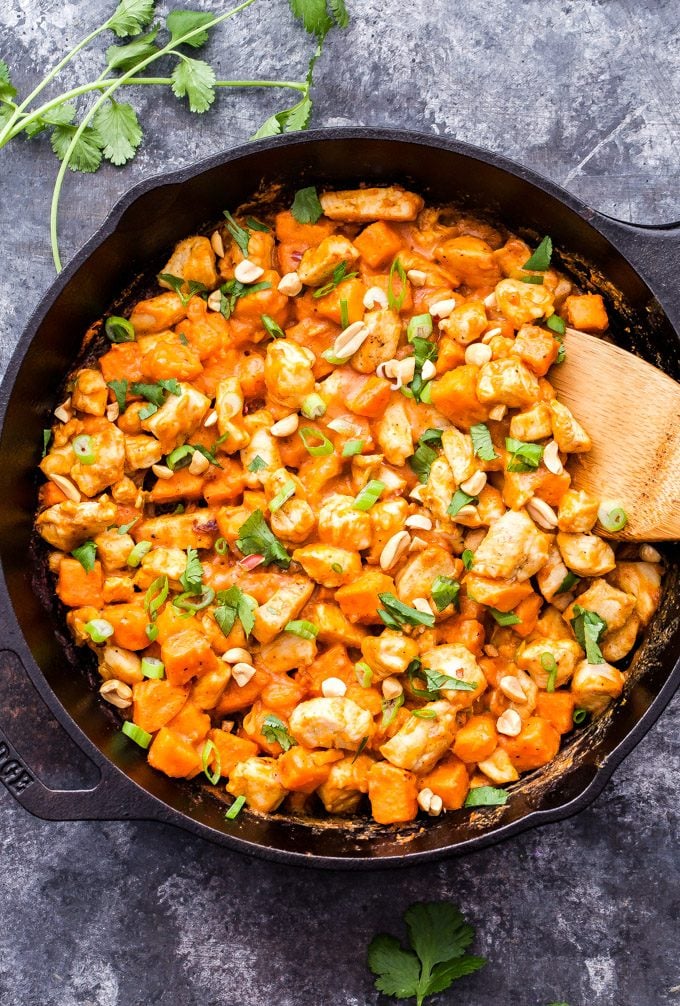 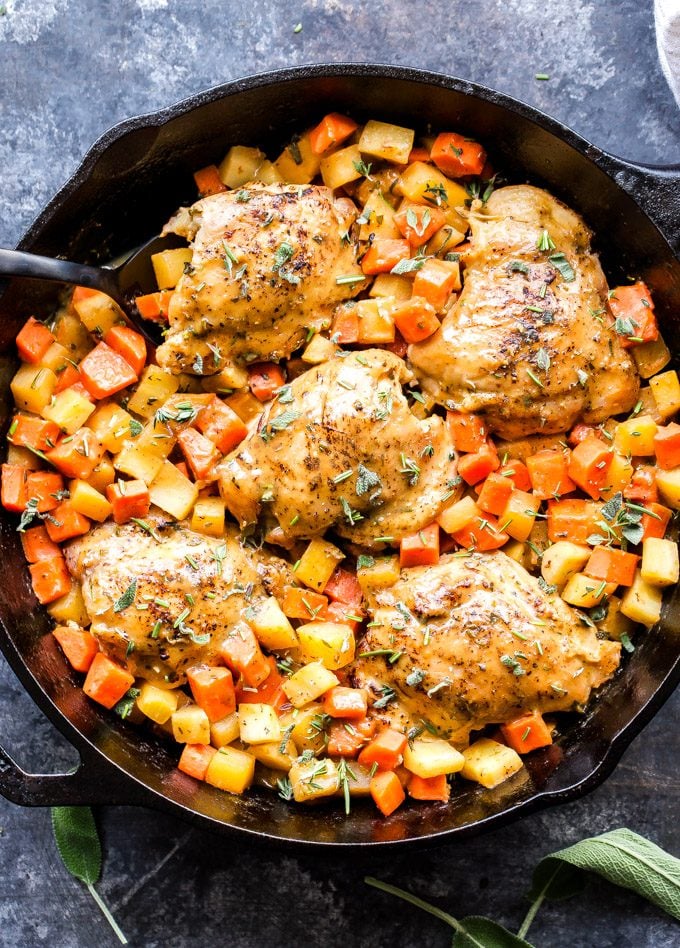 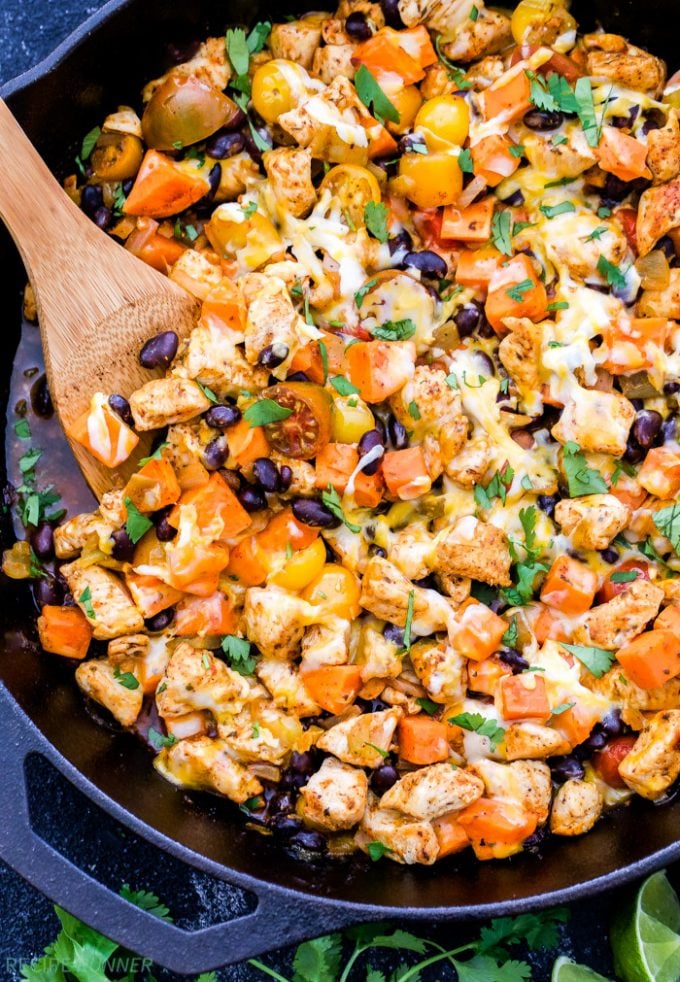 This website uses cookies to improve your experience while you navigate through the website. Out of these, the cookies that are categorized as necessary are stored on your browser as they are essential for the working of basic functionalities of the website. We also use third-party cookies that help us analyze and understand how you use this website. These cookies will be stored in your browser only with your consent. You also have the option to opt-out of these cookies. But opting out of some of these cookies may affect your browsing experience.
Necessary Always Enabled
Necessary cookies are absolutely essential for the website to function properly. These cookies ensure basic functionalities and security features of the website, anonymously.
Functional
Functional cookies help to perform certain functionalities like sharing the content of the website on social media platforms, collect feedbacks, and other third-party features.
Performance
Performance cookies are used to understand and analyze the key performance indexes of the website which helps in delivering a better user experience for the visitors.
Analytics
Analytical cookies are used to understand how visitors interact with the website. These cookies help provide information on metrics the number of visitors, bounce rate, traffic source, etc.
Advertisement
Advertisement cookies are used to provide visitors with relevant ads and marketing campaigns. These cookies track visitors across websites and collect information to provide customized ads.
Others
Other uncategorized cookies are those that are being analyzed and have not been classified into a category as yet.
SAVE & ACCEPT
Skip to Recipe
5069 shares