This easy Gluten Free Peach Crisp is a must make summer dessert! The juicy peach filling is sweetened with maple syrup and cinnamon and topped with a crisp oat and almond flour topping. Serve it warm with a scoop of vanilla ice cream of course! 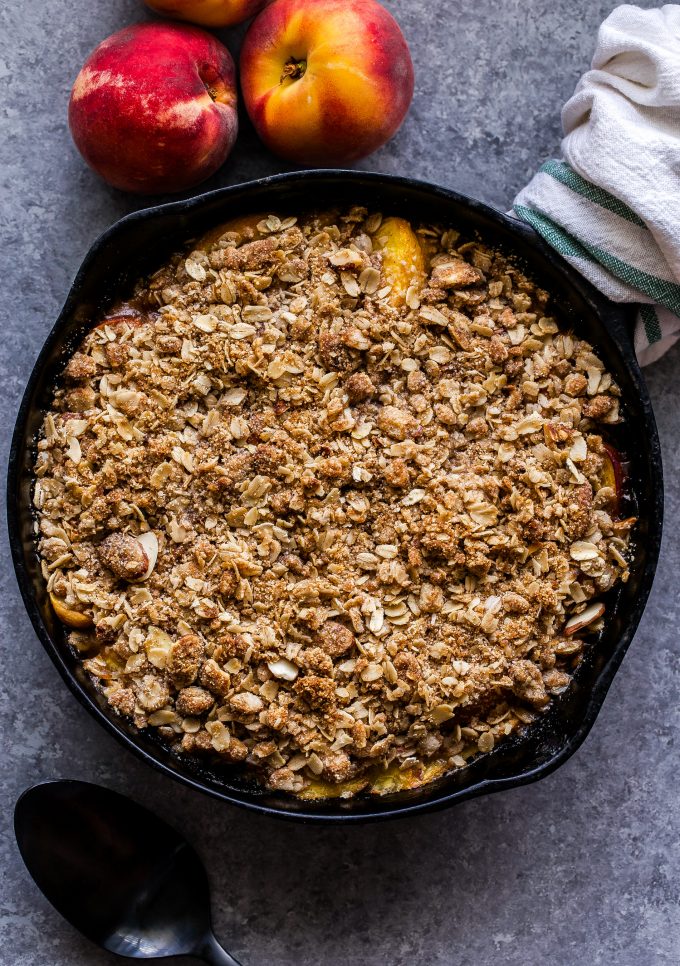 It isn’t summer until I bake one peach dessert. Last year it was my grandma’s recipe for Skillet Peach Cobbler. This year it’s this Gluten Free Peach Crisp and boy was it delicious! I love making fruit crisps because they’re so easy. No pie dough to deal with, no worrying about the crust being doughy, just cut the fruit, sweeten it and slap a crumbly topping on it. I also appreciate that it only takes about half the time to bake, since I’m not a fan of using the oven in the summer.

Local peaches are everywhere here in Colorado right now. Farmers’ markets, grocery stores and even cars and stands parked along the sides of the road are all selling them. They come from the western slopes of Colorado, primarily from the town of Palisade. Their success and delicious flavor is attributed to the climate, which is warm days and cool nights. 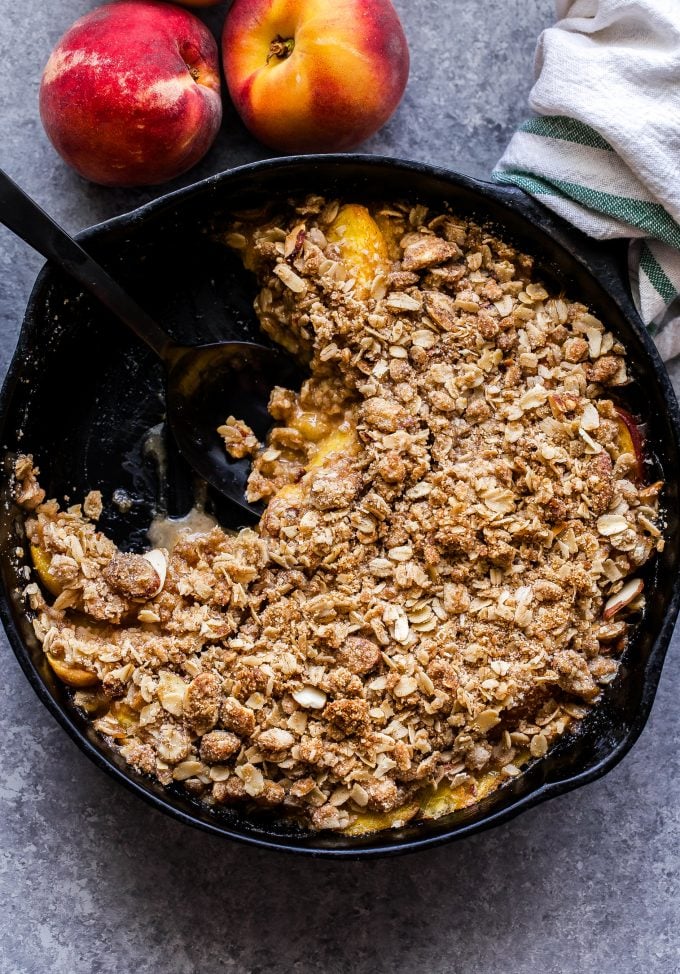 Picking out the perfect peach hasn’t always come easy to me, but since moving here my success rate has drastically gone up. 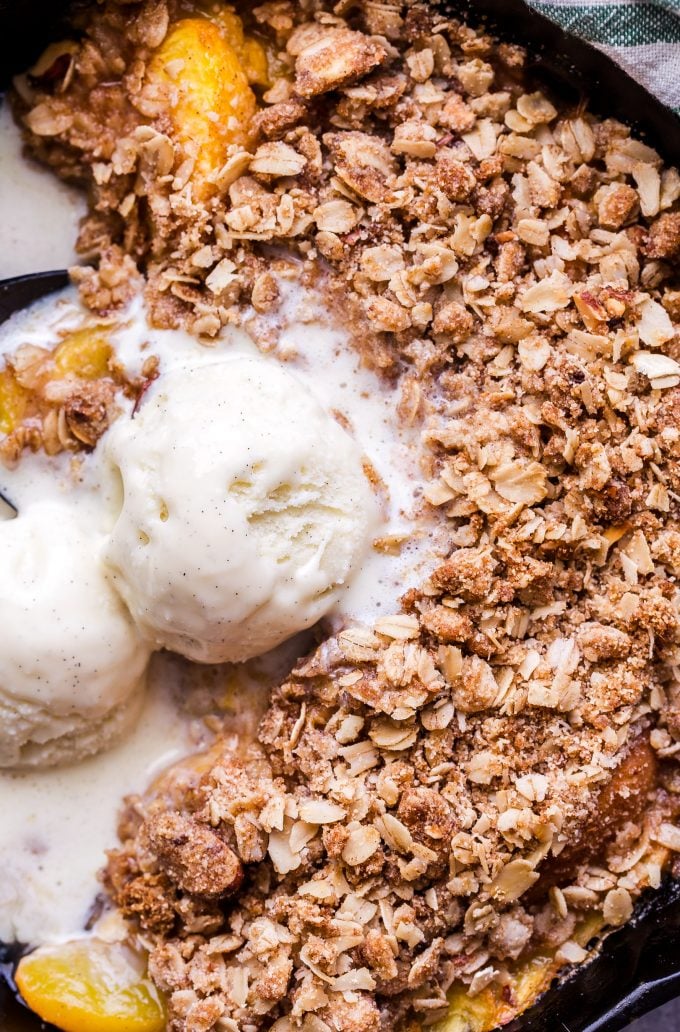 I decided to make this peach crisp gluten free because lately I’ve been having quite a few issues with foods containing gluten and I know there are many others out there having problems as well. Making a peach crisp gluten free is incredibly simple. You’ll replace your filling thickener, which is generally flour with cornstarch. You’ll also replace the wheat flour that is in the crumble topping with almond flour.

I also added toasted sliced almonds into the topping. Instead of almonds you could use toasted pecans or skip the nuts if you’re not into it. Melted coconut oil acted as the binder for the topping. If you aren’t a fan of the flavor of coconut oil you can replace it with melted butter. 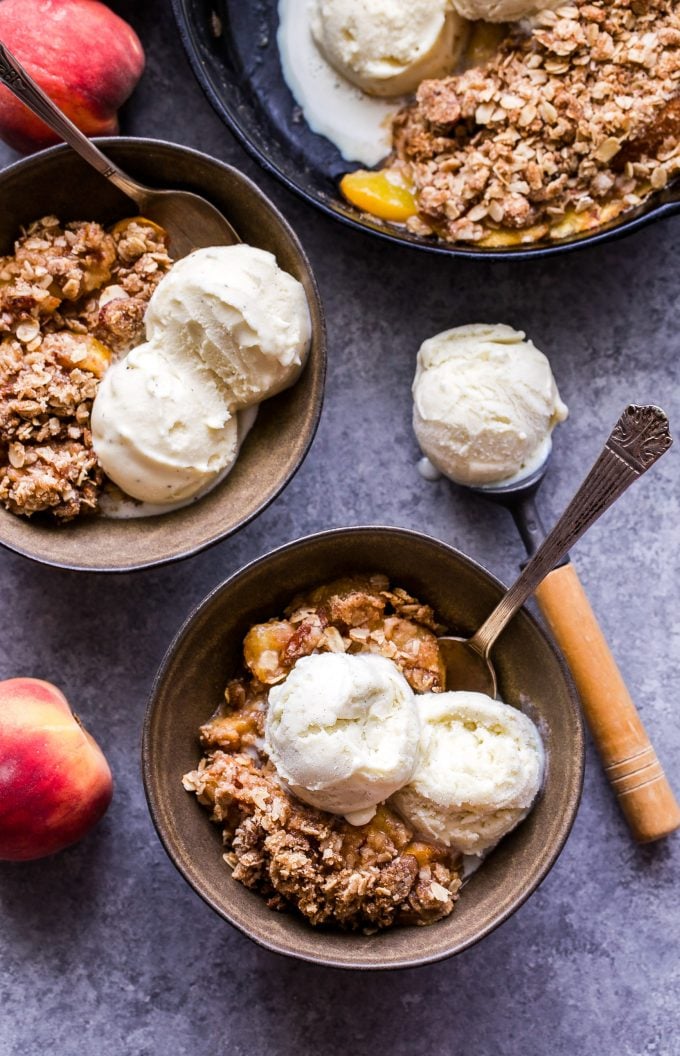 You’ll need about 7-8 ripe peaches for this recipe (approximately 2 1/2 pounds). I prefer to use peeled peaches, but if you don’t want to it’s not a big deal. If you choose to peel the peaches, here’s my favorite method for peeling peaches without a knife.

The filling is sweetened with maple syrup, but you can also use brown sugar. I would suggest adding an extra tablespoon if you replace the maple syrup with brown sugar as maple syrup is sweeter. The amount of sweetener you add to the filling is completely dependent on the sweetness of your peaches and your own personal tastes.

The crisp bakes for about 30 minutes and will make your house smell wonderful. Serve it warm with a scoop of vanilla ice cream, whipped cream or even Greek yogurt! 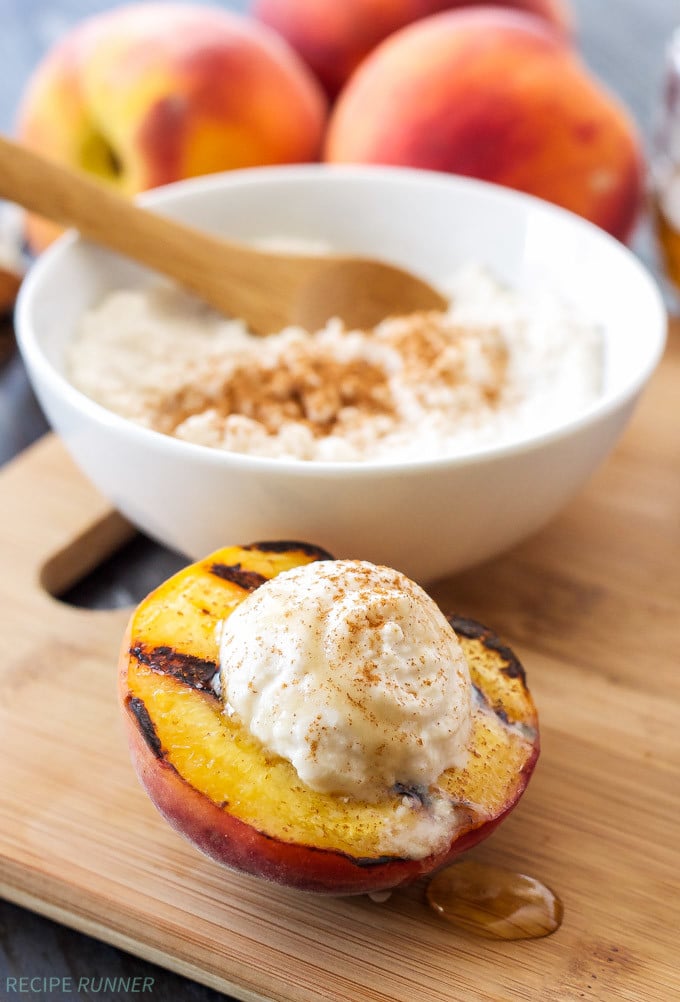 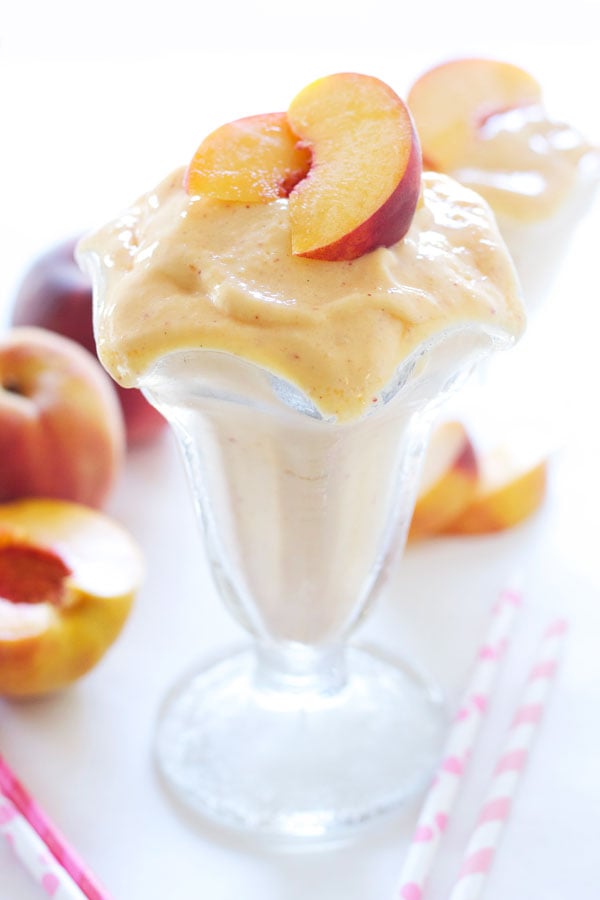 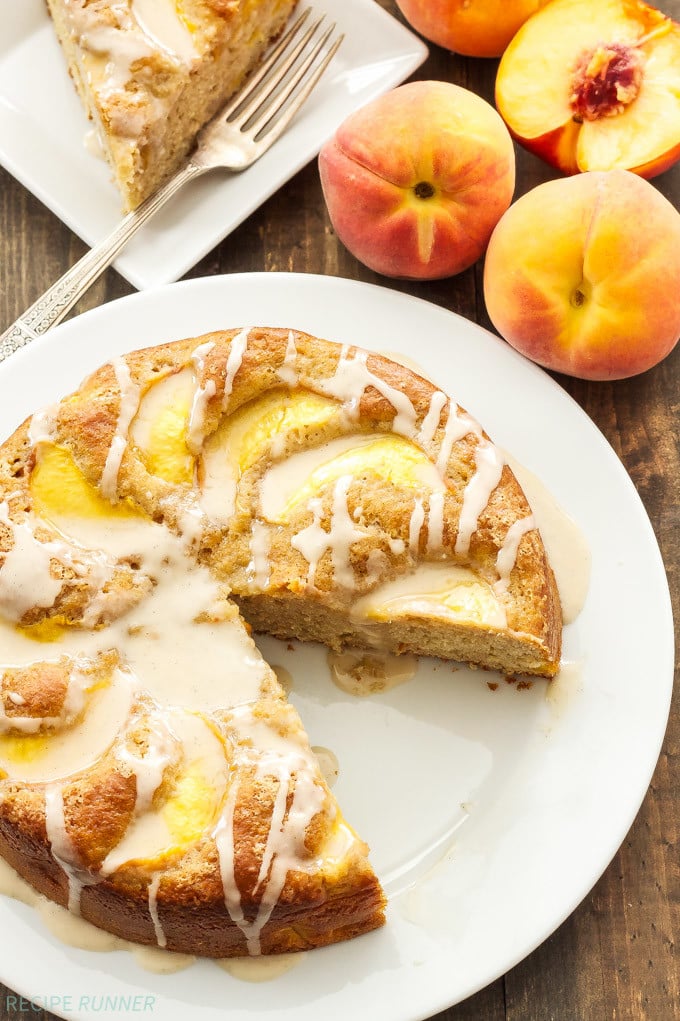 Nutrition doesn't include ice cream and is based on 6 servings.

This website uses cookies to improve your experience while you navigate through the website. Out of these, the cookies that are categorized as necessary are stored on your browser as they are essential for the working of basic functionalities of the website. We also use third-party cookies that help us analyze and understand how you use this website. These cookies will be stored in your browser only with your consent. You also have the option to opt-out of these cookies. But opting out of some of these cookies may affect your browsing experience.
Necessary Always Enabled
Necessary cookies are absolutely essential for the website to function properly. These cookies ensure basic functionalities and security features of the website, anonymously.
Functional
Functional cookies help to perform certain functionalities like sharing the content of the website on social media platforms, collect feedbacks, and other third-party features.
Performance
Performance cookies are used to understand and analyze the key performance indexes of the website which helps in delivering a better user experience for the visitors.
Analytics
Analytical cookies are used to understand how visitors interact with the website. These cookies help provide information on metrics the number of visitors, bounce rate, traffic source, etc.
Advertisement
Advertisement cookies are used to provide visitors with relevant ads and marketing campaigns. These cookies track visitors across websites and collect information to provide customized ads.
Others
Other uncategorized cookies are those that are being analyzed and have not been classified into a category as yet.
SAVE & ACCEPT
Skip to Recipe
3162 shares