Skinny Red Chile Enchilada Dip is perfect for your next party or game day! Cheesy, creamy and tastes just like the inside of an enchilada! 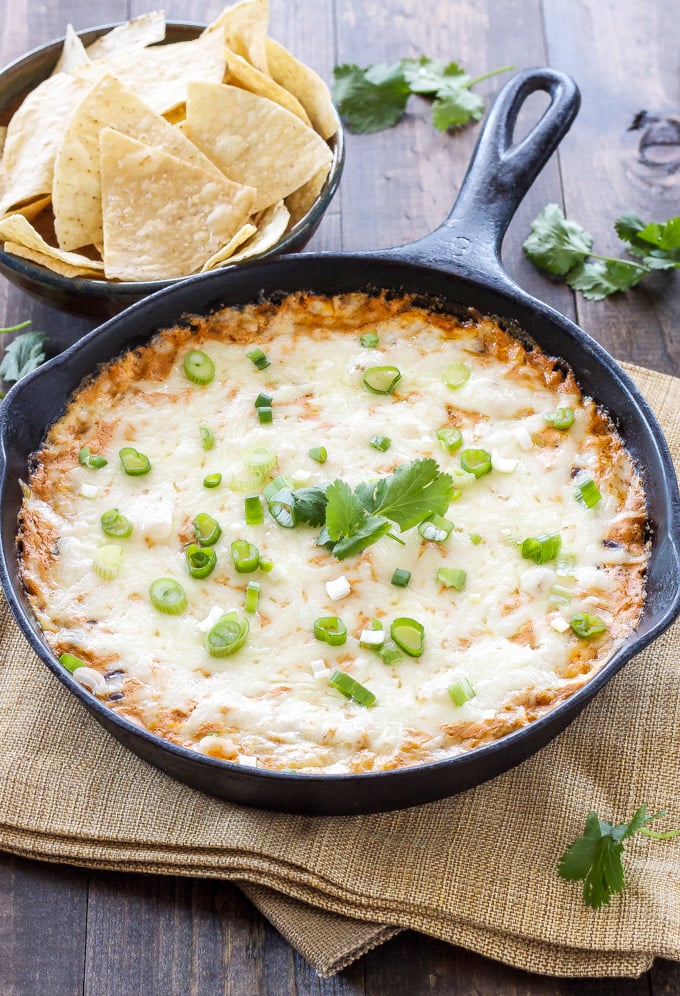 Just like that another Easter is gone. It’s hard to believe that we’re already in the second week of April! Before you know it we’ll all be barbecuing and celebrating the 4th of July! Well before I get too ahead of myself I should probably point out that tonight is the NCAA championship game. My guess is you are either saying, “well duh!” or “NCAA game for what sport?”, Basketball sillies!

Watching college basketball isn’t high on my list of things to do, but my husband has been following it so I’ve caught a few minutes of the games here and there. I may sit down and actually watch the game tonight and for sure I will make us this Skinny Red Chile Enchilada Dip to snack on while we watch! 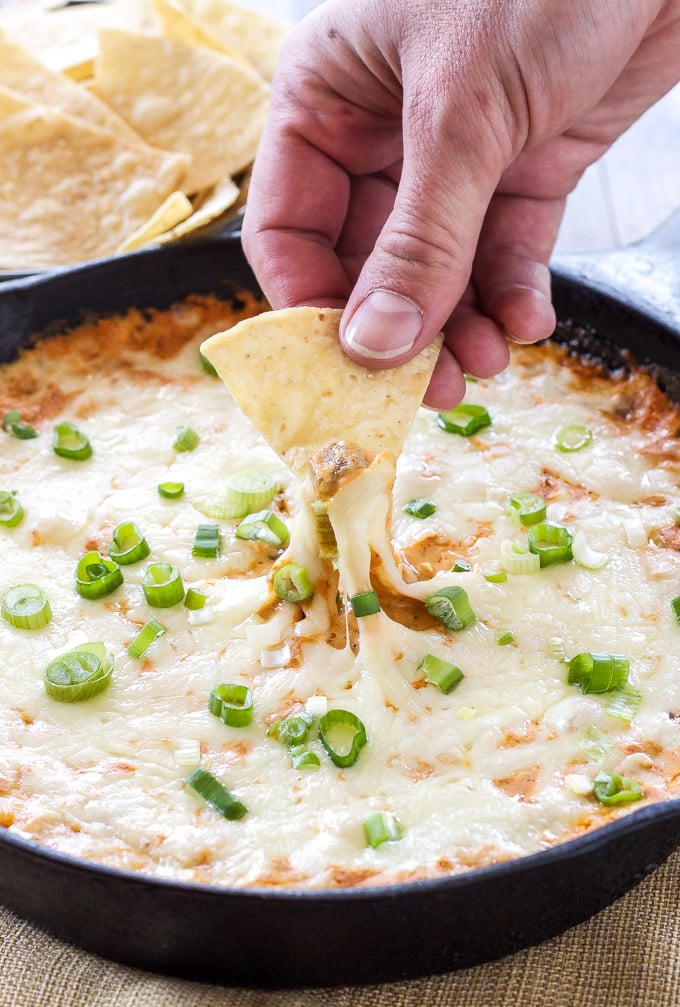 I’ve made enchilada dip in the past, in fact my Skinny Green Chile Chicken Enchilada Dip is one of my most pinned recipes ever! If you are looking for a non-vegetarian dip, I highly recommend it. However, I have gotten numerous questions regarding the green chile enchilada dip such as, “can this be made without chicken?” or “I only have red enchilada sauce, will that work?”

So to answer all the questions, I thought it would be fun to come up with a second enchilada dip that doesn’t have meat, but rather black beans and corn instead. While I’m partial to green enchilada sauce, I can’t get enough of it, the red tastes just as delicious!

The dip is made lighter by using a combination of plain non fat Greek yogurt and low fat cream cheese. I also chose to replace half of the Monterey Jack cheese with part skim mozzarella. Even with all these lower fat and healthier substitutions the dip hardly seems light, but it’s good to know that it is because I can’t control myself around it! 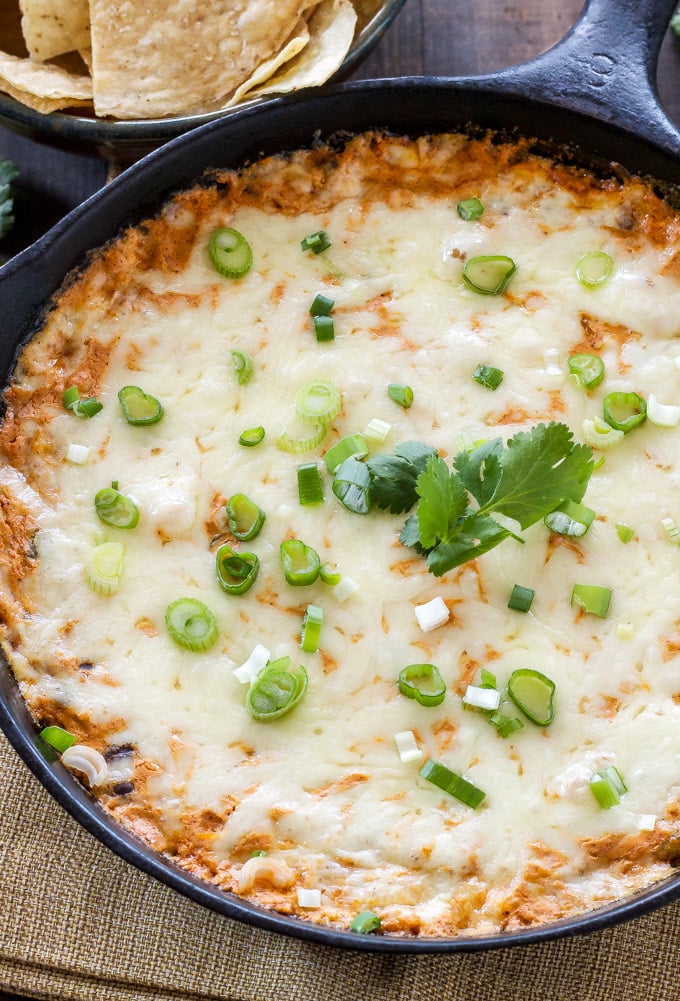 I asked my husband to help me get some photos of an action dipping shot, because who doesn’t want to see that long, stringy, gooey, cheese falling off the chip? That’s what I like to call the money shot! Well after his struggles of standing there bent over awkwardly holding the chip in exactly the right spot and not moving while I took 10,000 pictures of it, he could hardly wait another second to dig into the dip. When the husband/man can’t wait to dig in, that’s when you know you’ve got a recipe that will appeal to everyone! 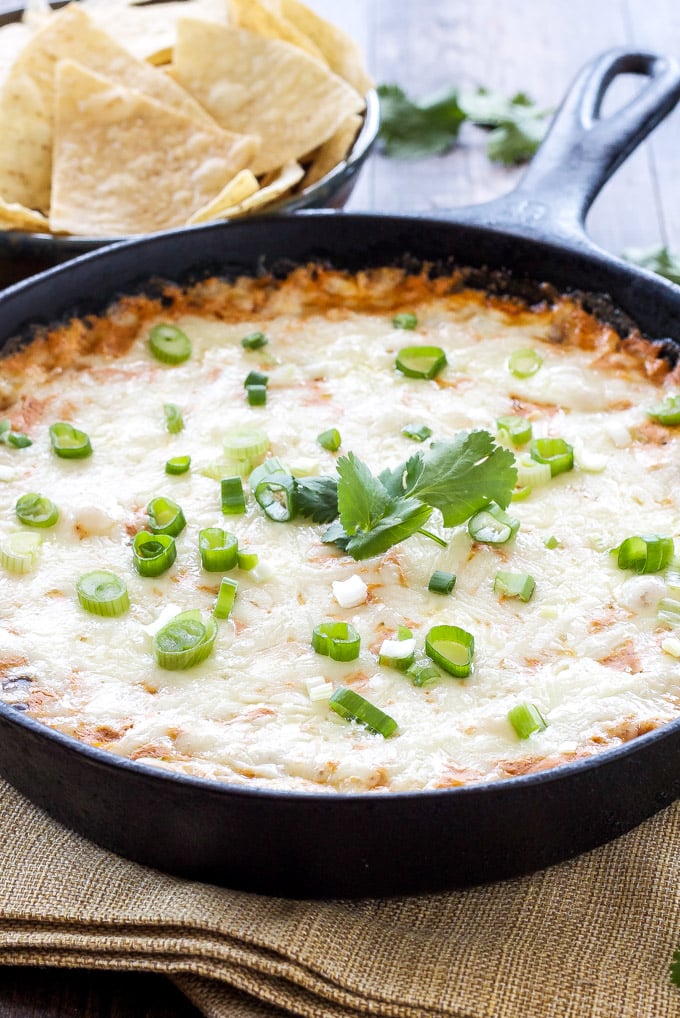 Whether you’re into the whole March Madness thing or not you need to be into this Skinny Red Chile Enchilada Dip, like elbow deep, yes it’s that good! 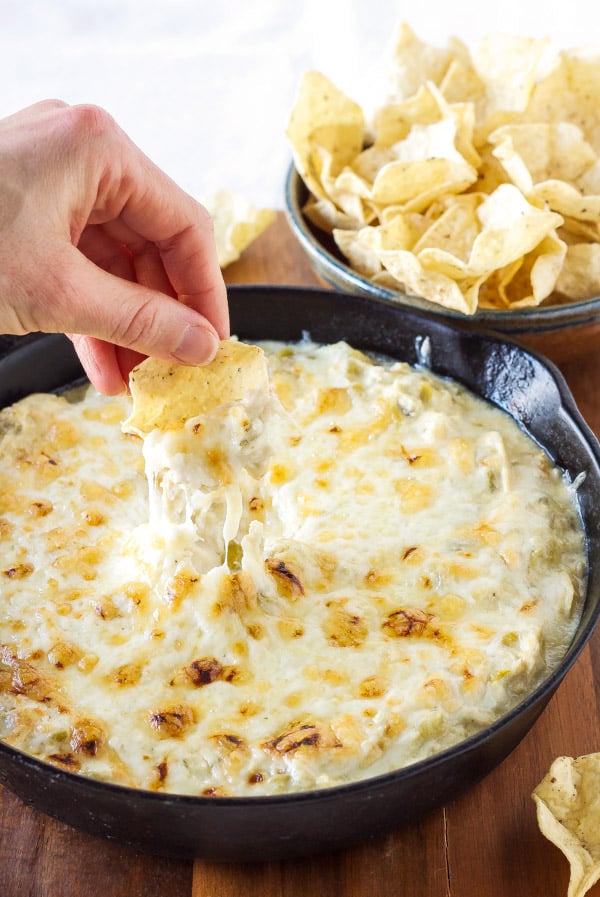 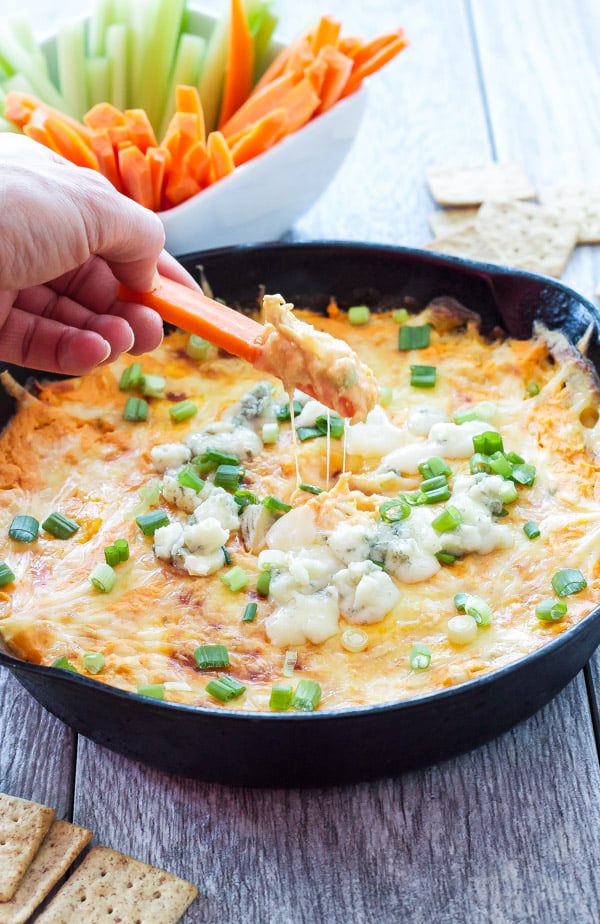 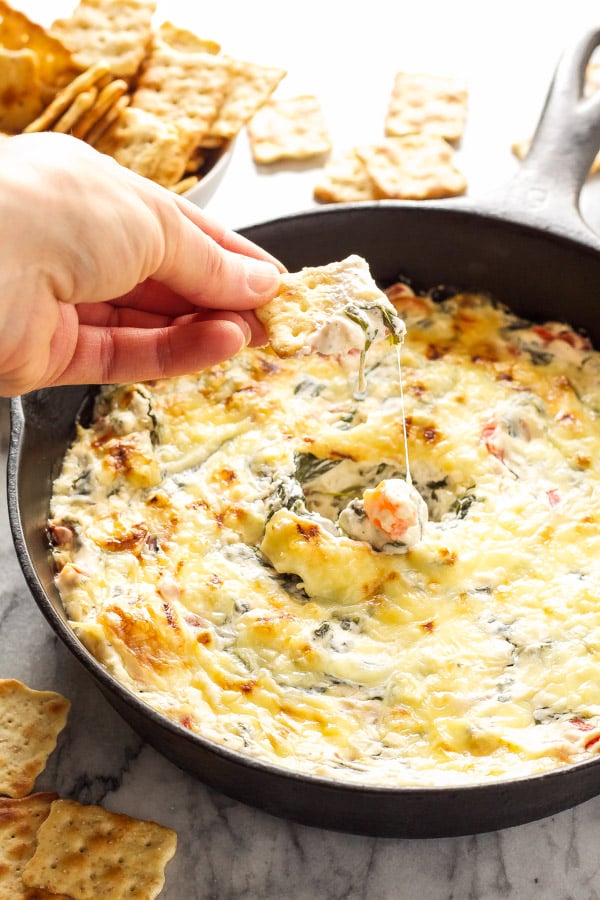 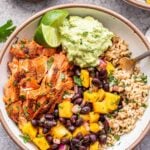 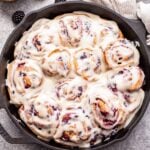 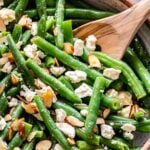 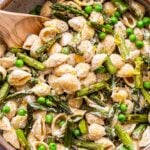 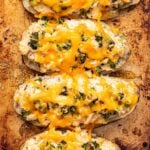 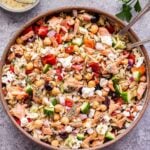 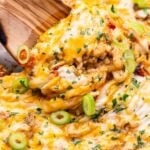