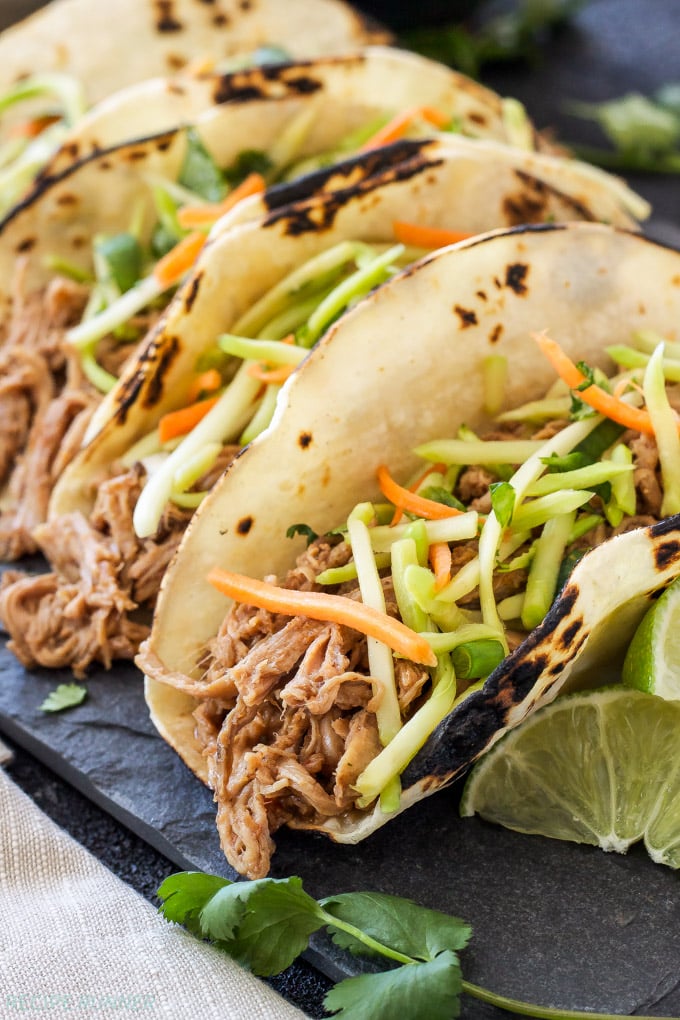 I know it’s Monday and we still have to get through today before we can eat all the tacos for taco Tuesday. But I’m purposely sharing the recipe for these Slow Cooker Korean Pork Tacos today so that you can get all the ingredients tonight and make them tomorrow, smart right?! 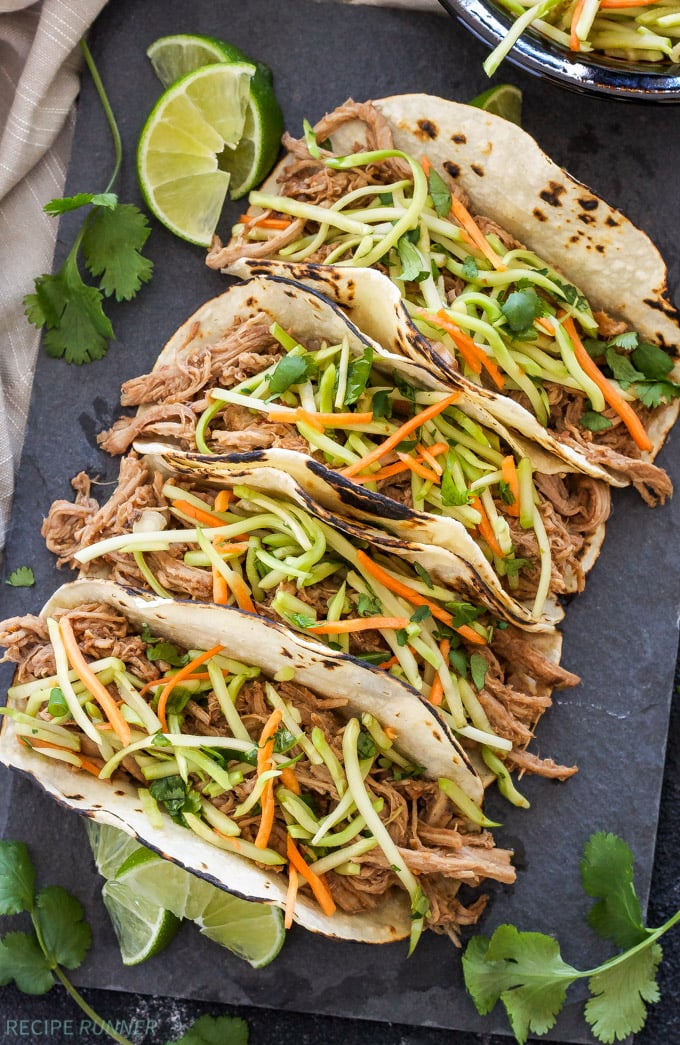 The great thing about these tacos besides that they taste bomb…do people still say that, is that they are made in the slow cooker. Whoever invented the slow cooker was an absolute genius and my guess is they disliked standing in the kitchen cooking every night. The later part of that sentence probably applies to 90% of America, the beginning part maybe not so much. Another great thing about making dinner in the slow cooker is that unless you are feeding a family of 10 or hosting a party you are almost always guaranteed to end up with leftovers and in the case of this taco meat, leftovers that can be frozen. Can I get an amen for leftovers that can be pulled from the freezer and taste just as good as they did the day you made them! 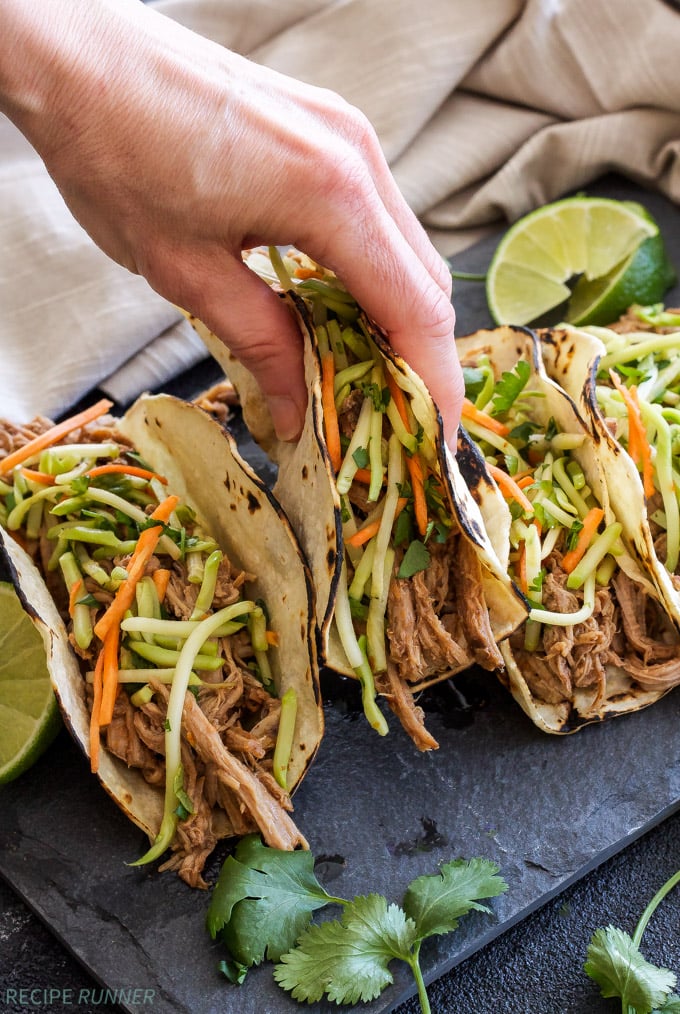 I think I’ve made my feelings clear about my love of the slow cooker so on to what I put in it. This was my first time making anything Korean inspired. I’ve always thought the food looked incredible and when I’ve read recipes for Korean food I’m a big a fan of the ingredients used, but for some reason I’ve never actually made it. These Slow Cooker Korean Pork Tacos were the perfect introduction to making Korean food! The recipe is simple, the flavors are recognizable and appealing to most and it’s a taco! 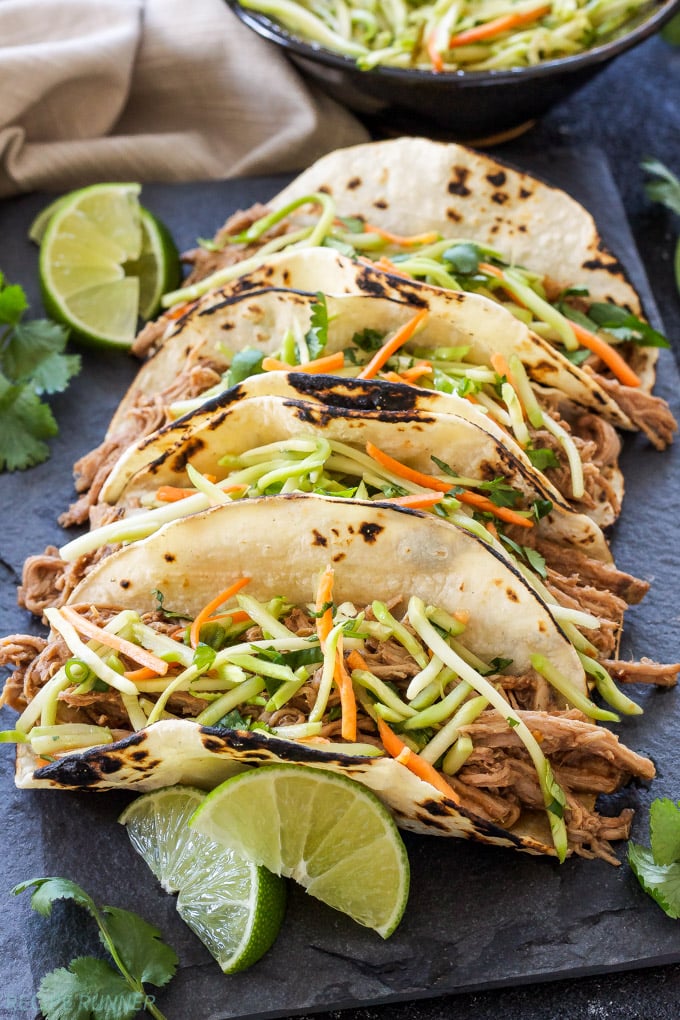 The star ingredient in these tacos is without a doubt the Chinese five spice. If you’ve never used it you need to get on top of that. Chinese five spice is a combination of cinnamon, star anise, cloves, fennel and Szechwan peppercorns. The flavor is sort of a warm spice and it can be used in both savory or sweet recipes. Obviously in the case of the tacos we’re going savory, but I’m excited to try a little baking with it as well. Instead of using pork shoulder which is what’s generally used in shredded pork recipes I opted for the leaner, but just as tender and juicy, pork tenderloin. Once the slow cooker and Korean BBQ inspired sauce has worked it’s magic on the pork simply shred it and top it with the simple broccoli slaw for some added crunch. These Slow Cooker Korean Pork Tacos are a must make for dinner tomorrow!

Leftover pork may be placed in a freezer safe container or bag and saved for a later date. 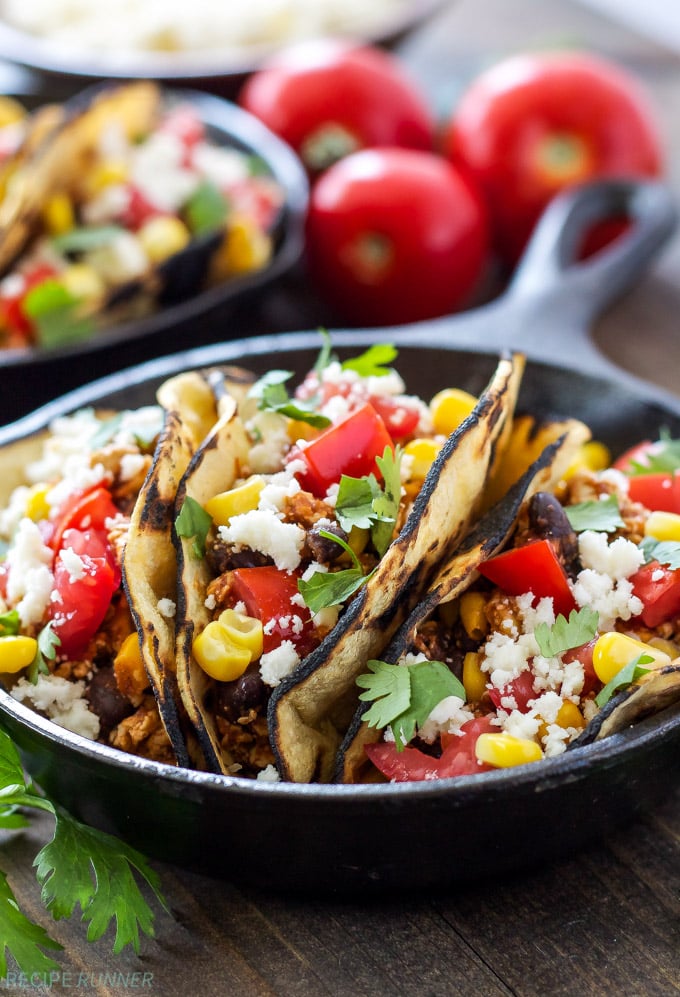 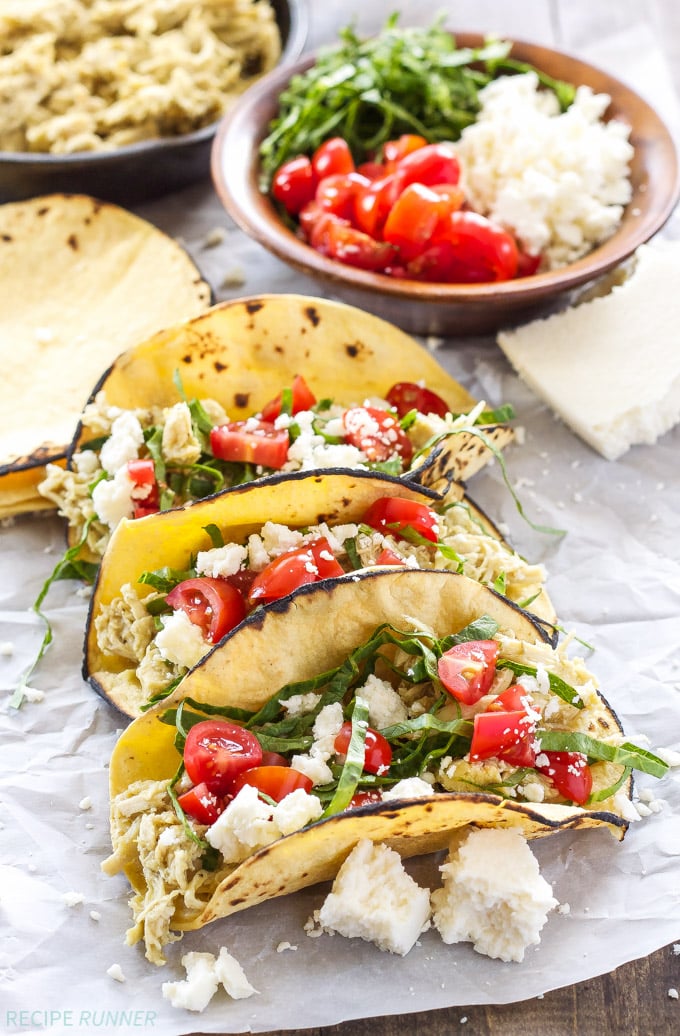 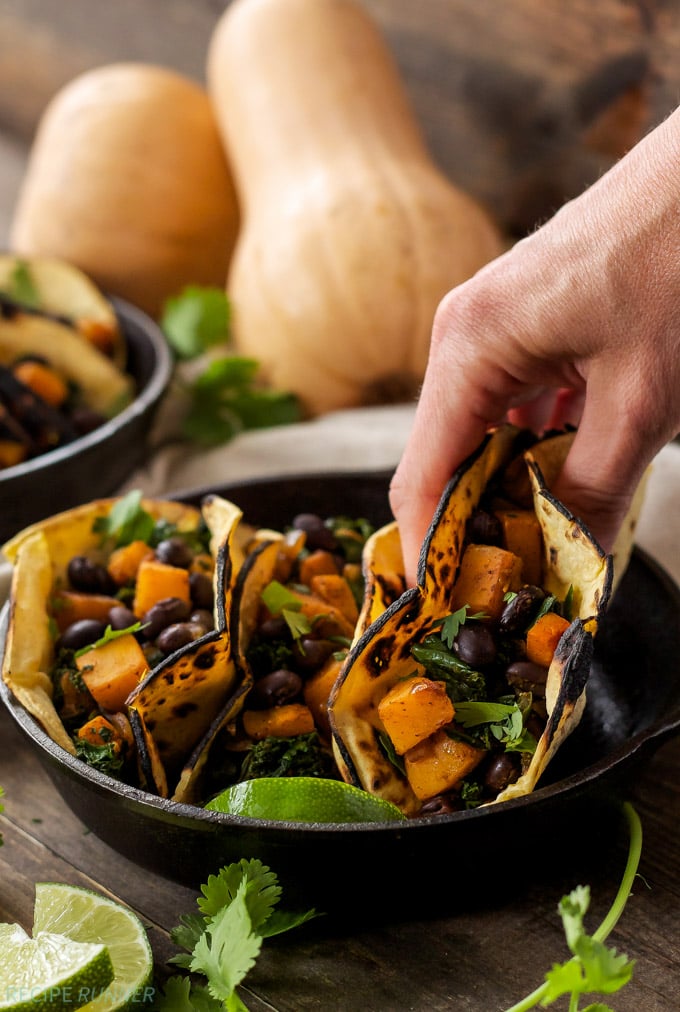 This website uses cookies to improve your experience while you navigate through the website. Out of these, the cookies that are categorized as necessary are stored on your browser as they are essential for the working of basic functionalities of the website. We also use third-party cookies that help us analyze and understand how you use this website. These cookies will be stored in your browser only with your consent. You also have the option to opt-out of these cookies. But opting out of some of these cookies may affect your browsing experience.
Necessary Always Enabled
Necessary cookies are absolutely essential for the website to function properly. These cookies ensure basic functionalities and security features of the website, anonymously.
Functional
Functional cookies help to perform certain functionalities like sharing the content of the website on social media platforms, collect feedbacks, and other third-party features.
Performance
Performance cookies are used to understand and analyze the key performance indexes of the website which helps in delivering a better user experience for the visitors.
Analytics
Analytical cookies are used to understand how visitors interact with the website. These cookies help provide information on metrics the number of visitors, bounce rate, traffic source, etc.
Advertisement
Advertisement cookies are used to provide visitors with relevant ads and marketing campaigns. These cookies track visitors across websites and collect information to provide customized ads.
Others
Other uncategorized cookies are those that are being analyzed and have not been classified into a category as yet.
SAVE & ACCEPT
Skip to Recipe
7789 shares