This delicious and simple Vegan Zucchini Bread is a great way to use a couple zucchini from your garden! Moist and loaded with cinnamon, zucchini and toasted pecans. It’s perfect for breakfast or an afternoon snack! 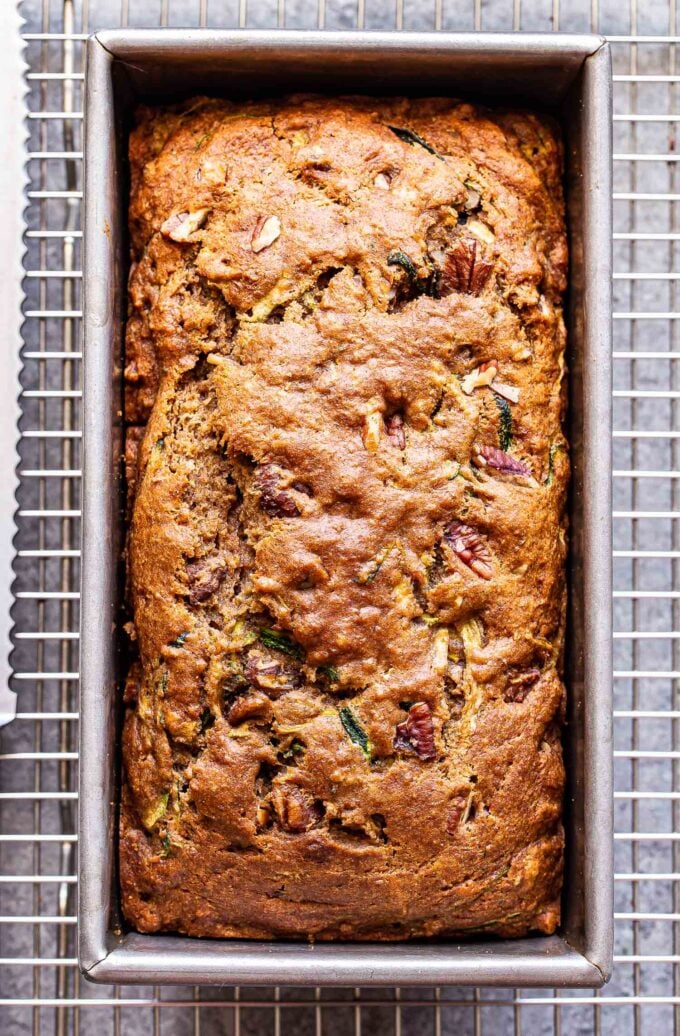 This recipe and photos have been updated since the original post on 9/11/2014.

There doesn’t appear to be any signs of fall on the horizon here in Colorado. We’re still having consistent 90+ degree temperatures. Even with the heat, it didn’t stop me from baking a loaf of this Vegan Zucchini Bread. After all, can you even have a zucchini plant in your garden and not make a loaf of zucchini bread? 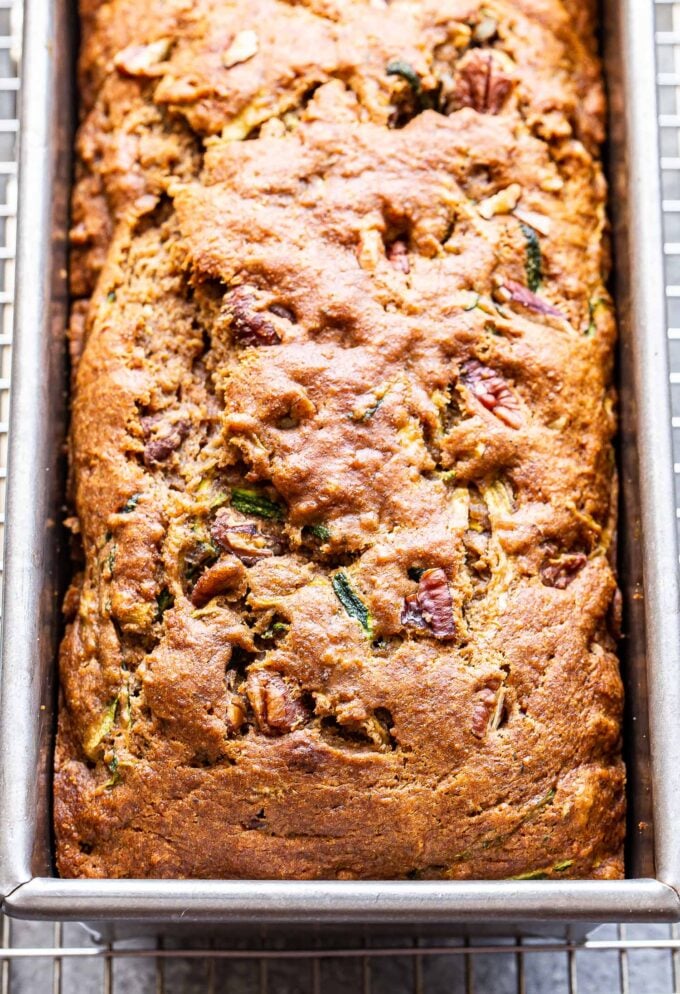 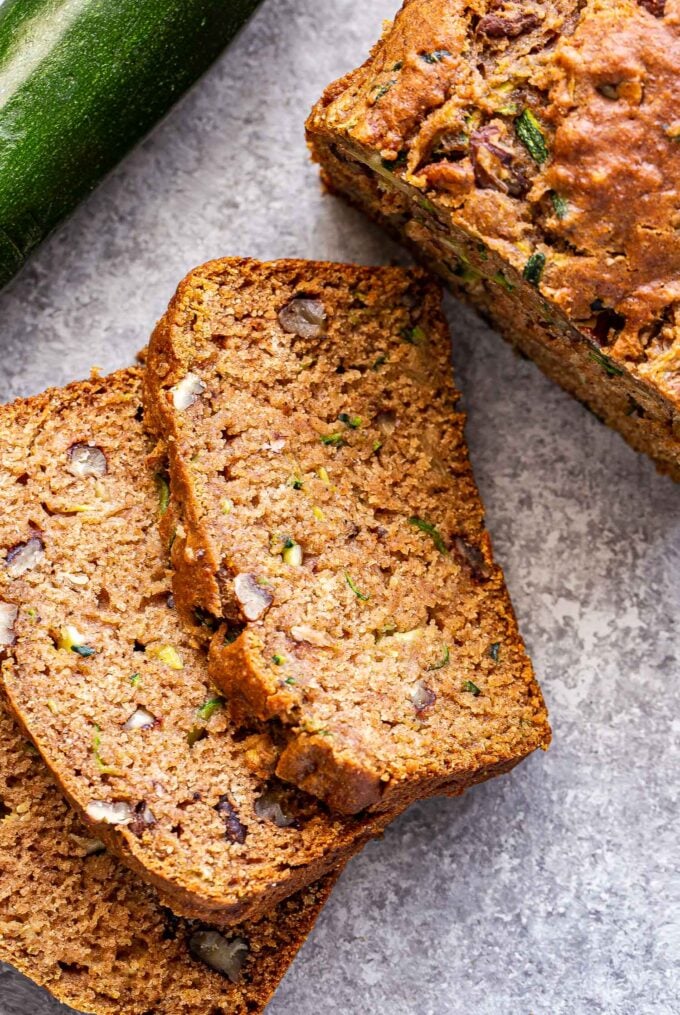 How to Make Vegan Zucchini Bread

Making vegan zucchini bread is no different that making any other kind of quick bread or muffin. Vegan baking doesn’t have to be complicated and this zucchini bread proves that.

Start by preheating your oven, then spray a 9×5 metal loaf pan with cooking spray. Line the bottom of it with parchment paper. Lining the bottom will ensure that the bread doesn’t stick to the bottom of the pan.

Add in the shredded zucchini and toasted pecans and fold them into the batter. Pour the batter into the prepared loaf pan and bake for 50-60 minutes or until a toothpick inserted in the center comes out clean. 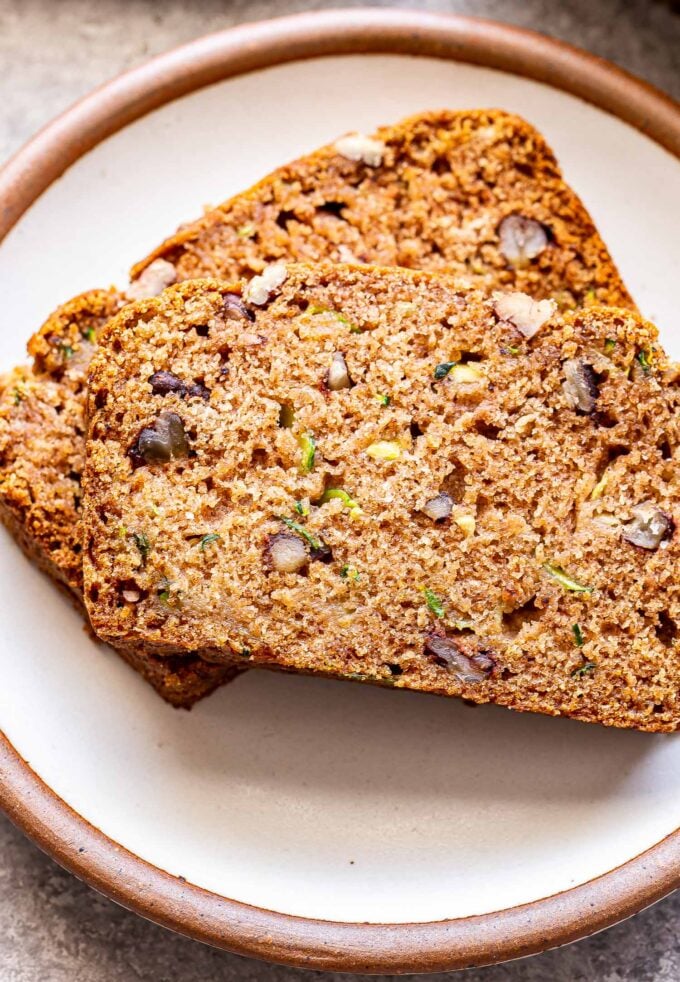 If making the zucchini bread vegan isn’t important to you or you don’t have the ingredients to do it, I’ve listed alternate ingredients below.

Applesauce – The applesauce is the egg replacement in this recipe. If you don’t have applesauce replace it with 2 eggs.

Maple Syrup – Maple syrup may be replaced with honey for a non-vegan zucchini bread. You will want to lower the oven temperature to 325° F. if you do this, as honey tends to brown faster.

Almond Milk – Dairy milk or any other type of non-dairy milk can be used in this recipe. 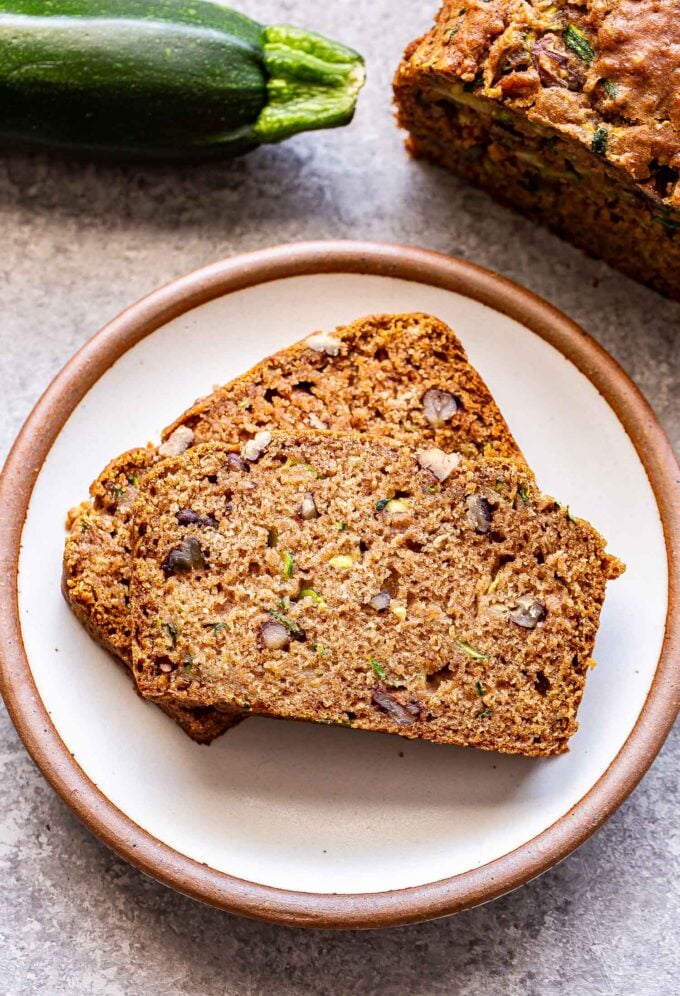 Yellow Squash (summer squash)  can be used in place of zucchini.

Walnuts, dried cranberries, dark chocolate chunks or chocolate chips can be used in place of pecans. I suggest using 1/3 – 1/2 cup. 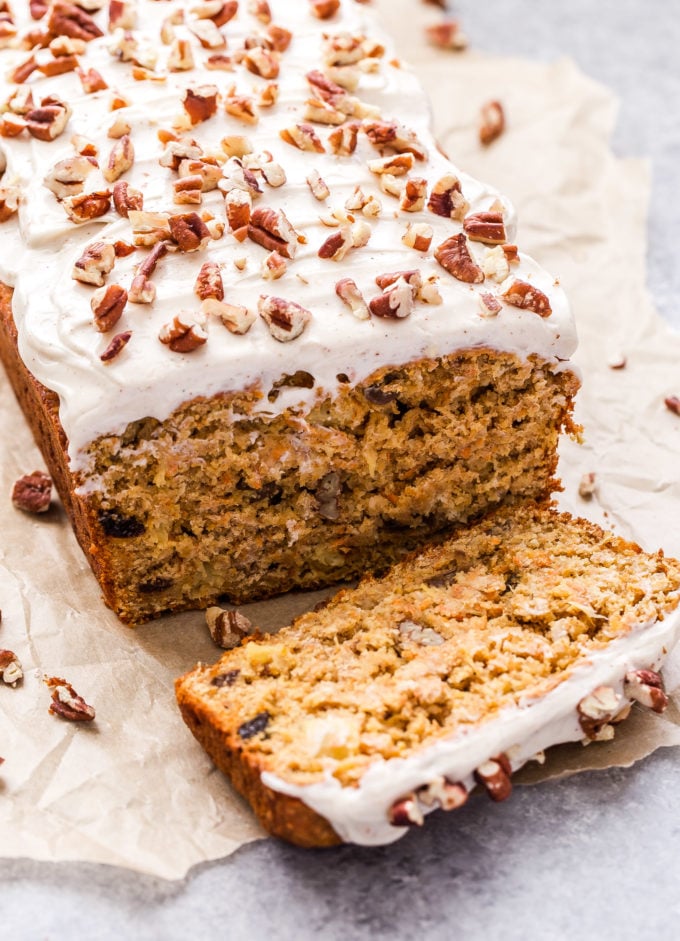 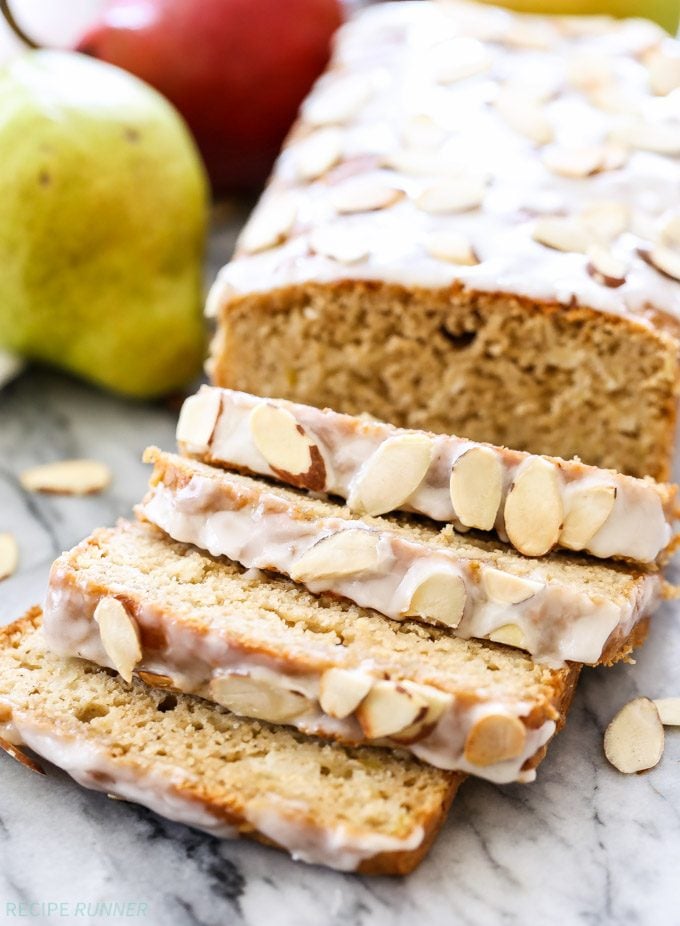 This website uses cookies to improve your experience while you navigate through the website. Out of these, the cookies that are categorized as necessary are stored on your browser as they are essential for the working of basic functionalities of the website. We also use third-party cookies that help us analyze and understand how you use this website. These cookies will be stored in your browser only with your consent. You also have the option to opt-out of these cookies. But opting out of some of these cookies may affect your browsing experience.
Necessary Always Enabled
Necessary cookies are absolutely essential for the website to function properly. These cookies ensure basic functionalities and security features of the website, anonymously.
Functional
Functional cookies help to perform certain functionalities like sharing the content of the website on social media platforms, collect feedbacks, and other third-party features.
Performance
Performance cookies are used to understand and analyze the key performance indexes of the website which helps in delivering a better user experience for the visitors.
Analytics
Analytical cookies are used to understand how visitors interact with the website. These cookies help provide information on metrics the number of visitors, bounce rate, traffic source, etc.
Advertisement
Advertisement cookies are used to provide visitors with relevant ads and marketing campaigns. These cookies track visitors across websites and collect information to provide customized ads.
Others
Other uncategorized cookies are those that are being analyzed and have not been classified into a category as yet.
SAVE & ACCEPT
Skip to Recipe
2387 shares