Cranberry Maple Pecan Baked Brie Bites are a quick and easy appetizer that’s perfect for the holidays! Mini phyllo shells filled with melted brie and topped with a sweet, cinnamon, maple, pecan and cranberry topping. They’ll be gone faster than you can put them on the plate! 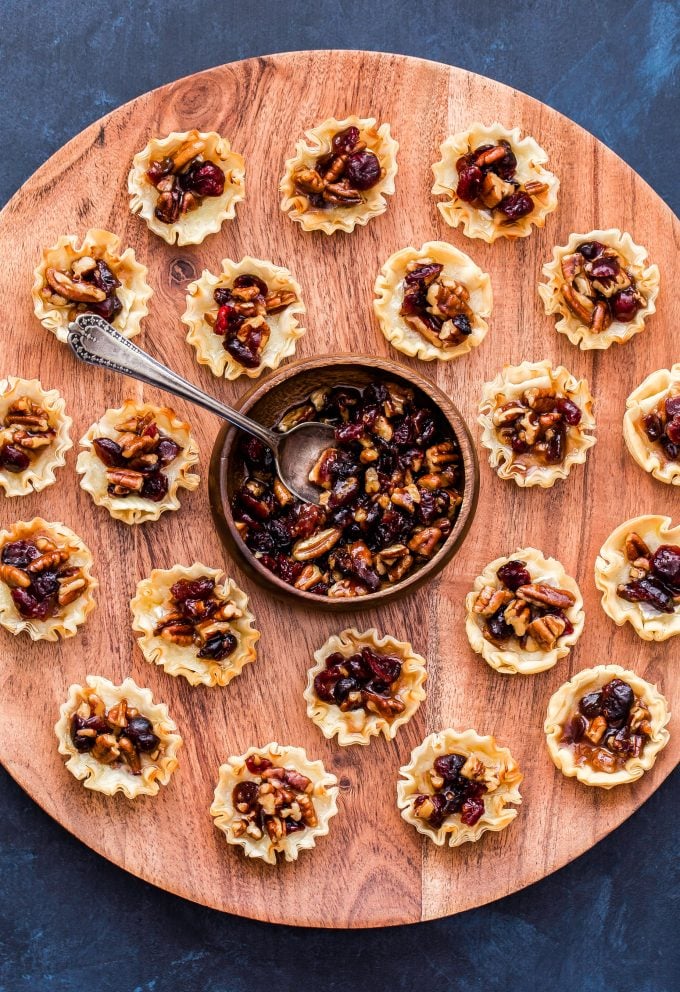 It’s holiday party season and who doesn’t need a quick and easy appetizer you can put together in minutes? These Cranberry Maple Pecan Baked Brie Bites check all of those boxes and will disappear in less time than it took you to make them!

Brie is a cheese people either love or hate. I happen to love it. The cheese is soft and creamy with a buttery flavor. It also melts like a dream! I think when people say they don’t like it, it’s because of the rind covering the cheese. The rind is can be a little funky and earthy in flavor, but it’s completely edible. If you’re totally opposed to the rind, feel free to cut it off for this appetizer.

What Do I Need to Make the Baked Brie Bites? 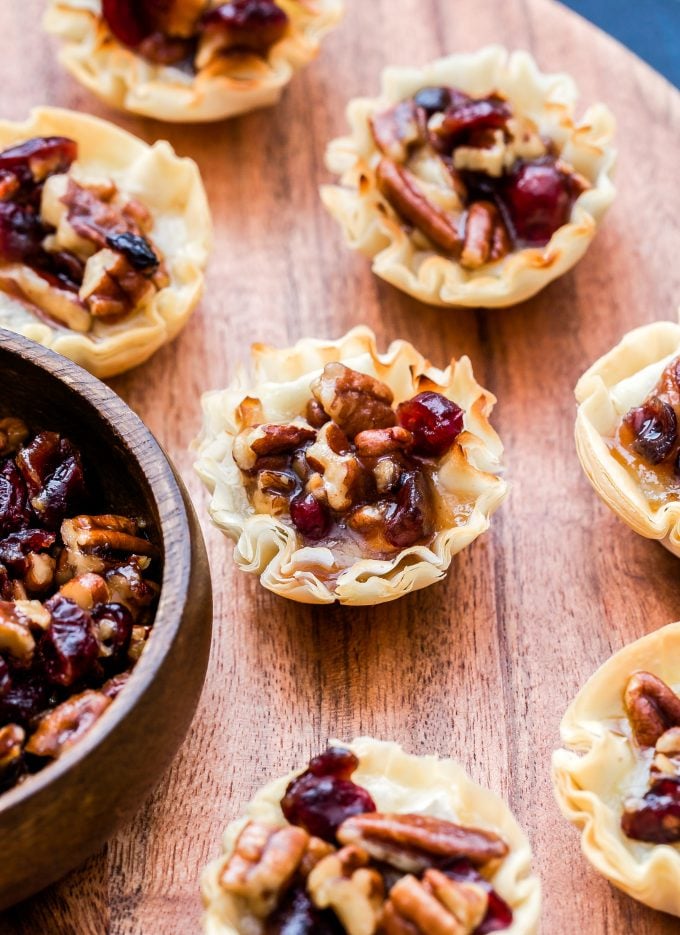 If you’ve never made an appetizer in mini phyllo shells you’ll quickly fall in love with them. I have several appetizers that use them and one of my favorites are these Baked Brie and Fig Jam Bites. They are the perfect bite size vessel for virtually any kind of filling. For a cold appetizer try these Hummus and Roasted Pepper Phyllo Bites and for another hot option, these Baked Jalapeño Popper Phyllo Cups look amazing!

The great thing about the phyllo shells is they are pre-baked so all the work is done for you. If you’re make a hot appetizer with them they only go in the oven as long as it takes to warm or in this case melt the filling. These Cranberry Maple Pecan Baked Brie Bites took approximately 10 minutes. This happen to be the perfect amount of time to make the topping.

To make the topping all you need to do is bring the maple syrup (not pancake syrup) to a boil in a small saucepan. Once it comes to a boil, add in the chopped pecans, dried cranberries, cinnamon, cayenne and a pinch of salt. Let the mixture come back to a boil and let it cook for another 2-3 minutes so it thickens slightly. 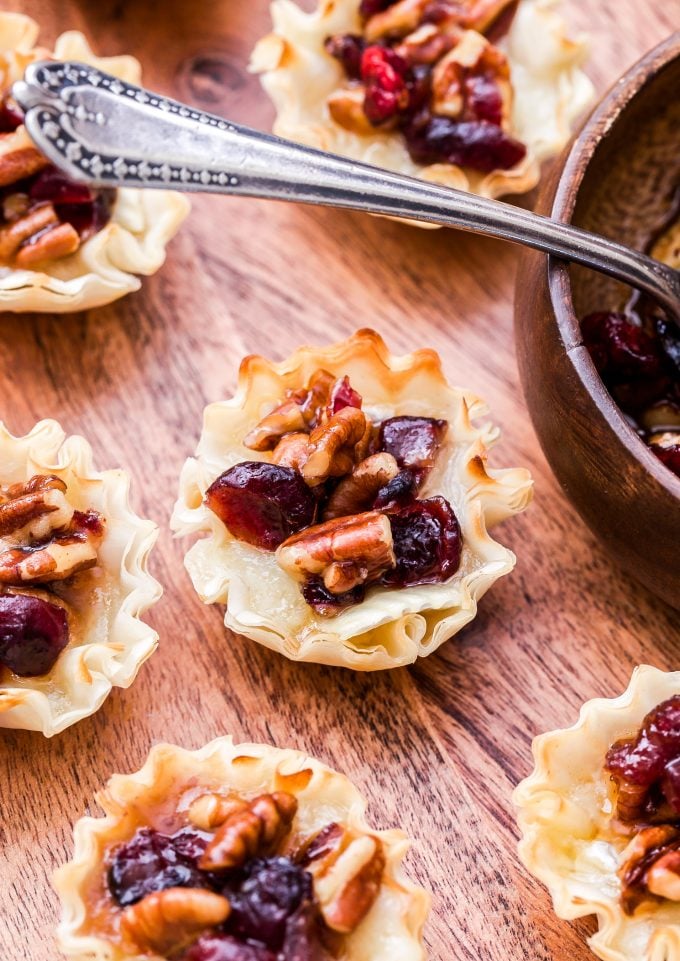 When the baked brie bites come out of the oven immediately top them with a small spoonful of the cranberry pecan topping. This appetizer is best warm, but also tastes just as good at room temperature. It’s perfect for all of your parties and easy enough to throw together when any last minutes guests drop by. 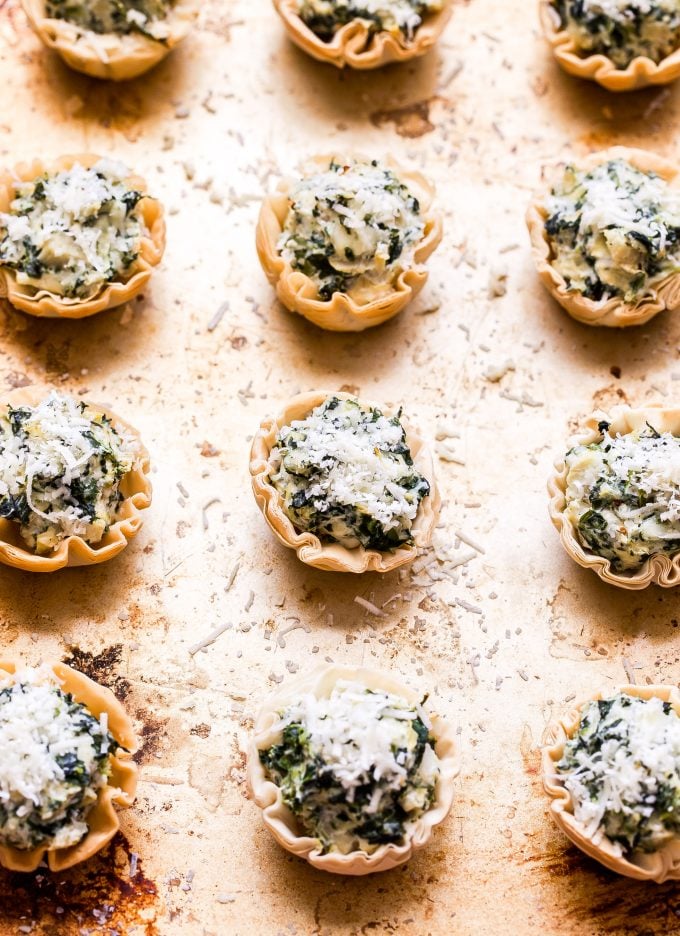 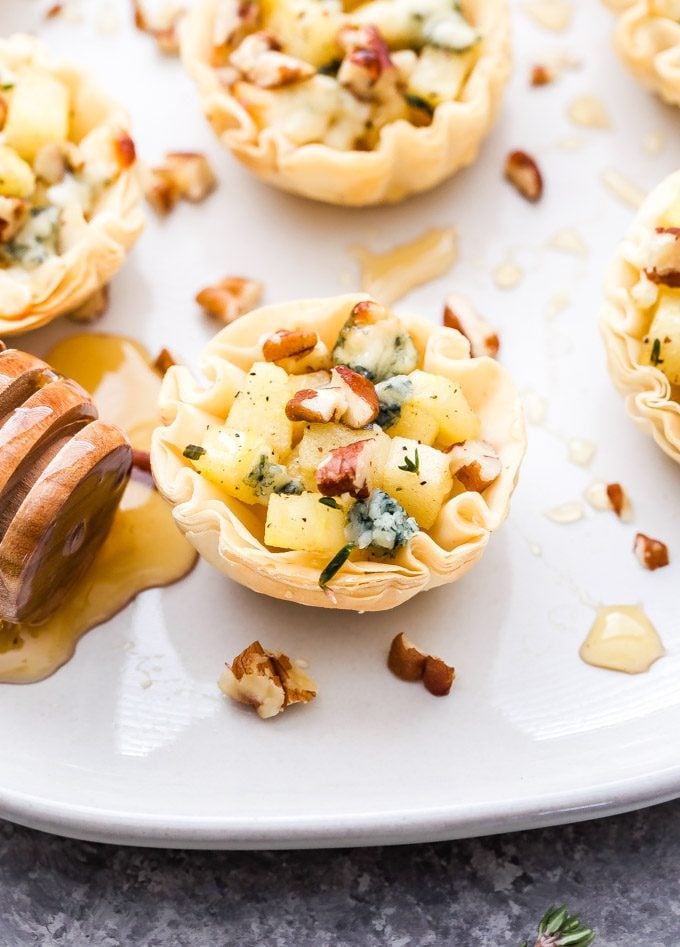 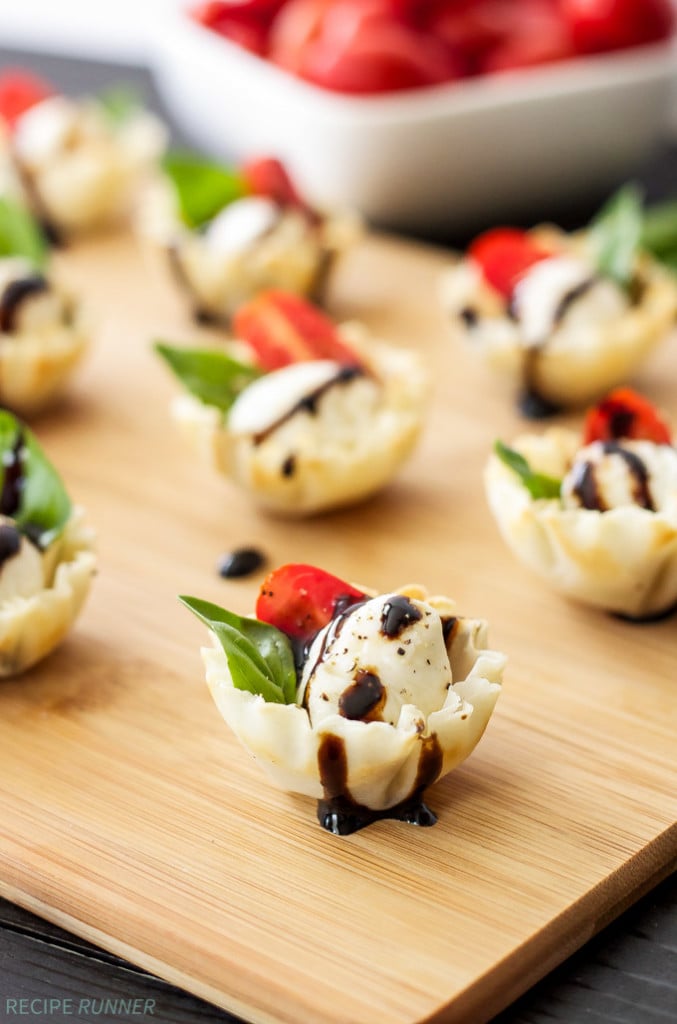 This website uses cookies to improve your experience while you navigate through the website. Out of these, the cookies that are categorized as necessary are stored on your browser as they are essential for the working of basic functionalities of the website. We also use third-party cookies that help us analyze and understand how you use this website. These cookies will be stored in your browser only with your consent. You also have the option to opt-out of these cookies. But opting out of some of these cookies may affect your browsing experience.
Necessary Always Enabled
Necessary cookies are absolutely essential for the website to function properly. These cookies ensure basic functionalities and security features of the website, anonymously.
Functional
Functional cookies help to perform certain functionalities like sharing the content of the website on social media platforms, collect feedbacks, and other third-party features.
Performance
Performance cookies are used to understand and analyze the key performance indexes of the website which helps in delivering a better user experience for the visitors.
Analytics
Analytical cookies are used to understand how visitors interact with the website. These cookies help provide information on metrics the number of visitors, bounce rate, traffic source, etc.
Advertisement
Advertisement cookies are used to provide visitors with relevant ads and marketing campaigns. These cookies track visitors across websites and collect information to provide customized ads.
Others
Other uncategorized cookies are those that are being analyzed and have not been classified into a category as yet.
SAVE & ACCEPT
Skip to Recipe
358 shares